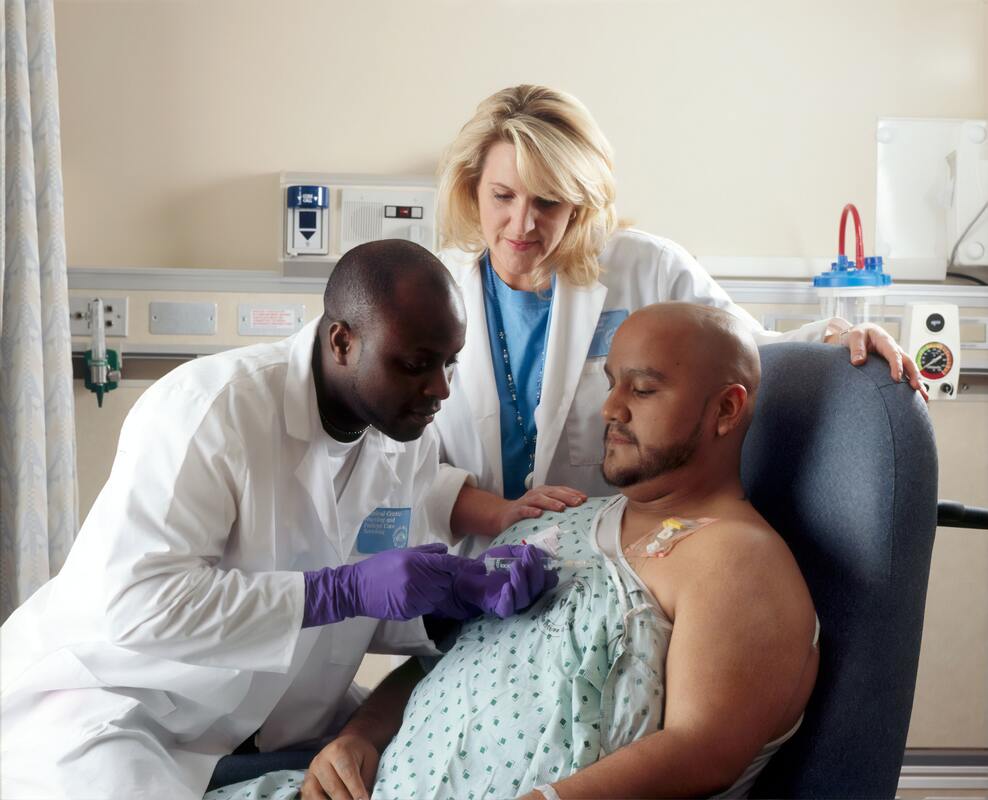 ​“Woven within our communities are strong, nurturing and selfless people.
We call them nurses.”

​
​S​ome qualities of a Nurturant Nurse

Here are the qualities of a great nurse:

1. An exceptional nurse is compassionate

Patients are often fearful of how an illness may affect their lives and the lives of people they love. They may feel as if they have lost control of their situation and that they are either too ill or not informed enough to speak for themselves. Nurses must be their patients’ voice, anticipate their needs and advocate for them when they are unable to do so for themselves.

2. An exceptional nurse is empathetic

Nurses are active listeners and make concerted efforts to really understand their patients’ difficulties and challenges. This is done without judgment.  Nurses understand that everyone has their own set of values and life experiences to draw upon and they try to see the situation from the patient’s perspective so that they can best meet the patient’s needs.

3. An exceptional nurse is self-aware

Nurses have a high degree of emotional intelligence. As nurses, we must first understand ourselves and the way we think in order to understand how a patient might feel about his condition or react in a certain situation. We must also recognize how our strengths, limitations, values and beliefs influence our decision-making process so that we can make objective, informed decisions that are in the patient’s best interest.

4. An exceptional nurse is detail-oriented

Nurses are meticulous and must pay close attention to the smallest details. They have excellent organizational skills and strive to maintain order.

5. An exceptional nurse is a quick thinker and utilizes excellent judgment

6. An exceptional nurse is a lifelong learner

Nurses must be technically strong with a thirst for knowledge. The nursing profession is a scientifically rigorous discipline that requires continuing education. Ongoing nursing education supports the professional practice of nursing and ensures the delivery of safe, evidence-based, high-quality care for patients.

7. An exceptional nurse does not forget the importance of a smile
​
A nurse’s smile displays kindness and shows confidence in the care we provide. A smile also makes us approachable, allowing our patients and family members to feel comfortable enough to ask questions about their care.

​"Leadership in the pandemic hasn't come from elected officials or spiritual guides, but from a group that is underpaid, overworked, and considered secondary even in their own workplaces.  As so many have dropped the ball, nurses have worked tirelessly out of the spotlight to save lives, often showing more concern for their patients than for themselves.  I worry their trauma will persist long after we re-emerge from hiberation. Covid's legacy will include a mass PTSD on a scale not felt since World War II.  This burden should not be ignored."

In Appreciation of the Video

Her garden is work because it is of devotion, undertaken with passion and conviction, because it absorbs her, because it is a task or unrelenting quest which cannot be satisfied. (Donald Hall in Life Work)

The image of garden, and that of a Covid I.C.U. unit, are very different.  One can seem like a happy place and the other, if you work in an I.C.U. unit, is a bit sadder.  But the rest applies.  The work of a nurse in such a unit, like the work of a gardener, aborbs her, and it is a task or unrelenting quest which has moments of satisfaction, but cannot be fully satisfied.  Both the gardener and the I.C.U. nurse can leave their place of work for a time, going back to friends and family.  They need their respites, their sabbaths.

But they return, devoted the task and, at some deep level, devoted to life.

In this devotion they resemble the nurturant source of all life, who is also devoted to life, and who also has faith in life. They resemble the mind and heart of the universe – God – at least as imagined by open and relational theologians in the open and relational tradition or, following John Sanders,I will call the nurturant tradition,.  For us in the open and relational community, God is more like a nurturing nurse, or a gardener, albeit everywhere at once and more than anything we can quite imagine, than a king on a throne.
​
Some in the nurturant or open and relational traditiion have begun to speak of a nurturant Christianity which is inwardly inspirted, not by the image of an authoritarian ruler whose primary purpose is reward and punishment, but that of truly loving parent who seeks the well-being of her children, suffers with them, calls them to live good and creative lives in community with one another, and never gives up on them.  God is Amma or Abba.  Here I am  thinking particularly of John Cobb in his book Jesus’ Abba and John Sanders I am suggesting that some might address God as Caregiver -- or, if we wish, the divine Nurse whose heart is seen. among many other places, in the nurses of I.C.U units.

The Nurturing Nurse
as an Image of the
​Nurturant God

The nurturing nurse is also self-aware and attentive to detail, willing to enter into the nitty-gritty of bodily life, like Jesus.  Here as well the nurse is an image of God.  The nurturant God is not cut off from the world by the boundaries of divine transcendence; this God is in the world and with the world.

The nurturing nurse does not pretend to know the future in advance, instead the nurse knows that the future is open even as the past is settled,  Here, too, the nurse is an image of God.  As John Sanders puts it, the Nurturant God "listens to our input and is flexible in adjusting plans."  God would not need to adjust plans were the future already known.

The nurturing nurse can make a quick judgment on what is needed in the situation at hand, so that optimum results are available, whatever they are.  This is how God works, too. God provides initial aims or fresh possibilities relative to each situation: the best for the situation at hand.

The nurturing nurseis a non-anxious presence and listening ear, whose healing power lies as much in being present as in "doing" something.  At the heart of God is a deep Listening.  The listening side of love is as important, sometimes much more important, than the possibility-giving side.

Amid the listening, there is a power and a humility.  The nurturing nurse is often unrecognized or taken for granted by those in position of power, but does not need to be the center of attention or an object of flattery.  The nurse is the humility of God in human form.

The nurturing nursetakes care of people at all stages of life, from birth to death, with a tender care that nothing be lost.  This tender care, even amid loss, is itself a revelation of divine companionship.  Tenderness is another name for God.

The nurturing nurse is not a king on a throne preoccupied with questions of reward and punishment.  The nurse is a care-giver and hope-giver, a crisis-manager and a consoler in time of grief.  God is a cosmic care-giver whose essence is relational love.

O Nurse who art in heaven, hallowed be your companionship, your tenderness come, your will be done, on earth as it is in the I.C.U unit.and the Delivery Room.  Thank you for the care-givers in these and other rooms who are your ambassadors on earth, your hands and feet and heart.  May we honor them and become, each in our way, nurses for all that is good and holy in life on earth and beyond.  In the spirit of your love, Amen.
Open Horizons