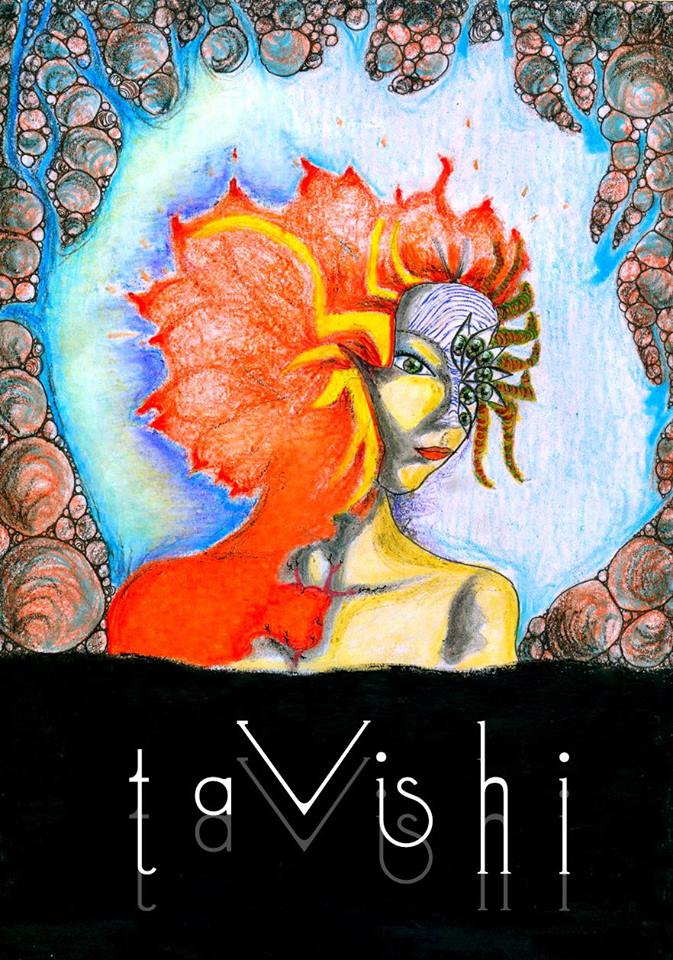 click on button for introduction to Tavishi by Lewis Gordon
Getting to Know Tavishi, the Stem-Cell Researcher Making Innovative Sound Art
Excerpts from Review by Lewis Gordon in Bandcamp Daily

"Voices in My Head" and "Boundaries"
​

"Voices in my head": An Interpretation

The album presents a yearning for relationships:
​seeking a world beyond identity politics, gender binaries,
fear of 'immigrants', and the binary between humanity and nature
​

“Voices in my head” by Tavishi (Sarmistha Talukdar) presents a needed move, generally, for relationships. A collection of possible objects, a call to mobilize entanglements through collectivity, to enable instruments of change and disintegration, through instructions on listening, to encode and decode certain messages, through the programmability of possible objects. The compositions collected are artifacts for re-composing. Resisting the fixity of their recorded bases, resurrecting and transforming as models. They transmute the digital problematic of material world into humane impressions; the grand scale of the Anthropocene is enacted in small gestures. This seems to be in some way in line with the grand claims of that humanity is a prototype for a greater Creation, a biological mediation for synthetic technologies.
​
Mediating human identity politics, in traumas, experiences, is a double marginalization, woman and animal. Romanticism is deflated by the inherent exploitation in naturalism, gendering reason and emotions, feminizing nature. What is needed is a pledge of allegiance to no one, deconstructing the human form through substitutability, destabilizing hierarchies, even as entangled in the yearning for identity. Unsettling the positions, rejecting culture because of its abuse of nature destroys both culture and nature.

​What happens when the history of the nature-culture binary ends? Humanity is already unequally distributed, and it can be imagined most critically as itself a kind of open wound. As in war, people are not spared. War brings particular ways of distinguishing natures through death."

So Where's the Spirituality?

it's in the listening for love's sake

We listen to voices inside our own heads, and we listen to voices inside other people’s heads, for love's sake.  The voices we receive in the listening, and that the Soul itself redeives, are a potpourri of sounds, sometimes verbal and sometimes sonic, sometimes conflicted and sometimes complementary.   We listen because we care about the people themselves and because we seek a world of positive relationships – a world of communities, each of which are creative, compassionate, participatory, diverse, inclusive, humane to animals, and good for the earth, with no one left behind.  These communities are the building blocks of what we call “ecological civilizations.”  They are not Anthropocene, as if the world must be humanized at the expense of other creatures and the earth, but rather Ecozoic.  It is the well-being of all that we seek: human and more than human.
​
It is with these aspirations, then, that we listen to the sound art of Sarmistha Talukdar: Indian artist, scientist, photographer, and vocalist.  We listen with our eyes as well as our ears, and most importantly with our hearts.  Such listening may seem naïve to those involved in the harsh realities of identity politics and injustice.  It may seem that what is most needed is not empathic listening but rather advocacy and protest in a spirit of pain and anger.  And, of course, there is a powerful place for such advocacy and protest.

But the anger and protest must be grounded in a true understanding of what life-situation of other and, for that matter, in a true understanding of our own situation.  This understand can only emerge if we cast way pre-conceived frameworks (binaries) and allow the complex entanglements of other people’s life, and our own, to weave their way into whatever wholes are possible, moment by moment.  Tavishi’s “Voices in my head” is an occasion for just this kind of listening, after which, along with Tavishi, we seek to build the needed civilizations, community by community, for the sake of life and for the sake of Life, where no one is left behind.
Open Horizons