These words were not written by either philosopher – David Hume or Rene’ Descartes – or by the Buddha.  Rather these words were written by my favorite singer / songwriter J.J. (John) Cale.  Many philosophers, theologians, psychologists, and others, however, have tried to answer the question of “Who am I?”.

In his highly entertaining and enlightening article, “Sudden Amnesia Showed me the Self is a Convenient Fiction,” philosopher, Steven Hales, takes up the question – “who am I?”.  Hales suffered a temporary, short-term memory loss, a transient global amnesia (TGA). The article describes his  confusion, the fact there is no clear understanding of the cause(s), his recovery, not however, the recovery of the six hours he was under the influence of TGA.  He had lost all memory of that period except for what his wife described for him.  Those descriptions of what occurred, what he said, and what he did make up his memories of that period.  Hales notes, “Losing memories is eerie, like a discontinuity in the narrative of the self.”  It is as if pages have been removed from your biography.

Hales tells us that John Locke, in An Essay Concerning Human Understanding (1689), argues that “he was the same person … because he … remembers …” past events.  However, Hales points out that other thinkers challenge this idea due to the claim that no one memory goes all the way back and connects past and present.  Moreover, we and others edit our memories.  And some memories are just lost to time.  Hales also reports that Hume believed we are “a bundle or collection of different perceptions, which succeed each other … rapidly …”  Therefore, a continuous identity overtime he thought to be a fiction.

Both the Buddha and the process philosopher, Alfred North Whitehead, posed answers to this troubling question of, who am I?, as well.  For both the Buddha and Whitehead we are not an enduring entity, but rather we are becoming.  Everything, every entity, is impermanent.

It seems to me the Buddha, who taught the idea of “no-self,” would agree with Hume.  Hume claimed we are just an assembly of parts that we refer to as (in my case, Terry) ourselves.  Buddha went further, claiming that everything changes; everything is impermanent, including us.  Therefore, who we are is constantly changing, moment to moment, until we are no longer the person we were last year, or ten years ago, or 70 years ago.

Likewise, Whitehead argued that we (and the entire universe) are becoming.  Change, process, is the central fact of life.  For process thinkers, the claim of impermanence is facilitated through a combination of processes - “prehension” and “concrescence”.

So, process thinkers argue that we are becoming through a process that involves our past, our memories.  So, who are we without our memories?

Hales tells us that other people may provide the memories that we have lost or at the very least edit them.  What of those who suffer the debilitating effects of dementia or Alzheimer's?  Who provides their memories?  Do they continue on the path of becoming as process thinkers and Buddhists propose?  Or are they no more?  Have they stopped becoming?

Process thinkers claim that we are who we are in a given moment based on our memories connecting with our present moment, thus creating something new, something novel.  Buddhists suggest that since everything changes, everything is impermanent, that there can be no permanent self.  Due to the impermanence of the world, Buddhists claim it is best to live in the present, “be here now,” as the saying goes.  Hales doesn’t recommend that way of life, for living without a past is not a good thing.

Mindfulness enthusiasts encourage living in the moment, without regret for the past or anxiety about the future. For them, I can recommend amnesia, which is an excellent way to live outside of time. It’s not a state in which to take up residence indefinitely, though, as the story of ourselves is a temporal one. I’m glad to have rejoined the narrative.”

Thankfully, I haven’t experienced memory loss like Hales or the sufferers of dementia.  I can only imagine what loss of my memories would be like.  But the loss of my memories, which identify me and connect me to those I love, would be a worse fate than death.  Worse than death, because to stop the process of becoming is death in a very real sense.  Who am I?  ‘I’ changes from moment to moment.  ‘I’ am in process; ‘I’ am becoming.
​

David Hales: Excerpts from Sudden Amnesia
Showed me the Self is a Convenient Fiction in Psyche
​

Terry Goddard's essay means a lot to me, because several of my friends and loved ones have died from Alzheimer’s.  As I have walked with them in their journey, I have needed to ask, “Who are You?”

The understandable temptation is to think of them as who they were, and then to experience sadness that their past "you" has died.  This is inescapable.  But process philosophy has helped me to balance this response to their situation with another idea.  It is that the self truly is in process, moment to moment, and that over the course of our lives we – and they – become new selves.

Of course, it helps if our new self can remember and build upon memories of the old self.  But I find that if I am able to focus on the here-and-now of who my loved one is now, and not focus so much on who they were, I am consoled a bit, and my attitude may well help them, too.  I do not insist that they define themselves in terms of their memories; I do not correct them; I recognize that they have entered a different world and that upon so entering, they have also become new selves.

Heidegger reminds us that to be a self is to be-in-a-world.  He does not mean a physical world; he means a mental world.  My friends and loved ones have entered a new world and, along the way, lost connections with their old worlds.  However, they do have connections with their new world and my task, as their friend, is to hear them in a loving way and, as best I can, shepherd them in the journey.  Yes, the old self has passed.  But they are not exactly dead.  They are still travelling.  The loving response is to hold their hand and travel with them.

In that travelling there is a relationship that endures, and there is a painful richness that is beautiful in its way, as was any richness known in the past.  Process philosophy is not about process alone.  It is about relationships.  If we are able to relinquish preoccupations with remembered pasts, we may grow in our own capacities to accept the new selves that people become. We can say, "Whoever you are now, I love you.  I will not leave you, wherever you are.  Our relationship is not dependent on who you were.  It is not even dependent on your knowing me.  I am with you, no matter what, and I will continue to hold your hand.  We are together in a way that transcends memory." 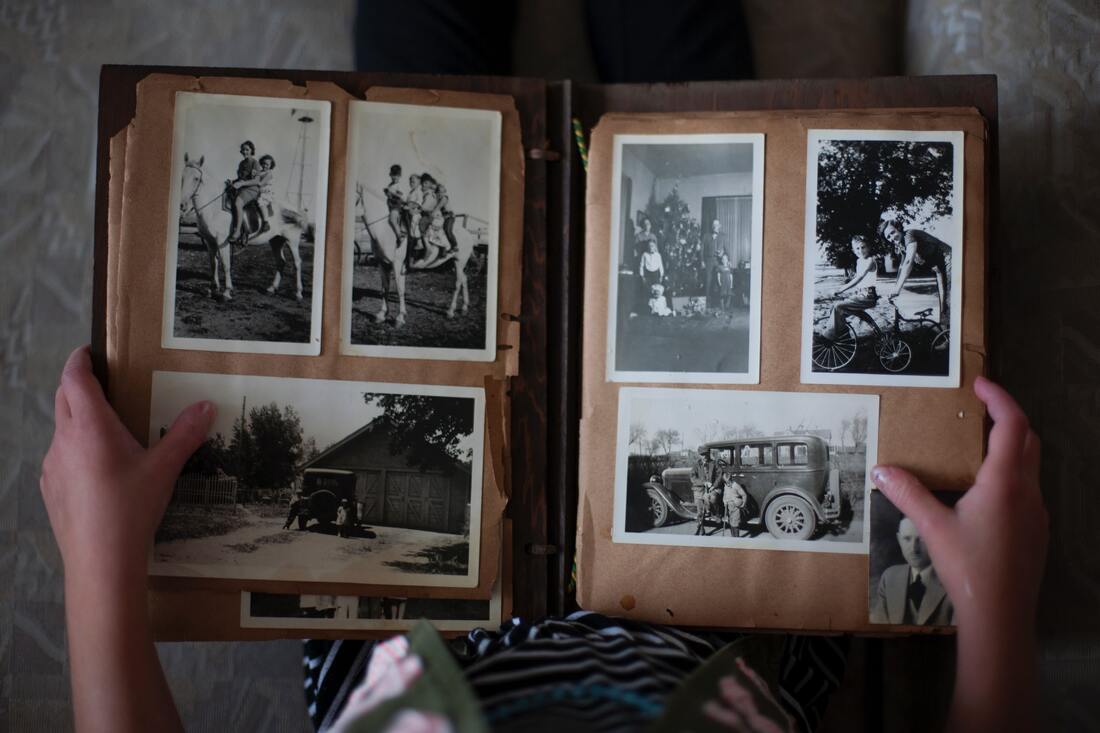