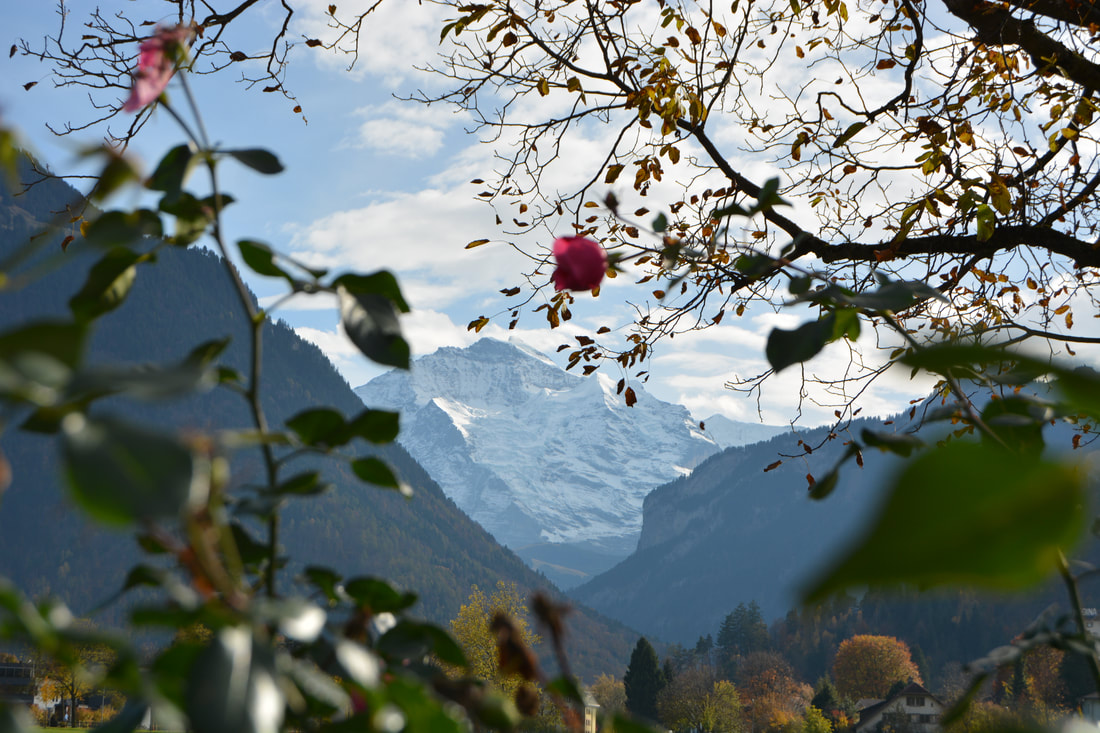 ​Expanding Circles of Thanks

​It is common among Jews to assume that Thanksgiving is really a Jewish holiday. Quoting nameless "historians," website after website notes that the inspiration for the Pilgrim's thanksgiving feast was the Biblical Festival of Sukkot (Tabernacles) -- a fall festival that expresses gratitude for the harvest, for the land, and is celebrated in booths adorned with fall bounty and color, complete with feasting on seasonally appropriate fare. At the core of the Sukkot observance is the recitation of Hallel (psalms sung as expressions of exultant thanks), and the shaking of the lulav and etrog (a bundle of plants symbolizing life, abundance and thanks).

Puritans, the argument goes, were deeply immersed in the Hebrew Bible. They saw themselves as the new Israelites -- hence many took Hebrew names, gave their new settlements names from the Land of Israel and the Books of Joshua and Judges, saw themselves on a new exodus journey to a new promised land. Their knowledge of Scripture was deep and personal -- they would have resonated to a celebration of autumnal bounty conducted by a people journeying from oppression to freedom.

The Sukkot theory of Thanksgiving is really great. And it could even be true. The only challenge is that I couldn't find any colonial Puritan authors who made that claim. What is charming about it, nonetheless, is the resonance that so many Jews feel toward Thanksgiving. It is a very "Jewish" holiday, even if it wasn't a Jewish holiday to begin with: Great meal, great company, celebrating life and joy and resilience and freedom in community. All values embedded deeply in Jewish tradition.

But I'd like to invite us to a more nuanced and complex vision of what we can celebrate in Thanksgiving and in what we can dedicate ourselves to for Thanksgivings yet to come.

The term "Jew" comes from the Hebrew word Yehudah meaning thanks, joy, gratitude. At the core of the Jewish way is a resilient joy that directs our attention toward the blessings we already have, those we need to work toward to realize, and the need to share those blessings in community.

Turns out that Native American traditions have such a tradition as well -- feasts of gratitude in which the abundance of the earth and community are shared, noticed and celebrated. So do most of the world's wisdom traditions.

When I was a child, the Thanksgiving story was presented as early Americans (the Pilgrims) hosting a meal of gratitude that hosted Indians. The Indians were guests, the Americans were European. And we latter day Americans focused on the nascent democracy found among the Pilgrims.

As I grew and read, the circle expanded. I learned that the "Indians" were First Americans. They are not outsiders to America's story, they have always been at its heart. So, Thanksgiving expanded to include two incompatible tellings -- the tale as told by Puritans and a very different perspective as recounted by Native Americans. There was a bittersweet quality that joined the older narrative, a tale of displacement, of blindness to the wisdom and depth of the culture of First Americans, of their generosity in reaching out to the newcomers, of opportunities for cooperation and learning missed, of sheer survival against overwhelming odds.

But the expanding circles keep growing. Shortly after that first Thanksgiving Africans joined this continent as unwilling captives enslaved to serve European farmers and merchants. They too were seen as outsiders, and they too are now an irreplaceable component of the American story. Another layer of grief and tragedy, but also of extraordinary courage, caring, persistence and faith was added to our complicated national identity.

And the list continues to expand. First seen as interlopers, outsiders, group after group, moved from perifery to core, from alien to American: evangelicals, Jews, Irish, Chinese, Japanese, Mormons, Mexicans, Hindus, Buddhists, Muslims -- each community (and still others) contributed their stories, perspectives and traditions. These cacophanous tellings were first viewed as threats, eclipsing what it means to be American. Eventually we recognized each new tide as expanding, transforming and elevating what it means to be us.

That process is by no means finished and is very much in process. Women made a claim to their own dignity and humanity -- gaining first the vote, then growing power and a recognition for the distinctive ways that women add to American culture and vitality. Gays, lesbians and transgendered people have started to make themselves heard as participants and contributors, no longer tolerating those who would banish them to the margins. People with special needs are gaining a slowly attentive hearing -- asking not for pity and charity but for access, dignity, partnership.

Most recently, brave voices have started to speak on behalf of the rest of the biosphere and our beleaguered planet. Can one love America and rape the land? Is is possible to celebrate "from sea to shining sea" while depleting those oceans of diversity and life, while dumping so much carbon into the air that we are literally choking the plankton that helps our planet breathe?

As the circles expand to include those who used to be invisible, marginalized, despised, our tellings of Thanksgiving become more nuanced and layered, and they shimmer with flashes of color they previously lacked. We are all enriched to inhabit a world of raucous diversity and resilient inclusion.

Our dinners may be less simplistic, and our giving thanks is now joined by taking responsibility. But as our telling swells to include many stories, we are made that much greater by the expansiveness of our humanity -- warts, joys and all.

And for it all, let us breathe deeply, take it all in and give thanks. God bless us, everyone!