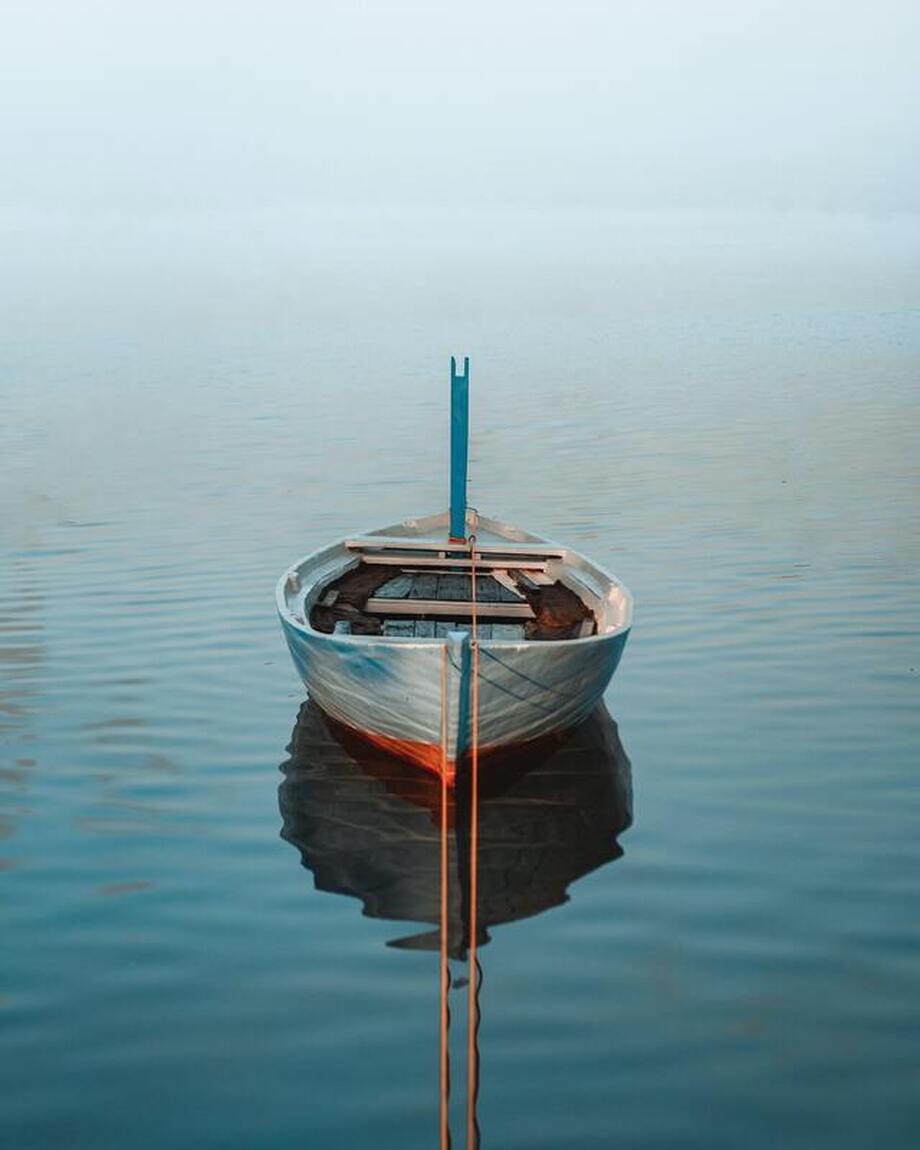 Photo by Saffu on Unsplash
​The past isn't changeless. It floats into the future in unpredictable ways, like a boat in an ocean subject to the unexpected currents that shape it. Or like a poem released from the boat, with words to be interpreted by unseen others. Even the past is on an odyssey. This is but one of many insights that come from a video on this page: "Objects in Odysseys" by the eco-digital artist and musician Bill Psarras.

"Objects in Odysseys" by Bill Psarras

​Objects in Odysseys is a work in performance art created by Bill Psarras in cooperation with the sea, a boat, a camera, drones, and objects. Click here for Psarras' website.

The objects are poems and stories placed in floating containers left to drift in unpredictable waters of the sea and enfolded within a womblike whole.

​The objects are on an odyssey, as are we all. Psarras creates "a poetic condition for the future made of objects, gestures, intentions and words; revealing a universal link between life, sea, womb and destination."

"Bill Psarras (1985) is an artist, academic and musician. He is an Assistant Professor at the Department of Performing and Digital Arts, Faculty of Fine Arts, University of Peloponnese, working in the intersections of performance art, site-specific practices and video installations.

His art practice explores poetics across different media, merging the poetic and the technological. This includes site-specific walking performances, media/text installations, video art, music and poetry; exploring the geopoetics and politics of humans, cities and liminal sites. They have been exhibited in international festivals, group exhibitions and cultural institutions across Europe, US and Asia.

He has been awarded as an ARTWORKS Fellow of Stavros Niarchos Foundation (2020-21). His interdisciplinary arts-based research has been published in international journals, conferences proceedings, book chapters and symposia in the intersections of contemporary art, performance and urban-cultural studies".

The Floating World
​
A Process Appreciation
​

​At least that is how things look from the perspective of process philosophy. "Process" refers both to the subjective act of experiencing and responding to things in the here-and-now, and to the passage of the here=and-now into an object remembered by what comes afterwards. Always we are releasing ourselves into the future. Our past floats into the future, It float into a world not-yet-determined, filled with energy and potentiality of its own.
​
One of the key ideas in process philosophy is that nature is alive: that is, filled with agency, energy, and feeling. All matter, including ostensibly inorganic matter, is living in its own way. Consider the currents of the sea. They are always moving, always changing, and not in entirely predictable ways. Liquid matter provides an especially vivid way of realizing the creativity of all matter: solid and gaseous as well.

Still another idea is that human language consists of lures for feeling and understanding, the meanings of which change over time, depending on context. We ourselves "float" through life in certain ways and so do the words we use and the stories we tell. Nothing is entirely fixed. There is an indeterminacy in the whole of things.

And still another idea is that the whole of things - people and fish, oceans and objects, words and stories - inter-become in the larger context of a cosmic womb, ungraspable but all embracing, which holds things together as they move. Whitehead speaks of it as "the consequent nature of God." This womb has a nurturant quality. It operates slowly and tenderly, in a spirit of love, and includes tragedy and chaos, unpredictability and surprise. It is a Living Whole within which all wholes float.

You get a sense of all of this in Objects in Odysseys: the floating, the inseparability of humanity from nature, the aliveness of it all, the mysterious womb within which all unfolds. You are invited, by this performance art, to be flexible, to be kind, to be creative, to find the silence within your heart, to use your hands, to accept uncertainty, to trust in possibilities, to fish for meaning, to join the odyssey of life, to float.
Open Horizons