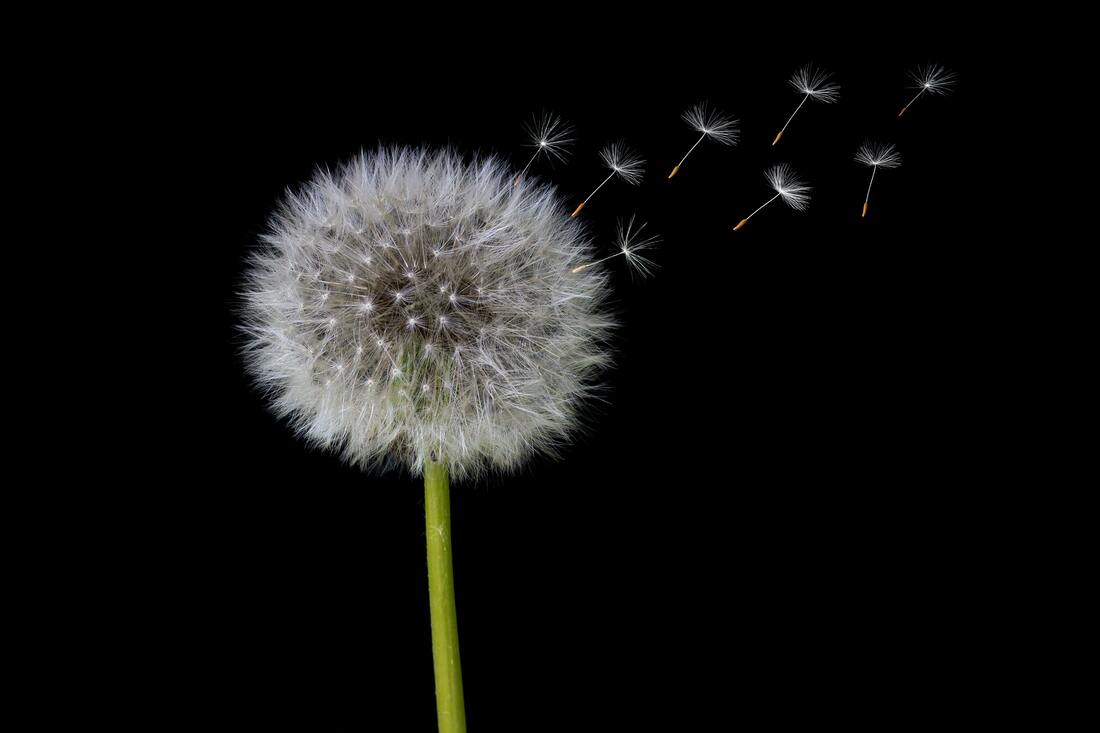 Photo by Herbert Goetsch on Unsplash

"And so each momentary throb of actuality constellates within itself a replication, in marvelous miniature, of the entire universe, showing how all things are interdependent, interwoven together in a wonderful pattern of connectedness, a pattern linking all things together in dynamic relatedness.

Not only does an actual entity contain the whole of the past universe, it pervades the whole of the future by passing on what it achieves, an achievement that will be taken account of, or prehended, by all subsequent entities. As a holographic entity, each fleeting pulse of experience is Alpha and Omega, with prehensive roots stretching all the way back to the primordial flaring forth of the universe fifteen billion years ago, and branches of influence reaching forward into the future . . . for as long as forever is.

​Our Buddhist friends have a wonderful image of the holographic universe. They call it The Jewel Net of Indra.  It pictures the cosmos as an infinite network of glittering jewels, all different. In each one we can see the images of all the others reflected. Each image contains an image of all the other jewels; and also the image of the images of the images, and so ad infinitum. The myriad reflections within each jewel are the essence of the jewel itself, without which it cannot exist. Thus, every part of the cosmos reflects, and brings into existence, every other part.

​And thus an actual entity is a holographic entity whose datum is the boundless universe itself, stretching to the farthest reaches of intergalactic space and back to the beginning of time. If this is true of an actual entity, then it must also be true of our own momentary occasions of experience. This means that the entire universe, as a metaphysical hologram, flashes forth in our unconscious experience a dozen or so times every second."

You Take it From Here

"A perennial intuition in religious experience is the idea of Deus est caritas, or God is Love. But, as many over the centuries have wondered, how can this be if God is wholly immutable immutable and impassive? In an effort to answer this, the writings of some classical theists offer laboriously contrived convolutions of thought. But, far from making sense, these pretzels of logic merely make your head swim. No God conceived strictly in terms of the icy absolutes of classical theism can enjoy the reciprocity of love, but only a God conceived concretely and socially, that is, as a living person with the balance of a dipolar nature, a nature capable of both giving and receiving influence.

Process theism teaches that every momentary occasion of experience throughout the universe begins with the touch of God. In human terms, and to use an analogy from the NASA space shuttle, God provides “lift-off” and an initial aim in the right direction. But it is then up to us to make the in-flight decisions that take us to our destination. God is always reliably there in the beginning to help us get started, but at a crucial point in the creative process, God says, “You take it from here!”

We complete what God initiates. What we and all creatures achieve in this process of self-actualization then becomes a part of God’s concrete actuality. Our achievements are “cells” in the body of God. God and the world are thus sources of novelty one for the other, and, to some degree, constitutive of one another. Without this mutual immanence, made possible by the divine relativity, both God and the world would be completely static."
​
Carter, Hyatt. Process Philosophy in Five Easy Pieces . Kindle Edition.

Hyatt Carter's Process Philosophy: Five Easy Pieces can provide a rich, accurate, and accessible introduction to Whitehead's philosophy. Please take a look at the Table of Contents below to see its scope. I focus on only two sections toward the end: "Whitehead's Holographic Universe" and "You Take it from Here," both of which are excerpted above,
​
As Carter points out, Whitehead’s vision of a “holographic universe” bears remarkable resemblance to the Buddhist image of Indra’s Net.

In each instance the interconnectedness of the universe is much more than a mere collision of mutual external entities; it is instead the containment or immanence of other entities in one another. For Whitehead and for Buddhists, an entity can stay in one location, without moving at all, and yet be connected with every other entity in the universe. * Each actual entity is itself a whole containing the parts of the universe: a one composed of many.
​
Of course, the Buddhist will want us to understand all of this existentially. If we imagine the universe flashing forth "a dozen or so times every second," the Zen Buddhist will ask us: "Who is watching the flashing?" Always Zen is interested in first-person experience, not third-person speculation.

Imagine that you and I are sitting on the shore of a river watching the river's currents. Zen asks: "Who is watching the flow?" The point of the question is to jolt us into realizing that we ourselves are never watching the universe as an object among objects from which we are separate; we ourselves are always already in the river itself, swimming along with the currents. We, too, are holograms. As Carter puts it: "If this is true of an actual entity, then it must also be true of our own momentary occasions of experience."

There is no need to romanticize this idea, pretending that holographic living is inevitably pleasant, or beautiful, or mystical. Our present experience includes traumas from the past: our own and those of others. Sometimes, for some people, interconnectedness is hell. And for most of us it includes struggle and suffering: hence the wisdom of the Four Noble Truths.

This is where, for Carter as for Whitehead, something divine comes in: silent, soft as air. There seems to be something in the universe - call it the tender Hologram - by which each entity is beckoned into a kind of fulness, relative to what is possible in the situation at hand, that is inwardly free, compassionate, and wise. A Buddhist would speak of this deep Hologram as the cosmic Bodhisattva, Amida, who presents us with the gift of fresh starts and fresh possibilities. Carter speaks of it as God:

And now a Presence—silent, soft as air,
Flowing within, without, and everywhere.
Through renewal from this divine connection
Life endures by constant resurrection. Every new moment, in a twinkling of eyes, *

Carter's Process Philosophy in Five Easy Pieces is more than an introduction to Whitehead, although it is an excellent introduction in that regard. It is also an invitation to live into, and from, each new moment, in the presence, soft as air.
​

* In fact Whitehead's actual entities don't move: "An actual entity never moves; it is where it is and what it is." (Whitehead, Process and Reality)
**  From poem at the end

Purchase the Book
​One: Introducing Whitehead
Adventures of the Mind
The Mechanization of Nature
Hello, Silicon; Goodbye, Carbon
Two: A Philosophy of Organism
Actual Entities: “Atoms” of Process
The Feeling of Feeling
All Things Flow . . . Quantumly
The Many Become One
Creation Continues
What’s It All About, Alfie?
Three: A Social Conception of Reality
The Body as Social
No Thinker Thinks Twice
The Kingdom Within
Atom as Social Beings
Four: The Einstein of Religious Thought
Is God Relative? Absolutely!
Philosophy’s Thomas Edison
Variations on a Twofold Theme
Five: The Universe and Dr. Whitehead
A Holographic Universe
God and the World
You Take it From Here!
Notes
Appendix: Books by Whitehead and Hartshorne
Open Horizons