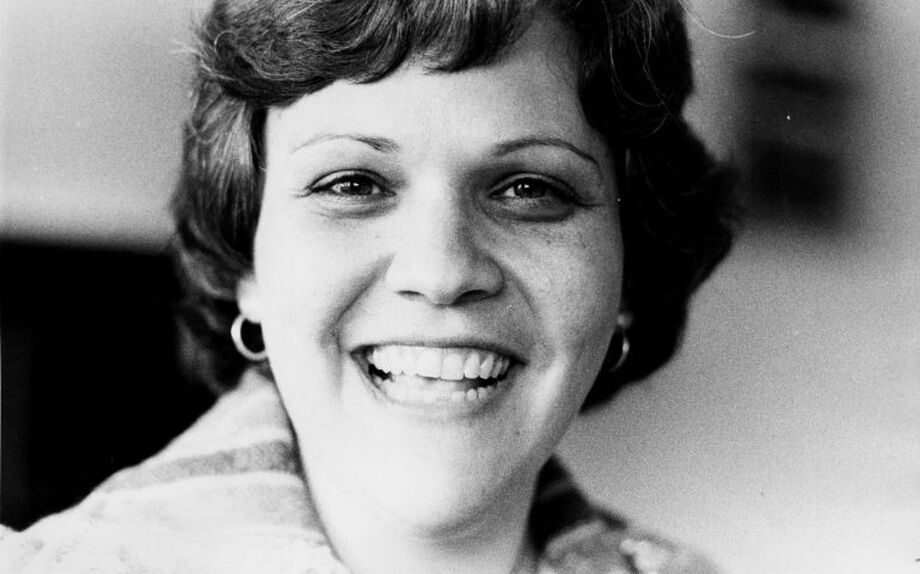 Ada María Isasi-Díaz (March 22, 1943 – May 13, 2012) was a Cuban-American theologian who served as professor emerita of ethics and theology at Drew University in Madison, New Jersey. As a Hispanic theologian, she was an innovator of Hispanic theology in general and specifically of mujerista theology. She was founder and co-director of the Hispanic Institute of Theology at Drew University until her retirement in 2009

- Wikipedia
​
​
Like a rainbow, this represents the multidimensionality of a woman. She is not defined by one thing, but by the composition of the many things she is.

Dr. Isasi-Díaz argued that poor women, by the nature of their roles in their families and communities, “exercised their moral agency in the world” more profoundly than any other group of the faithful. They did that in the small daily choices they made, she said: between bus fare and a 40-block walk to work, for instance; or between breakfast for oneself and one’s child. Those choices embodied immense moral power, and deserved to be honored in the form of greater roles for those women in their church.

​She called for a radical reorientation of church philosophy. “Hispanic women’s experience and our struggle for survival, not the Bible, are the source of our theology and the starting point for how we should interpret, appropriate and use the Bible,” Dr. Isasi-Díaz wrote in “Mujerista Theology.”

​Mujeristas: A Name of Our Own!!

A longer version of this article appeared in The Future of Liberation Theology, edited by Marc Ellis and Otto Maduro, to be published by Orbis. This article appeared in the Christian Century, May 24-31, 1989 p. 560. Copyright by the Christian Century Foundation and used by permission. Current articles and subscription information can be found at www.christiancentury.org. This material was prepared for Religion Online by Ted & Winnie Brock and is reposted from Religion Online.
​
To be able to name oneself is one of the most powerful abilities a person can have. A name is not just a word by which one is identified. A name provides the conceptual framework and the mental constructs that are used in thinking, understanding and relating to a person. For almost 15 years, Hispanic women in the U.S. who struggle against ethnic prejudice, sexism, and in many cases classism have been at a loss as to what to call ourselves. The majority of Hispanic women have simply called themselves cubanas, chicanas or puertorriquefias, and most will probably continue to do so. Some of us, feeling the need for a name that would primarily indicate the struggle against sexism that is part of our daily bread while also helping us identify one another in the trenches as we fight for our survival within different Hispanic communities and in society at large, have called ourselves feministas hispanai. But this appellation has meant giving long explanations of what such a phrase does not mean.

Feministas hispanas have been consistently marginalized in the white, Anglo feminist community because of our critique of its ethnic and racial prejudice and lack of class analysis. At the same time, when we have insisted on calling ourselves feministas, we have been rejected by many in the Hispanic community because they consider feminism a preoccupation of white, Anglo women. Yet Hispanic women widely agree with the analysis of sexism as an evil within our communities, an evil which plays into the hands of the dominant forces of society and which helps to repress and exploit us in such a way that we constitute the largest number of those at the lowest economic stratum. Likewise, Hispanic women widely agree that, though we make up the vast majority of those who participate in the work of the churches, we do not participate in deciding what work is to be done; we do the praying, but our understanding of the God to whom we pray is ignored.

Therefore Hispanic women continue to search for a name that will call us together, that will help us to understand our oppression, that will identify the specificity of our struggle without separating us from our communities. In our search we have turned to our music, part of the soul of our culture. In love songs as well as in protest songs we are simply called rnujer -- woman. " Yo soy mujer en busca de igualdad, no aguantar abuso ni maldad. Yo soy mujer y tengo dignidad, y pronto la justicia serd una realidad" ("I am a woman searching for equality; I will not put up with abuse and wickedness. I am a woman and I have dignity, and justice will soon be a reality") , proclaims a song composed by women in the South Bronx. "Mujer, tú eres mujer, porque supiste ver, la realidad de tu poder" ("Woman, you are woman, because you have known how to recognize the fact that you are powerful") , sings Rosie Sanchez. "Hoy canto al Dios del Pueblo en mi guitarra, un canto de mujer que se libera" ("Today I sing to the God of my people with my guitar, I sing a song of a woman who liberates herself’) , sings Rosa Marta Zárate. She continues, "God listened to the cry of our people, became an ally of the poor and the exploited, and frees woman from the chains imposed on her with cruelty for centuries." And the song ends by repeating time and again, "la mujer, la mujer la mujer."

Yes, we are mujeres, and those of us who make a preferential option for mujeres are mujeristas. (I am much indebted to the work of black feminists who have preceded us in this struggle to name ourselves. Their use of the term "womanist" has influenced me immensely.) As Rosa Marta’s song says so clearly, a mujerista is one who struggles to liberate herself, who is consecrated by God as proclaimer of the hope of her people. Mujerista is one who knows how to be faithful to the task of making justice and peace flourish, who opts for God’s cause and the law of love. In the mujerista God revindicates the divine image and likeness of women. The mujerista is called to gestate new women and men: a strong people. Mujeristas are anointed by God as servants, prophets and witnesses of redemption. Mujeristas will echo God’s reconciling love; their song will be a two-edged sword, and they will proclaim the gospel of liberation.

Mujeristas are increasingly aware that any attempt to separate action from reflection is false and evil. The physical participation of Hispanic women in programs and action is often sought, but they are seldom asked to be involved in deciding or designing content. Hispanic women are seldom invited to reflect on the reasons and motivations for their actions. But mujeristas will always insist on the need to be actively involved, in the reflective moment of praxis. Without reflection there is no critical awareness, no conscientization, and therefore no possibility of self-definition and liberation.

One of the most pervasive themes of mujerista theology is the preferential option for the poor and oppressed. This preferential option is based on the epistemological privilege of the poor because they can see and understand what the rich and privileged cannot. It is not that the poor and oppressed are morally superior or that they can see better. Their epistemological privilege is based on the fact that, because their point of view is not distorted by power and riches, they can see differently. José Miguez Bonino explains:

The point of view of the poor, . . . pierced by suffering and attracted by hope, allows them, in their struggles, to conceive another reality. Because the poor suffer the weight of alienation, they can conceive a different project of hope and provide dynamism to a new way of organizing human life for all.

Liberation theologians who are academically trained are concerned about their role and title. If the community as a whole does theology, what is the task of those of us who have called ourselves theologians? I believe there is no way of averting this identity crisis once the epistemological privilege of the poor is recognized and theology is understood as a praxis. The only way for academically trained theologians to resolve their dilemma is to participate fully in a community of struggle and to do theology as members of that community. The gifts of the academically trained theologian will not be wasted. The community needs some of its members to be enablers and facilitators during the reflective moment of the praxis -- which does not happen only when one is sitting down. Those who are trained academically can enable the community to understand that its daily struggle for existence is not separate from its religious understandings, sentiments and beliefs. They can record what the community is saying so the community can benefit from it in the future, so that it may be shared with other communities of struggle, and so that one day those voices may be an intrinsic element of the societal norm.

The struggle for the liberation of Hispanic women is being carried out in many different ways by many different mujeristas all around the U.S. Mujerista theology is one of the voices of such a struggle -- a struggle that is life for us because we have learned from our grandmothers and mothers that la vida es la lucha.

Our work is rooted in Ada Maria Isasi-Diaz’s Mujerismo, or Latin American feminism. Drawing on one of Mujerismo’s core tenets of solidarity, we cater to all women of color as well as Latinas. Using zines and community events as our medium, our goal is to educate, document, and present a diverse collection of work by Latinas and women of color from a global, Mujerista perspective. We believe this work, of pushing for social change and equity through art and community outreach, is an important aspect in the worldwide struggle for liberation.