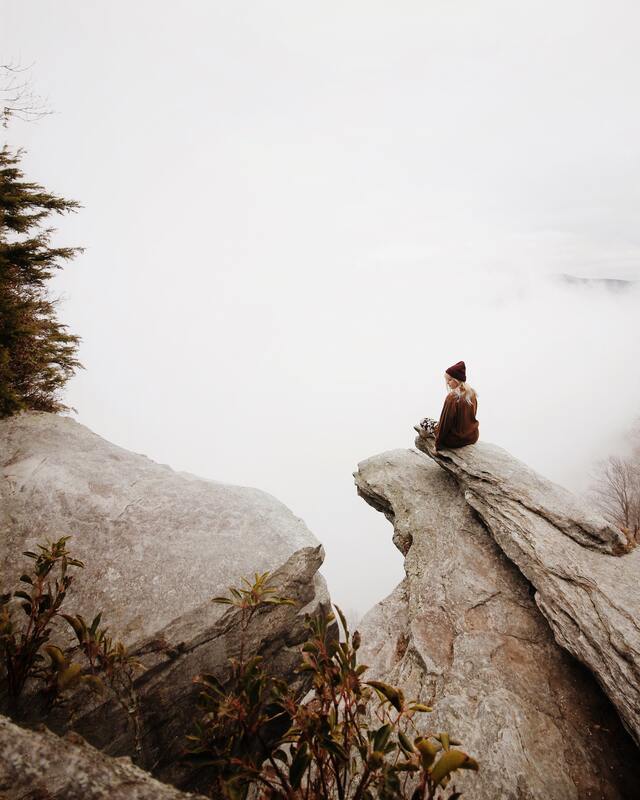 I did not grow up a religious fundamentalist, but I certainly have a fundamentalist streak in my mind.  I find myself clinging to ideas that I find valuable, almost making gods of them, and wanting others to agree with me. I wave them like a flag at a pep rally.

The flag-waving gets worse when I am in the company of fellow flag-wavers. We wave our flags together and smile at how “right” we are, compared to those on “the other side.”

One thing I appreciate about the philosopher Whitehead is that he did not push his own doctrines. Here’s how one of his students at Harvard, Paul Weiss, put it.

I would say he was always groping through ideas and always changing his mind. I don’t think that there was a definite doctrine that he was maintaining. Every time he thought, he thought afresh…He did not urge his views; but they were more openings up, adventures in imagination, insights into the nature of things. [1]

There’s certainly a lesson here for flag-waving process philosophers and theologians. Many of us indebted to Whitehead’s thought have presented Whitehead’s philosophy as a system of thought we find very convincing, and we push on others assuming it has “the answers” to all the big problems. One critic calls it The Whitehead Box.
Someone brings up a subject and we quickly reply: “Here’s how Whitehead would think about it.” Or “Let me offer a Whiteheadian interpretation.” We fail to “think afresh” about the issue at hand. We are overly certain that we have “the answers.” We have a hard time thinking outside the Whitehead Box.

The same situation can apply to open and relational theologians, some of whom are process theologians and some not. They – we – can be so convinced of our own understanding of God, perhaps especially as it “solves” the problem of theodicy, that we push it on others and cannot think outside the open and relational box.  We treat alternative points of view – for example, the idea that God creates the world out of nothing, or that God can exercise unilateral power, or the idea that there’s a side of God that is changeless, or that God knows the future in advance – as blasphemous, because they contravene our own points of view. We cannot entertain the possibility that there may be truth in these perspectives. We can be as off-putting in our open and relational evangelism as are Whiteheadians in our Whiteheadian evangelism. We cannot think afresh. We are too busy waving our flags.

One way out of this is to think of the ideas themselves as springboards for further reflection, as invitations to adventure, and to recognize that, sometimes, this adventure may take us into terrains where we better appreciate and learn from other points of view, including “substance thinking” and “classical theism.” When process theologians in their way, and open and relational theologians in theirs, reframe their ideas as springboards rather than systems, there is space for generosity and adventure.

Weiss reports that Whitehead was a generous grader:

No matter what his topic, you could write on almost anything you wanted, and he would mark it very generously. I think the lowest mark I’ve heard him give was somewhere around B or B --. His marks usually ran B +, A, A+, A+ +. The highest I know of was A+ + +, given not to me, but to Everett Nelson. [2]

This short note is for those of us who are process philosophers and theologians, and who are open and relational theologians, to be generous graders, too.

Whitehead’s imaginative metaphysics form the essential backdrop in relation to which the drama of modern process philosophy and theology continues to unfold. Indeed, his “philosophy of organism” is incredibly wide-ranging and inclusive in scope, sustaining a shocking diversity of orientations, methodologies and trajectories...One should, I suggest, rather approach Whitehead as an igniting “event” which has sparked nothing short of what Faber has aptly described as a “philosophical wildfire.”

Consider this metaphor. Wildfires are not easily contained; their directions are often unpredictable, and their results destructive. Yet the anarchy of flames also harbors a purifying and creative element; their chaos makes way for possibilities of rebirth, growth, and novelty. Faber has consistently articulated the ways in which the event “Whitehead” continues to set ablaze various landscapes, not only within “process philosophy” and “process theology,” but also in a variety of disciplines, such that a plurality of new voices, interests, methods and creative interpretations continue to emerge. In this way, he has stressed that the philosophy of process must always remain in process.

Process thought houses manifold varieties (and combinations) of philosophical and theological variants, including the empirical, rational, speculative, existential, ecological, feminist, womanist, liberationist, Christian, interreligious, transreligious, naturalist, mystical, constructive, and deconstructive postmodern and poststructuralist approaches. These are some of the key landscapes found in current applications of Whitehead’s thought.
​
Faber has rightly spoken of the ways in which process theology is an “extraordinarily complex phenomenon whose identity developed in different currents and directions” and which “cannot be understood apart from these diverse expositions and versions.” One should not, therefore, understand these different geographies of process thought as existing in isolation from one another, but as growing together in entangled ways out of the rich philosophical and theological soil that Whitehead’s wildfire unearths.

- Andrew M. Davis on Roland Faber in Depths as Yet Unspoken: Whiteheadian Excursions in Mysticism, Multiplicity, and Divinity edited by Andrew M. Davis​.  From the introduction

​Wildfires are anarchic, not easily contained, and often destructive, writes Andrew Davis in his description of Roland Faber's approach to Whitehead.  And yet, precisely in their chaos, they make space for renewal, rebirth, and novelty: that is, for new landscapes and geographies.  The various process theologies and philosophies are these landscapes.

Whitehead's philosophy seems to me to be little too gentle to overly destructive, but I'm sure it's a bit anarchic.  On the one hand some of its primary themes are tenderness and love, persuasive power not coercive power, peace and beauty.  That sounds gentle to me.  On the other hand it does say that creativity is more ultimate in some ways than even the great compassion, even God.  It's a philosophy that welcomes surprise, both positive and negative.  In any case, like a wildfire, it is not easily contained and it makes space for renewal, rebirth, and novelty.  This is how it has functioned for me.  In Process and Reality Whitehead speaks of language, including his own, as "lures for feeling."  He adds that it is often more important for propositions "to be interesting than that they be true."  For me, Whitehead's philosophy is an invitation to imagine. I believe there is truth in it, but certainly not all the truth.  And even its truth is more like a wildfire than a doctrine.

From Box to Wildfire

The wildfire approach to Whitehead's philosophy is a healthy corrective to thinking about Whitehead's philosophy as a self-contained system - a worldview, if you will - into which all experiences and ideas must be fit.  Far too much process philosophy and theology in the past has been of this kind.  It has been an attempt to fit things into a Whitehead box and then encourage others to accept the box as definitively true.

When process philosophies and theologies are presented this way, they may inspire a few, but they also turn off many.  Such presentations are a mere pretense for the will-to-power.  The box-evangelists want to control the world by controlling people's minds, under the auspices of a truth they wish to "share."

The better approach is to recognize Whitehead's philosophy as, in Faber's words, an event that ignites other events, the latter of which include our own thinking and imagining.  The event spreads and it changes.  Process philosophy and theology are in process.

There are many landscapes in the process world today: empirical, rational, speculative, existential, ecological, feminist, womanist, liberationist, Christian, interreligious, transreligious, naturalist, mystical, constructive, and deconstructive postmodern and poststructuralist.  To these let us quickly add Jewish, Muslim, Unitarian, Pagan, Buddhist, Daoist, and more, since the process movement is now multi-faith.  Faber himself is Bahai.  So many new landscapes ignited by the flames of Whitehead's fire.

Speaking as a Christian, I'd like to add that what Faber says of Whitehead's philosophy, I might also say of Christianity.  We might think of the life, death, and resurrection of Jesus as a wildfire of sorts, and indeed it was.  But this wildfire was itself preceeded, indebted to, and seeded by other wildfires, many of them Jewish and recounted in the Hebrew Bible.  Jesus' fire was partly ignited by the fires he inherited.  And yet he re-interpreted those earlier fires in his way, ought we in ours.  He was a living example of what John Cobb calls creative transformation.  He points to the possibility that it is precisely through such transformation that the Fire of the Holy One, the Fire of God, is present in the world.

There is no need to think of historical Christianity as fully defined by it originating fires. Religions, no less than Whitehead's philosophy, die when they become boxes.  The better option is to partake of the warmth and sparks they offer, and create some fires of our own by spreading wisdom and love in whatever we can, while not elevating our own ideas and practices into systems that must be embraced by all.  No boxes please, just small, holy wildfires. The Holy One is in the sparks.