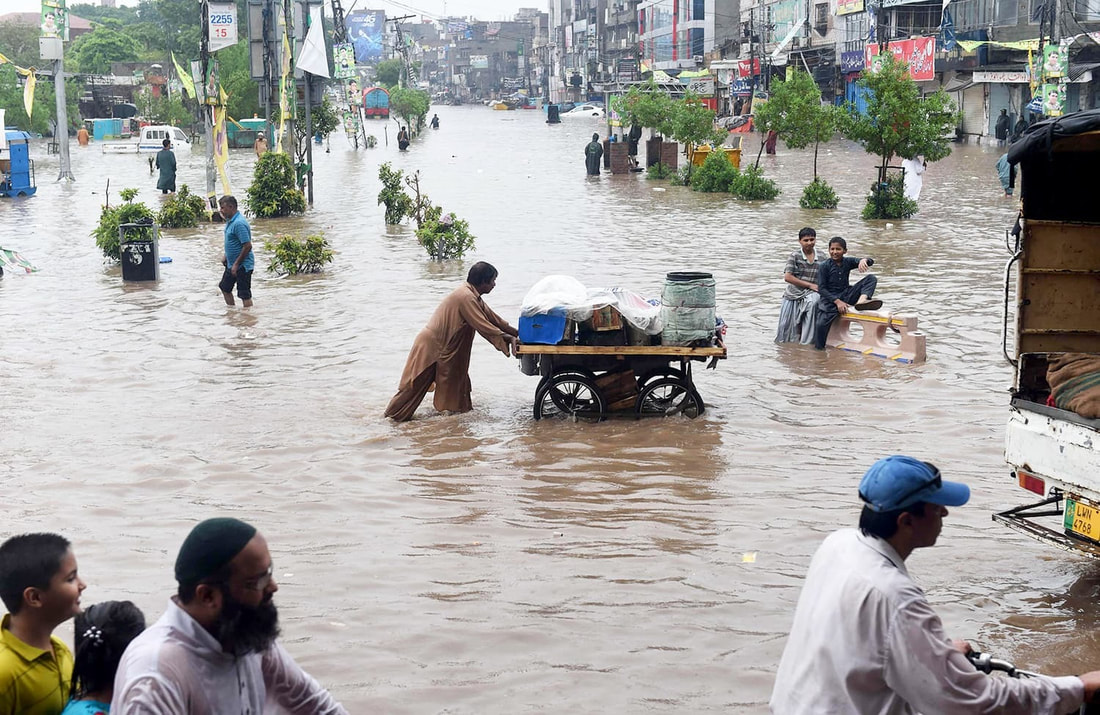 Death of God and New Possibilities

Lately, we`ve have been thinking about the word “trauma”. It is a common way of describing extreme events that shatter individual or collective well-being. There are times when a catastrophe of fearsome scope and grievous injustice destroy the lives of humans, unmaking their world through which their sense of worth, security, certainty and selfhood has been denied and violated. However, the ways in which the term trauma have been appropriated by the biomedical model and used to pathologize and individualize significant loss, does not capture its existential dimensions. Karl Jaspers describes the existential dimensions of trauma as boundary conditions. That is, all that we hold dear, all our expectations and illusions are stripped away. Nothing safe and familiar remains; our sense of security and control is rendered impotent. It is in such conditions that we confront our existential condition without the defenses and soothing lies that usually obscure our awareness. Such times can be a moment of extreme despair – a despair that threatens us with complete annihilation. However, it can also be a profound wake-up call in which, no longer hampered by snares of self-deception and the false beliefs used to exploit and oppress us, we can move toward authentic liberation and a sense of fulfillment.

The devastating and severe floods in Pakistan is leaving about 10 million children in need of acute lifesaving support. Pakistan is very close to my heart in many ways. One of my friends in Pakistan lost his only child due to the massive flooding. His pain is beyond any comfort. I felt powerless in front of his debilitating suffering. I tried to create an empathic and relational space in which his suffering-beyond-comfort could be tenderly held and contained. In a deeply traditional religious country like Pakistan, the snares of metaphysical illusions abound. One central theological narrative revolves around the omnipotence of God as traditionally understood. That is, that it is all God`s doing, that people are punished by God because of their misdeeds and actions going against the eternal will of God. Over the time, I`ve come to appreciate the honesty and courage of the death-of-God theologies. Muhammad Iqbal`s philosophy can also be understood as a form of death-of-God theology, God as traditionally understood. This “death of God” refers to an existential reality in which there is no possibility of retreating or taking refuge in a form of resurrective ideology. If we take a “death of God” approach seriously, we must relinquish any sense of returning to a lost paradise or arriving at an as-yet-actualized utopia. Indeed, we must accept the final and total loss of Paradise. That is, we cannot take refuge in metaphysical illusions and fatalistic narratives in which God is in total control of the historical unfoldment.

Understanding bad things happening as a God’s punishment for misdeeds has long been used by those afflicted. We can only walk in a radical faith that holds and recognizes our existential uncertainties and vulnerabilities.
​
Arguments put forward by philosophers like Jean-Paul Sartre against the existence of God make sense because of how human beings use God as an excuse rather than accept the burden and consequences of the choices they make. Based upon these various mechanisms of escape, in which people use God to avoid the insecurity and anxiety that accompany our possessing free will or as a mere extension of themselves, such notions must be rejected and abandoned. The argument for the “death of God” exposes these evasions and forms of self-deception as destructive and self-defeating. Behind them is an attitude that is the ultimate expression of hubris or pride in which we essentially presume to place God at our service or require God to conform to our image of him/her.

It is because of the oppressive and self-deceptive attitudes, that there needs to be a trauma at the heart of faith: an existential shattering of the absolutisms of life and the illusory beliefs. Such trauma is a massive loss of innocence in that it exposes the deep-structures of existence in a world that is messy, unpredictable, and uncertain and in which no continuity of being can be guaranteed and assured. The loss of innocence also entails an awareness that there is no final script save the choices and decisions we make, moment by moment, without crossing our fingers and secretly whispering to ourselves that “everything will be fine” or that “everything is in God`s hands.” In moments of honesty and despair, I believe that heaven has been lost.

Is it the end of the story? The last word? Not necessarily. From the ashes of the death of the authoritarian God, there arises novel possibilities, as process thinkers would add, that there is a source of fresh possibilities at work in our universe, which does not prevent suffering and tragedies, but which helps people to heal from them and begin anew. It is the death of the authoritarian God, yes, but perhaps not the death of the resurrective God. In process thought, God works as an urge to use human freedom and creativity to the fullest. To eschew, for example, those easy decisions to neglect our novel possibilities for the sake of a safer reiteration of past habits. This God, as we learn from process thought and Muhammad Iqbal, is not only the source of possibilities, but also a call to be more free. And finally the ethical note of authenticity does enter: God`s call is not only that we so determine ourselves as to be more free, but also that we constitute ourselves so as to contribute to the freedom and possibilities of others by being conduits of healing, empathy and love, in human as well as nonhuman communities of life. This is an authenticity predicated on the idea of horizontal self-transcendence. The gist, however, of this narrative of the resurrective God revolves around the “absence of God”. That is, God cannot intervene and make everything right, or supernaturally change the course of history, or make decisions for us. We are, in an existential way, to quote Sartre, left alone. God can only be God, if we can speak of a divine reality in any responsible and honest way by taking the dynamics of history seriously, in and through us, through human freedom and actions.

According to William James, no fact of human nature is more characteristic than its willingness to live on a chance. The existence of change makes the difference between a life of which the keynote is resignation and escape from freedom and responsibility, and a life of which the keynote is hope. The meliorism of James captures the radical openness and uncertainty of human existence. That is, healing and improvement is – despite the inescapable conditions of human existence (mortality, uncertainties, finitude, vulnerabilities) and due to the harmful actions perpetrated on us by the freedom of others – is still an omnipresent possibility. The future may not identically imitate the past. The world of actualities cannot be understood without the reference to possibilities. Actualities are forever and always “actualizing potentialities”. This means that reality has a radical openness to it, an indeterminacy baked into the existence. There will be more events in the universe tomorrow than there were yesterday or today; the universe, and human existence, is thus perceived as a creative advance into novelty. This suggests that the future of the universe, and, by implication, the future of our own lives, is not pre-ordained, not by God and not by the past. Our freedom and decisions really are significant. This does not mean that the future will be happy or pleasant. It filled with risk, loss and suffering, as well as possibilities of love, compassion, and tenderness, and we humans best use all of the forms of wisdom at our disposal, all forms of knowing available to us, to make our decisions and contribute to a safer future for all. There are no clearly blazed trails. Perhaps this is for the best, in order for humans to live most vibrantly amid existential risks and uncertainties.