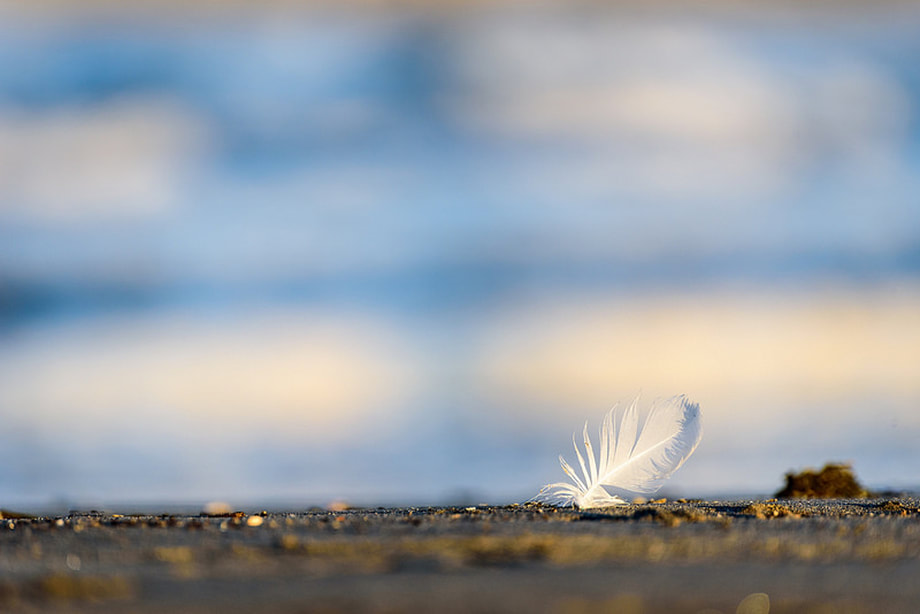 ​I was a teenager when I read the Albert Camus novels The Stranger and The Fall.

As a budding atheist, I resonated with Camus’ views that life was replete with unexplainable suffering, alienation and apparent absurdity.

By Grade 12 in North Vancouver, I was carrying around in my wallet a card with a maxim from one of Camus books. I had written on it: “Whatever does not kill me strengthens me.”

That existentialist assurance captured an attitude I needed in the 1970s — the conviction that, even though life seemed intimidating, unfair and a little crazy, it was worth taking risks in the name of a full and adventurous future.

I would not end up being an atheist, but I would never give up my respect for the passionate man who was born into misery, poverty and war in Algeria 100 years ago this month.

For me, Camus stood out from more celebrated atheists, including Jean-Paul Sartre. And, in his humility, Camus remains in a different class entirely from today’s know-it-all atheists, such as Richard Dawkins and Sam Harris.

The recipient of the 1957 Nobel Prize for literature did not divide people into opposing camps of good and evil. Earnestly self-revealing, Camus admitted to his imperfections as he tried to understand the hard fate life held for so many. He wrote often about suicide. But he was brave.

Camus was exposed early to brutishness — his European-born father in Algeria was killed in a war one year after he was born. Camus’s poverty-stuck mother was deaf. He himself developed early tuberculosis. While a brilliant student, he suffered for resisting France’s harsh occupation of his northern African homeland.

Camus became a journalist and joined the Communist party. After being forced out of Algeria, he went on to become a leader in the French Resistance. He secretly edited the underground newspaper, Combat, which coordinated sabotage against Nazi forces.

As he developed his own philosophy, Camus came to accept that no matter how inexplicable and painful existence might be, human life remained sacred.

In that way, he was different from his famous French atheist friend, Sartre, who lived more comfortably during the war and would end up demeaning Camus’s character in a 17-page public letter. Camus, in many ways, was also the opposite of today’s well-compensated atheist celebrities, who sorely lack his (and Sartre’s) philosophical sophistication. Reclusive at times, Camus was ruthlessly self-critical, including about his extra-marital affairs, which suggest he had a touch of narcissism born of childhood wounds.

Since Camus was a truth-seeker, he also eventually renounced the Communist party and lamented the smugness of the right and left. He often seemed on the edge of despair. But he never gave into cynicism.

One excellent new book marking the anniversary of Camus’s birth is by Robert Zaretsky, who was educated in Canada by United Church theologian Douglas John Hall.

The essence of Camus’ ongoing appeal is captured in a short review of Zaretsky’s book, A Life Worth Living: Albert Camus and the Quest for Meaning (Harvard University Press). It’s significant the review appears in The Christian Century, a liberal Protestant magazine.

“It is extremely limited to think of Albert Camus as an existentialist philosopher of the absurd,” says the review. “Camus was a highly principled person and a strong advocate for justice.”

Even though Camus did write a great deal about “the absurd,” Zaretsky compares his struggles about meaning to that of Job, the long-suffering father in the Hebrew Bible. After all, Camus wrote: “Absurdity is king, but love saves us from it.” In 1942, he noted “the absurd teaches nothing.”

Clearly, Camus rejected the near-cynical ironic stance often taken by Sartre and many academics today. Camus did not think of himself as an existentialist. And he rejected ironic detachment. He dived in. He talked about how “there is no finer sight than that of the intelligence at grips with a reality that transcends it.”

While Camus stood in awe of such entities he experienced as greater than himself, he regretted how Sartre succumbed to “solipsism,” which is the conviction that only one’s mind is real; external reality may not exist.

Camus was not as self-absorbed as that. He was overwhelmed by the beauty of nature, love, life and others.

In this regard, Camus’ legacy as a political and human rights ethicist should be one of the things that has lasting appeal to many people today, whether atheist, Christian, Jewish, Muslim, Buddhist or spiritual-but-not-religious.

Although Camus saw himself as a social democrat, the Christian Century affirms he “had enemies on the left and right — on the left for his rejection of communism and on the right for his opposition to capital punishment. As a Frenchman living in Algeria, he was highly critical of France’s subjection of the native people living there (Berbers and Arabs) but also critical of the terrorist actions by the rebels who fought for Algerian independence.”

Camus did not join Sartre, who defended the Soviet Union and violent Algerian separatists, in absolutism. Camus was uncomfortable with ideology and what some today call identity politics, which has many well-meaning people competing to claim their identity group has suffered the most injustices.

Indeed, Camus seemed embarrassed by his outsider status and his “relativism.” But a post-modern philosopher would now describe his ethical approach as healthy “provisional thinking,” which takes stands but does not hold them rigidly.

What about Camus’ attitude to faith? As the Christian Century article suggests, Camus is the kind of principled, doubting atheists many religious people are ready to embrace.

Since he was mostly a novelist, he could be forgiven for not learning about the fertile spiritual thinking going on among the far-sighted Western philosophers or religious intellectuals of his day.

Before Camus died in a car crash in 1960, he showed little awareness of process philosophers Henri Bergson and Charles Hartshorne, Christian theologians Simone Weil, Paul Tillich, Pierre Teilhard de Chardin or Judaism’s Abraham Joshua Heschel. Some of these sages could have inspired him.

In the end, I am among those who found Camus’ world view ultimately wanting. By my twenties, I had removed from my wallet the quote, “Whatever does not kill me strengthens me.” Indeed, it turned out to originate with Friedrich Nietzsche, whom Camus admired but also questioned.

In 2011, Christopher Hitchens, another famous atheist, admitted just months before he died of cancer that he had also realized he must reject the existential aphorism about “whatever does not kill me… .”

How could one not? It’s naive to believe we are always strengthened by adversity. Alzheimer’s fortifies a person? Torture? Sometimes humans, no matter how prideful, cannot on their own overcome life’s cruelties, which can truly seem absurd.

Despite feeling I have discovered some spiritual truths that escaped Camus, there remains no doubt this great atheist asked important questions, avoided self-righteousness and sought to serve the common good with integrity.

Religious or atheist, there is little more to ask of anyone.

There remains no doubt Albert Camus, this great atheist, asked important questions, avoided self-righteousness and sought to serve the common good with integrity.

​- “In the midst of winter, I found there was, within me, an invincible summer. And that makes me happy. For it says that no matter how hard the world pushes against me, within me, there’s something stronger – something better, pushing right back.”

- “A man without ethics is a wild beast loosed upon this world.”

- “But what is happiness except the simple harmony between a man and the life he leads?

- “An intellectual is someone whose mind watches itself.”

- “Don’t let them tell us stories. Don’t let them say of the man sentenced to death, ‘He is going to pay his debt to society,’ but: ‘They are going to cut off his head.’ It looks like nothing. But it does make a little difference. And then there are people who prefer to look their fate in the eye.

- “The realization that life is absurd cannot be an end, but only a beginning. This is a truth nearly all great minds have taken as their starting point. It is not this discovery that is interesting, but the consequences and rules of action drawn from it.”

- “There is not love of life without despair about life.”

- “Man cannot do without beauty, and this is what our era pretends to want to disregard. It steels itself to attain the absolute and authority; it wants to transfigure the world before having exhausted it, to set it to rights before having understood it. Whatever it may say, our era is deserting this world.”

- “All I know most surely about morality and obligations, I owe to football.” {As a young person, Camus was an excellent soccer/football goalie.) 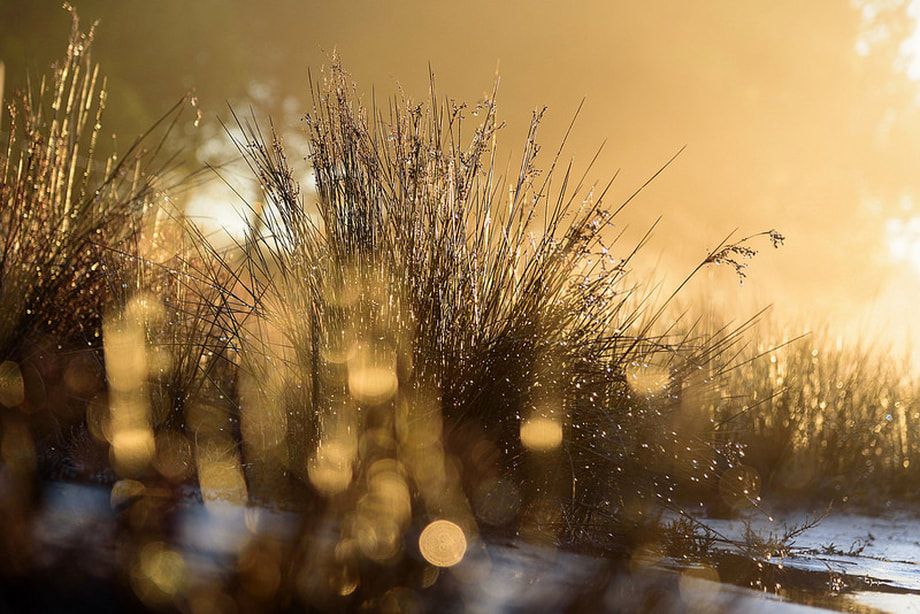