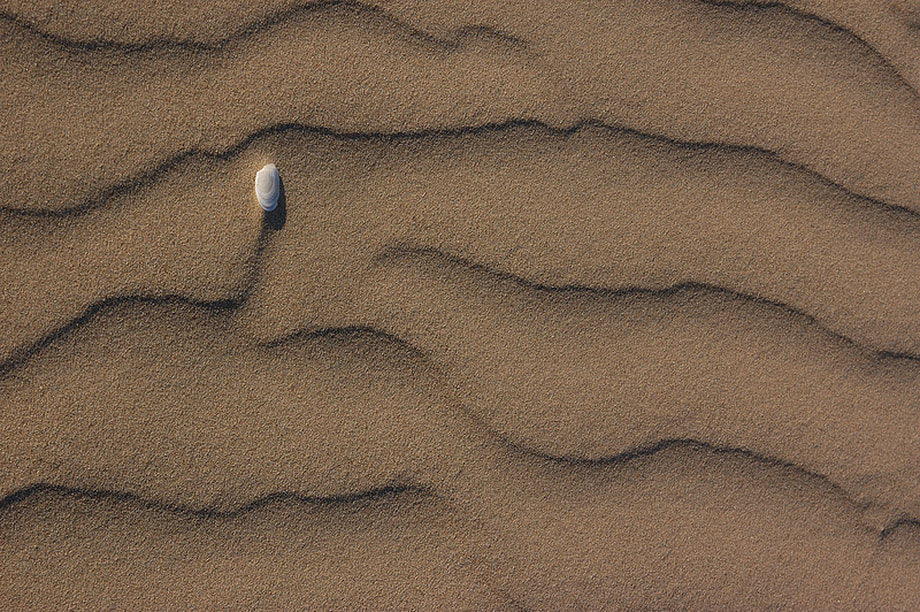 ​All is Void and there is no Buddha

When I was in high school, I would often worry about how I would do on exams.  The exams had almost become a god for me.  They were all that I could think about.  I had friends who would go to temples and worship before statues of Guan-Yin, but I did not do this. I could not make sense of the idea that she might help some but not help others: help those who pray, for example, but not help those who did not.  I was not religious.

Still I knew that there was a deep Buddhism from which I could learn.  This Buddhism had more to do with feelings than with abstract ideas: feelings of peace, of openness, of the void.  I did not have the language for this deep Buddhism, but I had the feelings.  I wondered if maybe this deep Buddhism might help me gain a little freedom from my anxieties, from the god of exams.

It was then that I discovered these two poems from Chan Buddhism.  Perhaps you know them.  The occasion for their being written was a famous event in which the Fifth Patriarch of Buddhism was seeking a sixth Patriarch.  He asked monks to write poems, and the senior monk wrote the first one.  It had its wisdom, but another – a young man who was a cook in the kitchen – wrote the second one.

Here is the first one:
身为菩提树，心为明镜台。时时勤拂拭，勿使惹尘埃。

We can translate it this way.  “The body is the wisdom tree. Your heart is the stand of mirror bright. Frequently wipe it.  Don't let it be dusty."

Of course this poem has a good meaning.   In a sense it says "You are the Buddha." You should always care about your own heart-mind. Through practicing, your heart-mind can be pure. Practice involves wiping your mind clean from impurities.  Clean from greed and hatred and delusion.  Free from clinging to tests as if they are gods.

Here is the second one:
菩提本无树，明镜亦非台。本来无一物，何处惹尘埃。

Here is the translation:  "There is no wisdom tree; nor a stand of a mirror bright, Since all is void, where can the dust alight?"  In as sense it says "There is no Buddha."  At least there is no object within you, called your Buddha-mind, which is mirror-like, and which must be wiped clean.

The second poem is the better poem and exemplifies the kind of deep Buddhism from which I feel I can draw.  There are two ideas in this that lend themselves to a Whiteheadian interpretation and, more than that, a human interpretation.


All is Void by Vivian Dong and Jay McDaniel

So often we go through life judging everybody around us and ourselves, too.  We look at others and say “They are pure but I am impure” or “I am pure but they are impure.”  And we look at the events in our lives and we judge them, too.  We say “This event that occurred in my life was very tragic while that one was very happy.”  And sometimes we look at our own achievements in life – passing exams, for example, or gaining recognition at our jobs – and think that these are “achievements” while the other events are “non-achievements.”  Amid all this we have a measuring stick by which we evaluate everything: namely our own ego with its whims and preferences.  The idea that all is void is an antidote to this way of approaching life.  Our world is a reflection of our heart, and if we approach the world as if it were sporting contest in which some people win while others lose, then the world will become that for us.  We will find ourselves in a battlefield.  To say that all is void is to say that the world is not really like this.  It is to see the world, and see ourselves, in ways free from so much judgment and self-preoccupation.

We know that some people might interpret “all is void” in a nihilistic way.  For example, some people might say that it is a statement about the cosmos: a way of saying that, in truth, everything is but a dream and nothing really exists at all, except maybe nothingness itself.  They might then imagine nothingness as a kind of black hole.  And some people might say that it is another way of saying that nothing really matters at all: whether you love or hate, whether you are free from ego or bound up with ego.  If we understand “all is void” in this nihilistic way, it will be an excuse not to care about anything at all, except maybe ourselves.

We think all is void has a deeper and maybe even a more positive meaning: one cosmological and one psychological.  The cosmological meaning is not that the world collapses into a black hole or that what we do doesn’t matter at all; but rather that the world is not as solid as we might imagine.  In terms of Whiteheadian philosophy, the world consists of happenings or events, not static things, which means that the “things” of our world – people, hills, rivers, stars, machines, building – are happenings that come into existence, and go out of existence, like rain in the summer, or a sunrise.  We can love them, but when need not cling to them when they pass away.  Or cling to ourselves, either.  All is void is another way of saying that the Ten Thousand Things are really Ten Thousand Events.  “Where can the dust alight?”

The psychological meaning is even more important.  To say “all is void” is to say that our ordinary concerns in life, which we so often take to be ultimate and absolute, are so often vanity, ways of trying to build monuments to ourselves by feeling superior to others.  So often, as I (Vivian)  prepared for my tests, I wanted to say to myself: “I will compete with my friends; I will excel; I will do better than they did; I will be more successful than they.”  And of course they were doing the same thing.  You see this in adults, too, when they try to make trophies of their careers or their reputations.  They lose perspective, and they lose a kind of purity of heart.  They lose a psychological feeling for the void.  All is void is a way of saying that there is a world which precedes our judgments, a world of events that occur, and that we ourselves are events among the events.  In the beginning – and every moment is a beginning – things are not good or bad, they just are.  We may judge them later but first we must accept there sheer as-it-isness: self-flowering voidness. In this acceptance there is a purity of heart.

What is this purity of heart?  Here it can help to distinguish two kinds of purity.  One is the self-satisfied purity of someone who feels pure at the expense of others whom she deems impure.  She feels “better” than they are, by virtue of her “pure mind” which she has “wiped clean” through meditation, or prayer, or hard work, or some other activity.  This is a false purity.

The other kind is the purity of the second poem.  It is the purity of someone who has moved beyond questions of purity and impurity, and who accepts others as they are, without judgment and without love.  It is said that Jesus encouraged his disciples not to judge others, lest they be judged themselves; maybe this Zen-like openness is what he meant by non-judgment.  In a sense he was inviting them to stop trying to wipe their minds clean and instead just to be present and available, to be open and receptive, to others, and to themselves, a deep purity.

There is no Buddha

Maybe this purity is the Buddha of deep Buddhism.  It is more like a feeling, a sense of peace, than an object or a thing.  It is not someone to whom we pray, or someone who gives us help, or someone who judges others or ourselves.  But it has a freedom to receive help, and to make judgments when they are necessary.  And it originates someplace deeper in the heart.  In the language of Whitehead, it is the physical pole of immediate experience: the pre-conceptual, pre-interpretive, and pre-judgmental dimensions of concrescence, where the many of the world become one in the heart.  This placeless place is before all judgment, and one of its fundamental characteristics is a sense of connectedness with all things.  Buddhists tell us that its natural expression is compassion.

Thus we suggest that this pre-judgmental and pre-conceptual place in the heart is the place where there is no Buddha.  We need not wipe our minds clean to arrive at this place, so we learn from the second poem.  We are already in the place, even if at another level we are also judging things.  We would not judge were we not already connected.

This place is not simply inside us, though, it is also everywhere we look, wherever events are occuring.   Wherever people are, as it were, people-ing. I saw this place in my classmates, in my parents, in my friends, even in my enemies.  It was beyond judgment yet strangely close.  Close to nothingness; close to the void; close like the eyes are close to the head; close like a ghost is close to the body; close like God is close to our breathing.   Where can the dust alight? 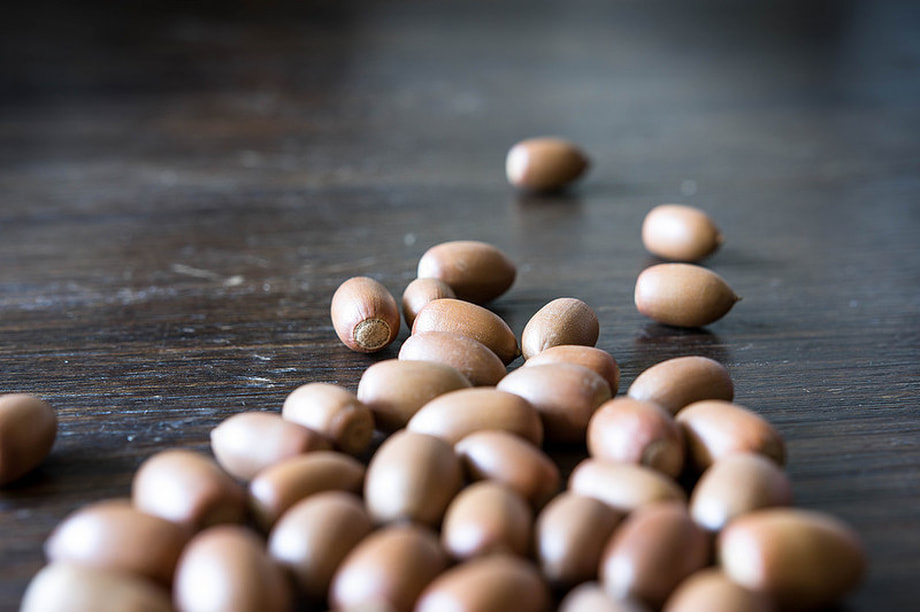