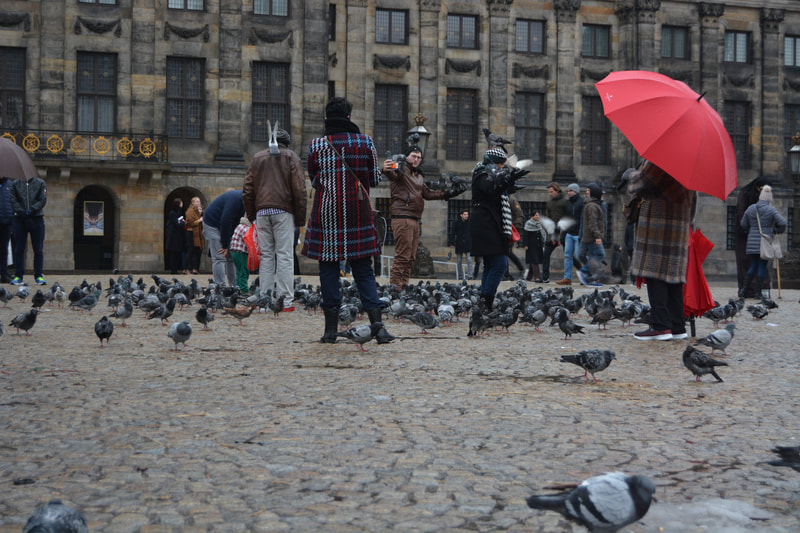 ​
​Anne Lamott: Theologian
​ for the Rest of Us

​Anne Lamott and a God
for Weird, Messed up People
​
by Jay McDaniel (February, 2020)

Before leaving for work one morning, my wife Kathy picked up her copy of Help, Thanks, Wow: The Three Essential Prayers by Anne Lamott.  It's not Anne Lamott's latest book, but it's become something of a classic in our household.

She wanted a bit of inspiration for the coming day.  I heard her laugh out loud when she read the prayer at the top of this page.

As soon as I read it, I laughed, too.  The whole idea of being so busy that you have to schedule an appointment with God, say about two-ish, struck me as funny.  We are so inordinately busy, God barely has time to catch up with us.  And everybody knows God takes a nap after lunch and doesn't really surface until three.

Awake, Lord! Why do you sleep? Rouse yourself! Do not reject us forever.

-- Psalm 44: 23
​
I liked the prayer for its humor and for other reasons, too.  I have a thing for people whose lives are messes, because sometimes mine is a mess, too.  I cannot relate to perfect people, whoever they are, who somehow stand aloof from things falling apart.  I connect with people who know what it's like to fail, who feel like misfits, who see beauty in ugliness.  I'm all for the beatitudes for the weird.

A God for Weird People

I thought about sharing the prayer with a friend of mine at work who considers himself a mystic and likes to talk about Ultimate Reality a lot.  He is an astrophysicist, which is beautifully weird in itself, and he always wants to talk about mysticism with me.

I do have one problem with his mysticism, though.  I don't mind him finding value in Ultimate Reality, but I have problems with his too-easy dismissal of people like Anne Lamott, who pray to an ever-so-personal God, beginning with Hi.

He thinks it is spiritually immature to believe in a loving You who never lets us down.  It is almost as if he thinks spirituality is like education, and some people are still in kindergarten whereas he is in, say, seventh grade.  The bottom line is that he thinks it is spiritually more sophisticated to speak of an Ultimate Reality which is beyond personality, and which is manifest throughout the world. He thinks of Ultimate Reality as the pulsing energy of the universe itself, present in the mountains and forests and waterways.  It is, he says, beyond good and evil, and also beyond being addressed with Hi, God.

So I didn't share the prayer with him.  I realized that he might think that I was suggesting that he pray to Ultimate Reality.  Or he might think that I was baiting him, because I wanted to hear him belittle Anne Lamott for believing in such a personal God.  Quite to the contrary, I really respect her perspective, even as I also respect his.  I think they are both right.

A God to whom you can say Hi

Here's how it works.  When people like me hear Anne Lamont's prayer, we don't think that she is addressing it to the Ultimate Reality, which is indeed beyond good and evil, and which is in no way a loving One with whom we can engage in dialogue.  Instead, we believe that she is addressing the always-responding You in whose company we dwell and from whom we receive blessings all the time.  We think that when she reaches out and says Hi, God, Someone is really listening.

So who is the One who hears the Hi?  We can speak of the One as God or Allah, Amida Buddha or Adonai; there is no need to fixate on one name and fall into wordolatry.  Whatever the names, this One is someone who is alive and feels the world from an inclusive and divine point of view.  God is not exactly cut off from creation by the boundaries of divine skin, but instead with creation by the openness of divine love.  God is not the Ultimate Reality per se, but rather its primordial expression.

If you want to get really technical, God is a concrescing subject who prehends everything that happens as it happens, thus sharing in the feelings of all things all the time; and who, in response to what happens, offers blessings or opportunities for goodness and beauty to emerge, even out of the messes we've made of our lives.  Anne Lamott is right: God is a companion to the world and a blessing for the world.

Whitehead speaks of these blessings as initial aims or fresh possibilities, available in each moment of our lives, for responding to the circumstances we face in a constructive and loving way. They are gifts.  It's part of God's nature -- God's job -- to give them.  It helps if we ask for them, not because God would not give them otherwise, but because in the very asking we open ourselves more fully to their presence.

So that, to me, is where help begins. And you know, we're often ashamed of asking for so much help because it seems selfish or petty or narcissistic. But I think if there's a God - and I believe there is - that God is there to help. That's what God's job is.

A God who Listens

One of the best ways that God helps is by listening.  Some people think that God is always about doing things, kind of like a hyper-active waitress who somehow manages to serve twenty tables at once.  But as a process theologian I think another way that God serves is by somehow sitting down at each table, very quietly, and listening to each person in a gentle and mindful way. God is the deep listening in whom all lives unfold, and into whose heart all stories are woven.  Listening: that's God's job, too.

And sometimes God listens through the ears of human beings who provide perspective and comfort just in being present to us.  God doesn't simply need our hands; God also needs our ears.  I bet Anne Lamott would agree.  I bet that she's been listened to by some kindly people whose ears were God's hearing aids.

But there's a lot of joy in the divine listening.  Think of how delighted God must be in hearing the imaginings of the weird people: the poets, misfits, painters, and troubadours.  Think of what it must be to hear the sounds of other living beings, too, and to know that the whole universe, even in its pain, contains a beauty beyond words.  It must be so nice to be God.

A God who is not the Ultimate Reality

There is so much to hear.  Whitehead knows that our world is replete with suffering and pain, violence and horror, some of our own making, and that this is as real as anything else, God included. Whitehead speaks of the whole of it -- the entirety of the universe in its splendor and horror -- as a creative advance into novelty.  He calls it Creativity.  This creative advance includes God's own becoming in relation to us and ours in relation to God.  The universe and God are bound up with, and agents of, the ultimate becoming of things.

A God who is Not-Me

But from a process perspective we are not-God, and there's something very nice in that, too.  We are not the concrescing of the whole universe, everywhere at once; instead, we are in our little part of the universe, gathering the many into one from our particular region of the time-space continuum.  Even if we are outside our bodies, we are also inside our skin.

It's not a bad thing to be finite and fragile.  Rather it is good to be particular and concrete, weird and queer, not reducible to any other finite reality and not even reducible to God.  Our finitude gives us the freedom to co-create with God and sometimes say Hi.  As Anne Lamott puts it in her interview:

And - so that a lot of the time, we don't know, when we're surrendering, that we're actually at the same time, maybe establishing connection or - like a telephone call, to a power greater than ourselves; or something in the next concentric circle out, whose name is not "me."

-- Anne Lamott, from the interview on NPR

A God who is Light

Sometimes the not me comes to us as a light which reveals us to ourselves. When we are just a mess, it can be very hard to admit it to ourselves.  We want to pretend that all is well and that we are really in control.  Still, we are beckoned by the light of the Not-Me.
Light reveals us to ourselves, which is not always so great if you find yourself in a big, disgusting mess, possibly of your own creation. But like sunflowers, we turn toward light. Light warms, and in most cases, it draws us to itself. And in this light, we can see beyond shadow and illusion, to something beyond our modest receptors to what is way beyond us, and deep inside.

-- Anne Lamott, from the interview on NPR

Of course the Not-Me is also the Within-Me.  The light of the One is an inner light and an outer light to us; and, truth be told, we are an outer light and inner light to God.  God is inside us and we are inside God, even as we are also more than each other.
The fresh possibilities we receive from God are not always about self-awareness. Sometimes they are for the sheer appreciation of beauty in creation.  As God calls us to say Wow, God is not asking for flattery.  The point is not "You are pretty amazing because you created all this stuff."  God does not need to be in the limelight all the time.

Just in being amazed and awed there is a kind of joy that is satisfying in its own right and shared by God.  It's kind of like two friends walking together in a forest and saying Wow.

A God who Doesn't Cause all the Suffering

I wish I were better at the thanks prayer.  I have to admit that I am glad to get the phone call that the diagnosis was much, much, much better than I had been fearing.  I can say "I am Thankful and Relieved."  But I worry about those who don't get that diagnosis, or who get hit by the car, or for whom the cavalry never arrives.  I can't think that God operates in quite such a controlling way, although admittedly I've sometimes wished otherwise.   Here's my prayer:

Dear God, I know that you are doing your job as best you can, guiding all of us toward the fullness of life relative to the situation at hand.  And I thank for being with us no matter what happens. We need your companionship desperately. 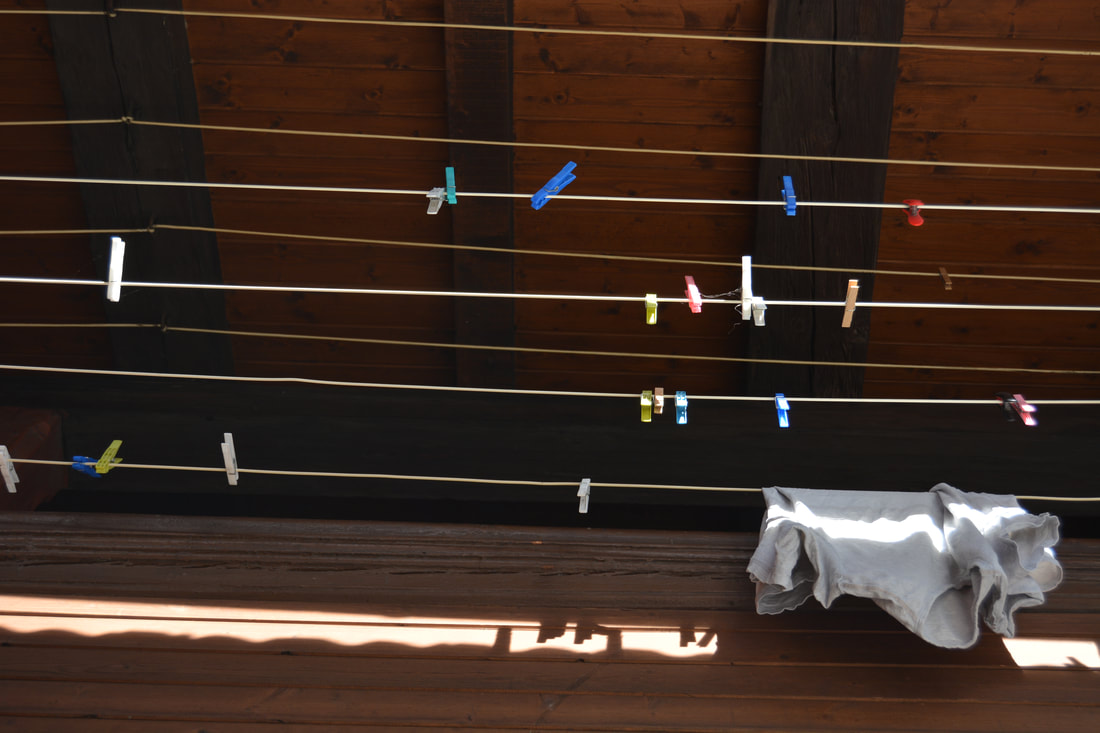