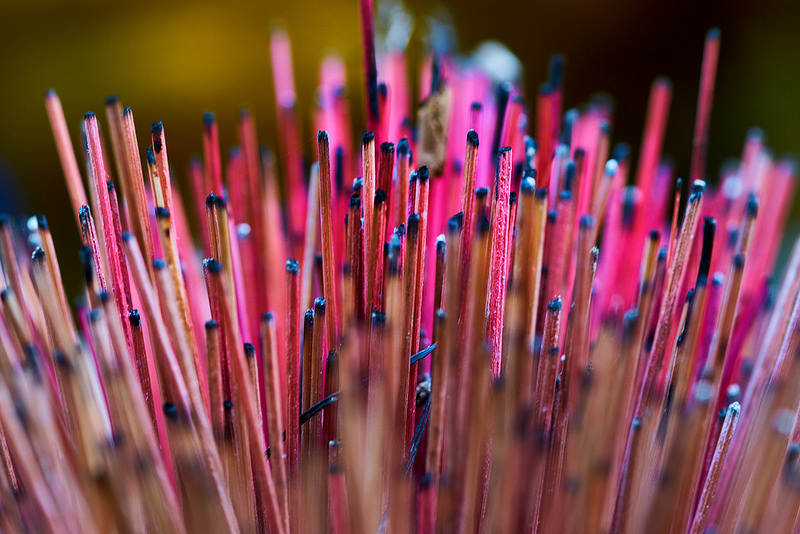 God is Loving but not the Ultimate Reality

In all philosophic theory there is an ultimate which is actual by virtue of its accidents.  It is only then capable of characterization through its accidental embodiments, and apart from these accidents it is devoid of actuality.  In the philosophy of organism this ultimate is termed creatvity; and God is its primordial, non-temporal accident....In this general position the philosophy of organism seems to approximate more to some areas of Indian, or Chinese, thought, than to western Asiatic, or European, thought.  One side makes process ultimate; the other side makes fact ultimate.

-Alfred North Whitehead (Process and Reality, 7)
In Buddhist philosophy there is an ultimate which is actual by virtue of its accidents. It is only then capable of characterization through its accidental embodiments, and apart from these accidents it is devoid of actuality. This ultimate is termed Emptiness. If the God of Abrahamic traditions is real, then this God, like the cosmic Bodhisattva whom Buddhists call Amida, is its primary, non-temporal accident. God is not Emptiness per se, but rather the most inclusive expression of Emptiness. In putting things this way, Buddhism is more Asian rather than Western in its perspective. Buddhism makes process ultimate; Western philosophy makes fact that ultimate.

-Jay McDaniel (rephrasing Whitehead's point)
I must ask my readers to forgive me for rephrasing Whitehead.  I know that he is a thinker of reknown, and that I am only the editor of Open Horizons.  But I hope that my rephrasing of his paragraph gives you a sense of connections between Whitehead's philosophy and Buddhism.  Many Whiteheadians suggest that what Whitehead means by Creativity is what Buddhists mean by Emptiness or Sunyata.  Emptiness is not a creator of the world.  It is the ultimate reality of which all actualities, including God, are embodiments.  In the West it is sometimes called the Godhead.  But it is not a thing.  It is the no-thing-ness of which all things are expressions.
Whitehead proposes that God and the many actualities of the evolving universe are embodiments of this Emptiness.  This does not mean that they are created by Emptiness  It means instead that, in their self-creativity, they are spontaneous expressions of it.  The self-creativity of each actual entity is the spontaneous expression of Emptiness.  Everything we see around us, and everything we discover within us, is Emptiness.  You cannot grasp it, but you can awaken to it.  And the awakening itself is an expression of Emptiness.  In the enlightenment experience Empiness awakens to Emptiness.

Zen as This Worldly Buddhism

Let's get concrete.  We read in the Heart Sutra that Form is Emptiness and Emptiness is Form.  To say that Emptiness is Form is to say that it is embodied in the actual entities of the universe: the rocks and trees, the hills and rivers, the ancestors and spirit, the angels and devils. .

What is an actual entity?  Whitehead writes that how an actual entity becomes constitutes what that actual entity is.  (Process and Reality, page 23). This is almost like saying that the beings of our universe are verbs rather than nouns, and, to be more specific, they are adverbs or gerunds.  Mountains are how they become; rivers are howthey become; and we humans are how we become.  In our daily lives – in our way of living from the inside out – we become ourselves.  Our selves are not simply who we are; they are how we are.

There is something very concrete and this worldly about this Whiteheadian point of view.  We see it in Zen Buddhism.   In Zen spirituality does not lie in thinking about God while sweeping the porch, spirituality is sweeping the porch.  If we sweep mindfully and with full presence, life becomes sacred.  If you meet the Buddha on the porch, don’t ask him what enlightenment is.  Just pick up a broom and help him. ​
​

Judaism as Worldly, Too

Judaism points in this direction, too.  If you are Jewish you are probably more interested in what people do – in how they live their lives and treat others – than in what people believe.  You, too, value life and in the hallowing of life.  You see spirituality in extending hospitality to strangers, in being faithful to commitments, in asking questions and seeking truth, and in the enjoyment of healthy relations with others.

In a certain sense, if you are Jewish, you are a mix between Buddhism and Confucianism.  Like the Zen Buddhist you find the sacred in the concreteness of daily life; and, like the Confucian, you find the sacred in the reciprocity and creativity of social relationships.  Building a just and harmonious society is an important part of your life.  You are interested in shalom.  You see shalom as a process, too.  You want to play your role by helping heal a broken world.

If you are Jewish, you may also believe in God. And you may find yourself asking: “Is God becoming, too?”  Perhaps you know that some people envision God as a fixed and changeless reality who knows the future in advance.  “God is beyond becoming,” they say, “because even future events are fully present to the timeless gaze of the Lord.”  They have been influenced by Platonic thinking which depicts perfection as changeless.

Of course this way of thinking contradicts the more dynamic and biblical way of thinking about God.  In the Bible God is conceived more Asianly.  God is reciprocally related to the world, event by event.  God is an act of seeking shalom.  As events occur in the world God changes and God is in the changing.  If we are to think this way, though, we may need to break free of philosophies of being, and move in the direction of philosophies of becoming.

This can be especially important in times of suffering, when we seek consolation.  It is not consoling to say that tragedies were foreseen by God.  It is better to say that tragedies are tragic, especially to God.  How can we move in this direction?  Process thinkers propose that the God of the Bible is not an exception to Emptiness, but rather an expression of it.  God is among the beings -- albeit everywhere at once -- whose self-unfolding is pure becoming.   And God is a supreme expression of, not an exception to, the interconnectedness of all things.  What makes God "God" is that God's unfolding is Emtpiness expressed as limitless love.  But of course this language is abstract.  Perhaps we can gain guidance from a wise teacher, a rabbi.  For my part, I find the voice of Rabbi Bradley Artson especially helpful.
​

God is Becoming
Consolation in the Face of Tragedy

It started with the belief that we perceive the world as a collection of things-mostly static, isolated objects that interact but remain separate.  Being is the core of that ontology.  I believe that science joins faith to demonstrate that this perception is a distortion.

The core of reality is not being (which is an intellectual abstraction) but becoming, which is the key characteristic of all, including God.  The universe is a welter of endless change, as we and all around us reach the present as the result of the choices we have made, the “choices” creation has made, and the God-infused lure toward innovation, creativity, and righteousness that is always inviting us toward goodness.  Process thinker Charles Hartshorne referred to that not as “ontology” but as “hyathology,” from God’s dynamic name revealed to Moshe: I am becoming what I am becoming (ehyeh asher ehyeh).

I believe that God, in choosing to create, created us really.  That means that our independence is not illusory or ephemeral.  We, along with all creation, have real agency; and the choices we make are truly untrammeled, unprogrammed, and unforeseen by God.  God is vulnerable to surprise and disappointment, just as we are. The universe unfolds according to inner logic; the laws of physics operate and God cannot/does not suspend them based on moral standards.  As Rabbi Harold Kushner says, asking the universe to treat you better because you are moral is like expecting the bull not to charge because you are a vegetarian.  I believe that God did irrevocable tzimtzum (withdrawal), creating the reality of our own autonomy and agency along with all creation.

I believe that people misunderstand the nature of divine “power” as coercive, as omnipotence, which I regard as a philosophical mistake, a religious disaster, and a source of emotional and ethical torment.  Thinking of God as having all the power leaves us rightly feeling betrayed and abandoned (“was I not good enough for God to intervene?”).  It leaves theologians in the positions of Job’s friends – discounting our core ethical knowledge in an attempt to defend the indefensible.  We do know good and evil:  God infuses us with that awareness.  And someone dying young, someone struggling with special needs, illness, or poverty is indefensible, especially if God is omnipotent.  Hiding behind “it’s a mystery,” or “we can’t understand,” or “it’s all for the best” is, in my opinion, worse than unsatisfying, because it requires either blaming the victim or denying our ethical compass.

I don’t think we have to abandon a conviction of a loving God.  But I invite us to grow past an almighty one.  If God has truly ceded to creation the ability to make choices, then God didn’t kill the innocent, didn’t allocate disability, didn’t impose poverty.  Looking for God in special effects causes us to mistake theater or science fiction for life.  God is found not in the suspension of nature’s laws, but in the intrusion of novelty and surprise from within fixed law, in the abiding nature of hope, and in the transforming power of love (a power that is persuasive, not coercive).

When my beloved student was struggling with what became a terminal illness, I saw God being very busy throughout his struggle – in moments of laughter and song, in the strength of the relating that bound us all as a community and kept my student feeling connected through his very last minutes, in the determination to be there with and for his family throughout and beyond the ordeal.  I never expected God to guarantee an outcome or suspend the natural.  I did expect to find God in the steady constant lure toward good choices and responsibility.  And that God did not disappoint.

One last thought: if God is the ultimate exemplar of process, of the focus on becoming rather than being, then God absorbs and is affected by all that happens, by all our choices, by the ways that nature proceeds. Our sorrows are not lost – they permanently become part of the divine.  Our joys and our lives are not forgotten, they are eternally and objectively real in the divine mind.  In that way, I can affirm that my student’s life is not ended, although he is no longer visible to our eyes. He, too, is a process, and the process never ends.

In the face of loss and grief, I offer the affirmation that our love and prayers and heart connect us to each other and to creation – that feeling the beauty around us, smelling its scents, touching the earth and sky, connecting to others, working for justice, these are encounters with all and the All, and they offer the relationship and connection that is life’s true consolation.
Open Horizons