​Blood on the Mountain

​Mari-Lynn Evans and Jordan Freeman have created a hard-hitting documentary on the brutal coal war which has been going on for 150 years in West Virginia. The filmmakers chart the staggering disregard by coal companies, which they call an "outlaw industry," for the health and lives of coal miners. For years, unions have complained about the unsafe working conditions and the black lung deaths of those who descend into the bowels of the earth to bring more wealth and power to those who hired them.

While some residents of Appalachia remain firm in their support of the coal industry, many more have lost their jobs; seen their family and friends die of cancer caused by water and air pollution; suffered from coal-chemical spills; and watched the mountaintop removable of coal destroy the beauty of the land they call home.
Many residents believe that the mining companies are only interested in more coal production and increased profits. The filmmakers point out that 80 to 90 percent of the mineral-rights are owned by absentee corporations who have no respect or love for Appalachia. Yet these newcomers to West Virginia are supported by members of Congress and other government officials whose political careers have been bankrolled by Big Coal.

In his testimony at a hearing on mine safety in 2008, former Massey Energy CEO Don Blankenship is asked if he knows the number of coal miners who died in the past eight years. He responds "No" and then is told that 52 deaths happened during his reign as an executive of this large company. This brief vignette illustrates the lack of corporate responsibility in the coal-mining industry.
This vigorous documentary reveals the ruthless economic and political injustices which have brought death and destruction to the besieged miners and the environment they love. Check out two other films by Mari-Lynn Evans and Jordan Freeman — The Appalachians (a PBS series) and Coal Country, a documentary. 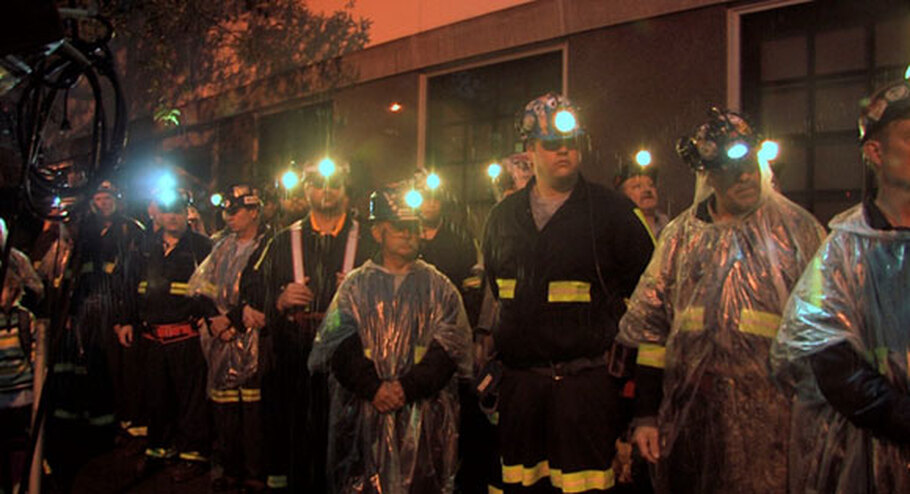