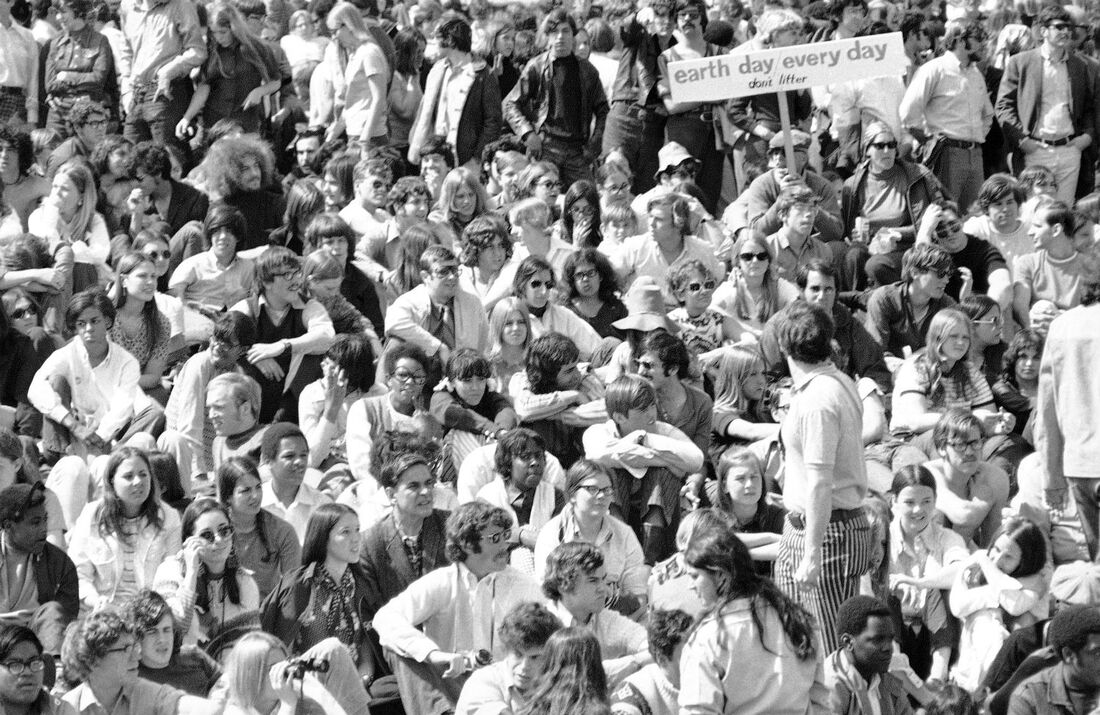 Can Earth Day Ever Be Exciting Again?
Meijun Fan’s Idea of Process Communitarianism
​

Perhaps now more than ever we need Earth Day.  With one apocalypse, the pandemic, running its course; and another, global climate change, well underway, wouldn't it be nice if people felt and acted upon a new found allegiance to the well-being of life on earth?  All of it: the people to be sure, and also the hills and rivers, animals and plants, air and water.  Wouldn't it be nice if they felt an allegiance to the Earth the way, say, they feel allegiance to their political party, or their religion, or their philosophy of life, or their favorite football team?  In any case, unfortunately, many people aren’t really that excited about it.  Not like they were in 1970 when it started.

Devi is simply asking why Earth Day seems to martial less collective enthusiasm that it did in 1970 and the early years.  One of his answers is that Earth Day lacks diversity.  As one of the early organizers laments, at the top levels “you’ve had only white, middle-class male leadership; it’s very difficult to move beyond that.”  Earth Day enthusiasts “didn’t bother to reach out beyond what is a middle-class, white constituency, and that is not enough people to fight off the kind of attacks that are happening now.”  I’ll let you be the judge of whether or not what he says is right.

A Neglect of the Human and the Local

I’d like to add is that, for some people, the struggles of daily life, and the desire for satisfying community at a local level, surpass calls to “save the planet.”  They are just trying to save themselves and their families in situations of poverty, repression, and sadness.   But for one reason or another when they hear “the Earth” as a rallying cry, they don’t hear their own immediate concerns.  They want to live in communities that are just, sustainable, and joyful.

The metaphor of the Earth is not enough

Related to this is that, when it comes to rallying cries, the Earth is not enough.  Here I’m not speaking about the biophysical planet: the hills and rivers, the plants and trees, the soil and sunshine, the animals and us.  I’m speaking about the idea of the Earth, its evocative power.  To be sure, the idea of the Earth does have evocative power, but not quite enough.  I wish things were otherwise.  I wish that people would rally around the Earth the way they will rally around, for example, their nations or their local communities or their football teams.   But I suspect that other ideas and language are needed to help marshal the needed enthusiasm.

The Idea of Ecological Civilization

What to do?  A step in the right direction has been taken by advocates of Ecological Civilization.  I am among them.

An ecological civilization is not simply an environmentally responsible civilization.  It is a holistic, constructively postmodern civilization.  It consists of local communities where people live with respect and care for the community of life, knowing that they are small but included in a larger ecological web – the living Earth -- that has value in itself.  The local communities are creative, compassionate, participatory, diverse, inclusive, humane to animals, and good for the earth, with no one left behind.

The Need to Think Locally

It is not enough to talk about the big and large, it is absolutely necessary to talk about the small and beautiful.  This neighborhood, this community, these old people, these young people, these animals, this portion of the good earth.  This is the kind of thinking that many agrarian peoples have, and that urban people have lost.

Meijun Fan of the Institute for Constructive Postmodern China calls it process communitarianism.  She is influenced by John Cobb and his idea that what the world needs to become is a community of communities of communities; and also by process philosophy, indebted as it is to the organic perspectives of the late philosopher and mathematician, Alfred North Whitehead.   As she sees things, a process communitarianism does indeed think locally as well as globally, but it bypasses the liabilities of capitalist individualism and communist collectivism.

If we think in terms of a process communitarianism, she says, we feel that we belong to a local community of friends, we take care of people and the rest of creation, and we do so in a way that honors the “you” of each person, with his or her own unique selfhood.  We know that our local community is itself in process, which means that we learn from traditions and are open to the unforeseen future, neither to the exclusion of the other.  Our economic relations are guided the idea that the well-being of humans and the earth, in local settings is the norm by which economic well-being is measured.  Economics serves community, not the other way around.  And our spiritual sensibilities are guided by the idea that we and other living beings can flourish, living in creative harmony with one another.  If we are religious, we may well believe that the web of life itself is enfolded within a larger and loving context, a Great Compassion, in whom all things live and move and have our being.  But religious or not, we recognize that there is something sacred in life itself, and in the local community.
Open Horizons