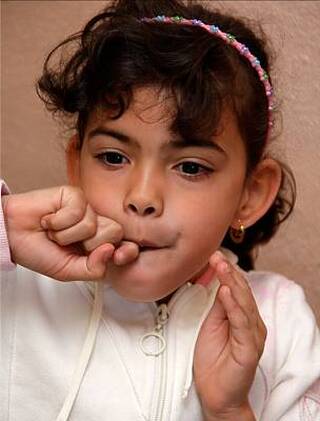 ​
Can Process Philosophy
​ be Whistled?

​
a Whiteheadian appreciation of whistled language

​Whistled languages are found all over the world.  They are rare compared with spoken languages, but beautiful in their simplicity and novelty.  The ancient Chinese even developed a form of whistling called transcendental whistling.  A skillful whistler could summon animals, communicate with supernatural beings, and control weather phenomena.

This raises interesting question for those of us in the process world.  Can process philosophy be whistled?  Might ecologically oriented philosophers likewise summon animals spirits?  Here's hoping.  We need those spirits in order to survive.

One thing for sure.  Whistled languages are a cultural heritage well worth preserving for two reasons.  They are quite beautiful in their own right, as are the people who whistle them and the cultures that co-create them.  This page features whistlers from Turkey and the Canary Islands.  Additionally, the whistled languages remind us that language itself is more, so much more, than the written and spoken word.  Ask the birds.  Ask the bees.  Ask the ants.  Ask the bears.  All communicators par excellence.  Ask the whistlers.
In Turkey, Keeping a Language of Whistles Alive
‘Special and Beautiful’ Whistled Language Echoes Around This Island

A unique feature of process philosophy is that propositions (ideas, and possibilities) can be felt and understood without the mediation of written and spoken words.  We can communicate with one another, sharing ideas and possibilities, through gestures, rituals, images, smells, and, as in the case of whistle languages, whistling. Whistled languages come close to spoken languages in that they emulate speech, but they are not speech as ordinarily defined.  Here is how Wikipedia describes them:

​Turkey
​
all images from UNESCO
​

​"Whistled language is a method of communication that uses whistling to simulate and articulate words. The practice developed as a result of the steep mountains and rugged topography of the region, which required the local population to find an alternative way to communicate across long distances. The practitioners are mainly agricultural communities who spend most of their lives outdoors. The communities concerned consider this practice to be a key reflection of their cultural identity, which reinforces interpersonal communication and solidarity. Although the community is aware of the importance of this practice, technological developments and socioeconomic changes have led to a decline in the number of practitioners and areas where it is spoken. One of the key threats to the practice is the use of mobile phones. The new generation’s interest in whistled language has diminished considerably and there is a risk that the element will be gradually torn from its natural environment, becoming an artificial practice. In spite of such threats, the communities have been actively promoting this linguistic practice both nationally and internationally to ensure its sustainability, and whistled language is still transmitted from generation to generation in the context of parent-child relations through both formal and informal methods."

all images from UNESCO
​

​"The whistled language of La Gomera Island in the Canaries, the Silbo Gomero, replicates the islanders’ habitual language (Castilian Spanish) with whistling. Handed down over centuries from master to pupil, it is the only whistled language in the world that is fully developed and practised by a large community (more than 22,000 inhabitants). The whistled language replaces each vowel or consonant with a whistling sound: two distinct whistles replace the five Spanish vowels, and there are four whistles for consonants. The whistles can be distinguished according to pitch and whether they are interrupted or continuous. With practice, whistlers can convey any message. Some local variations even point to their origin. Taught in schools since 1999, the Silbo Gomero is understood by almost all islanders and practised by the vast majority, particularly the elderly and the young. It is also used during festivities and ceremonies, including religious occasions. To prevent it from disappearing like the other whistled languages of the Canary Islands, it is important to do more for its transmission and promote the Silbo Gomero as intangible cultural heritage cherished by the inhabitants of La Gomera and the Canary Islands as a whole."

A unique feature of process philosophy is that propositions (ideas, and possibilities) can be felt and understood without the mediation of written and spoken words, consciously and unconsciously.  We can communicate with one another, sharing ideas and possibilities, through gestures, rituals, images, smells, and, as in the case of whistle languages, whistling.

Can process philosophy be whistled?  Can the sounds of a whistler communicate ideas such as process and mutual becoming, the intrinsic value of all life and the beauty of the earth, the value of friendship and the primacy of persuasio over coercion? I don't know.  Maybe so!

What I know is that process philosophy can help us appreciate and understand the whistled language of Turkey as a method of communication that might be, in many instances, better than written or oral communication in words.  In discussion incense as a symbol Whitehead writes: certain aesthetic experiences which are easy to produce make better symbols than do words, written or spoken."  And he adds that they are better because they are, in his words in Process and Reality, "handy." Whistling is a handy form of aesthetic experienced, filled with contrasting sounds, that evolved as a medium of communication in rural Turkey.

Indeed, with its emphasis on contextuality, Whitehead's philosophy might also help us appreciate and understand why whistling emerged as a language.  It did not drop from heaven as an already existing language; it evolved naturally in response to social needs and environmental conditions. UNESCO writes: "The practice developed as a result of the steep mountains and rugged topography of the region, which required the local population to find an alternative way to communicate across long distances. The practitioners are mainly agricultural communities who spend most of their lives outdoors."

Moreover, from the perspective of process philosophy, the very particularity and uniqueness of this language is itself a gift to the world: that is, something valuable, something beautiful, that makes the whole of the world richer.  Process theologians would add that it makes even God richer, for God's own life is an ongoing reservoir of the experiences enjoyed (and suffered) by people and other living beings on our small planet.  Whistled language is not just part of the world's life; it is also part of God's life.

Does whistled language have a future on earth as it does in heaven?  I'm not sure. UNESCO points out that one of the key threats to whistled language in Turkey today is the cell phone.  The cell phone helps satisfy the need to communicate across long distances, in which case whistling becomes unnecessary.

​If it has a future on earth, whistled language will be preserved because it provides a sense of cultural identity and mutual belonging, and perhaps because people in other parts of the world find it a treasure. Which it is. All the more important that we humans learn to appreciate, to take delight in, the unique and diverse forms of beauty on our planet, both human and natural.  Humans whistle, and birds do, too.  Birds whistle without lips, using their vocal chamber. Every whistler has her or his own unique tone, unique quality.  I can't imagine an ecological civilization without whistling.