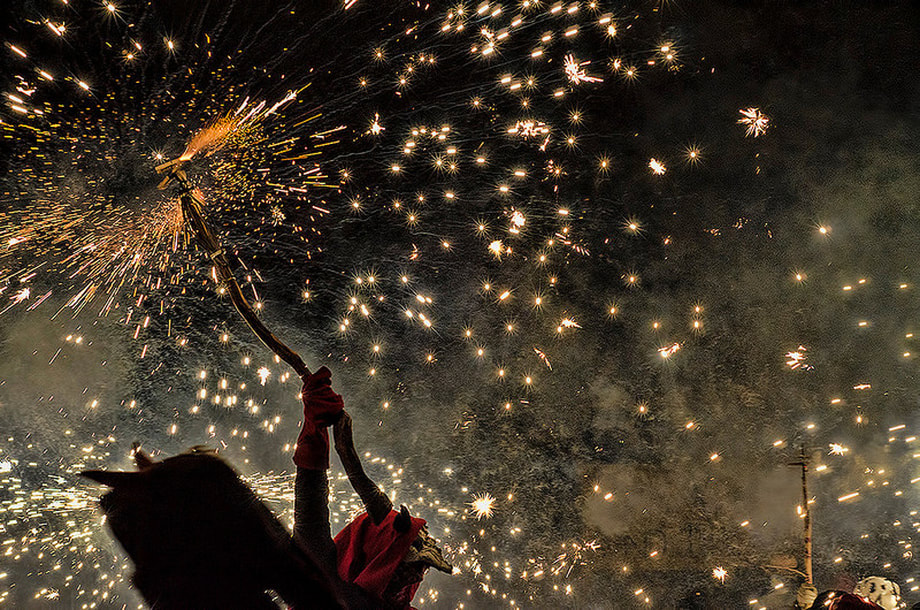 ​Creation out of chaos as the cacophony of the Deep


Noise is the cacophony of chaos
that precedes ​all creative activity
​

​
The Cacophony of the Deep

Noise music is enjoyably chaotic in two ways.  It is internally chaotic in the cacophony of its sounds, and it is externally chaotic in the role it plays in society. For the high-minded, its social function is to destabilize habitual forms of listening and, implicitly, to critique existing canons of order. Thus, for them, noise music is a protest against rigid social arrangements and a protest for a more just social order in which all sounds are heard as music.  It is a hidden call for democracy in which no voice is left behind.  Understood this way, noise music has an important function in overly stratified, authoritarian societies.

Of course most noise listeners are not so high-minded, at least in a self-conscious way. They find noise music pleasurable by virtue of its intensity, spontaneity, volume, and energy -- and the pleasure is its own reward.  For most, the listening will only occur in spurts: twenty seconds of a recording.  It will be like a shot of very strong espresso: good for the moment but not worth drinking all day.  Soon they will turn to more familiar music.  For a few, a spurt of chaos is by no means enough.  They will go to a noise concert and immerse themselves in sonic chaos for, say, two hours.  For them chaos itself will be cleansing.  It will be like going to church, except the church is a concert hall and the hymns are cacophony.

The "chaos" of cleaning chaos is relative not absolute.  Noise music has its patterns, as do all forms of music. But noise music is chaotic according to our ideals (Whitehead's phrase) of music, and we may find this relative chaos philosophically important as well as sensuously enjoyable.  As we reflect on the effects of noise music, we realize that our ideals of order are 'constructed' out of many different lineages: racial, ethnic, sexual, political, industrial.  We are also reminded that our habits of listening are likewise shaped by these constructions.  We do not listen with pure ears; we listen with ears shaped by our social circumstances and biological conditions.  Noise music forces us into alternative forms of listening, amid which what we once called "music" is but one permutation of noise.  Noise precedes music -- or, perhaps better, all noise is music, for those with ears to hear.

So what is noise as such?  The word can have many meanings.  Here, let "noise" refer to the cacophony of chaos that precedes any act of creativity, including divine creativity.  Of course there are many kinds of chaos: sonic, emotional, intellectual, social, spiritual.  In noise music, the chaos is sonic but also (at a concert) visual and emotional.  The noise musicians create the chaos, to be sure, but their creativity comes out of a chaos as well: that is, out of the multiplicity of sounds available to them (sounds not already connected) and out of the indeterminacy present in the multiplicity.  Noise is multiplicity and indeterminacy: created and received.

Noise is as important to theology as language, and language is itself a form of noise.  In the beginning was not the word.  In the beginning was the chaos and the cosmic Musician who provided and still provides patterns for order: atomic, molecular, galactic, biological, emotional, intellectual.  The Musician does not create out of nothing but rather out of chaos, out of noise; and we do the same! Chaos is the font of all creativity, both constructive and destructive.  It is as essential to the cosmos as God, and without chaos God could not exist.

​In Paradise Lost, John Milton speaks of this chaos as the hoary deep.  Whitehead adds that this deep is the beginning of every experience: "A multiplicity has solely a disjunctive relationship to the actual world. The ‘universe’ comprising the absolutely initial data for an actual entity is a multiplicity."   God does not create from nothing and neither do we.  We create out of chaos: the springboard for all novelty.  Noise music is an occasion to enjoy the springboard...for as long as the ears can stand it.

A Sample from Japanoise: Music at the Edge of Circulation

"Noise, an underground music made through an amalgam of feedback, distortion, and electronic effects, first emerged as a genre in the 1980s, circulating on cassette tapes traded between fans in Japan, Europe, and North America. With its cultivated obscurity, ear-shattering sound, and over-the-top performances, Noise has captured the imagination of a small but passionate transnational audience. For its scattered listeners, Noise always seems to be new and to come from somewhere else: in North America, it was called "Japanoise." But does Noise really belong to Japan? Is it even music at all? And why has Noise become such a compelling metaphor for the complexities of globalization and participatory media at the turn of the millennium?

In Japanoise, David Novak draws on more than a decade of research in Japan and the United States to trace the "cultural feedback" that generates and sustains Noise. He provides a rich ethnographic account of live performances, the circulation of recordings, and the lives and creative practices of musicians and listeners. He explores the technologies of Noise and the productive distortions of its networks. Capturing the textures of feedback—its sonic and cultural layers and vibrations—Novak describes musical circulation through sound and listening, recording and performance, international exchange, and the social interpretations of media." (British Forum on Ethnomusicology)

​Aboriginal Disorder, Chaotic According to Our Ideals

"In the Timaeus the origin of the present cosmic epoch is traced back to an aboriginal disorder, chaotic according to our ideals. This is the evolutionary doctrine of the philosophy of organism. Plato's notion has puzzled critics who are obsessed with the Semitic theory of a wholly transcendent God creating out of nothing an accidental universe.  Newton held the Semitic theory. The Scholium made no provision for the evolution of matter— very naturally, since the topic lay outside its scope. The result has been that the non-evolution of matter has been a tacit presupposition throughout modern thought.  Until the last few years the sole alternatives were: either the material universe, with its present type of order, is eternal; or else it came into being, and will pass out of being, according to the fiat of Jehovah. Thus, on all sides, Plato's allegory of the evolution of a new type of order based on new types of dominant societies became a daydream, puzzling to commentators. Milton, curiously enough, in his Paradise Lost wavers between the Timaeus and the Semitic doctrine. This is only another instance of the intermixture of classical and Hebrew notions on which his charm of thought depends. In the description of Satan's journey across Chaos, Satan discovers

Before their eyes in sudden view appear
The secrets of the hoary Deep -- a dark
Illimitable ocean, without bound,
Without dimension; where length, breadth, and height,
And time, and place, are lost; where eldest Night
And Chaos, ancestors of Nature, hold
Eternal anarchy, amidst the noise
Of endless wars, and by confusion stand.

Milton is here performing for Plato the same poetic service that Lucretius performed for Democritus— with less justification, since Plato was quite capable of being his own poet. Also the fact of Satan's journey helped to evolve order; for he left a permanent track, useful for the devils and the damned. The appeal to Plato in this section has been an appeal to the facts against the modes of expression prevalent in the last few centuries. These recent modes of expression are partly the outcome of a mixture of theology and philosophy, and are partly due to the Newtonian physics, no longer accepted as a fundamental statement. But language and thought have been framed according to that mould; and it is necessary to remind ourselves that this is not the way in which the world has been described by some of the greatest intellects. Both for Plato and for Aristotle the process of the actual world has been conceived as a real incoming of forms into real potentiality, issuing into that real togetherness which is an actual thing. Also, for the Timaeus, the creation of the world is the incoming of a type of order establishing a cosmic epoch. It is not the beginning of matter of fact, but the incoming of a certain type of social order."

We Don't Care About Music Anyway
The Tokyo Noise Scene

"From radical turntablism (Otomo Yoshihide) to laptop music innovation (Numb), via classical instrument hijacking (Sakamoto Hiromichi), Tokyo's avant-garde music scene is internationally known for its boldness. While introducing some of the greatest musicians of this scene, "We Don't Care About Music Anyway..." offers a kaleidoscopic view of Tokyo, confronting music and noise, sound and image, reality and representation, documentary and fiction. "We don't care about music anyway"...In other words, "we make it and that'sall". Beyond the music and beyond its performance, the future and mode of existence of a city, and society as a whole, are in motion."

​People Who Do Noise
​The Portland Noise Scene

The Whiteheadian Wheel of Life offered below identifies eighteen spiritual moods found in different cultural and religious traditions.  Noise music partakes of creative energy and also, in its critique of habitual forms of listening, the prophetic imagination, skepticism and doubt.  Besides that, it's fun: humor and playfulness.  And it can take a person on a shamanic journey of fascinating and frightening proportions.  None of this is pleasant, but all is intense.  The aim at intensity, suggests Whitehead, is what all life seeks.  As Jesus could have said, humans do not live by bread alone.  We need chaos, too. 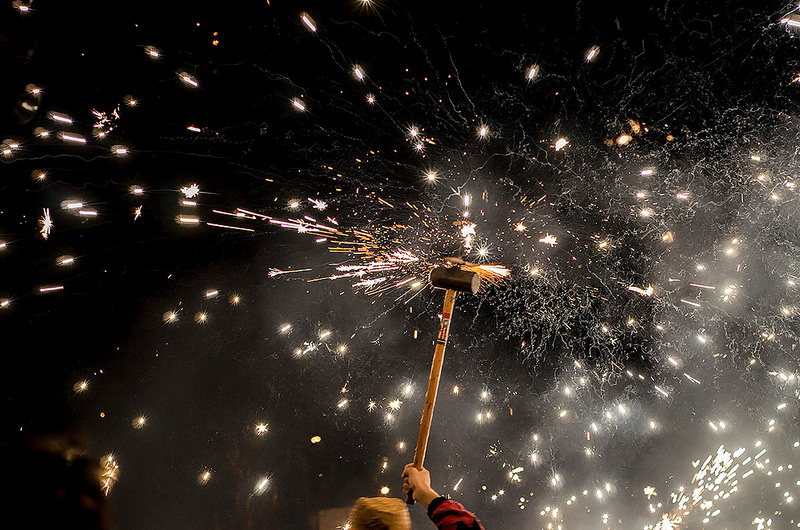