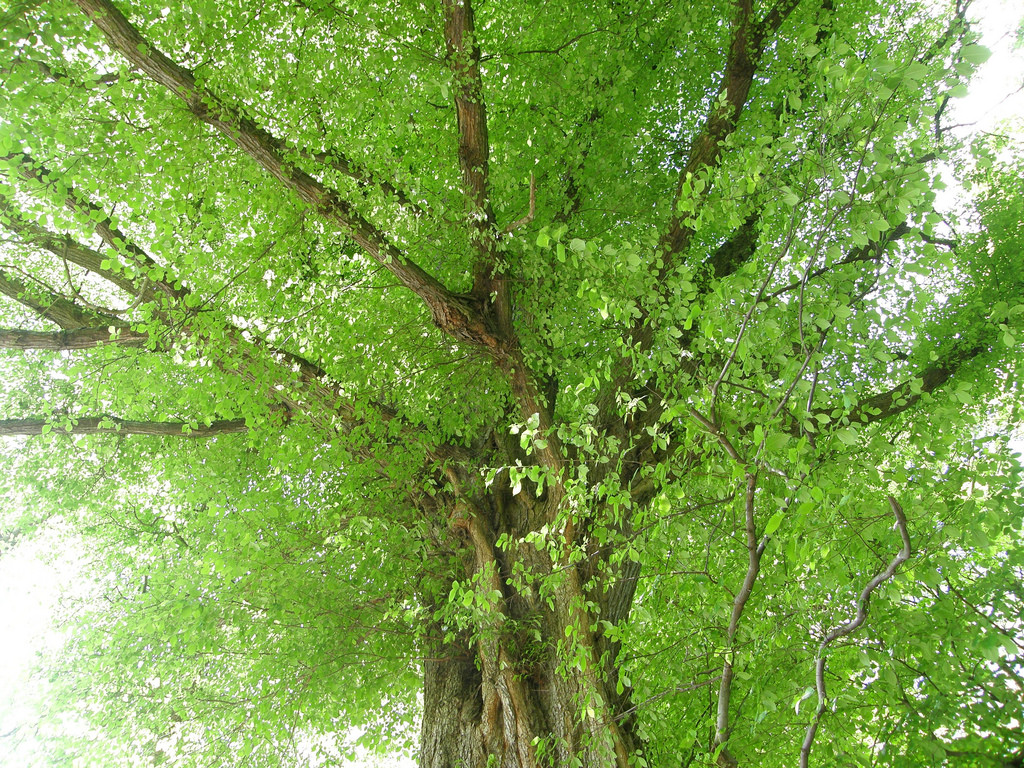 Cropping Out All Green at Sixty

Patricia Adams Farmer
​“From wonder into wonder, existence opens.”
​
​ –Lao Tzu
I dreaded turning sixty.  I dreaded it so much that I tried out different responses to ward it off—like lipstick colors for the desperate:  red renunciation, violet veto, and ruby dark denial.  Nothing worked.  Sixty just kept on coming.  For months before my birthday, I imagined a fire-breathing dragon lurking around the corner, waiting to singe off my eyebrows at the entry way to the inexorable downhill slide into that last third of life—a descent accompanied by smirky demons bearing images of medicine bottles, hearing aids, cataracts, sagging skin, and embarrassing forgetfulness.

But then I had an epiphany.  A few days after I passed the dreaded threshold of 60 (eyebrows still intact), I walked along a summery tree-lined walking path in New Mexico—the cool shade blunting the full rays of the intense Southwestern sunshine.  Could these lovely old trees, I wondered, offer some comfort or advice for a newly baptized 6-0 human being?  After all, they were aged too, and they didn’t seem to mind.

As if walking down the Damascus Road, a bright, shimmering light caught my eye.  The fat green leaves of a giant Cottonwood glittered in the wind like so many dancing sequins.  I stopped in my tracks.  As I watched the whimsical leaves shimmer with a kind of green joy, it occurred to me that I was shimmering, too.  Maybe not on the outside–I have long left behind shimmery eye-shadows—but on the inside, where it counts.  Yes, I thought, I feel just like that, like that Cottonwood tree.  Maybe I’m supposed to embrace the autumn of life and start grieving my lost youth and close up the shop of dreams, but darn it if it still doesn’t feel like summer!  I mean, summer feels happy and, much to my surprise, I realized that I am actually happier at 60 than I was at 50 or 40, or even 30!

But how could this be?  What’s so great about sixty?  And furthermore, aren’t I a little old to be “shimmering”?

It occurred to me that I relish the very number 60.  Sixty is round and proud and stately like a tree—and quite harmless after all.  Sixty reminds me, too, of the tumultuous decade of the 1960s, an epoch defined, at least at my house, by all meals in the kitchen accompanied by silent T.V. images of the war in Vietnam War (not a shimmering memory).  But there was an upside:  it was a decade when the young began to question everything, to believe in something beyond materialism.  I adored Bobby Kennedy, who was shot on my impressionable twelfth birthday.  (I later wrote about this in a novel, and it still brings me to tears.)  This decade formed the cultural crucible out of which many of my values were formed, like questioning everything, protesting for peace, and never, ever giving in to bigotry.

And trees.  My growing up in the nature-oriented Sixties taught me to value trees, to love trees, to depend upon trees above all things.  I used to climb an old Elm tree in the park across from my house just to get away from the world—or was it my mother?  At any rate, trees seemed to understand my woes.  Nowadays, I can’t climb trees so well, but I still turn to them for wisdom.

So, meandering among the Cottonwoods and pepper trees and the fragrant cedars of New Mexico, it dawned on me that a sixty-year-old human, like a sixty-year-old tree, has forged some very deep roots that are unseen, but significant.  And so the old trees have become tall and wide and strong—if not a bit gnarly in places—offering more shade and comfort than newly planted trees.

We old arboreals of the human species do offer more wisdom, perspective, and a few wild stories to pass on.  Of course, I could do without the wrinkles, new ones mocking me every day; but then again, they have stories to tell like rings of an old tree:  vignettes about growing up, seaside vacations (before sunscreen), learning, stumbling, laughing, and, most of all, questioning everything with furrowed brows.

Health naturally becomes a high priority at sixty.  But if we’re lucky, life is more than low-salt diets and calorie-counting, because around the age of sixty, the soul begins takes center stage—and when it comes to the soul, fat is good and healthy and even desirable.  The wide girth of the old tree trunk is likened to the ripening and fatness of the soul; that is, the ever expanding interior life that spills over into a deeper awareness of our fundamental kinship with trees, sky, birds, and fellow pilgrims on the earth.  We become more rounded in spirit, more compassionate with ourselves, which leads to more compassion for others.  And if we’re lucky, we might just find ourselves oddly contented:  that sweet, deep, ongoing happiness that makes us say aloud with the Psalmist in an unguarded moment of shimmering:  “My soul is content, as with marrow and fatness." (Psalm 63:5)

In the last third of life, our souls finally have a chance to widen out in untamed bursts of bold blossoms, no longer trimmed neatly by cultural expectations.  In other words, to hell what others think.  We can be ourselves, perhaps for the first time.  We come to see ourselves not as bodies in the process of dying, but rather as souls in the process of budding, widening out, gaining girth in wisdom and courage, and sometimes even daring to cross boundaries that may be culturally suspect—like loving our enemies.

Yes, if we choose in our sixties to expand with abandon rather than shrink back in fear, sudden bursts of insight begin to stop us in our tracks.  We find that—wait a minute—we actually prefer moments over money, hummingbirds over houses, and giving over receiving, like some kind of upside down cake.  Cleaning out our cluttered closets, we realize how clothes no longer matter so much.  We begin to think that Jesus—especially his words about the lilies of the field, not spinning their heads off in worry—was on to something after all.  Life becomes rounded and real and more honest than before.  Instead of living for the future, we savor a single day:  each one, an entire life-cycle.  We begin to ripen toward a larger beauty that transcends the body—a sort of bursting forth of the soul.

This ripening of the soul involves a disciplined letting go of that “boxed in” feeling and the tightly strung anxieties of youth—like needing to be (all at once) a huge success, wildly popular, highly attractive—and pleasing everyone in sight until we drop dead from exhaustion.  Such are the youthful follies that we must burst through in order to grow into our full maturity.  But all this soul-expansion doesn’t happen automatically.  We could just end up as big babies in old bodies with shriveled hopes and narrow views.  But if we choose this other route—the way of old trees—then we might just burst out of old expectations, and I, for one, keep working toward that goal
.
One of my favorite characters in literature is the proud English dowager Mrs. Fisher, who deigns to dignify the pages of Elizabeth von Arnim’s The Enchanted April with her walking stick, her stubborn loneliness, and her proud memories of dead friends.  The story takes place in the heady days of the 1920s, the jazz age, when youth are kicking up their heels; but Mrs. Fisher (whom we imagine in her late sixties) is stuck in an earlier age and feels like a piece of deadwood—of the dignified sort, of course.  But still, she agrees to join three younger women for a spring retreat in Italy.  There, in the enchanting presence of wisteria and sunshine and youth and fresh bursts of green, a part of herself rebels against that feeling of stodginess.  She simply doesn’t want to feel like deadwood anymore, but can’t seem to accept the new feelings either.  Her soul begins to grow disturbingly restless.  Much to her chagrin, Mrs. Fisher began to feel “a curious sensation, which worried her, of rising sap . . . it was such an absurd sensation at her age.  Yet oftener and oftener, and every day more and more, did Mrs. Fisher have a ridiculous feeling as if she were presently going to burgeon. . . . Dignity demanded that she should have nothing to do with fresh leaves at her age; and yet there it was—the feeling that presently, that at any moment now, she might crop out all green.”[1]

Thankfully for those of us who love happy endings, despite her struggle against this unseemly burgeoning, Mrs. Fisher does, in fact, “crop out all green.”  And so can we.  At any age.  And with the inspiration of trees and all other life forms pulsating around us, we can find the courage to keep burgeoning, to shimmer in greenness and joy and creativity.

This very kind of “burgeoning” happened in real life, in the real 1920s, to the philosopher and mathematician Alfred North Whitehead, who wrote his magnum opus Process and Reality in his late sixties.  Much of it was written in a couple of summers on the idyllic, tree-lined shores of the Caspian Lake in Greensboro, Vermont.  He wrote to his son that it was “an ugly little cottage with an enchanting close view of the lake.”  Enchanting indeed.  Working in a lake cottage ensconced in shimmering green trees and summer blossoms bursting forth every which way, his creativity bore great fruit.  In Process and Reality (developed out of his Gifford Lectures), he wrote of a world in process—a world of constant becomings, of tiny bursting-forths of never-ending possibilities for well-being, beauty, and creative transformation.

In a later letter to his son, still from the lakeside cottage, Whitehead described his finished text as “the biggest piece of imaginative work which I have attempted . . . Whether it will be a success I cannot have any idea.  It is rather an ambitious book, of the sort which may be a dead failure.”  But others describe it the greatest metaphysical work written in the twentieth century.[2]

Professor Whitehead, like the fictional Mrs. Fisher, “cropped out all green” in his late sixties with his imagination rising up like sap and flowing out to pages that continue to inspire our own imaginations today.  And he did it mostly in the presence of enchanting trees and lakeside beauty.  Life does indeed flow on in unrelenting change, but change, as Whitehead reminds us, offers possibility and freshness and bursting-forths that take our imagination to new levels.  At every age.

Our present world, not unlike the Sixties of my childhood, seems to be in the midst of a tumultuous transition.  It scares us, and sometimes we despair.  But those of us who remember the past—and survived it, more or less—can perhaps offer hope and comfort and maybe a little wisdom to the present generation of youth.  I hope so.

So, take heart all who are bearing presently down on sixty or seventy or eighty or beyond:  We must keep shimmering and budding and bursting forth for the sake of the world.  For the sake of the young.  For the sake of all that is still possible.  Old trees do, in fact, offer the best shade.
[1] Elizabeth von Arnim, The Enchanted April (original, 1922), Waking Lion Press, 2008

[2] Letters originally quoted in the appendix of Victor Lowe’s biography.  Special thanks to the excellent research by Adrian Ivakhiv in his post, “Whitehead in Greensboro.”  Check out his blog, Immanence: ecoculture, geophilosophy, mediapolitics
Open Horizons