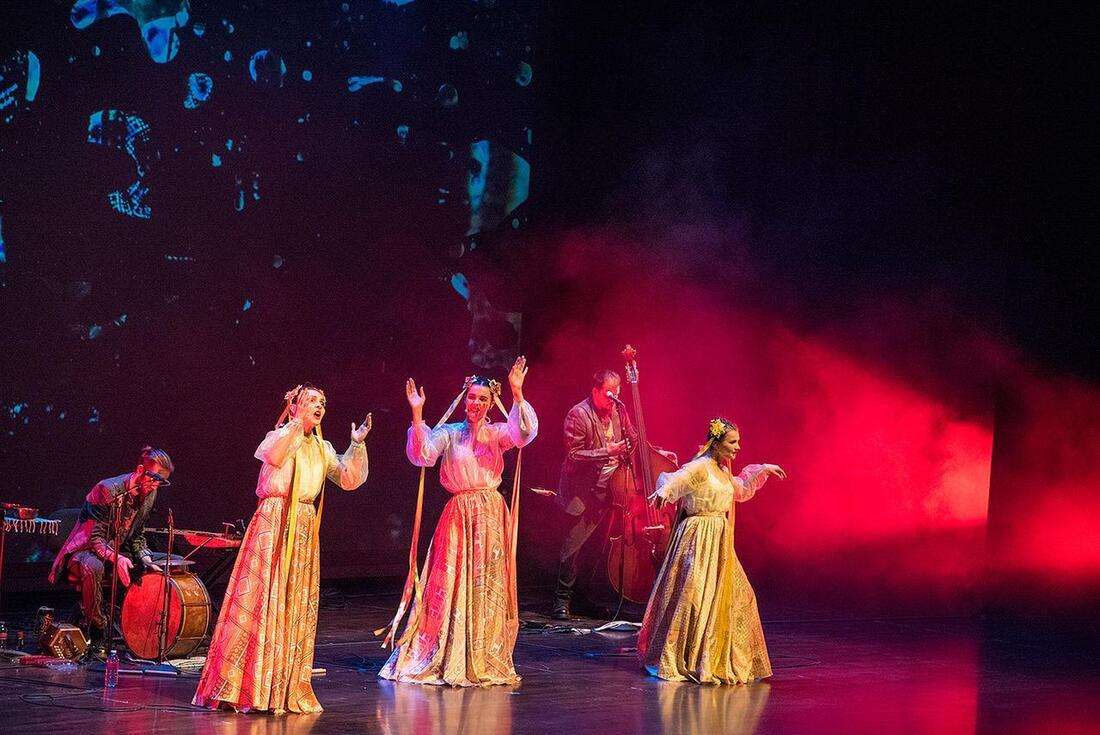 ​Culture as a Vibrating Energy,
​a Cosmic Living Organism
​ 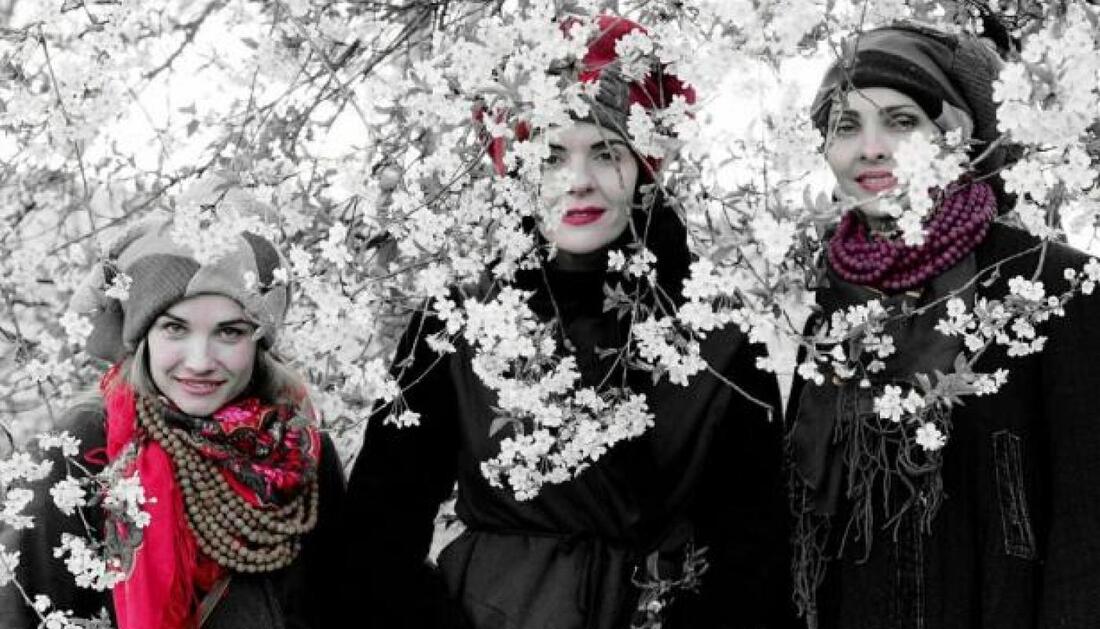 ​"The idea of culture as a cosmic living organism is central to Kurbasy, whose folk-based multimedia performances vibrate in tight vocal harmonies, resonant lyrics, culturally unique instruments, and phantasmagoric visual imagery...Conceived and directed by the band’s three actress-singers, Kurbasy’s sonic-theatrical explorations of Ukraine’s rich trove of calendar song cycles, lullabies, and legends, conjure the natural world, beliefs, and rituals, tracing contemporary connections to an archaic past."

All things are like living organisms, says the philosopher Whitehead. Plants and animals, living cells and molecules -- all are living in a certain way, all are organic. For Whitehead even the mystery at the heart of the universe, even God, is like an organism, a self-organizing whole with agency of its own: a Subject and not just an object, a Life and not just a thing. We can say "yes" to God, and Someone is listening. Might cultures be living organisms, too?  Might they, too, have lives of their own?  Kubarsy, an avant-garde musical theatre group from Ukraine thinks so. They don't argue the point; they perform it, weaving lullabies and legends into vibratory events, concretizing the archetypes of life and death, love and loss, humor and wonder into living energy. Whitehead speaks of his philosophy as a "philosophy of organism." It's nice to talk about organisms as if they were words on a page, but even better to experience them as events on a stage.

What Makes a Song Alive?
​

The pre-premiere screening of the musical-theatrical project of the KURBASY band is a poetic-singing action "What makes a song alive" based on poems and folklore by Ivan Franko. As part of the celebration of the 80th anniversary of the Museum and the implementation of the project of the House of Frank "Museum of People. House. Temple. Forum ”with the support of Lviv City Council

​
“A vibrating energy, a living organism…”
​

“We tried to distill the essence of how they saw the stages of life, when you have to say goodbye to your child as she becomes a bride and moves to a new home,” singer Myroslava Kyshchun-Rachynska notes. “It’s a tool to deal with your emotions. It’s very subtle.”

The leave-taking and grief, as well as the joy and revelry, suggested something beyond village traditions, hinting at questions, ideas, forces, and struggles of people everywhere.

“When we started to think about this, we started to feel there’s something of a magic charm, something that’s not logical, to these songs,” reflects Rybka-Parkhomenko. “It’s something that comes from deep inside, a vibrating energy, a living organism. From that, we got the theme and concept for our performance.”

Musically, Kurbasy has a keen sense of inherent dramatic tensions and grounds them in taut rhythms; they articulate unexpected modes, and highlight harmonies and dissonances.

​“We are conscious of the linkages, of one song to another, from one emotion to the next, one vocal expression to the next. Within each individual song we are building the story of the concert, and Vsevolod, Artem, and Markiyan are looking for the same thing in the instrumentation,” Rybka-Parkhomenko explains.

​"KURBASY is an avant-garde project on the border of theater and music. We started our journey in the Les Kurbas Theater in Lviv as a female vocal trio, and now we are experimenting with the sounds of instruments - traditional cymbals, drums and pipes, Tibetan bowls, harmonicas, violin and double bass. We research ukrainian song and music, live, multifaceted, create atmospheric performances together with talented artists and musicians."

Kurbasy: The Miracle of Creation
​ 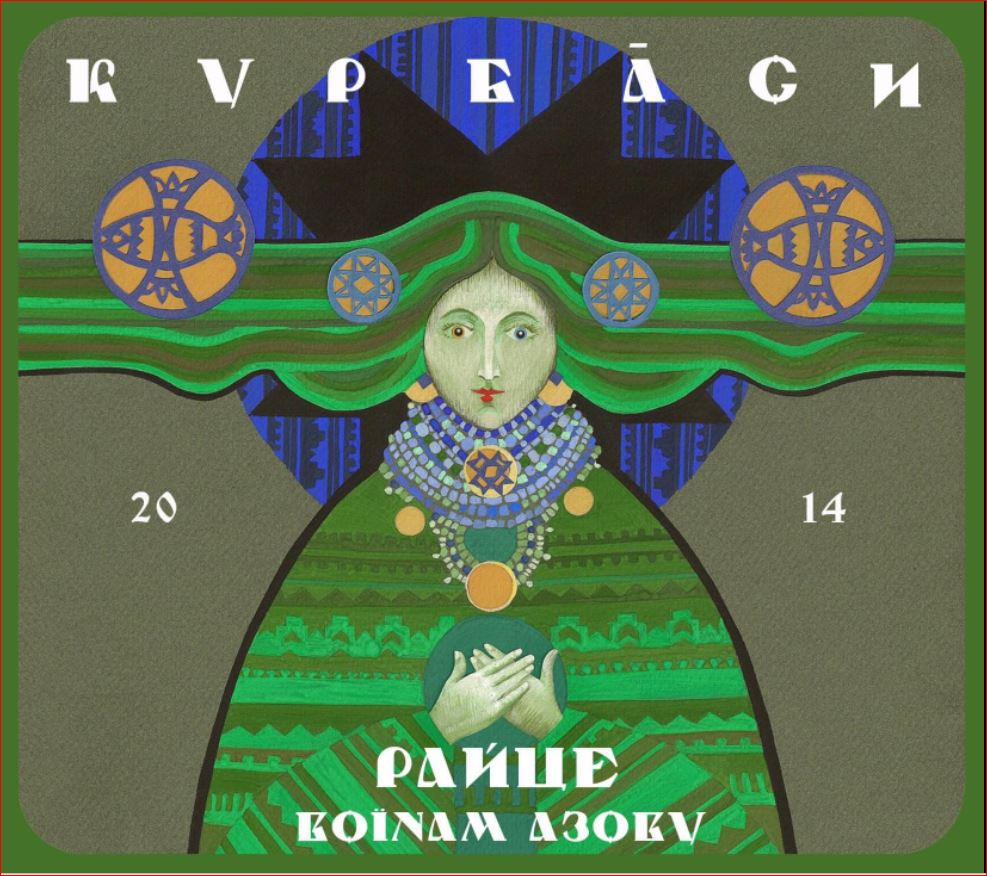 The history of our acquaintance with the Azov Regiment dates back to 2014, when the Les Kurbas Theater came to Mariupol several times with its programs. I still remember your eyes in the hall, the warm welcome and the song at the end. Kurbasa's first album - "Paradise", we dedicated to you, our soldiers!

​Today is 2022. For 55 days you are defending the "island of Paradise" - Mariupol, the city of St. Mary, the city of indestructible freedom and strength of spirit. All our fervent prayers and songs for you - relatives, for unborn children and their burnt mothers, for our sisters who give birth in cold cellars, and hundreds of children whom you sheltered and who survive in the inhumane conditions of Azovstal cellars, for your deceased fellow heroes who are waiting for a worthy immersion in the land of Ukraine. You swore allegiance to this Ukraine and took up arms, you shed blood for this land and give your lives. We believe that St. Mary will protect you under her omophorion, because your mothers, wives, children and brides, all of Ukraine are waiting for you alive." 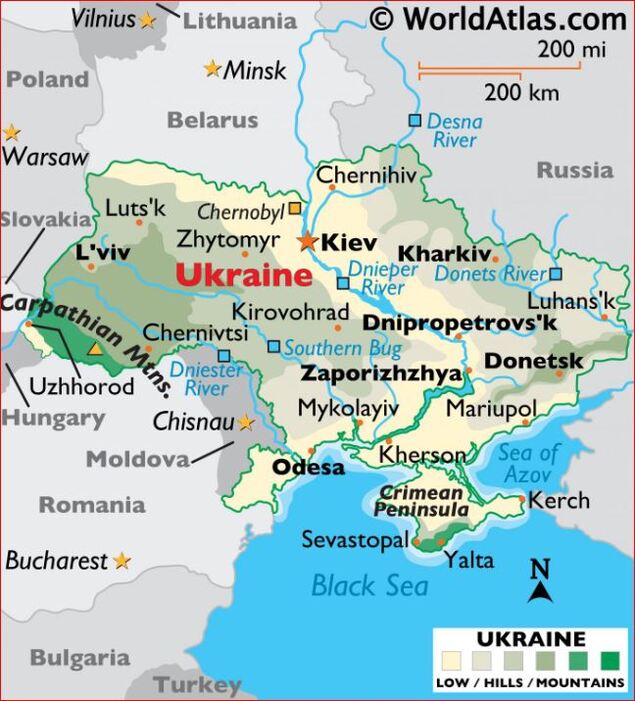