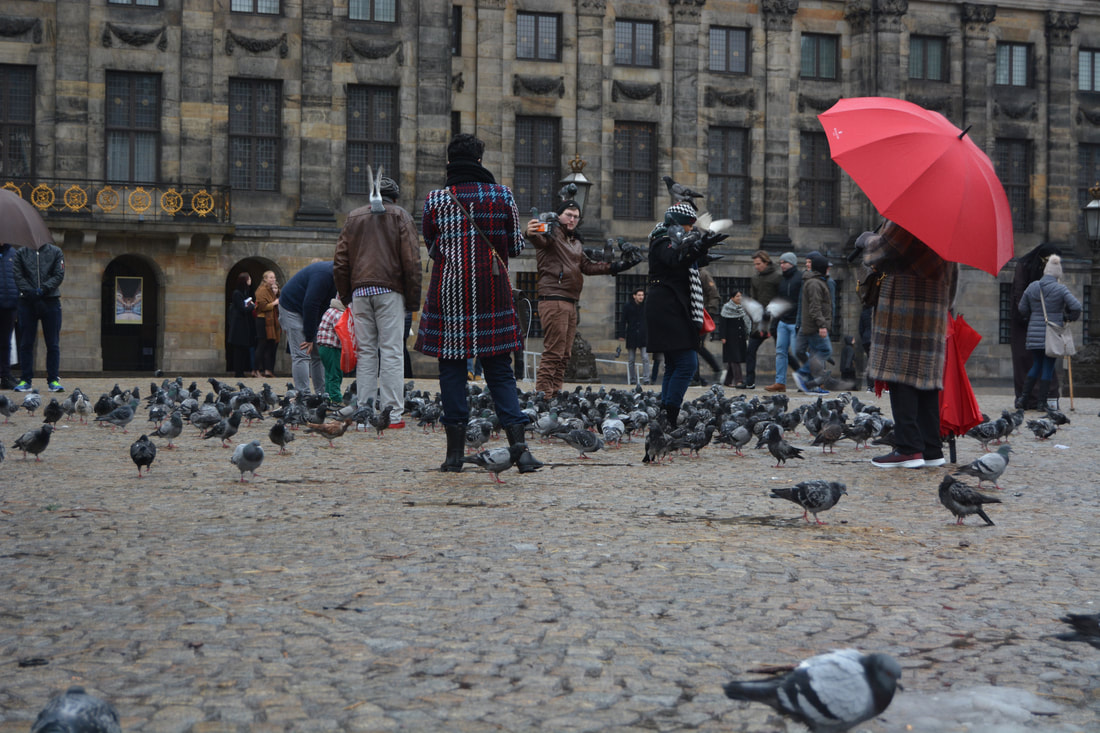 ​Democracy and the Divine


​We must not portray you in king’s robes,
you drifting mist that brought forth the morning.

​
What if an eleven-year old refugee to the United States grew up to become Secretary of State? It happened, of course. Her name is Madeleine Albright, the first female Secretary of State (1997-2001), and she knows a thing or two about tyranny and its consequences. Her family was forced to leave their homeland of Czechoslovakia twice, first because of Hitler, and then because of Stalin. It is no wonder that Albright has dedicated her life of service to the tenants of American democracy, guarding against fascism and political bullies of all stripes.

Albright, also a distinguished professor and author of the noteworthy book Fascism: A Warning, recently spoke to a large crowd of admirers at a college in my town. I was entranced by her strong and gracious presence. At 82, she possesses the voice and energy of a much younger woman, and I think it is because she lives with such purpose. Listening to Albright's historical perspectives made me keenly aware that what we thought was solid as a rock—our democracy—is much more fragile than we ever imagined. That's because democracy demands constant care: voting, thinking, working together, sharing ideas, and even sacrificing for the sake of the common good. But when our primitive fears are stoked by charismatic leaders, we lose all sense of what democracy means. The so-called "strong man" suddenly looks good, as if we forgot the whole Twentieth Century and its wars and horrors.

This, I believe, is where theology comes in. Why theology? Isn't it irrelevant to politics, leadership, and democracy? On the contrary, it matters more than we know. I believe that good theology can help reignite our love and responsibility toward democracy, while bad theology exacerbates authoritarian tendencies.

Of course, religion itself needs to stay out of politics, as democracy needs a strong separation of church and state in order to celebrate diversity. Still, God is in our psyches, whether we are believers or not. We are either acting or reacting in relation to some image of God or the Ultimate. During one of the 2019 Democratic debates, a commercial ran with atheist Ron Reagan promoting the "Freedom from Religion" movement. Such passionate atheists are reacting to a particular view of God (a distasteful view of God, in my opinion), and rightly wanting this ogre of a God to quit playing with politics. But democracy deals with values, and our values are often tied to our beliefs about ultimate matters. We cannot escape theology, even as we react against horrific notions of the Supreme Being.

Theology matters because we will be drawn, even on a subconscious level, to those leaders who exhibit what we imagine to be God-like traits—or at least traits that we consider elevated and noble. We will follow them; we will rally with them. Good or bad, it's what we do. So, we'd better be sure we have thought this through.

If our view of God is that of an omnipotent deity who wields unilateral power in the world, a God who resembles kings and emperors of old—or even a grumpy old white man in the sky—we're in trouble. We're in trouble any time we ascribe unilateral, all-controlling power to a deity because, sure enough, that image we will find and crown and worship here on earth.
​
The word "omnipotent" is not found in the Bible. It is found in the past, in philosophy and theology that fit the worlds of the past—worlds where power was concentrated in the hands of a few with one shining autocrat at the helm. We confuse God with monarchs when we need to make a clear distinction: "Give to the emperor the things that are the emperor's," says Jesus, "and to God, the things that are God's" (Mark 12:17).

All the Abrahamic Traditions are saddled with histories dominated by images of an all-controlling God, but each tradition also offers open and relational alternatives. A beautiful expression of this relational God from the Jewish perspective is found in Rabbi Bradley Shavit Artson's book: God of Becoming and Relationship. Two of the best Christian discussions of the nature of God's power are found in Thomas Oord's The Uncontrolling Love of God and David Polk's God of Empowering Love. For a Muslim perspective, Muhammad Iqbal's open and relational approach in The Reconstruction of Religious Thought in Islam has profoundly influenced some young Islamic scholars like Farhan Shah at the University of Oslo. For these open and relational thinkers, it's all about the power of love over the love of power.

Love is at the heart of everything meaningful and true and worthy of sacrifice. It insists on shared power, relational power—power that lifts up the "least of these" in our communities and as well as every last bee that pollenates our food sources. This view of relational power galvanized the leadership of the Rev. Martin Luther King, Jr., and the Civil Rights Movement. For King, theology mattered, faith mattered; but his kind of faith sought justice for the sake of love with a capital "L". King understood the underpinnings of the Universe: Love seeking to be embodied in forms of social justice, Love seeking incarnation in a radically relational world, Love seeking hands and feet and voices "to do justice, to love kindness, and to walk humbly with thy God" (Micah 6:8).

We live in a universe of radical relationality, and that includes a radically relational God who is here, now, sharing our sorrows and our joys, and inspiring our "better angels" to bring forth justice and goodness and relational beauty. This means that everyone counts, that power is shared, that democracy is a better model for what God's power is like than any form of authoritarianism.

Yes, a refugee should be able to thrive in our country and grow up to be a great leader like Madeline Albright. While her theology is unknown to me, her words and actions exhibit a core belief in a relational view of power, which serves as the foundation for any version of democracy in the world. If our view of God is counter to this—that is, if we cling to the omnipotent autocratic image—we're going to have a huge psychic struggle on our hands, and authoritarianism will be always be a threat. So, until our view of God evolves from the love of power to the power of love, we are lost.

And maybe we are lost. At least for the moment. Maybe our psyches are too fearful of change, too threatened by the "Other," too enmeshed in the charismatic influence of cult-like figures to get back home to love and justice. But this we must do and quickly, especially in the face of the existential threat of climate change.
​
One thing is for sure: Love is relentless. No matter how many bullies wreak havoc on the world, Love will never give up or give in. Yes, leaders drunk on their own power can drench the world in blood and suffering for a very long time, but Love doesn't go away. It pursues us, lures us, beckons us toward a better way. As egoistic autocrats continue to rise in these times of change and fear, we must choose which kind of power we believe is divine or of ultimate value: shared power or all-controlling power. Which will it be? Which way will we go from here? Theology matters.