Does Science Support Belief in God?

reposted from Process and Faith (Sept. 2008) 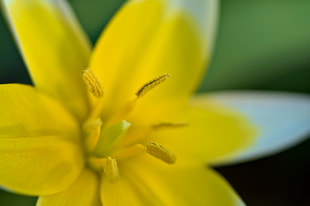 For most people who have studied science in high school and college, this question seems silly. Obviously, science as they studied it does not support belief in God. It would be a total violation of the rules of contemporary science, even of the way it is now defined, to introduce God into any explanation of what happens in the world. But if we are asking a slightly different question, the question of whether the findings of science, that is, our contemporary scientific knowledge, lend support to belief in God, the question is not silly. This tension between what has come to be understood as “science” today and the information that is gained by use of the scientific methods is worth exploring.

Like so many questions about the way we have been taught to think today, this one requires a little reflection about history. Modern science would not have come into being apart from belief in God. It was that belief that gave thinkers confidence that behind or beneath the ever-changing flux of things there were mathematically formulatable principles that explained what happened. To learn these principles would be to know something more about the mind of God. The early scientists repeatedly testify to their faith.
As these scientists succeeded in gaining knowledge of this kind, Christian thinkers began talking about the two forms in which God revealed Godself to the world. There was the Bible and there was nature. Both testified to the greatness and wisdom of the one Creator.

At that time also the question of whether science supported belief in God would have seemed silly—but for the opposite reason. Almost by definition, science was the study of how God worked in nature. Scientists discovered more and more wonderful laws obeyed by nature, testifying more and more to the power and genius of the great Law-giver.

How did the change occur? In part the advance of science was responsible. In the earlier stage of modern science, scientists discovered many different laws in every field they studied. There seemed to be nothing about the physical things that obeyed these laws that explained why they did so. The physical world was understood to be composed of matter, and matter lacked any property of its own other that extension. But as time went by, scientists discovered that many of these diverse laws were expressions of a much smaller number of very basic principles and that these principles could be understood as characteristics of nature itself.
A culminating instance of this was Einstein’s theory of general relativity or gravity. Newton’s discovery of the law of gravity had been a major contribution to the early modern science that saw laws as imposed by God on a matter that had no principle of motion within itself. Einstein explained gravity as the very nature of space-time itself. Newton needed a Law-giver; Einstein did not.
A second change brought about by the advance of scientific knowledge was in the understanding of creation. When our ancestors asked how this marvelous world could have come into being, it was natural to say that it was created by a very powerful and very intelligent being. If we come across a watch in the desert, we are sure that some human being has been there. A watch cannot come into being by itself. The natural world is far more wonderful than a watch, and it certainly requires a Creator. 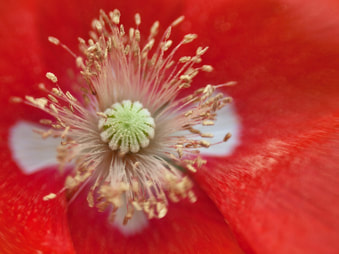 ​However, if this very complex world evolved gradually over eons of time from a much simpler one, the need for a creator diminishes greatly. The question is now whether a creator is needed to explain any of the steps in the long process of evolution, that is, are there gaps that can be explained only by external intervention. Scientists in general found the idea of such intervention fundamentally unacceptable. They defined nature as a self-enclosed system in order to exclude that possibility. Although they acknowledged that explaining the emergence of life and later of consciousness was very difficult, they excluded in principle the idea that God was needed for this explanation. Scientists as a group had faith that science could eventually explain everything.

The new overarching evolutionary view accepted by science introduced a new issue. If human beings are a part of the nature studied by science, then does not nature include thought and purpose? A few scientists have answered this affirmatively, but the great majority has responded negatively and ruled the affirmative answer to be outside of science. They have retained the understanding of the world studied by science as lacking in any subjectivity. They have retained also the idea that the world is completely self-contained, that is, that everything that happens in this world can be explained by causes internal to it. Thus it is not only God who is excluded as explanatory of anything in the world, it is also human purpose and intelligence. The brain can play a causal role, but subjective experience cannot.

From the perspective of process thought, this is where science has gone wrong and generated intolerable paradoxes. The decision to exclude the world of thought and feeling from playing a causal role is itself an act of conscious minds rather than of neuronal events as such. It has had enormous causal effects on the thinking and behavior of scientists. Yet all this must be denied by the scientists themselves, a denial which again is understood as physical events in the brain and hands and vocal cords not mediated by human thought or feeling. Indeed, in the name of science we are asked to affirm absurdities, even though it is supposed that it is not we, as conscious beings, who are asked to do this, but only neuronal activity in the brain.

If scientists as a group redefined science to be the study of both the objective and subjective worlds and their interactions, would that change the matter of the support of belief in God? From the process perspective it would. God acts in the becoming of every subject, that is, of every occasion of experience. Process theologians believe that the analysis of human experience reveals elements of novelty and purpose that can best be understood as the lure of God.

The objective world is made up of past occasions of experience. By influencing the way these occasions constituted themselves in the moment of their subjective existence, God has also influenced the objective events now studied by science. If scientists were open to this way of thinking of God’s work in the world, would they find any evidence to support it hypothesis? I think they would, and that would be evidence of three kinds.

First, although the many laws that once seemed to testify to the divine law-giver have been shown to be what Whitehead called “habits of nature” rather than imposed on nature from without, at another level, imposed universal regularities have been discovered. These are called “constants,” and their explanation has led those committed to a self-enclosed nature into extraordinary violations of what were once supposed to be the limits of science. They now hypothesize the existence of innumerable universes to which we have no access whatsoever in order to assert that the remarkable character of these constants can be viewed as a matter of chance. If there were no prejudice against introducing God into scientific explanation, there would be every reason to do so.
Second, there is no explanation of how such constants affect what happens in the world. Where do such constants exist? What kind of status do they have in order to play such an enormous causal role? Questions of this kind are rarely even asked. Whitehead does ask them, and his answer supports theism. 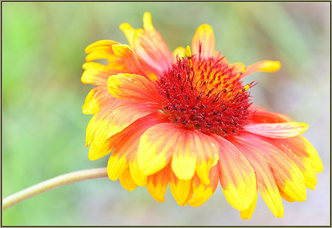 ​Two major qualifications are needed. The first is very simple. I am claiming “support.” Support is not proof. Process theology offers an understanding of God that fits coherently with what is known existentially, historically, and scientifically. I think that accepting this understanding of God illuminates much that is otherwise mysterious. I think this is all that in this is like most scientific ideas. They, too, are not “proven” and sometimes new evidence or new theory requires their modification. It is not given to human beings to have certainty. We cannot prove our own existence. We certainly cannot prove that of God.

Second, scientists have had good reasons to oppose opening the door to theism. In much of the Western tradition God has been understood as omnipotent. The evidence is that there are many causal forces in the world and that these are not in fact all controlled from one center. If God has causal efficacy in the world it is as one cause among others.

Furthermore, it has been thought that God could overrule natural law and intervene at any time and in any way. Scientists see no evidence that this has ever happened and their whole sensibility would be violated if some example of such intervention were demonstrated. Process theism shares their sensibility. God is an essential factor in the way nature functions, not an external intervener in this process.
​
In short the God for whose reality there is scientific support is not the God whose operation in the world science has defined itself to exclude. That exclusion was fully justified. But like so many justified acts, it was badly defined and understood. It is one of innumerable examples of throwing out the baby with the bathwater. The world that science studies does give evidence that there is a universal spiritual power, intelligent and purposeful, working always and everywhere to realize what value there can be. Acceptance of that belief is no threat to the freedom of scientists or the advance of scientific research. Indeed, it could free science from the absurdities to which it has committed itself.
Open Horizons