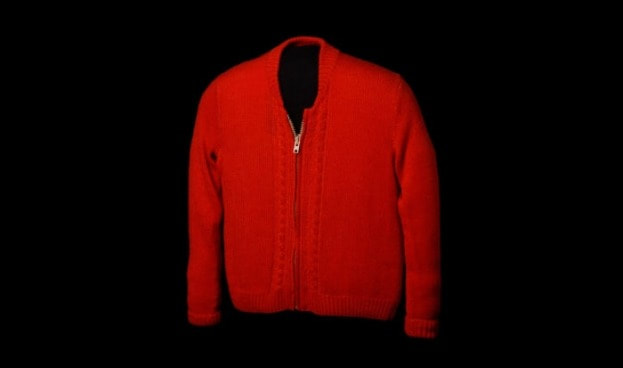 by Jay McDaniel
​
reposted from Spirituality and Practice

​I am in a band, and on Halloween evening we played at one of my favorite restaurants in central Arkansas, Toad Suck Buck’s restaurant. Members of the band had an informal understanding that we might … just might … come dressed for the occasion, in costumes. I forgot all about it and came as I ordinarily would, in a cardigan sweater, slacks, and a dress shirt. As I set up, I asked a fellow band member, Allen Dixon, if he could guess who I was. He teasingly responded, Mister Rogers. We laughed.

What was funny to us? I think part of it is that no one dresses up on Halloween to look, well, nice and kind and forgiving. Halloween is for being edgy.

But part of it may also be that the whole idea of being nice and kind, without apology and pretense, is not exactly fashionable in today’s world. We feel like we are supposed to be hip or powerful or extravagant or rough-edged or at least unique and different. We want people to notice us. This is symptomatic of a celebrity culture in which everyone wants to be famous, at least for five minutes.

I’m spending a lot of time at a local mosque these days, helping teach courses on the world’s religions. The aim of this mosque is to be a community center for the general public. They’ve invited me to lead a course called Exploring the World’s Religions in which anyone from the public can learn about, and consider what they might learn from, the many ways of the world.

It’s no accident then, that as I think about how Mister Rogers dressed, I also think about my friends at the mosque. I think about Islam with its teaching that women and men should dress modestly in public, and its idea that the very Soul of the universe, God, advises us to dress modestly so that we live from the all-compassionate center of life, not from the ego. I think of my more conservative Jewish and Christian friends who dress modestly for similar reasons. The aim of modest dressing, as I understand it, is not for purity of heart alone. It for being a welcoming presence to others: a presence who is not always about "me" or "I."

But I also know that dressing-for-attention can simultaneously reveal a pathology of the heart, a need to be noticed, that ultimately cuts against what life is all about: living from the Center in a spirit of love. So I find myself these days drawn to the emphasis on modesty found in Islam.

I realize that how we dress is our way of making a statement to the world: a statement of who we are or at least who we want to become. If we want to become kinder and more forgiving, more welcoming and inwardly free, would it not be good if, each in our own way, we dress modestly for love’s sake?

Wouldn’t modest dressing itself be a statement we make to ourselves and to the world, saying something like: "We are all precious and we do not need to be extravagant to be lovable." I can’t help but think that this would be very freeing, very liberating, very life-enhancing. Just what God loves.

-- Jay McDaniel
See also:
​
The Thing About Mister Rogers: He Told Us We Were Lovable
Taking a Mister Rogers Break
Open Horizons