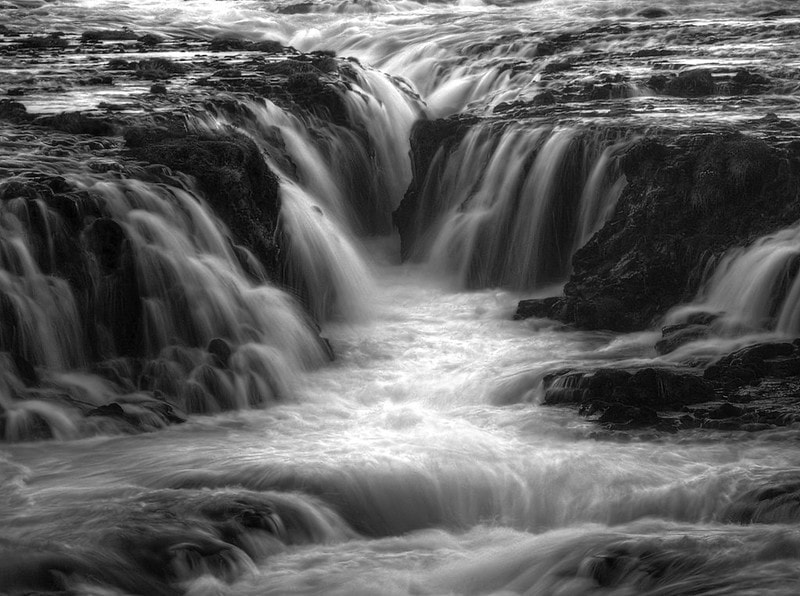 ​​Experiencing the Sacred in the Present

It suddenly hit me like a sledgehammer, and I can’t believe I didn’t see it until now. I mean, I’m a “trained” historian of religions who is supposed to see patterns in all the world’s religious Ways.  The occasion was a sermon. My pastor is an excellent preacher, and like all pastors I know she embraced the habit of holding up stories of the Christian past as a mirror against which to measure events and decisions human beings should make in the present. All religious Ways hold up their origin stories to make sense of the present and to live in harmony with that religious Way’s distinctive teachings and practices. Of course, we need to understand the past as a means of making the present less chaotic, more meaningful, better understood so that we may undergo processes Whitehead described as “creative transformation.” As Luther wrote in his Small Catechism, “This is most certainly true.” But it strikes me people of faith inhabiting all Ways tend to cling to their sacred origin stories like drunks clinging to a bottle of whiskey. We need to learn from the past, not cling to it. Clinging to the past takes us away from the present and only speeds up the pace of our deaths. The hard truth is there were no heroic times in human history, although there were heroic individuals, and there were no heroic generations, although some generations were more heroic that most.

In short, in the immediate present there is no one but us chickens: people busy and powerful, knowledgeable, ambivalent, impatient, fearful, and self-aware; people who scheme, promote, deceive, and conquer; who pray for their loved ones, and long to flee suffering and death. It is a weak idea that once upon a time rustic people personally knew a Sacred reality called “God” by Jews, Muslims, and Christians—or even knew selflessness or courage—but that it is too late for us. But the evidence of the History of Religions is that “the Sacred,” named differently in humanity’s religious Ways, is available to everyone in every age. There was never a more sacred age than ours, and never a less.

Nor is there less holiness in our time then there was the day the Red Sea parted, or that day in the thirteenth year, in the fourth month, on the fifth day of the month, when Ezekiel was held captive at the River Chebar  and the heavens opened and he saw visions of God. There is no less power in heaven or on Earth than there was when Jesus said., “Maid, arise” to the centurion’s daughter, or the night Mohammed flew to heaven on a horse for a conversation with Allah, or the night Siddhartha Gautama sat under a tree and meditated until he experienced an Awakening that transformed him into the Buddha, the “Awakened One,” or when the  Confucian and Daoist sages learned how to live in balanced harmony with the Dao, the “Way.” In any instant, the Sacred named differently in humanity’s religious Ways, may wipe our eyes with its finger. In any instant, a bush may flare, or we might see a bunch of souls sitting in a tree. In any instant we may avail ourselves of the power to love our enemies, to accept failure, slander, or the grief of loss, or endure torture.

Sacred time is always now and the Sacred is no mere cultural phenomena, a cultural reality whose time we have missed, whose generations are now dead, so, as Annie Dillard has it, “we can only buy Shaker furniture.”[1] Or as the Talmud has it, “Each and every day, the Divine voice issues from Mount Sinai.” Or to paraphrase Paul Tillich, if the Sacred Jews, Christians, and Muslims name “God” is not experienced in the present, it cannot be experienced at all. Furthermore, trafficking directly with the Sacred as the mana eating wilderness generation did, or as the historical Jesus did, or as the Buddhist and Hindu Sages did, or as the Confucian and Daoist Sages did, or as the shamans of native American traditions still do confers no immunity to death or the hazards of life. We can live as colliding particles in the welter of matter with the Sacred, or we can live as particles crashing and colliding about without the Sacred. But we can’t live outside the welter of colliding particles. Ours is a planet sown in a plethora of living beings. Human generations overlap like shingles. We don’t fall in neat rows like stalks in an Iowa corn field, but we fall. And while we breathe, we open time like a path in the grass. We open time as a boat’s stem slits the crest of the present.

For Christians, perhaps the best analogy for comprehending the embeddedness of the Sacred in the now comes from the Doctrine of the Incarnation, which hold that the historical Jesus was both human and divine. This paradoxical meeting of the two natures provides a pattern by which we can comprehend the many dualities we experience in our lives: subject and object, flesh and spirit, Sacred and Profane, nature and grace, God and Caesar, faith and reason, justice and compassion. When we emphasize the divine at the expense of the human—the conservative error—Jesus is transformed into an abstract ethical authority remote from human life and experience. When Jesus  is thought of as merely human like the rest of us, he becomes nothing more than a social worker or prophetic guru.

It might be asked why the incarnational balance of the human and the divine is not so obvious to Christians as to be universally accepted. The truth is that human beings find it difficult to live with paradox. It is easier to dualistically seek a resolution in one direction or the other, indeed making such a choice seems to the wisest option. Then we arrive at a second paradox: the conservative tendency to combine an intense (if anguished) attachment to orthodoxy with openness to the world, or the liberal paradox that combines an awareness of our fallenness and the limits of human institutions with a powerful strain of persistent hope. This is why all theological discourse inevitably completes itself by “entering the Silence,” as Thomas Merton discovered.