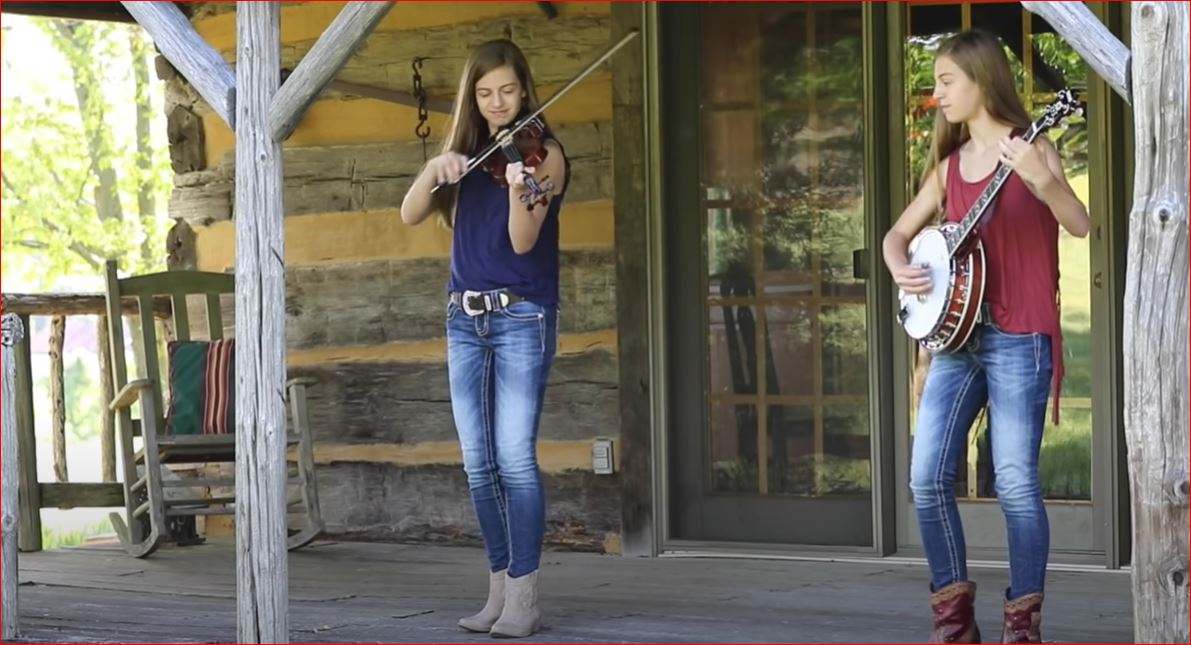 Sometimes when people say "mysticism" they have in mind something cosmic and serious. But might mysticism also include something earthy, bright, and playful, like "Foggy Mountain Breakdown" as performed by a student at Floyd Central High School in Floyds Knobs, Indiana. Might her enjoyment of performing the bluegrass song be a moment in which the ego drops away and there a sense that, after all, we are gathered together in a network of mutual becoming in which each performer has a valuable role. Isn't this the many becoming one without losing the many? Isn't this process theology?

Recently a friend, age 18, explained to me that her religion is music. "It's in music," she said, "that I feel closest to what life is about: harmony, connection, and love. For me, music is mysticism."

I asked her what kind of music she enjoys and, to my surprise, she said bluegrass. I asked what drew her to bluegrass in the first place, and she said, not surprisingly, "Foggy Mountain Breakdown."

I asked her what version she liked best, expecting that she might say that of Earl Scruggs, but she said the Floyd Center Highlanders version, shown above. They are from Floyd Central High School in Floyds Knobs, Indiana. "They are girls and they are my age." Actually it's one girl, but that doesn't matter.
​
I thought about her idea that bluegrass music, and "Foggy Mountain Breakdown" in particular, is a kind of mysticism. I'm not sure what she meant by mysticism, and the word means different things to different people; but I was intrigued by the idea that "Foggy Mountain Breakdown" might be interpreted mystically. I'll give it a try, offering a process-relational analysis.

First things first. There are many kinds of extraordinary experience to which process theology is open. See, for example, Processing Reality: Finding Meaning in Death, Psychedelics and Sobriety by John Buchanan where Buchanan talks about various kinds of mystical experience, some of which may be quickened by psychedelic experience,

​Or see my own essay in Open Horizons: Whitehead and Transpersonal Experiences. Drawing from the work of Stanislov Grof I list 47 forms of extraordinary experiences open to a process interpretation, each of which can be spiritually significant in one context or another.

Among the 47 are experiences that might be traditionally called mystical by scholars. Mysticism typically functions as a name for experience that are to some degree ineffable, or at least difficult to put into words, that involve a momentary dropping-away of the ego, and that are revelatory of the nature of reality. In a process context, mysticisn includes:


The mysticism of "Foggy Mountain Breakdown" is, I believe, a mysticism of mutual becoming, mediated by music.

The mysticism of "Foggy Mountain Breakdown" is in the instrumental itself and how it is heard by those who enjoy it. The enjoyment is relative to the circumstances of a person's life biographically, ethnically, and economically. It is relational and context-dependent. What is "mystical" for one person may not be mystical for another. I know people who can't stand bluegrass music of any sort because they think it racist, patriarchal, and overly banjo-dependent.

Moreover, mysticism does not necessarily lead to good living. A person may have a mystical experience of, say, the primordial nature of God and still be mean-spirited and self-deceived. A person may have an experience of mutual becoming, of connectedness, with his or her tribe, and yet treat others as "others." A mysticism of mutual becoming can lead to war but also to violence.

But back to "Foggy Mountain Breakdown."  The song is bright and playful to those who love it. Don’t think of a mysticism of mutual becoming as necessarily serious or somber. In the interfaith spiritual alphabet, "P" is for playfulness and "J" is for joy. "Foggy Mountain Breakdown" is playful and joyful mysticism. It feels bright and happy to those who love it.

Consider also, albeit in a playful way, the very name of the song. Let “foggy” represent a cloud of unknowing: that is, a place within the heart and between people where something rhythmic takes over and mental distractions fall away. Let “mountain” name a spiritual peak of one sort or another: a peak experience in which, in this case, the peak comes in playing together with others, enjoying the rhythm. And let “breakdown” represent that part of a song in which various instruments have solo parts, so that they can add their own special vitality to the song. To the radical togetherness.

Then think about the joy that many people feel when they hear the song and let themselves be immersed in the music. They lose themselves in the music. This self-loss, this falling away of self-consciousness and self-seriousness, is mysticism, too.

Put all these ideas together and you have a mystical interpretation of "Foggy Mountain Breakdown." Please don’t cling to the interpretation, making it an object on which you are fixated. Throw it away. The throwing away will be mystical, too. Mysticism is in the letting go of language, so that the breakdowns become ever more playful.
​
- Jay McDaniel, 11/23/2022

The Story of Foggy Mountain Breakdown

​Scruggs says that when he wrote "Foggy Mountain Breakdown" more than 50 years ago, he didn't set out to write a great piece of music. He says it just fell together as a tune that fit the banjo. But clearly, he created something that would inspire musicians and audiences for years to come. "Foggy Mountain Breakdown" has been recorded dozens of times. And any self-respecting bluegrass picker today knows this classic by heart.

- from the "The Story of Foggy Mountain Breakdown" (NPR)

The History and Nature
​of Bluegrass Music: BBC

It is rare in music history that scholars can point to the beginning of a particular style, but bluegrass would appear to be the exception to the rule. Mandolin player Bill Monroe from rural Kentucky had so much clout in the music business that some scholars have suggested that it was he who defined the sound which came to be known as bluegrass. He was certainly protective; Monroe is quoted as saying “the biggest job of bluegrass is to keep out what don’t belong in it.”

Played initially in America's rural south, bluegrass was later adopted by the counter-cultural college kid scene in the 1950s and '60s. And today the music is flourishing all over the world in the most unlikely places.
​
Rajan Datar is joined by Dan Boner, director of the Bluegrass, Old-Time, and Roots Music Studies programme at East Tennessee State University, who demonstrates how bluegrass works; writer and historian Tony Russell, whose publications on music include Rural Rhythm: The Story of Old-Time Country Music in 78 Records; and Dr Lydia Hamessley, professor of music at Hamilton College whose research concentrates on old-time and bluegrass music. She is the author of Unlikely Angel: The Songs of Dolly Parton.
Producer: Fiona Clampi
Open Horizons