For Pain I am Grateful

a video by Anh Vuong

a reflection by Jay McDaniel

For Pain I am Grateful (by Anh Vuong)

​"Pain, like the worry our family felt when we found out that Papa  had hepatitis.  Pain, like the sting Papa felt from his weekly chemo shot.  Pain, like the confusion, frustration I felt.  How?  Why?  Why him?  He didn't use drugs, didn't drink, or smoke.  He was healthy, faithful to his family, and just a good-hearted man.  Why him?"

In biology I learned about the disease where people couldn't feel pain.  Didn't seem like such a horrible illness to me.  But if it wasn't for the pain, and fear of losing my father, I would have not  had the courage to push him to go back to the doctor, to learn more, to get treatment, to find out the truth."

He always used to say: 'I don't want to get too old.  I just want to die at sixty.'  But this time, the threat of losing him was real, the pain of it was real.  I wasn't only fighting for my dad to take care of himself for him, I was young and I had major life moments ahead of me.

If he wasn't around, who would scare off my first boyfriend?  Who would walk me down the aisle if that boyfriend came back?  Who would babysit for me?  So I ____ it, and even pulled a few "daddy, please do it for me".

He finally gave in.  The Hepatitis B was confirmed; his liver scared; his stomach and feet swollen.  The medication made him tired, bruised, and forgetful.

Every time I came home from college he seemed worse.  Despite the toll, the medication worked a little, but we were hopeful.  Then it came back.  So he went on the list and we were told to wait.

My mom is not a waiter.  She found Papa, a naturalpathic doctor.  Our family changed, our diet, our lifestyle, our mindset.  Last month, Papa went back to check his blood.  The virus is still in his body, but we are strong enough to fight it.

So pain, it lets you know something is wrong, protects you, allows you to survive, even thrive.   I would much rather feel the pain and fear of losing my father than numbness or nothing at all.

It wasn't for the courage the pain brought, we wouldn't still be fighting and my father would not be around to intimidate my boyfriend today. So for pain, I am grateful."

A Meditation after watching and hearing Anh Voh's Video

​I don't like pain and I bet you don't, either.  Whether it is physical or mental, it stings and hurts, spurns and burns.  Sometimes we never get over pain, especially when it is suffered by those we love.  It can kill a person.

I write this during Holy Week, a time when Christians remember the killing of Jesus.  Many Christians see Jesus as God's son.  As a Christian myself I see him as a window to divine love but not the only window.  I've seen the sunlight of God in many other windows: my very own mother, for example, now age 95, who has written an essay for this website: Virginia McDaniel.  When I look at the way she has grown in her old age, making beauty of discomfort and re-inventing herself again and again, when I see how she still tries to help others and keep a loving heart, I see lots of sunlight.  Jesus has so many sisters.

Indeed I see it in lots of places.  Most people, at certain moment in their lives, become sons and daughters of God.  Carriers of the sunlight.   For me, the ministry of Jesus was an invitation to recognize this light in the faces of all who love and all who need to be loved.  "Whosoever does this unto the least of these does it unto me."  He was not a jealous savior.

The Tearful Side of God

Still, it's not enough to speak of God on the analogy of sunlight.  There's a side of God that is deeply vulnerable to the world, moved to tears at every moment, with sighs too deep for words.  Sunlight acts upon the world.  To understand this side of God we need another image.  Maybe that of water which absorbs all that is given to it.

This is the side of God that Christians see on Good Friday.  For Christians the pain of Jesus on the cross, physical and mental, reveals God's ministry of absorption.  The idea is that the killing of Jesus may well have hurt God as much or even more as it hurt Jesus.

I can't speak about God's inner life, but I certainly understand the idea.   I have sons, too.  Whey they hurt I hurt, too.   Occasionally I've died with them.  If God is anything like a father who art in heaven, there must be a lot of pain in God.  Hallowed be his suffering.

Or her suffering.  I speak of God as "he" above, but "she" would be fine, too.  When Buddhists pray in Kuan Yin's presence, they feel that they are embraced by a deep compassion who shares in their suffering and can help bring healing from wholeness.  Christians believe God is like this.  God is a Goddess of Tears.   Jesus is a way for Christians to understand the Kuan Yin side of God.

Whatever gendered words we use, the point is clear.  When you really share in the suffering of another, not from a position of strength or pity, but from deep vulnerability, you become brokenhearted.   Something dies in you.

We process theologians think that God is dying all the time: on crosses, in cattle pens, in gas chambers, in fields of battle, in hospital rooms, in torture chambers.  God is dying from terrible diseases, too.  And earthquakes.  And hurricanes.  And tsunamis.  When the two people alongside Jesus were crucified with him, God died with them, too.  Every death is a divine death.

Does God will all of this suffering?  Did God intend for Jesus to die such a death?  I hope not.   People like to think that Jesus' death was part of a divine plan.  Not me.  I think Jesus' death was tragic for God just as it was for those who loved him.  I don't think God wanted his death or could prevent his death.   Jesus did not so much die for the sake of our sins, as he did because of our sins.  The sunlight is all-loving but not all-powerful.  Very powerful, but not all powerful.

One of my own favorite process theologians, Rabbi Bradley Artson, puts it this way:

I'm with Rabbi Artson.  The power of divine light is persuasive not coercive.  We are beckoned by God to loosen the jackets of hatred, but we ourselves must do the loosening.
New Life

But this is not the whole story.  Not for Jews and not for Christians, and not for any among us who believe that divine sunlight is steadfast in its love, never quite giving up on us.

We believe that the God who dies again and again is also at work in the world as a holy spirit of creative transformation.

For my part, I see a lot of the spirit of creative transformation in the video by Anh Vuong.  She managed to re-frame the pain that she experienced in her father's suffering into something creative and hopeful.

In the words of Monica Coleman, she learned make a way out of no way.  For process theologians like Monica Coleman, God is at work in the world, not as a puppeteer who makes everything happen as it does, but as a poet who invites us to replant ourselves in beauty after we have found ourselves uprooted.  The power of God is persuasion not coercion, invitation not engineering.

I borrow the phrase replanting ourselves in beauty from still another process theologian, Patricia Adams Farmer.   For her as for Whitehead, the lure of the sunlight in human life is  toward the fullness of life relative to what is possible in the situation at hand.

Not all things are possible, even for God. God could not eliminate the Hepatitis B virus in Ahn Vuong's father.  But God could help them make a way out of no way, make lemonade from the lemons they were given.  This is creative transformation.

When we re-frame pain into something for which we are grateful, we do not turn it into something good.  We still wish things were otherwise.  Anh Vuong wishes her father had never contracted hepatitis in the first place.  But in our creative response to pain, we become new people.  Hear her words:

"So pain, it lets you know something is wrong, protects you, allows you to survive, even thrive.   I would much rather feel the pain and fear of losing my father than numbness or nothing at all.

It wasn't for the courage the pain brought, we wouldn't still be fighting and my father would not be around to intimidate my boyfriend today. So for pain, I am grateful."

What she means by surviving and  thriving, I mean by resurrection.  Sometimes the resurrection is only the surviving.  We must make our peace with this.  Some resurrections are small compared to greater hopes, but valuable nonetheless.  For someone who is deeply depressed, resurrection is getting out of bed in the morning, even if you can't make it to the kitchen.

But sometimes resurrection is truly a thriving, and you sense some of this in Anh Vuong's video.   A certain kind of abundant life emerges that would not have existed without the pain.  It doesn't eliminate the pain, but it makes something beautiful of it.  If not fresh lemonade, then at least fresh gratitude.

Perhaps we can hope that, in a continuing journey after death, we grow more deeply into beauty.   Many Jews and Christians, Buddhists and Hindus, Muslims and Naturalists, have believed this.  I do, too.

Process theology offers a constructively postmodern worldview which helps make sense of this possibility.  Whitehead suggests that we live in a multidimensional universe and that it is possible, not guaranteed, that consciousness continues in its journey, even after death, until wholeness is realized.  Christians at Easter take this possibility seriously and dare in its hopefulness.  No one knows for sure.

But what we know is that, continuing journey or not, new life is possible in this very life, if we loosen our jackets, take in some sunlight, and use its energies to turn sadness into beauty.

In these moments sometimes we can even say, along with Anh Vuong, "so for pain I am grateful."

The gratitude is a kind of thankfulness, not for the suffering as such, but for the beauty that can be made from it.  More deeply it is for the very gift of life, transient, fragile, finite, wonderful.

"I would much rather feel the pain and fear of losing my father than numbness or nothing at all."

With the beauty of life comes the pain of life.  They cannot be separated, but we can say, in whatever way we can, Thank You.  The You who is thanked is each you and the deep You who is within but more than all you's.

Many people address this You as love.  Hallowed be whatever names help give rise to the thanks. 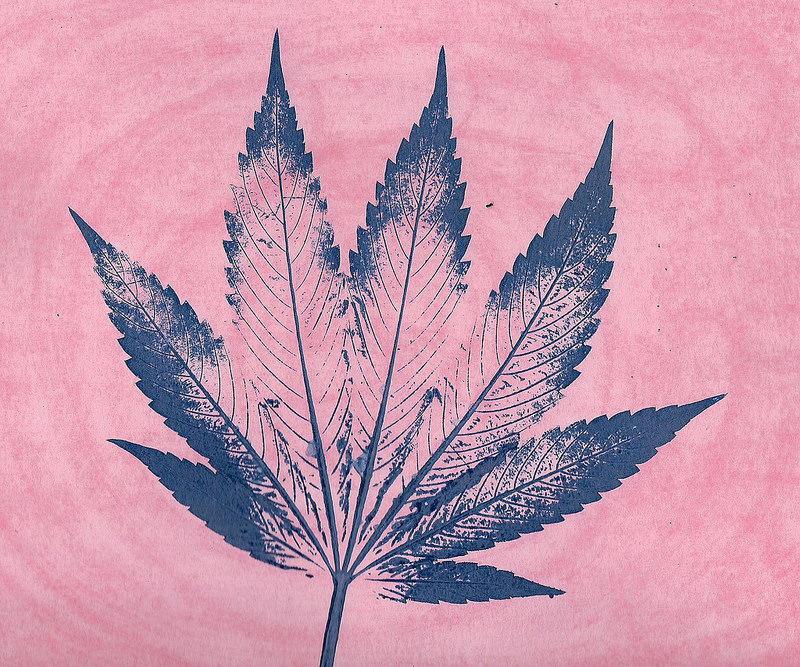