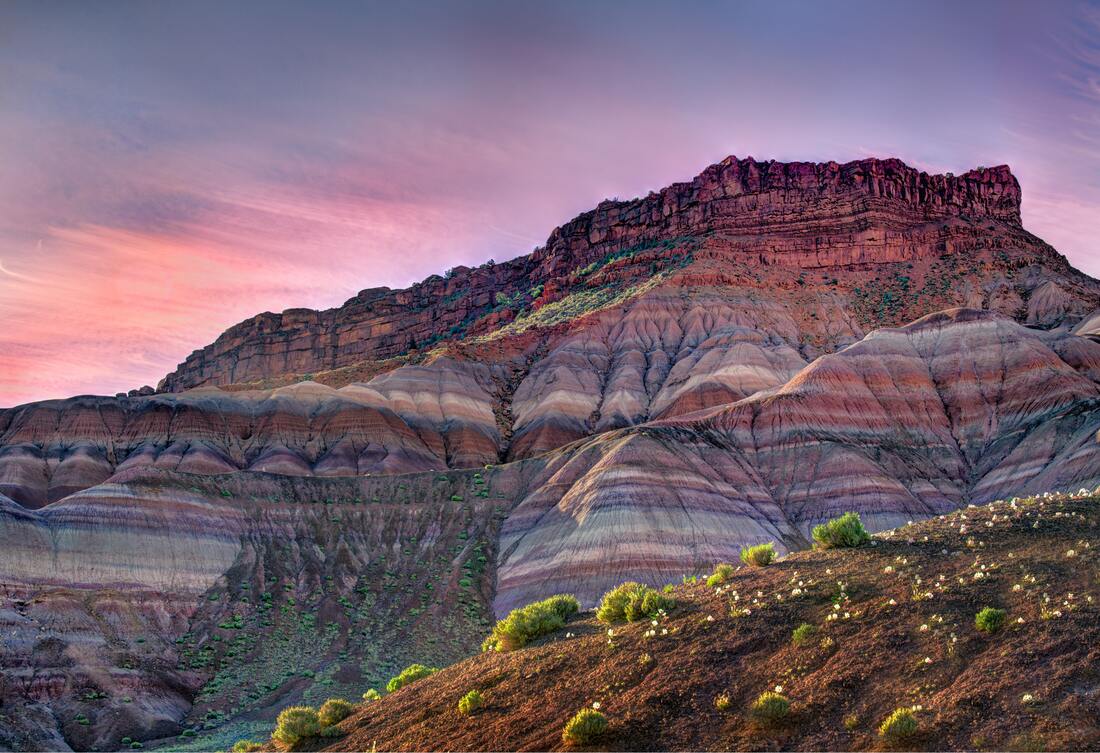 Photo by John Fowler on Unsplash

​From the Myth of Separation
​to the Story of Interbeing

First things first.  The story of interbeing is a myth, too.  Myths are not necessarily false stories; rather they are stories that groups of human beings live by, like dreams   They are typically guided by root metaphors such as "the universe is like a machine and operates like a clock" or "the universe is like a organism and has aliveness of its own."  The power of such myths is that they speak to the imagination and the emotions, not just the detached mind.  They are communicated or shared, not by talk alone, but by rituals and images and music - and also by conventional practices (forms of agriculture and culture, for example) in which they are encoded.   The dominant myth of much but not all of human history, says Charles Eisenstein, has been that "humanity is separate from nature."  It has been reinforced by the ideologies of later modern capitalism, western academia, mechanistic science, neoliberal economics, and standardized education,  He, along with process philosophers, lean toward a new myth, a new story, rooted in the idea that "the universe is like a living organism."   Eisenstein and process philosophers believe that economics, academics, science, and education can be inspired and enlivened by this alternative and more persuasive myth.

Some myths are better than others, given the needs of humans and other living beings to survive and flourish.  And if truth and beauty and goodness are indeed norms by which action can be guided, it helps to have a myth in which those norms are appreciated as part of what is 'real' rather than dismissed as 'mere projections' of the human mind.
The myth of separation when combined with a certain vision of the material world as lifeless and inert, depicts such values as mere projections, mere 'epiphenomena' of brain chemistry.  By contrast the story of interbeing depicts them as lures that are part of the universe itself, to which we respond in our way, thus living in the context of a greater becoming.  We are between stories, says Charles Eisenstein.  The hope is that a new story of interbeing is being born from the seeds of many cultures.

What process philosophy offers is a metaphysics that sees everything in much the way that Eisenstein sees it and that adds what he calls an "intersubjective metaphysics" to the hopper.  This metaphysics, aspects of which are presented below, is a myth, too.  To quote Whitehead (quoting Plato) it is a likely story.  But process philosopher and Eisenstein alike see how deeply the world needs this myth today, not only because it is more honest to the experience of interbeing, but also because it points toward a different and more promising way of being in the world for persons, for other animals, for the Earth itself, all understood as part of a web of life.  John Cobb and other process philosophers speak of this better way as "ecological civilization."  Charles Eisenstein speaks of it as The More Beautiful World our  Hearts know is Possible.

What Is, What Could Be

Eisenstein, the Cobb Institute,
and Whitehead
​

The Cobb Institute
We cannot will our way into the new story of interbeing or, as I speak of it, inter-becoming.  We don't simply create ideas to live by; they come to us.  And we do not save ourselves by gazing at the ideas as if they were items of detached perception and then putting them into practice,  We are saved by humility: that is, by opening ourselves to wisdom from others, including wisdom from other people, plants and animals, and the living Earth.  In the beginning is the humility.  In the beginning is the listening.  In a spirit of humility and listening we can then grow in our capacities to do what Charles Eisenstein recommends in his TedTalk above:
​
trusting in the logic of the heart: recognizing that seemingly small actions, taking care of your 95 year old mother in law, for example, are among the most important things we can do with our lives.  They are spiritual acts and political acts at the same time.

sensing the ultimacy of inter-becoming: recognizing that our small actions are part of a larger network of interbeing, or mutual becoming, that includes the wider world and the whole universe.

awakening to the aliveness of nature: knowing that matter is not mere inert stuff but rather that matter itself is filled with energy, that energy is feeling, and that wherever there is feeling or intrinsic value, worthy of respect and care.

trusting in something more: knowing that life is best lived in service to something more than ourselves, one name for which is "the more beautiful world our hearts know is possible."

working in practical ways toward a new and more loving world: working to help create local communities that are creative, compassionate, participatory, diverse, inclusive, humane to animals, and good for the earth - with no one left behind.

These five areas of growth are important to the Cobb Institute as they are to Charles Eisenstein.

The Cobb Institute has three aims. One of them is to encourage people to explore process philosophies, especially the philosophy of the late philosopher and mathematician Alfred North Whitehead.  The second is to help people cultivate personal well-being or, as we speak of it, integral spirituality.  And the third is to build compassionate, healthy communities.  We speak of these communities as the building blocks of a new way of living in the world.  We call it Ecological Civilization.  We believe that this kind of civilization is practical as well as spiritual, political as well as personal.  It includes how we treat one another at personal levels; and how we bank, work, farm, and govern.

Perhaps a final word word about Whitehead.  He offers what Eisenstein calls an "intersubjective metaphysics" in The More Beautiful World our Hearts know is Possible,  Whitehead calls it a philosophy of organism.  The general idea is that there's something like 'aliveness' or 'interiority' or 'subjectivity' or 'self-enjoyment' in the hills and rivers, trees and stars, as well as in other animals and human beings.  Whitehead sees all actual entities


The latter is very important for understanding how, while each person is unique, no person is an island.  All are persons-in-community or relational selves.  This means how we act in the world, and what we feelm affects and is affected by everything else.  For Whitehead, every moment of experience is, in his words, "a concrescence of the universe."

Whitehead's metaphysics also includes the idea that the universe unfolds in the context of an embracing Life or Consciousness, both within and beyond each living being, that is on the side of life and its flourishing.  He used different names for this Life: God, Eros, Beauty, the Harmony of Harmonies, and Peace, for example.  It is not supernatural in the sense of being outside nature, but rather ultra-natural in the sense of being the fulfillment and calling of nature.  It beckons us toward, in your words, intimacy, connectedness, novelty, and imagining (and living into) a more beautiful world that our hearts imagine.

*  For more on Whitehead, see Twenty Key Ideas.  And to get a sense of what it might mean to practice process theology, see Wtat is Process Philosophy and How do you Practice it?