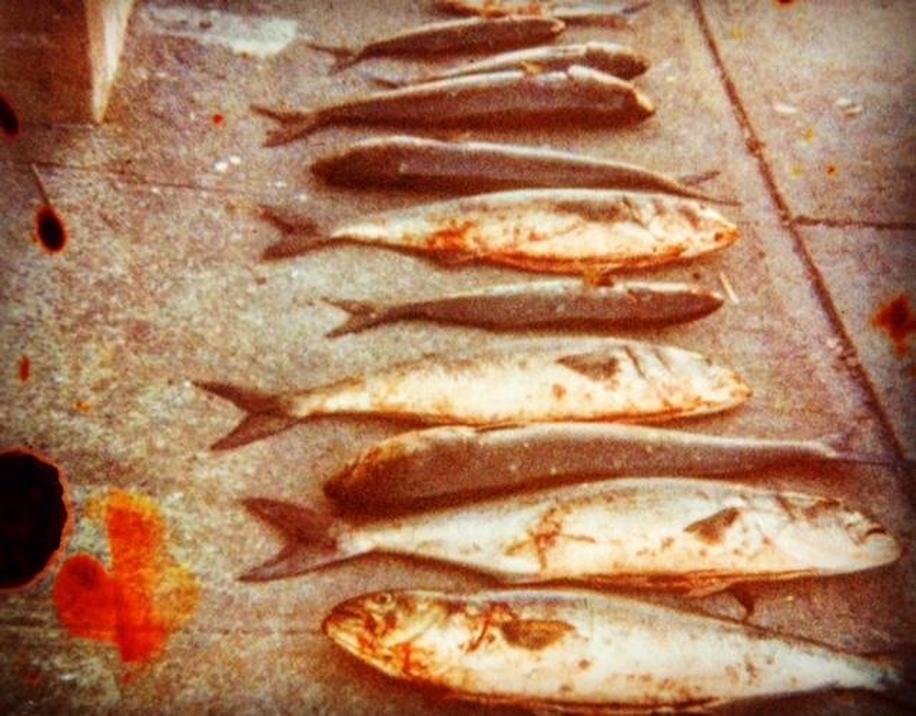 ​​Go Fish: A Life in Christ

Whatever Makes Us Crumble: Triggers for Trauma
My Life as a Recovering Anorexic
​Last night I told a stranger all about you. They smiled patiently with disbelief. I always knew you would succeed no matter what you tried and I know you did it all in spite of me.’-Cure for Pain

My mother was raised Catholic. My father, a self-proclaimed atheist, began fishing when he was 9. They fought, worked and loved like wild animals in the kitchen, the garden, on the water, in the truck, on the broken couch and in the woods. The past is like a storm; impenetrable forces of strength, conflict, inherited wounds and merciless determination to reinvent itself. A cycle of life, death and rebirth. Waves could erupt and permanently reconfigure a horizon. Natural elements, devoid of ego and consciousness, work in harmony. We’re made of the same stuff but damn it with agendas. You flow here. It’s hard to say if I was born with a quiet temperament, allergic to chaos or whether it really is that hard to know which way is up. Simultaneously, from a safe distance, it was also beautiful. If we spend enough waking hours fully rested, undisturbed and fed things begin to make sense.
​
Lately I keep hearing God say ‘don’t throw the baby out with the bath water.’ Please understand these are not hallucinations. I’m a mostly rational person of sound mind who, from a young age, reached out for spiritual morphine. Some of us crash later in life and throw our hands up in anonymous meetings. The expression comes from medieval times when entire families had to bathe in the same tub. First dad then on down the line so by the time baby had his turn he could easily be lost in the murk. Religion, churches and people are the murky waters of faith. While we’re said to be made in the image and likeness of God yesterday I saw a pumpkin headed child pick her nose and wipe the booger on the handle of a shopping cart. I can remember my mother ironing clothes on Sunday morning in front of the stove while my dad, still under the influence of Jack would denounce Jesus. He worshiped Nova, Gandhi, MLK, the 70’s and Muhammad Ali. To stop fighting over the car we’d walk. Precious Blood wasn’t the real problem. It was people. It’s always been people. We’re messy, insecure, fragile and we do terrible, ridiculous things. We’re also funny, compassionate, resilient and hopefully here to do more than destroy place.

When women in bible study ask when I came to Christ I tell them it might’ve been the result of trauma-bonding. Adversity is not a competition but if it were I’d have some neat trophies. Sometime around first communion my godfather gave me a life-sized stuffed lamb with giant plastic eyes. Posed as if laying in a pasture, it left just enough space for a small person to spoon; she was a Jesus I could snuggle. The world hadn’t taught me to prescribe genders yet. I knew Jesus was the son of man and that he lived inside my lamb who had a pink nose and eyelashes. I also understood that he lived in me and that somewhere floating around us all the time were the invisible colors and stardust of the holy spirit and that swirling in an even bigger globe of clear light extending out all the way beyond the edges of the universe, wrapping everything in love, was God. From within this safe place I experienced, over and over, a lasting imprint of what my faith is today. It was visceral. Knowing what I know now it’d be easy to dismiss the experience as dissociation but conviction is different. One is running from something our minds can’t make sense of while the other is running to stand in the presence of something amazing you hope to never fully comprehend. Honestly that’s probably how it started. Lots of people get high on religion and never come down. Have you ever seen someone rambling on in Christianese and underneath the heavenly fervor you detect a hint of fear? That’s the difference between dissociating and devotion; one’s motivation is either fear or love. Like the difference between prayer and meditation; ask from, do for or be with. I still run to God for all those reasons but the older I get the more aware I am of where I’m coming from and where I’d rather be. Unconditional love is a nice place.

I’m not into evangelism. If Jesus had asked me to go on mission I’d gently remind him his dad made me an introverted pacifist. I’d offer to wash feet or dishes instead. In 8th grade I discovered the gospel of St. Thomas; the kingdom of god is all around us, split a piece of wood and you’ll find me, lift a stone and I’m there. Then I heard some Roman publishers kicked out all these different versions of the gospel fearing that hearing other versions of the truth, or maybe the whole truth, people might turn away from the church and they’d be forced to cut their dress and jewelry budget. I was pissed at the hypocrisy so I hid in the closet every Sunday and refused to go. God’s right here in the closet with me! My mother would argue that he was also at our church but I preferred mine; solitude. Over several years I decided to learn about all the other religions and beliefs. I went to other faith houses as a respectful guest and at my college attended the Passover meal open to all students chomping at the bit to try gefilte fish. I liked the carrots and the Manischewitz. I also discovered a beautiful ritual woven throughout Jewish faith which is the sacred meaning and eating of food. Still in early recovery from anorexia this gift from my neighbors is something I appreciated and adopted. Similarly I learned meditation from a witch named Laurie Cabot. Buddha taught me to laugh. I re-learned how to eat with a fork and not choke on my food from Lord Shiva and when I painted my art show Vessels of Light, it was Black Elk who helped me find my voice. For the record I have no tribal tattoos and don’t throw offerings of M&M’s from inside a ring of ignited 4th of July sparklers; but it’s ok if you do. xo
~
The photo at the top is a picture of a good catch my father made, filleted on the street in the projects. We shared with our neighbors.