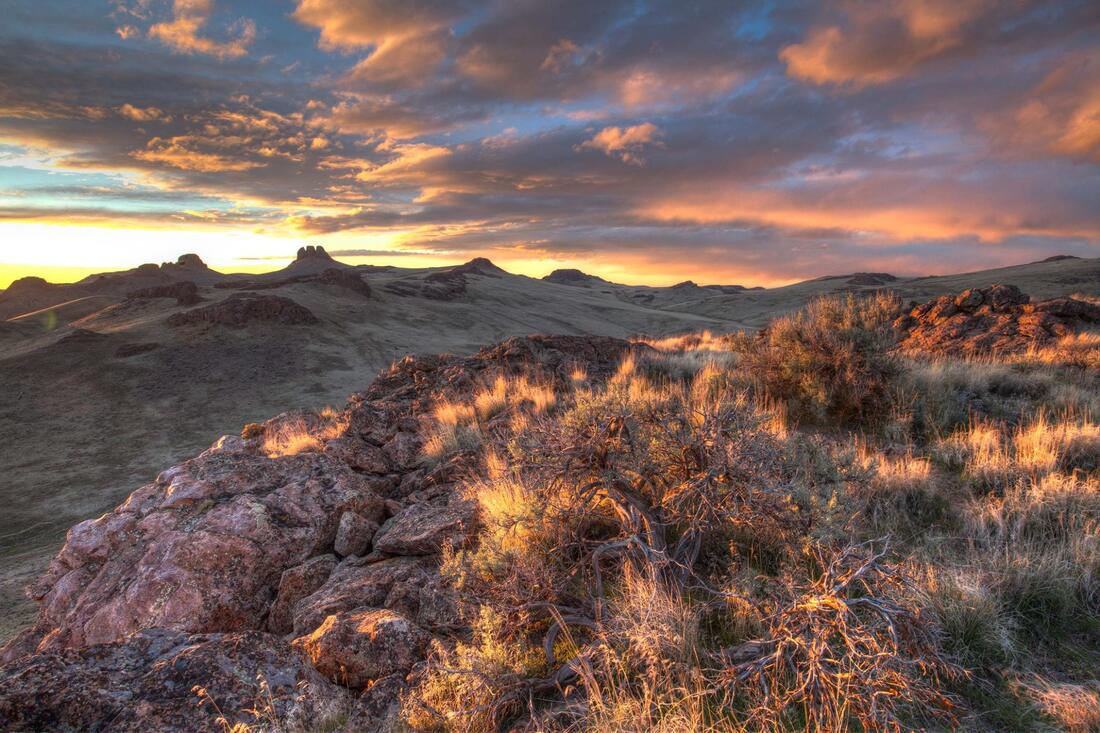 ​God Sets Down the Melody and We Improvise

​Two Essays and a Poem by George Hermanson
​

​God Sets Down the Melody and We Improvise

Believe it or not, most mainline Christians have had a mystical or religious experience. But in order to make sense of these transcendent experiences, we need a new way to understand God — one that makes sense in our world. In our quest for religious authenticity, a relational view of God gives us an understanding of divine power and compassion. This view is called “panentheism.”

Panentheists experience God as both subject and mystery — the personal and the eternal. God is in the world and the world is in God, and God is more than the world. God is the necessary and eternal source for the world; it is God’s creative act that makes nothing into something, that brings order out of chaos. God depends on the world because the nature of God’s actual experience depends on the interaction with all living reality. As author and theologian Marjorie Hewitt Suchocki put it, “God is the supremely related one.”

God is at home in this unfinished creation. God loves to work with the independence in the created order. God offers novelty, and we use our freedom to react. The world is at play, able to mess up and to go forward. The future unfolds through God offering possibilities, aims and beauty to each moment. We, in turn, respond and add to the offering. God responds again.

God’s power is relational and persuasive, not coercive. What we say and do has an effect on how God will respond. God gives but also receives; acts but also is acted upon; has a vision but is open to change and transformation. There is a call and response built into our relational world, and the world develops through it.

Imagine a jazz group. God sets down the melody. It is passed on to the others in the group, and they get the feel for it. Each listens closely to what the others are saying. Each, in turn, adds originality, colour and difference, tweaking the piece to offer it back to God. God now has to work with what was created by the subjective experiences of the players. God has to feel the offering to give it more feeling. The piece is transformed, to arrive at some satisfaction, which then becomes the ground for the next moments of improvisation. God with us. Alive. Creating. Transforming. Visioning. Maturing. It is within our experience of the world that we vividly experience the presence of God.

​The Day I Met Pete Seeger

​​Pete Seeger, the banjo-picking troubadour who sang for migrant workers, college students and star-struck presidents in a career that introduced generations of Americans to their folk music heritage, died Monday, January 27, 2014, at the age of 94.

Seeger was born in New York City on May 3, 1919, into an artistic family whose roots traced to religious dissenters of colonial America. His mother, Constance, played violin and taught; his father, Charles, a musicologist, was a consultant to the Resettlement Administration, which gave artists work during the Depression. His uncle Alan Seeger, the poet, wrote I Have a Rendezvous With Death.

"Every kid who ever sat around a campfire singing an old song is indebted in some way to Pete Seeger," Arlo Guthrie once said.

I think we all have our story of how Pete got our love of music going. I came across the Weavers while in high school.  I think that the music and Seeger influenced the guys I hung with, our emerging political consciousness.  This continued unto University, where the folk circuit was active.  I remember sitting in coffee houses listening to those inspired by Seeger.  Of course the music evolved, Bob Dylan being one of those who pushed the genre.

For me the circle was unbroken.  It came to one transformational moment when I was a campus minister.  Over beer a group of students and I dreamed who would we like to come and do a concert.  Not knowing better we phoned him.  It turned out he was on his way to an event in Alaska and he would stop in Vancouver.

Dreams became reality and we set out to put on the concert, connecting to those who know how to do sound and got the student ballroom. It was on and we, like fools, rushed into organizing the event.  Over our heads but with confidence in his work and music.

The weekend came and we sold out all the tickets. He stayed with us.  This was his custom.  And he had worked out the finances so our campus ministry would not lose money and if it worked some money for our ministry.  The students hung out and showed him around the city.  One great experience was in music store where the clerk did not know with whom he was talking, and tried to correct him about something Seeger was right about.  Seeger took it good humour and did not embarrass the man.

Over breakfast Seeger engaged my children and my niece.  One son said today it was a time he will never forget.  One of the boys looked at him and said “How is big bird?”  This is how they knew him.  He was on Sesame Street.   Pete took the question seriously and explained to the kids how it worked.  No talking down.  The kids went off to school late with a story that lives with them.

I learned some of what motivated him.  His brother also went to Harvard and said to him, “come and hear this philosophy prof.”  It was Alfred North Whitehead.  And that was an influence on him.  He also talked about spirituality as being the ground of human flourishing.  Peace came to him as a dream, a gift.

As I write this the CBC is playing his music,  sung by him and others, and it makes  me think of his compassion, exploration, care of the earth.  We have been blessed by him and his music.

George Hermanson
​So Much Sky


From the fission of the earth,
Along the water ways,
A movement rising.

Sky of peace, sky of mercy,
Sky of love, sky of memory,
Sky of suffering, sky of dreaming,
Sky calling over the chaos.

Your love, your laughter
Your imagination, your failings,
Your longings, your death.
Oh Nada who art in Nada

Hallowed be your brokenheartedness
Let your love come falling up
A waterfall inside out, uninvited,
Without our calling, like grace.

Your heart-stopping beauty.
We are standing at your tomb, on tiptoes, looking through the veil, into the rising.
A touch, a love, an opening of the pores.

So much sky.
Gravity's rainbow.
So much sky.
​Rev. George Hermanson is the director of the Madawaska Institute for Culture and Religion near Burnstown, Ontario, Canada: http://www.georgehermanson.com. Dr. Hermanson is a United Church of Canada Minister who received his doctorate at Claremont School of Theology in California, BA at UBC and Masters in Ethics and  Theology at Chicago Theological Seminary.   With Peter Woods he has developed Jazz liturgies.
Open Horizons