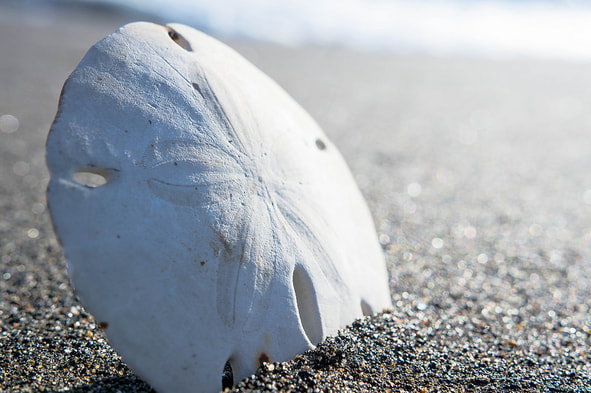 Bob Dylan's Christian period (1979-81) challenges all of us, including Bob Dylan.
Maybe, after all, we really do need to serve somebody, lest we only serve ourselves,
or our nation, or our families, or our careers, or some other good we turn into a false god.

And wouldn't it be nice if this somebody was so tender, so vulnerable, that
she loves, and is blessed by, every grain of sand.  This would mean that serving her,
and sharing in the destinies of the small and the vulnerable, are two sides of the same coin.
​
​

Skeptical Jack:  This is hard for me.  I can't connect with the image of a person in the sky?  All I ever picture is a bully in the sky.  How about the universe?  Is the universe a somebody?

Process Jane: Yes, the universe is an embodied mind.  The Lord isn't outside the universe; the Lord is the soul of the universe.  Just like you are the soul, the subject, of your own bodily life.

Skeptical Jack:  You mean the universe has a life of its own?  The universe is a You and not simply an It?  What's that called?

Skeptical Jack:  But can it be reconciled with science?  You know that I'm a scientific guy.

Process Jane:  Yes, of course.  And with your own inner intuitions, too.  Take a look at John Cobb's Does Science Support Belief in God?
​
​Converted Jack: Thanks, I needed that. 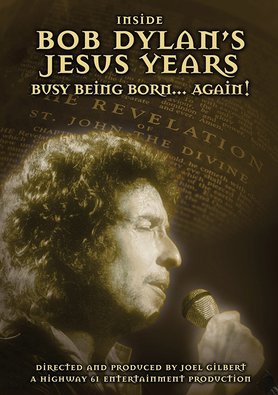 Do I really have to serve somebody?  Isn’t it OK just to be fully alive and to love other people along the way?  I can’t connect with this God thing.  If I serve anything, it can only be the universe.

Here I am, with Mary and about fifteen other students on a Tuesday afternoon, as we gather in the Religion and Philosophy Commons.  We speak of these regular Tuesday gatherings as Rumi Tuesdays, in honor or the great spiritual poet Jalāl ad-Dīn Muhammad Rūmī,  Sometimes students perform spoken word poetry in the tradition of Rum and respond to them.  Sometimes we listen to pop songs and then, in a free-floating way, discuss the spiritual and religious themes evoked by the songs we hear.  Rumi Tuesdays are ongoing experiments in interfaith theological exploration, with Jews and Christians and Muslims and atheists and None-of-the-Aboves much included.  Usually the students are in charge, but today is my day to share.

I put on Gotta Serve Somebody by Bob Dylan.  I know that it will be controversial, because it raises a question our group often avoids: that of a personal God.  And it suggests that, in truth, we have to serve somebody, be it the Devil or the Lord.

Mary admires Dylan, even as he is fifty years older.  He knows he won the Nobel Prize for literature in 2016 for “for having created new poetic expressions within the great American song tradition.”  (Click here for a biography of Dylan which gives you the sweep of his career.)

Like other Dylan fans, he has a few problems with Dylan's Jesus years (1979-1981). This is when Dylan became an evangelical and produced three albums with Christian themes: Slow Train Coming, Saved, and Shots of Love.  And it is when Dylan said, from the concert stage in the fall of 1979:
​
“You know we’re living in the end times ... The scriptures say, ‘In the last days, perilous times shall be at hand. Men shall become lovers of their own selves. Blasphemous, heavy and highminded ... Take a look at the Middle East. We’re heading for a war ... I told you ‘The Times They Are A-Changin’’ and they did. I said the answer was ‘Blowin’ in the Wind’ and it was. I’m telling you now Jesus is coming back, and He is! And there is no other way of salvation ... Jesus is coming back to set up His kingdom in Jerusalem for a thousand years.”

It discourages my liberal students, like Mary, that Dylan even thought these things.  They associate these ideas with Christian fundamentalists, and they really don’t want to have anything to their way of being religious. The good news for them is that, around 1982, Dylan returned to the Judaism of his birth.  He was bar mitvahed at age 13 and flirted with orthodox Judaism a bit later.  They think of Dylan as a secular singer who is often preoccupied with religious themes, who is shaped by the Judaism of his birth, but who is (thankfully, they say) a post born-again Christian.

The Role of Devotion

So I raise the question in the group: But really now, What do you think?  Is he right that we may need to serve somebody or at least some thing?  I remind them that, in the Brussat’s alphabet, “D” is for Devotion.  We read aloud what the Brussats say:

A devotional life is one lived in the presence of the Lord. The world's religions tutor us in an amazing variety of ways to practice our devotion. To name just a few: Sufis dance. Buddhists chant. Catholics pray with a rosary. Protestants sing hymns. Orthodox Christians meditate on icons. Hindus gather to receive blessings in temples. Jews wrap themselves in a prayer shawl. Native Americans bring up the sun. Muslims make a pilgrimage. Whether our devotional practices are formal liturgies or informal gestures, they recognize that everything is linked to the Divine. There can be no bracketing of our existence into holy and unholy precincts.

I ask if, in point of fact, we might all need to be devoted to somebody or something beyond our careers, our families, our nation, and, of course, our own egos, if we are truly to help the world and find a taste of wholeness along the way.  I suggest that, when we are devoted to our careers, our families, our nation, or our egos, they so often become false gods for us: devils of a sort.  Maybe, after all, we do indeed need to serve Somebody.  Or at least Some Thing.

The Problem of the King on the Throne

​It’s not an easy question to ask, because so many millennials that I know, along with others, struggle with the whole idea of a personal God: that is, the idea of a God who is a “who” and not a “what,”   They are at home with devotion to truth, goodness and beauty but not to the idea of a being with consciousness and purpose who carries these values in her heart.  They can be devoted to ideas, but not to a cosmic person.
​
Part of the reason for their reluctance is that they associate the idea of a cosmic person with a bully in the sky: an authoritarian parent who is almost always angry, who is preoccupied with questions of reward and punishment, who is obsessed with being flattered, and whose own ego knows no limits.  It makes matters worse that politicians and others appeal to this personal God to support homophobia, xenophobia, pleasure-phobia, bio-phobia.

So What about Process Theology?

The angry life-hating God whom they resist is very different from the eternal Companion of whom John Cobb speaks in Reclaiming a Personal God.  And from the God of Becoming of whom Rabbi Bradley Artson speaks in God Almighty? No Way!  Yes, this angry God is quite different from the One of whom Monica Coleman speaks as she grapples with faith and depression.  Or Monica Corsaro speaks as she riffs on Miles Davis.  Or Thomas Oord speaks as he talks of the uncontrolling love of God.  Or I myself speak in God with a Spacious Heart.  And there are so many others: Bruce Epperly, Donna Bowman, Tripp Fuller, Patricia Adams Farmer, Farhan Shah, Jeffrey Long, Haipeng Guo, Catherine Keller, Phillip Clayton, Marjorie Suchocki, Sheri Kling. 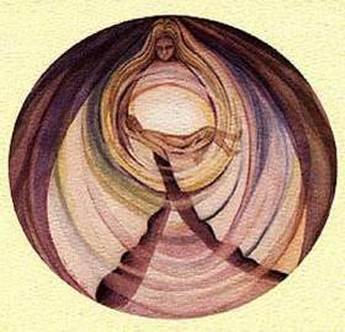 So when Mary speaks of serving the universe, I'm on board with her.  I think that the universe is indeed a Somebody that can be served. And when I hear Dylan's song, I agree.  I think we all need to serve Somebody, lest we serve only ourselves and our private allegiances: nation and family.  But I don't say this to Mary, because it might sound like I'm trying to convince her to believe in a personal God.  I believe that, for the time being and perhaps for the long haul, the very word "God" is tainted by images of a bully in the  sky.  And I am reminded by a quotation from John Cobb,

But loving an omnipotent God, or a morally judgmental God, or an exclusivist God, or a God who demands sacrifice in order to forgive, can be harmful. Abba is none of those things. I believe that loving Abba is the best hope for the world’s future, and loving Abba means working with Abba....Abba cares much more about the future of the world than about who believes in him and who does not. We who love Abba will eagerly cooperate with those who do not, if they are working to save the world. But today we may rejoice that the leading voice in the movement to save the world comes from one who loves Abba: Pope Francis. It is my hope that my tiny effort to renew and strengthen the worship of Jesus’ Abba will also build support for the great work of Pope Francis. (John Cobb)

It occurs to me that, even from the perspective of a believer in Abba, what is most important to Abba is not believing in Abba, but rather focusing energy on a love that is so deep, so tender, so vulnerable, so healing, that it somehow blessed by all things, including each and every grain of sand.  A love that asks us, too, to be a blessing to the world.