Reposted with Rabbi Artson's Permission from The Times of Israel 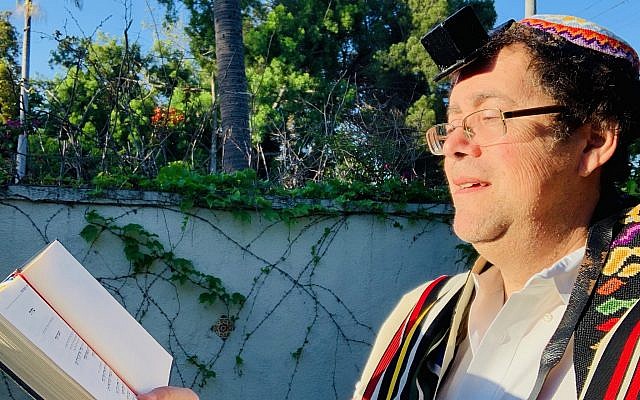 ​
If we hold on to each and every offense and slight,
we will be consumed in anger, useless, and isolated.
Rather, we must cultivate the ability to let it go.

God remembers what we forget,
and forgets what we remember.

Here’s a word that you rarely hear in a rabbinic sermon, unless I suppose you are a member of Valley Beth Shalom and Rabbi Harold Schulweis is speaking. The word is: hyperthymesia — the documented condition in which a person is incapable of forgetting any detail of anything that ever happened to them. While there are times when some of us might wish for greater recall then we have most of the time, people who suffer from this condition actually suffer terribly. Having these involuntary complete recollections of every single detail, of every event that has occurred in their life, means that they have a vivid description of each and every day which they cannot shut off. This irrepressible stream of memories removes them from life, pre-empts relationships, and locks them in a cluster of ideas or events that are no longer current. One patient described this process as “nonstop, uncontrollable and totally exhausting.” She described it as “a great burden.” She said that it made it difficult to attend to present-day reality.

It turns out, that while you might want to have greater capacity for memory, the ability to cultivate appropriate forgetfulness is a necessary requirement for living a meaningful life. Tanna De-Vei Eliyahu, a lovely Midrash, quotes from another ancient rabbinic text: “Who is truly wealthy? One who is content with their portion” (Mishnah Avot 4:1). The sages of Tanna De-Vei Eliyahu ask, Who would be the richest of all? They supply the answer to their own question, God. But here’s the catch. If God remembers everything then what God would remember is our abundant shortcomings, our bickering, and our disappointments, our pettiness, and our violence. How is it possible for God to be happy while burdened with all of these horrific involuntary memories all the time? Brilliantly, the Midrash points out that God actually does not remember everything! One of God’s greatest traits is the ability to determine what is worth recall, and what is worth forgetting. In the words of the Midrash, because “God deliberately remembers the good, and deliberately forgets the bad, for that reason, God is content with God’s lot.”

I have been thinking about that contentment because I want to commend to you the art of deliberate, holy forgetting. Those leaders who find themselves incapable, who find it impossible to let go of a slight, a snub, of being overlooked, of a misspoken word, of an argument, or an insult, those people become trapped by life’s every disappointment. This art of “forgetting”, this deliberate need to cultivate forgetfulness, is not limited to God or to rabbis. How many marriages could survive if each partner remembered everything? There isn’t a successful marriage around in which both partners have not cultivated the art of holy forgetfulness, forgetting the missed opportunity, the offhand remark, the inappropriate comment or gift, and just letting it go.

Hold on to the model that our Midrash offers us — really a shocking image of God able to be God precisely because God forgets, because God cultivates the skill of letting go.

The Midrash goes on to say that the way God trained to forget was by focusing on Shabbat and Yom Kippur. If the only time you took a look at the Jews was on Shabbat in the Synagogue, and Yom Kippur in the Synagogue, you would say: “Well they may be imperfect, but they’re certainly putting in a lot of effort! Look at them fasting all day long! Look at them opening up the beautiful new Rabbinical Assembly Machzor and being inspired all day long. Watch them come to the synagogue and be so moved when their child reads from the Torah! On such days, we surely seem to be a striving, lofty people. God deliberately says, “For the rest of the week, I’m not going to look.”

Knowing when to attend and when to let it go, it turns out, is a necessary God-like trait. And for us to be able to connect to each other, we also have to be able to forget, because if you are so locked into everything that happens to you, it is impossible to feel community, impossible to build connections — personal, romantic, familial, communal, or social.

Permit me to close with an observation from a recent Torah portion — Be-Ha’alotkha. Like you, I read the Torah portion every week (I have been doing so every week for over 30 years). The Torah portion starts as Torah portions often do, with Jews complaining. We have made a tradition out of complaining. So there we are at Taberah, complaining. Then we proceed to Kivrot-Ha-Ta’avah where we kvetch about how good the food used to taste in Egypt. These complaining Children of Israel are people who cannot let go of the details. Here they are, finally in freedom, but they can’t focus on their newfound freedom because they are so consumed by the details of what has changed. I can hear their complaints now: “My bed is not the same bed; the mattress is not the same mattress; the food is not the same food. I can tell you every single meal I had in Egypt. I can tell you about the thread of every garment I ever wore.” They are so enmeshed in the details (here’s what I never saw before), that they are separated from each other. As the Torah makes plain (Numbers 11:10): “Moses heard the people weeping, every clan separate from each other, every person at the entrance of their own tent.” They could not even cry together, so focused were they on their own personal narrative, in their own personal memories, that they could not reach beyond themselves to each other.

Here’s my theory. Jews complaining is not noteworthy. It’s barely a sin; by now, it’s just how we schmooze with each other. But Jews who cannot be community with each other, that is a terminal sin! When the Israelites’ focus on their own memories prevented them from stepping outside their tent to be with each other, then they had betrayed everything that Moses and God had done for them up until that moment.

That point is so central — that our obsessive memories and complains sunder us from each other and destroy community — that the weekly Torah selection, in case we would miss that, ends with the same story in reverse. This time it is only one person complaining; and he is not in his own tent, he is in God’s Ohel/tent. Moses complains to God (Numbers 11:17), “I can’t take these people anymore; I cannot bear leading them on my own anymore.” And what is God’s response? God says the opposite: ” I, God, will come down and I will speak to you there, and I will draw upon the spirit that’s on your, and put it on them, and they will share the burden of the people with you.” No longer isolated in their own tents, but united in God’s tent, the Divine promise is to break us out of our isolation and our self-focus and allow us will share it with others. The burden won’t be any lighter, but because we are carrying it with others, the burden will seem to be more manageable. We will be able to bear it.
​
Indeed the weekly parashah ends with that affirmation. The very ending line (Numbers 11:30) is, “Moses and the Elders reentered the assembly all together.” Transcending their petty memories makes it possible to walk together, to truly assemble.
If we allow ourselves to hold on to each and every offense, each and every slight, then we will be consumed in anger, useless to the world, and isolated. But if we are able to reach beyond ourselves, to cultivate the ability to forget what needs to be forgotten, to hold on to what is significant, and be able to then reach out to each other in common cause, then we can achieve what we must.
My blessing to you is that you retain the ability to know what is best forgotten, and what is best remembered, and that you train yourselves in the ability of careful neglect, of those unintended, and sometimes intended, insults, that simply, in the scheme of God’s plan, don’t matter. And that you know that there is no burden too heavy if it can be shared, and that you have been called by God through this community, to be the lifter of burdens, the holder of hands, the keeper of memories.

​
​Rabbi Bradley Shavit Artson is the Roslyn & Abner Goldstine Dean of the Ziegler School of Rabbinic Studies of American Jewish University, and is the Dean of the Zacharias Frankel College of University of Potsdam, training Conservative/Masorti Rabbis for Europe. 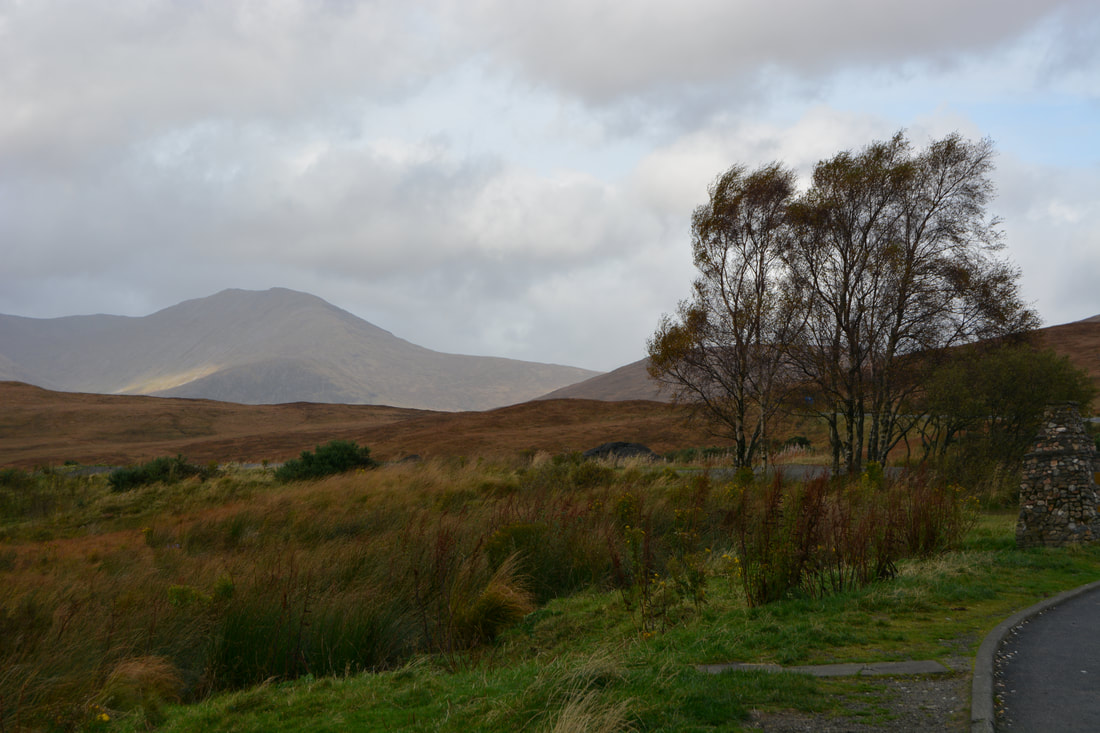