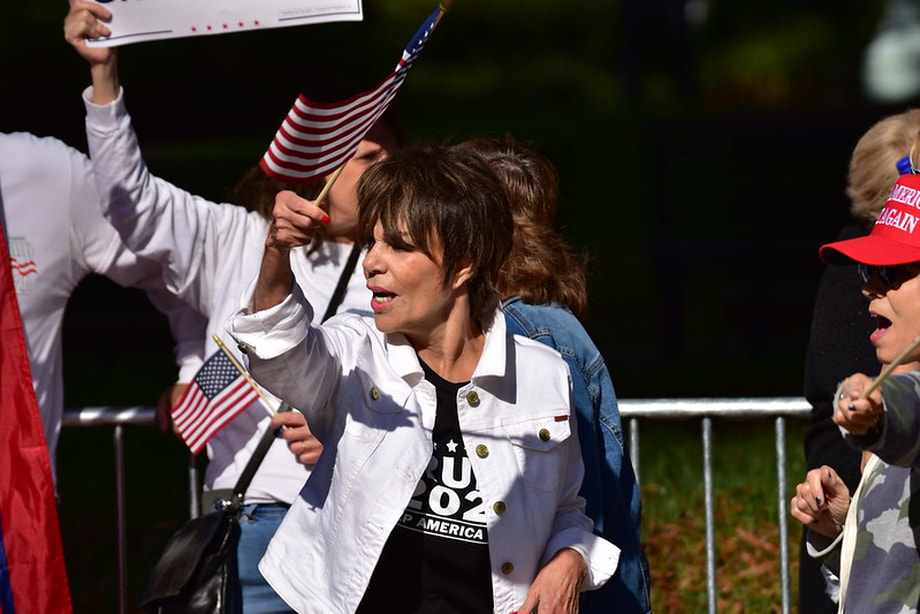 Summary: Some people think the psychological roots of MAGA anger are racism, resentment, and a desire that America be governed by white, straight, Christian males. In the case of my neighbors, I don't think this is the whole story. It's also grief, nostalgia, and a yearning for an imagined past where life was predictable and secure, wishing to have it again. Yes, it's mixed up with all sorts of other roots, some less noble. Whose motives are pure? But grief, nostalgia, and yearning - I know these emotions, too. Maybe loving my MAGA neighbors begins with my taking on their perspective and understanding their emotions. There's no need for reciprocity. Mutuality would be nice, but it's not required. After all, if, as Whitehead says, God is "a fellow sufferer who understands," might not I be a fellow sufferer, too?

How do I love my MAGA neighbor?

​Down the street from me there is a family who, during the 2020 elections, had MAGA signs in their front yard. They voted for Trump and will vote for whomever Trump supports. They want to "make America great again."

Most of my friends are liberal. These include parishioners at the local Methodist church I attend. I do not know anyone in my church who voted for Trump. Most thought his combative, narcissistic, deceptive, and polarizing approach to life was the very opposite of Christianity, as do I.  Even as some of us may have appreciated some of his policies, his character got in the way.

This means that most of my friends have little sympathy for, and much antagonism toward, people who have MAGA signs in their front yards. I’m in something of the same boat. For me, the MAGA movement is inherently alienating; I don't want to be around it. Obscenity-laden flags against President Biden almost kill me.

Still, there’s something in me that wants to understand the person who waves a MAGA flag and maybe even the person who shouts obscenities at President Biden. I think it’s the Christian side of me. Jesus tells me to love my enemies and pray for those who persecute me. Truth be told, I do feel persecuted by the MAGA movement, because it foments so much polarization and hatred. I remember driving down the street one day before the 2020 election when a Trump caravan blocked the street at an intersection and didn't allow any cars to pass by on my side, even as the light on our side was green. They thought they could break the law for Trump's sake. I think of that caravan and the craziness in their eyes every time I see a MAGA sign. How do I love my MAGA neighbor?

I know some people who say I "love" them by sharing my views, opposing theirs, and helping them see the "right" way of thinking. Or by fighting for policies that truly make America great, because the policies serve the common good.  They want to separate love from matters of the heart. But I want to know how I might feel or perceive the MAGA folks. When my MAGA neighbors are on their front porch, and I pass by, I want to know how to look at them, how to like them as neighbors, and say "hello" from a warm place. How to see them as people not things.

I think it begins with attention to feelings and motivations. Some people think the psychological roots of MAGA anger are racism, resentment, and a desire that America be governed by white, straight, Christian males. With regard to my neighbors, I disagree. I think it's grief, nostalgia, and a yearning for an imagined past where life was predictable and secure. I think they want to have something back that they think they lost.

This is the thesis of Dr. Gary Greenberg in "In Grief is How We Live," an opinion piece he wrote for the New York Times. He is a psychotherapist living in Scotland, Connecticut. His proposal comes from experience as a psychotherapist and also a city leader.  Lurking behind the anger of Trump voters, he says, is a "loss of control, of certainty, of the confidence that hard work and persistence will pay off with a life that is predictable and secure."
​

"You may have guessed that my town is a Donald Trump town, and you would be correct: He beat Hillary Clinton and Mr. Biden handily here, and MAGA hats seem as common here as caps advertising trucks or construction equipment. You don’t have to squint to see the loss written on those caps. What is nostalgia but a yearning for what once was, at least in imagination, and a wish to have it again — the truck that you can fix yourself, the world before the pandemic, the reliably upward trajectory of an American life? Isn’t anger a way to stave off the helplessness that accompanies the recognition that something precious is gone forever?"

So do many of my liberal friends. We, too, struggle with a sense of loss: the loss of a dream that we can live in a country that is loving and tolerant, caring and sharing, creative and diverse, with a special care for the vulnerable. For us, the MAGA movement runs counter to our hopes for a beloved community. We feel that, at one time in American history, say with Martin Luther King, Jr., this dream was alive and now it's dead or almost dying.  We resent the loss.

First steps? The suffering. We need to look beneath the hatred to the grief, beneath the polarization to the pain, beneath the vitriol to the yearning. No need to hide from the political disagreements, whatever they are. But we need to see the other as a person not a thing, and to spend time with the person. I need to ask my neighbors over for coffee.

This act of perspective taking does not require reciprocity. Whether I am a liberal or a conservative, I can look for the grief, loss, and yearning in the other, even if he or she does not look for it in me. I can see him or her as a fellow sufferer who, as understood by the God of love, can also be understood by me.

Of course it is possible to imagine groups of MAGA and liberals (leftists, socialists, progressives) getting together in small groups to "look beneath the hatred" together. It is possible that MAGA folks and Liberals might even work together toward a better world, hand in hand, in local communities, cognizant that we all fall short of the glory of God, that we all suffer pain and loss, that we all yearn for a kind of community that is good for each and all, with no one left behind. Transformative grassroots movements are imaginable.

​But it must begin with understanding, at least on one side. In such understanding is strength and power. John Lewis reports that Martin Luther King used to joke and say things like: "Just love the hell outta everybody. Just love 'em."  Sounds right to me.

​Loving the Hell out of People

I think sometimes people are afraid to say I love you. But we’re afraid to say, especially in public life, many elected officials or worldly elected officials, are afraid to talk about love. Maybe people tend to think something is so emotional about it. Maybe it’s a sign of weakness. And we’re not supposed to cry. We’re supposed to be strong, but love is strong. Love is powerful. The movement created what I like to call a nonviolent revolution. It was love at its best. It’s one of the highest form of love. That you beat me, you arrest me, you take me to jail, you almost kill me, but in spite of that, I’m going to still love you. I know Dr. King used to joke sometime and say things like, “Just love the hell outta everybody. Just love ’em.”

- John Lewis, interview with Krista Tippett in On Being