How the Qur'an Reveals
​God's Becoming

Excerpts from a Master's Thesis

In my thesis, the term “process” signifies, inter alia, the process notion of God`s changing omniscience; an omniscience in “becoming”. The process approach states that God cannot capture –in one single glance –the entire sweep of history. Stated differently, God knows what are the future possibilities or probabilities, but not what is actual until it materialises. Thus, the future is “open-ended”; a line in “becoming”, even for God.

From a psychological point of view, this anti-classical theistic version of God`s omniscience is conducive to fright and fear for those believers who find solace and a sense of “protection” in the classical theistic idea that God is supervising the course of our temporal career, hence the tendency to regard life in fatalistic terms, a notion which has moved Muslims towards soul apathy, both personally and collectively. Muhammad Iqbal opposed the fatalistic elements which seeped into the fold of Islam and Muslim history through the pressure of non-Islamic forces. One of the most explicit assertions against the doctrine of fatalism, and, in defence of humanity`s freedom and its creative capability, is as following: “God Himself cannot feel, judge, and choose for me when more than one course of action are open to me” (Iqbal 2012, 81).

Another aspect of the process vision of God is the idea that God does not exert unilateral control in human realm. On the contrary, God`s omnipotence is circumscribed. This limitation is however not externally imposed, but rather, in Iqbal`s words, “born out of His [God`s] own creative freedom” (ibid., sic), hence the performance of persuasive power. In process terms, God creates with humans. Marjorie Suchocki illustrates this aspect in the following words:

A children’s fable once told about a rivalry between the wind and the sun. Which one would be able to remove the coat of that man down there on the road? The wind thought that it could, and so it blew and blew and blew with great force. Unfortunately, the strength of the wind was such that the man just drew his coat more firmly around himself. Then it was the sun’s turn. The sun just beamed its rays down upon the man until finally he grew quite warm—and removed his coat (Suchocki, 2003).

In other words, in the children`s parable cited above, the wind symbolises “coercive power”, whereas the sun represents “persuasive power”, which is, in Suchocki`s words, “a far greater power than simply to force the other to do as one wishes” (ibid.). From an Iqbalian standpoint, the persuasive power is another description of God`samr...God`s amr symbolises His “directive agency” (i.e., guiding force). That is, in human world, God`s will functions only through persuasion by providing potentialities which can be actualised by the actual entity (in this context human beings). On this point, a natural question arises: in what manner does God`s directive agency manifest to humans?

From Iqbalian standpoint which is in line with the general Islamic theological viewpoint, the answer is, through Revelation, that is, the Qur’anic scripture. In the Qur’an, we read the following verse: “This is Allah`s guidance (amr) which He has reveals unto you” (65: 5). And since God`s power is restricted in the domain of human actualities, human beings are free to either accept God`s guidance or turn away from it. The Divine Ego cannot exert cohesive power so to make humans accept His guidance, God rather leaves humans unhampered in order to determine for themselves in what direction they want to move. On this topic, Parwez avers:

In the world of autonomous egos, on the other hand, it [Divine power] performs the function of guidance. It leaves them free to decide what is best for them, but they are not left to grope in darkness with equal chance of turning to the right or the wrong direction” (Parwez 1989, 168, sic).

The kernel of the passage I have just cited is that human beings are not left for themselves, but have been furnished with guidance through the channel of God`s amr. The next question which must be answered is: What is the fundamental purpose of the Qur’an in this sense? According to Iqbal, the Qur’an is a book comprising “basic principles of a universal import directing the evolution of human society on a spiritual basis” (Iqbal 2012, 142).

Parwez also expresses the Iqbalian thought by asserting that “Din [the Qur’an] offers broad principles which give guidance to man in the adventure of life and which enable him to attain the goal of self-realisation and social welfare” (Parwez 1989, 77, sic). Furthermore, the express purpose of the Qur’an is, in Iqbal`s own words, to “awaken in man the higher consciousness of his relation with God and the universe” (Iqbal 2012, 131). From an Iqbalian process perspective, we might interpret the Qur’anic scripture as a book containing “potentialities”, or, “Divine aims” (the Qur’anic principles as “realisable aims”).

​This idea needs elaboration: I have explained that for Iqbal, God cannot select for the finite entities between the various courses of action, or range of possibilities. Human agents are free to exercise their power of autonomy and discretion; God`s amr offers only general guidance.

Let us consider the Qur’anic verse 5: 2, which addresses humans to “help one another in the pursuit of the good”. This verse, from a process perspective, refers to a “potentiality”, which “can” be realised by the actual entity at issue (human being). Put in a different way, God, through the Qur’an, invites the actual entities towards “creative transformation” by offering potentialities. In Whiteheadian terms, this invitation can be interpreted as “lures for feeling” (McDaniel, 2015).

​The central idea to note is that this Divine invitation is one possibility among several other possibilities, and, by implication, the human being may choose to actualise among the other possibilities open to it; possibilities which may not be conducive to goodness or welfare. We might find commonalities between Iqbalian process thinking and that of John Cobb and David Ray Griffin. They write that “…God seeks to persuade each occasion towards that possibility for its own existence which would be the best for it; but God cannot control the finite occasion`s self-actualization” (Cobb and Griffin 1976, 53). ​
Farhan Shah's  ​Master's Thesis:
​An appreciationFarhan Shah's thesis on Muhammad Iqbal is a signal achievement at many levels. It is an achievement for its author, of course, and he deserves a hearty congratulation. But Farhan would be the first to say that his own aims are not for personal recognition; they are to bring forth the voice of Muhammad Iqbal himself as a prominent partner in a global conversation concerning the future of humanity, the future of the earth, and the future of Islam. This, to my mind, is part of the deeper achievement. His thesis gives us Muhammad Iqbal's voice. But even this is not the whole of it. The real achievement is to lift up the possibility that there truly dwells within our universe, and within our hearts, a divine call to become fully human, fully ourselves, in ways that are loving and just, wise and compassionate, creative and kind, modest yet dignified - and to create societies, which make it possible for all of us to realize this potential, each in our way, with no one left behind. Making this idea available to the world, in terms both courageous and true, is Farhan's deeper aim, and his thesis is a first attempt to realize it. How important this is for the world and, yes, for Islam,. A serious question emerges in our time: Who speaks for Islam? There are so many voices, sometimes competing, within Islamic world. Some are militant, some traditional, some promising, some stifling. But one thing is very clear. If the vision offered in Farhan Shah's thesis gains a hearing within and outside Muslim circles, more and more people will come to see that Islam itself can be good news, very good news, for Islam and for the larger world. It is for the ideas themselves, articulated by Farhan Shah and his mentor, Muhammad Iqbal, that I am most grateful. There is a profound humanity in the idea that God invites us to become fully human. We can hope -- and I suspect this is the case - that there is some divinity, too.suspect this is the case -- that there is some divinity, too. 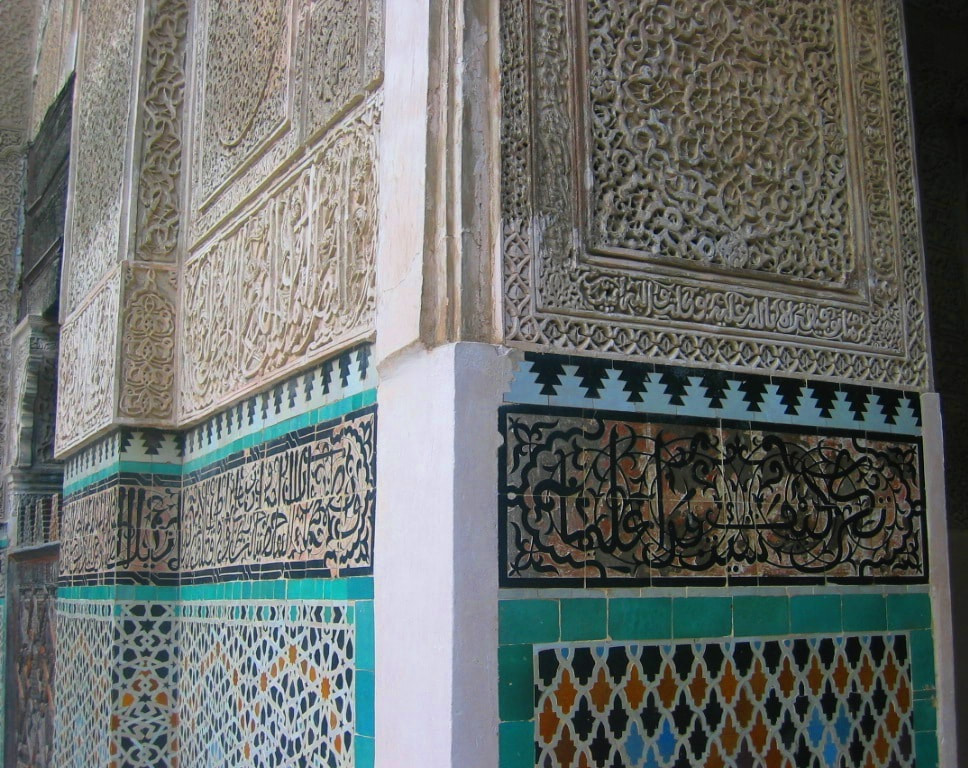