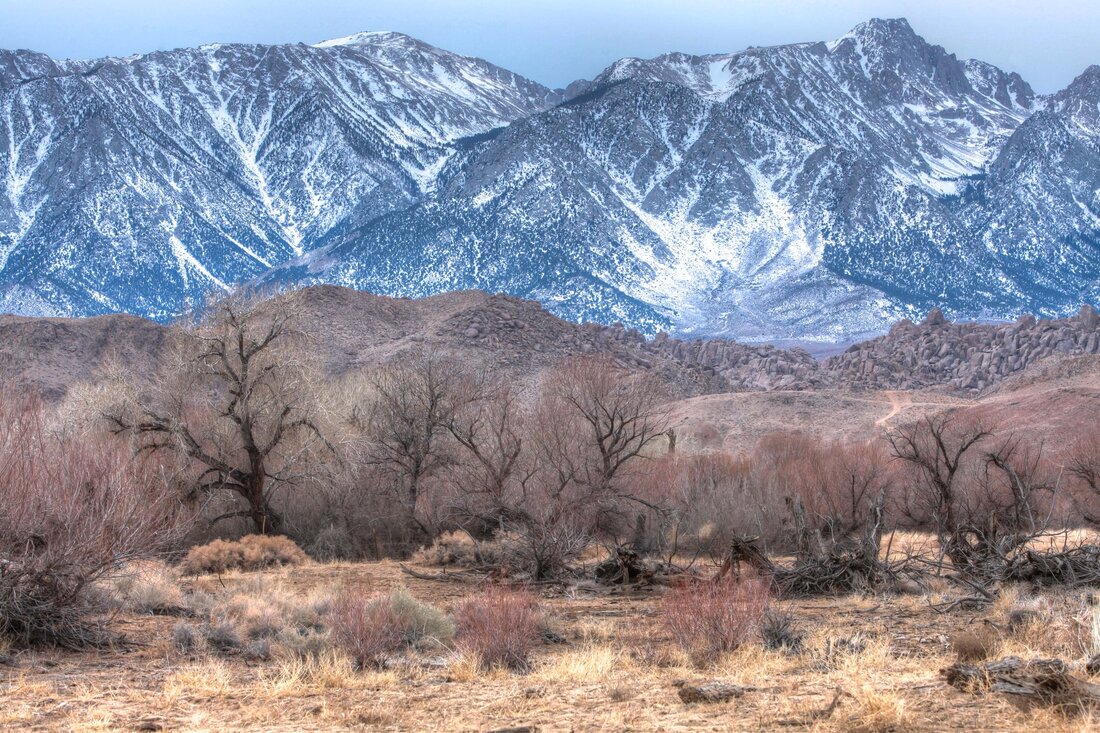 I recently finished a class at the First Unitarian Universalist Church, San Antonio on the Process Thought of Alfred North Whitehead. During the preparation and presentation of that class I was reading a biography and many of the essays of the mid-twentieth century naturalist Loren Eiseley. Eiseley was trained as an anthropologist and taught for many years at the University of Pennsylvania. He authored several books of essays. His best-known book is The Immense Journey, a retelling of the story of evolution by way of personal stories, science, and his own immense imagination.

One of his better-known books of essays is The Star Thrower. In it Eiseley brings together the Process Thought of Alfred North Whitehead and the nineteenth-century Transcendentalism, of Henry David Thoreau and Ralph Waldo Emerson. He connects these two philosophies in a series of essays that evince his compatibility with Transcendentalism’s affinity for nature and portrays them as forerunners of Process Thought.

As Eiseley notes in “Man Against the Universe,” he found Emerson’s Method of Nature “a forerunner of process philosophy…” As Emerson wrote, “We must admire in man the form of the formless, the concentration of the vast, the house of reason, the cave of memory.” From this quote Eiseley saw the seeds of Process thought, as he notes, “The cave of memory! It is this, … that enabled Emerson to interpose insignificant transitory man as the counterweight to stars and wasteful galaxies, …” In his journal Emerson wrote, “What is man but nature’s finer success in self-explication?.” Eiseley continues, “The explication is not eternal, any more than today is for always. The world, Emerson made clear, is in process, is departing, as men and ideas are similarly departing.”

Whiteheadian thought as open and relational is evident throughout the essays. Moreover, Eiseley shares the belief with Process Thinkers that all of life, all “actual entities,” to use Whiteheadian language, experience and have value. With Transcendentalists and Process Thinkers, Eiseley affirms that nature has significant importance and value for itself.

However, what attracts me to Eiseley’s writings more is his use of language, his “poetic” prose, and his love of nature in all its diversity. A couple of examples of his writing might make his use of imagination and his skill in writing clear.

My examples come from ​The Star Thrower. “The Judgement of the Birds” contains several short reflections by Eiseley on birds. One story stands out to me. It takes place in a quiet glade deep in the woods. Out fossil bone hunting, Eiseley stumbles on to this glade and sits down at its edge and falls asleep. Upon waking, he sees a large raven with a baby bird glitched in its beak. With a gulp, the nestling is gone. The parents arrive and raise a fuss that has no effect on the raven. Soon other birds begin to join the circle. Then quiet settles over the glade. A single bird begins to sing, and slowly one by one the others join in the song. As Eiseley writes, “They sang because life is sweet and sunlight beautiful. They sang under the brooding shadow of the raven. In simple truth they had forgotten the raven, for they were the singers of life, and not of death.” Eiseley’s combination of the violence of the raven and the sweetness of the circle of birds singing is at once jarring and beautiful leading me to cry.

The second example of Eiseley’s work describes his belief that nature is always and everywhere extending itself- reaching out. His essay “How Flowers Changed the World” narrates this idea beautifully. Eiseley begins by describing the earth prior to the evolution of plant life as a barren waste land. He notes that the earliest plants emerged from the primordial ooze of swamps. Eiseley writes of a growing green pattern edging out into “the raw and unclothed continents.”

However, this plant life was stuck in the swamps due to their need for direct access to water. This changed when plants developed a revolutionary method of reproduction: “the emergence of angiosperms – flowering plants.” Angiosperm means “encased seed.” This new method allowed a seed to grow “in the heart of a flower…independent of outside moisture.” “Moreover, by featherdown attachment, as in dandelion or milkweed seed, it can be wafted upward on gusts and ride the wind for miles; or with hooks it can cling to a bear’s or a rabbit’s hide…” and be deposited miles away. According to Eiseley, “Plants traveled as they had never traveled before.” Flowering plants also used their odor and color to attract insects, birds, and other animals to spread their seeds. The revolution was on and nothing would stop the flowers expanding growth. Eiseley’s description of the evolution of plants and their method of reproduction to extend and expand life is not only informative but is written in a way that draws me into the story. For it is a story, a story for the extension of life. His colorful language - ooze, raw and unclothed continents, seeds riding the wind or hitching a ride on a bear’s back - move the story from simply informative to one that opens my imagination. I can envision floating on the wind currents or clinging for dear life on the back of a black bear.

Eiseley’s writing clearly conveys the openness and relatedness so clearly expressed in Whiteheadian thought as well as Transcendentalism’s seeking and finding the divine in Nature. The poetry of Eiseley’s prose is unmistakable. His words enliven my imagination and convey me to a land not previously conceived. In times of quiet I find myself sitting at the edge of the glade listening to the beauty of the birds singing in celebration of life. When I look at the Daylilies in my own yard, I am transported to the time of the revolution in flowering plants that ultimately covered the earth. Needless to say, Eiseley’s writing touches me in a way few writers ever have. His writing on nature and life conveys a pathos, a solemn sentiment, and a spiritual sense that few writers do.
​More Photographs from Thomas Oord
​
Through Both Creations Shine: Photo Book by Thomas Oord 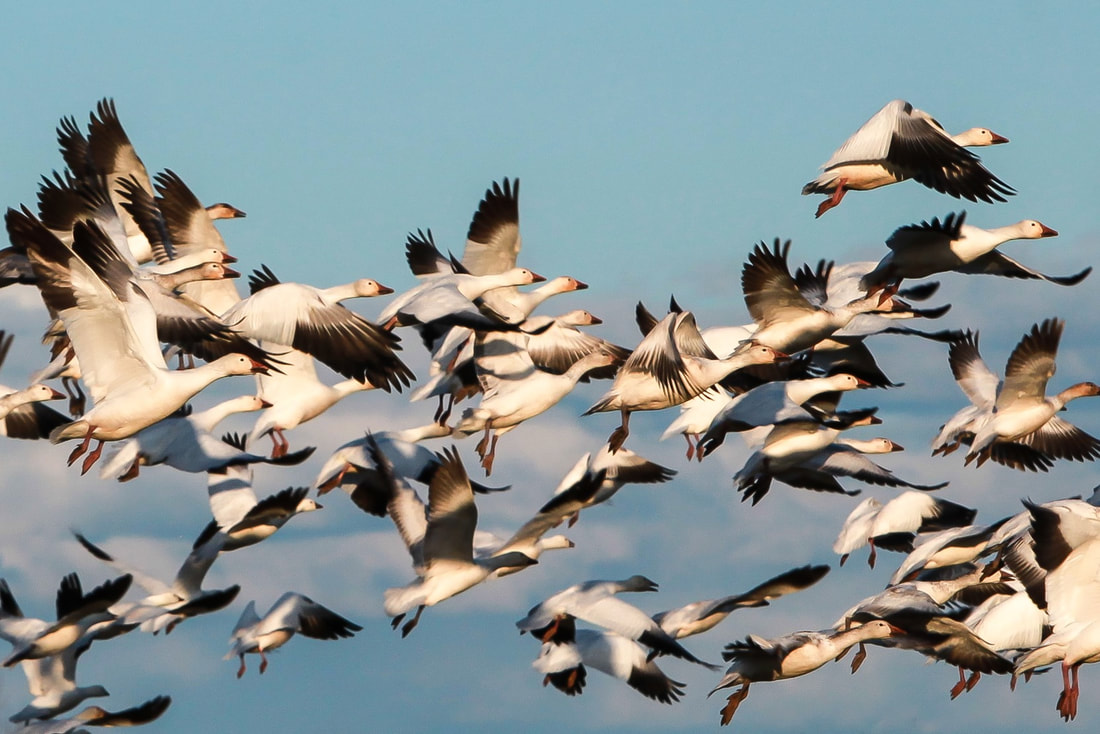 In the spiritual alphabet developed by Frederic and Mary Ann Brussat, “w” is for wonder and “v” is for vision.  Both come to mind in reading essays by Loren Eiseley and enjoying the landscape photography of Thomas Jay Oord.

In his photography Oord takes us on journeys beyond ourselves into the terrain of the terrestrial and galactic sublime.  And he includes snakes as well as flowers, reminding us that the sublime is more than prettiness and comfort. “H” is for humility.  Eiseley does something similar in his essays.  As Terry Goddard puts it in the essay above: “His best-known book is The Immense Journey, a retelling of the story of evolution by way of personal stories, science, and his own immense imagination.”

It seems that there are at least two kinds of immensities: the immense journey of the universe and the immensity of the human imagination.  We need that a sense of those immensities today.  We need to recognize that we are part of a much larger journey that includes mountain ranges and mountain lions, flowering plants and nebulae.  And we need expanded imaginations that help us envision a new kind of society, revolutionary by comparison to the staid, self-preoccupied, unjust society of today.  In the process community we speak of these new kinds of society as Ecological CIvilization.  The building blocks of such a civilization are local communities that are creative, compassionate, participatory, diverse, inclusive, humane to to animals, good for the earth, and spiritually satisfying -- with no one left behind.
​
One of the values of Whitehead’s philosophy in its way is that it encourages us to wear spiritual bifocals: that is, to pay attention to larger contexts and to pay attention to the small.  To understand the vastness of the universe and to appreciate the suchness of each person, each animal, each creature.  Indeed, Whitehead invites us to imagine a truly large context – a divine Immensity – in whose heart the whole unfolds and who cares for each as well as all.  That that makes three immensities, all intertwined, each awesome in its own way.  "A" is for attention.

More on Immensity From BBC