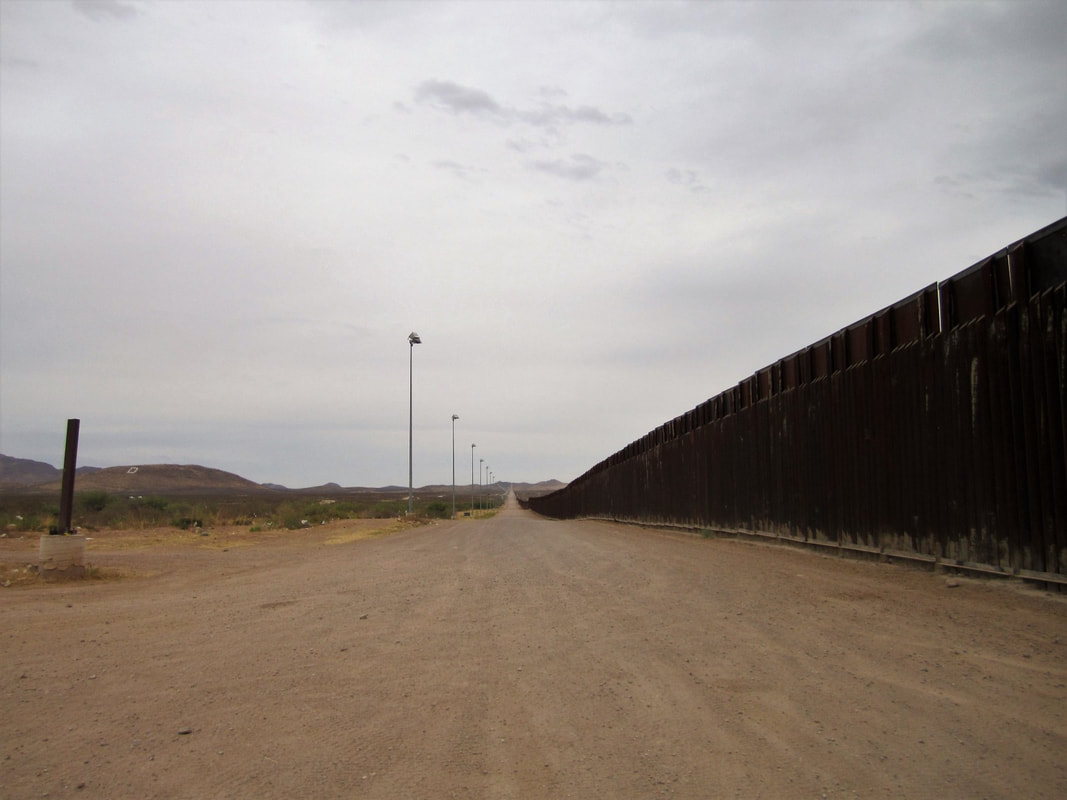 ​12 Things People Should Consider
​When They Talk about Immigration

​As I find myself tormented by the latest news on the Trump administration’s immigration policies, I have been struck by the lack of a summary piece that provides some context for immigration today. I have a Ph.D. in cultural anthropology, and much of my research has been at the United States-Mexico border. I find that too often articles discuss immigration in terms of one nation, the United States, existing like an island fixed in the ocean without any role in its location. I have assembled a list of 12 things I wish people would remember in this discussion today, based on years of research and my own numerous interviews with migrants.

1) Humans are mobile. We have always been mobile. We move to new places when conditions in the place where we are decline and we hope for something better elsewhere. This movement does not make us bad. It makes us like any other animal, looking to survive.

2) Humans are exceptionally mobile right now. The UN estimates that 258 million people on the planet lived outside the country of their birth in 2017. The UN also estimates that there are currently about 65.6 million people who are displaced by war, violence, and persecution. That is about 1 in 113 people on the planet as refugees alone. Most of those people stay within the country of their birth, so that earlier number only includes a fraction of total refugees. That number also does not include those of us who move within our nation for other reasons. I don’t live where I grew up; neither do my parents, and neither did their parents, or their parents. That is true because we all followed jobs, except my great-grandparents who also fled persecution.

3) Our global economy depends on this mobility in multiple ways.Capitalist economies demand that people be willing to move for work. Industrialized economies need people who will move, who are not tied to the land of their birth, say as farmers or people who directly control the resources from which they make a living. Furthermore, many nations rely on remittances, which are the money that migrant workers send home, for development. This reliance is especially profound when agencies like the World Trade Organization and other international lenders require austerity measures by states. That is, in order to get loans nations must cut social services and rely more on “private” sources of income, which turn out to be the wages migrants send home to their families.

4) The economy of the United States depends on global economic factors. We already know this in a thousand ways (hello, trade war with China). But the wages and benefits that a farmer offers for those harvesting a crop depend on the laws of our country AND on what the global market for their crop is. If berries can be picked for less money in Asia, U.S. farmers take that into account when they decide what they can afford to pay. They can’t compete with overseas growers under certain economic conditions, and they go out of business, sell the farm, and guess what? They are mobile now too.

5) The costs and benefits of migrant workers are very hard to calculate, but in most ways we come out ahead. Most economists think that migrants are a net benefit to the U.S. economy. Do they compete for jobs with people at the very bottom of the economic ladder in the U.S.? Yes. But they also reduce the cost of goods for everyone. They pay sales taxes. They pay income taxes that they can never benefit from. They take out less than they put in. Here is another wrinkle: the U.S. hosts workers in the prime of their lives. Other nations bear the costs of educating them, their childhood medical expenses, and the medical costs when they return home crippled by the backbreaking work they endure here. No retirement costs are borne by the U.S. either. Mostly, other nations shoulder the reproductive costs of caring for their children, since most migrants leave their families behind. So, we pay virtually no social services over the life span of the people who build our homes and harvest the food that feeds us. We get almost all of the productive benefits of that human being, and we pay for almost none of the reproductive costs of keeping them alive.

6) When we make it harder to cross the border, people make different decisions. Let’s just assume that people in the prime of their lives are married with children. They miss those people. They want to see them. They can either return home for a visit and then cross the border again or they can struggle to bring their families with them. When it becomes dangerous to cross, when it is more and more expensive to pay a guide to cross safely, people start to decide to bring their loved ones so they don’t have to keep taking that big risk and expense. They need the work, but they need — like all of us — social support and love.

7) When we make it harder to cross the border, people will still try to cross the border. Remember the mobility I talked about? That isn’t going away. Remember the violence and persecution? You can’t stay in that. When people need to survive, they will do what they have to do. They will look for any option that makes sense. I know some people think that migrants come to the United States because we are a heaven on earth. Based on my many conversations with migrants, I can tell you that they are coming to survive. Guess what? We are TERRIBLE to migrants. We are racist and mean. We exploit them at every opportunity. Every migrant I have ever spoken to has told me, All I want to do is work an honest job to support my family. If that means they have to risk death and cross a desert, they will do it. So would you. All we are doing when we make it harder to cross is make it more likely that they will die.

8) And speaking of the violence and persecution I mentioned earlier, the United States is directly responsible for it in many parts of the world. Our government worked to overthrow democratically elected governments (Iran, Guatemala). We paid for civil wars to support governments seen as “friendly” to the U.S., and to take down those seen as unfriendly, which resulted in thousands and thousands of deaths (El Salvador, Honduras, Nicaragua). Our trade policies have destabilized national economies (Mexico). Into the mix of civil war and rising poverty due to our own actions and policies, we added our desire for illegal drugs. The guns and violence that surrounded children during the civil wars they grew up in could be channeled into moneymaking endeavors. What are the long term impacts of growing up in extreme violence? I’m not a psychologist, but I suspect that tolerating violence later in life might be one. The drug war in Mexico is estimated to have taken the lives of 164,000 people between 2007 and 2014. We consume the drugs and we provide the guns. We are the fuel for this fire, even if it is burning in Mexico. But, people fleeing the violence in Mexico are NOT considered for asylum.

9) It is very hard to qualify for asylum. You can’t qualify for asylum based on the fact that you can’t get a job because drug gangs control your neighborhood. (You MIGHT be able to qualify if you could prove that they were specifically targeting you.) And if you were seeking asylum, wouldn’t you take your threatened family with you?

10) It is extremely hard to get a visa to work a job that does not require much education. But, as mentioned before, often these are the jobs that employers need filled at low wages to compete in the global economy. And there is no line to get in to the U.S. You can’t wait your turn. AND now the Trump administration is working to remove the formerly extremely difficult to get pathways to legal residency in the U.S. Meaning it will be even more difficult to get documents to come here. (As a reminder, the global economy requires people to be mobile, we set those conditions, and we destabilized local economies around the world.)

11) You can make anyone a criminal with the right law. First, I am going to assume that you have broken the law. You have. You drank before you were 21. You drove over the speed limit. You shoplifted when you were four years old. You broke the law. I will now refer to you as “an illegal.” I can also change that law to a felony, making you seem dangerous. So, if I prohibit you from getting a driver’s license BY LAW, and you need to drive to work, and I target you (legally) because you have brown skin and pull you over, you can be a felon. And now when I deport you, I can call you a dangerous criminal, even though all you did was drive without a license.

12) Empathy. Now consider the mother from Guatemala at the border with her small child. She is asking for asylum. She is jailed until she can be “processed.” Her child is taken from her without warning and she will receive no information about where that child is. There was never a line for her to get in. There was no “right way” for her to migrate. Her movement is like that of 258 million other people. This “problem” of migration can’t be solved with more restrictive laws. It has to be approached practically and with empathy. We have to be able to imagine that we would do the same thing. That we might need to do the same thing. That the global economy requires this mobility and our foreign policy has encouraged it.
​
I know that 12 things to consider are a lot. It’s not a bible quote or a call to empathy alone, though I wish people would talk about humanity and psychological damage and what is the right thing to do. I DO want people to remember that racism and xenophobia are in play here, explicitly encouraged by the Trump administration. Those elements break my heart over and over. But consider the history, our laws, and our economic policies. Those matter too.