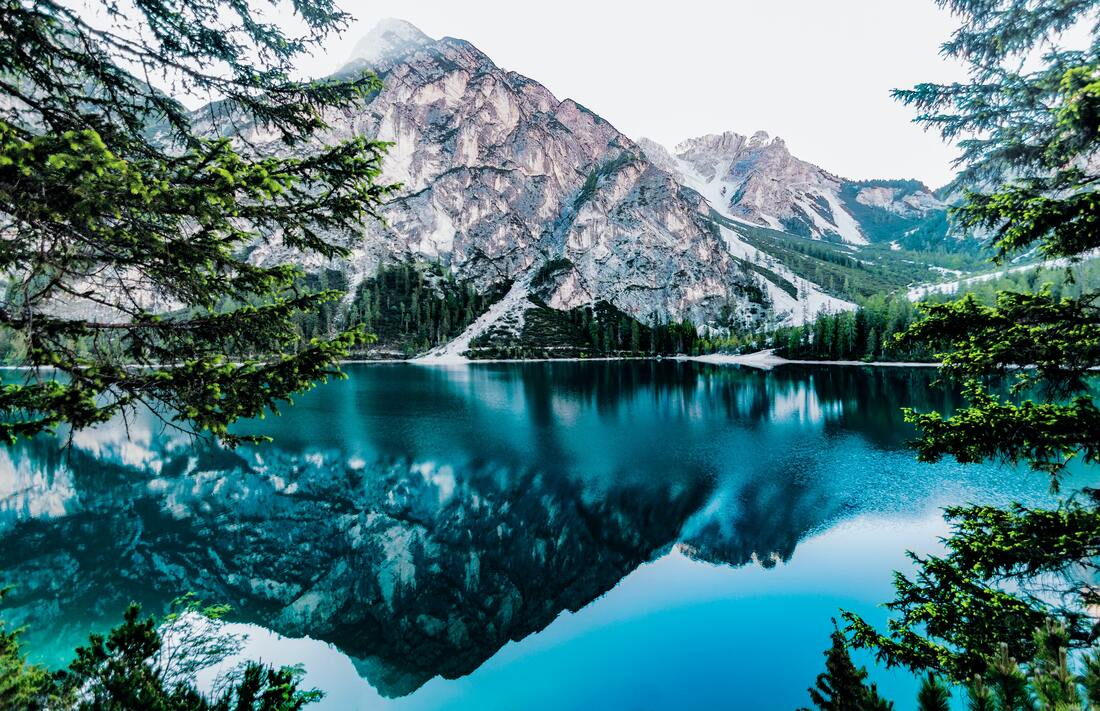 Is there a place for God
​in an evolving universe?
​

Sometimes the laws of nature are imagined as blueprints by which the universe operates. Some theologians would add that the blueprints are created by a divine architect, God.

Process philosophy offers another perspective by means of five ideas, One is that the universe is an ongoing process filled with creativity of its own, amid which immediate events are significantly influenced, but not entirely pre-determined by predecessor events. A second is that the universe unfolds in terms of vast stretches of time – cosmic epochs of billions upon billions of years – which form discrete time periods, amid which different laws of nature operate. The laws of one cosmic epoch may be different from the laws of another. A third is that the laws themselves, within any given cosmic epoch, do not precede the unfolding of the events, but emerge along with the unfolding of events as “habits” of the unfolding. Imagine someone beating a drum according to a certain rhythm, which itself becomes so contagious that subsequent drummers absorb and repeat the same rhythm. The laws of nature are like this. A fourth is that the laws may themselves evolve over time even within a given cosmic epoch. They are not entirely fixed. A fifth is that the universe is embraced by a living whole, within which it unfolds, which beckons the whole of the universe, and each part within it, toward whatever kind of satisfaction is available to it. This beckoning is not imposed from afar, it dwells within each creature as its own inwardly felt lure toward satisfaction: the initial phase of its subjective aim. The beckoner behind the beckoning is God.

In the first essay below, Paul Ingram argues that the fifth idea is not part of science. To appeal to God, he suggests, is to appeal to a “god of the gaps,” and the gaps are always filled by new knowledge. Other process philosophers, John Cobb, for example, believe that, in principle, science could include within its own explanatory powers reference to God as a principle of order and novelty. I suspect that most scientists would agree with Ingram. But Ingram's primary point, with which Cobb and others agree, is that theology deals with questions of "why" that are essential to human life: e.g. "Why is there a universe at all, why not simply nothing? What is the purpose, if any, of the evolutionary process with its many dimensions: galactic, geological, biological, cultural?" Process philosophers propose that the purpose is the production of beauty and that it is beauty by which, ultimately, the universe is drawn.

In the video following Ingram’s essay, the physicist Lee Smolin makes the case for an evolving universe in which even the laws of nature are evolving. The universe is inherently temporal and its future is open. Smolin seems to agree with process philosophers such as Ingram and Cobb. Not that he is a theologian or interested in God, but rather that he affirms what, in the world of process philosophy, we would call an "organic" universe with spontaneity of its own. He opens the door for an idea with which they would well agree: If we imagine the universe as a cathedral, the cathedral is a cathedral-in-the-making, the blueprint is likewise a blueprint in-the-making. There's some improvisation that goes all the way down into the depths of matter and all the way up into the heights of heaven. There may be, after all, a little hope for our world and our universe, and we humans might play a small but beautiful role.

​Scientific Laws, the Unity of Nature,
and the Idea of God as Creator

William Stager notes that the “laws of nature” encompass two interdependent meanings: the physical regularities, processes, and structures in nature as (1) we know and understand them and (2) as they actually function in reality—provided one assumes some form of Ian Barbour’s “critical realism.”[1]  “Natural laws” reveal the underlying unity of nature because natural laws testify to nature as a universally embedded rationality evidenced by the power of mathematics to describe these processes.  Which means as Einstein said, the greatest mystery of the universe is that we, through reason, can comprehend it.  Which doesn’t mean that we can comprehend everything about the universe.  It’s the “how questions” that reveal the universe’s exquisite rationality.  The “why questions” meaning questions of ethical and aesthetic value, reveal the universe’s fundamental mystery.  Both the “how” and “why” questions may very well be evidence for the reasonableness of belief in God.

The “how questions” focus on the realm of the very small (i.e., subatomic particles) to the very large (the cosmos as such). The extraordinary applicability of mathematical descriptions of the structures, entities, and physical processes of nature enforces the conclusion that there is indeed an underlying unity to all things and events in the universe at every moment of space-time since the first nanosecond of the Big Bang.  But the “how questions” of scientific concern hemorrhage into the “why questions” of other disciplines, especially theology and philosophy.  It is at the intersection of these “how” and “why” questions that the rationality embedded in the universe, and the mystery that human beings seem to be able to understand the physical processes of nature, that make belief in God reasonable, even though the universe’s rationality and the mystery of why it should exist in the first place—along with we who ask such questions—do not constitute proof of God’s existence.

Evolutionary biology adds another hiccup. According to Ursula Goodenough, evolution is fundamentally a process of “emergence,” which she defines as “something more” from “nothing but.”[2]  This, she concludes with every biologist I have studied or met, is the sole “purpose” of evolution, an idea that is obviously not a reductionist approach that reduces everything to subatomic particles because biological process involves interdependent processes of top-down causation (the environment’s impact on lower level interrelationships).  Which means that life is a process of getting something to happen against all physical odds while remembering how to do it.  The “something” that happens, according to Goodenough, is biochemistry and biophysics, and the odds are “beat” by an incredibly complicated process of sorting out shape fits and shape changes at the molecular level along with the “memory” that is “encoded in the strings of DNA in the genes of living organisms.  This is “bottom-up causation.”  “Evolution” refers to the frequencies of different sets of instructions for making organisms.  But to understand evolution, it’s necessary to understand how the instructions become different (mutation) and how the frequencies of those instructions are changed over time, which is the process of “natural selection.

“Natural selection” is the answer to two questions: (1) does a new protein work better or worse or the same as the old one, and (2) how is the difference important to an organism?  So, evolution is a process whereby: (1) mutations change the quality of genes as (2) natural selection changes the frequency of the genes in a process that is (3) totally dependent on the environmental circumstances in which it is occurring (top-down causation interdependent with bottom-up causation.)

God is not needed to explain these processes.  Yet these processes do not in principle exclude the existence of God as creator.  My own sneaking hunch is that God creates continually through these processes everywhere they occur in the universe.  But we should not refer to God as an element in the scientific explanation of evolutionary process because God cannot be an explanatory category in any scientific description of physical realities.  Such a “God of the gaps” will always entail bad science and bad theology.  If, however, “why” questions are the center of attention, it is not unreasonable to conclude that evolutionary processes are the means by which God is creatively active in the universe wherever life may exist.

Do the laws of nature evolve?
​
Physicist Lee Smolin thinks so.

The laws of physics are not fixed, says Smolin, they evolve, in real time. This shift of viewpoint, forced on him by the logic of physics and philosophy, suggests that time and our experience of it passing is truly real. All the laws and everything else evolves within it.
​
Overview provided by the RSA.  Click here for more.

"Throughout history, the idea that time is an illusion and that the laws of physics are fixed or ‘eternal’ has been a religious, philosophical and scientific commonplace. In Time Reborn: the Crisis of Physics and the Future of the Universe, Lee Smolin proposes a radically new hypothesis: that the laws of physics are not fixed, but that they evolve, in real time. This spectacular shift of viewpoint, forced on him by the logic of physics and philosophy, suggests that time and our experience of it passing is truly real. All the laws and everything else evolves within it.

This hypothesis not only opens up the possibility of resolving some of the big open issues in physics today, such as the nature of the quantum world and its unification with spacetime and cosmology. It also places profound importance on human agency, on how our social, political, economic and environmental choices directly affect the range of possible outcomes for the future of this planet.

Smolin argues that through consilience in the natural, social and political sciences around the concept that time is real and the future is open, we can summon the imaginative power to invent the communion of political organizations, technology and natural processes essential if we are to thrive sustainably beyond this century."
Open Horizons