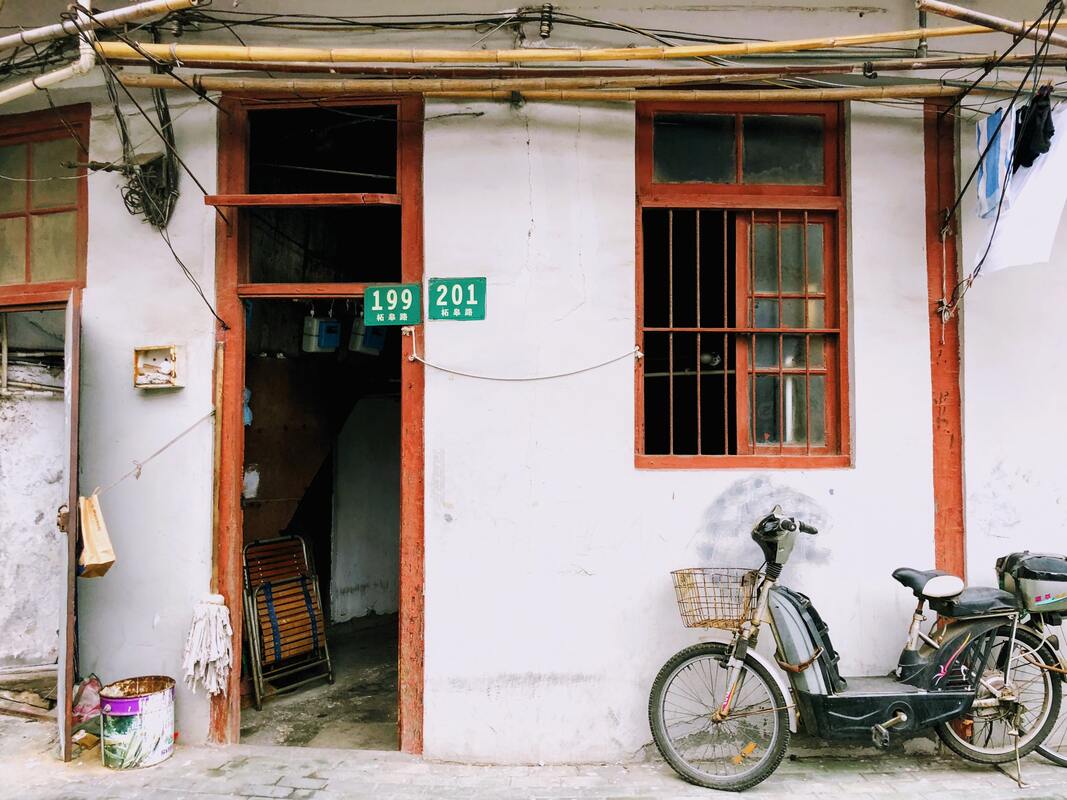 Photo by John Cameron on Unsplash
When I took calculus in college, my teacher began the course by saying: “You think you’re about to take a course in calculus, but you’re not.  You’re about to take a course in poetry, because what we’ll get to deal with is so beautiful.”  His reframing calculus as poetry and inviting us to see the sheer beauty in mathematics made all the difference.  I thought of Whitehead who proposed that certain kinds of mathematical entities (he called them eternal objects) are part of the makeup of God’s mind, which means that when we prehend them we are prehending part of God, even if we don’t believe in God. And I thought of Vivian Dong, one of my students from China, who likewise saw the beauty of mathematics, God or no God.  Born into a hard life, she was saved by Beauty and by the smile of a blind woman who introduced her to zero.  (Jay McDaniel, July 7, 2021)

​A Chinese Girl Discovers the Beauty of Mathematics

I spent the first five years of my life with her. I love my zero. In my deep memory, her face with closed eyes once was the warmest face in my life. She had no chance to see my face, but every time, when I came back to my grandma's house, she always held my hands tightly, with tears flowing out from her old eyes which she was never able to open. The zero of my grandma’s sister is not simply nothing. It is her love for me, her love of life, her love of everything.

When I grew to five years old, I went to live with my grandparents in a big city (my mother's side). I was malnourished at that time. I seldom ate food, except for oranges. My face turned out to be an unhealthy yellow. My grandma tried all the methods to coax me into eating more. Most of the time, when I put some food in my mouth, she would started to count numbers. When I swallowed the food in my mouth, she would say, "Good! Our little Dandan (my pet name) eats food so quickly, I haven't even reached five."

One day, I said to her that if she started from negative five, I will finish my food before zero. She was shocked at that moment, because I was only five years old and nobody had taught me anything about negative numbers. She took my advice. With her patience, my malnutrition was cured soon. To me, a negative number is very positive. It contains much sunshine. It is never really negative.

Then I moved to live with my parents in another city when I was around six years old. Because my parents were too busy to play with me, I spent most of my time with a tape which recorded lots of Tang poems. Instead of being recited by professionals, all the poems were read by children. There is one poem I liked so much.

River Snow: All the birds are gone in thousands of mountains. All the human trace is gone in ten thousand footpaths. There is an old man with straw rain hat sitting in a lonely boat. He fishes the snow in the cold river by himself.

The sharp contrast of the numbers in this poem makes the atmosphere more distinct. Every time I think about this poem, I myself will go back to these remote times, sensing the poet's sorrow, sensing the old time of my childhood. I think it is the beauty of number in poem, the strength of number, which can makes me smile, cry, or lost in thought.

I went to primary school when I was seven years old. I found myself in love with drawing. My parents sent me to the Children's Palace to learn how to draw pictures. On the enrollment day, hundreds of parents were crowded in front of the gate of the Children's Palace. When the gate was open, they all rushed into it. My mom was pushed over by the crowd, breaking her knees hard. Her hurt brought about an opportunity for me to sit in the front rows.

When I was in grade five of primary school, our math teacher encouraged us to enroll in a math competition. However, due to the limited quotas, only six students could represent our school, entering the competition. Due to the benefit of good performance in that competition, more than 50 students applied for it. I was one of them. We gathered in a special classroom everyday after class, spending around two hours studying for the competition. Our school organized an elimination test per week, the last two or three students would lose their opportunity to enter the competition in the end. I never had any hope for it, because I was always the fourth from the bottom. Though I was not eliminated this time, I thought to myself: "I may be out next time?" My teacher liked to chat with the good students after class. He seldom talked to me.

However, just because I learned math for its beauty, not for the competition, I became one of the six students. Finally, I got the highest points of the whole city in that competition. It is the first time I felt really proud of myself. Math gave me confidence.

Before I went to middle school, I chose to learn how to play the flute from a musician. She always flew abroad to perform, so in my eyes, she was a very successful person. I tried my best to talk to her in a respectful tongue and to perform well, when she checked my accomplishment of the practicing songs.

In the years of middle school and high school, I dealt with many math problems. I met a lot of very complex formulas, functions, theories, and math laws. However, to me, the most beautiful side of math lies in the simplicity of daily life.

To me, the footsteps of life are like a line of an unknown function. The beginning may be distant and indistinct, but the next step comes from my feet, accompanied by the beauty of math.

There is nothing that needs to be added to the beauty of your story. It tells a story that makes us all smile, the sunshine of a negative number, like the warmth of your grandma's sister’s hands. I simply want to add that, for people like me who interested in Whitehead, your story makes wonderful sense. You may know that Whitehead was a mathematician. He loved numbers, too.  He spend much time working out a philosophy of mathematics and geometry. But Whitehead also knew that the learning of numbers requires “romance” as well as “precision.” Romance does not mean romantic love; it means, instead, falling in love with ideas, being motivated to learn from them, allowing them to give you confidence that life can be good. Numbers were among your best teachers when you were a young girl. They still are. They were sacraments for you.

Whitehead also emphasizes interconnectedness. Numbers are not simply floating in the sky; they are woven into the fabric of our lives, in what we do and feel, see and hope. To be sure, they tell us about the objective conditions of the world; but they also speak to the subjective conditions of our souls. They can be friends in their own way. Good friends.

There is a mathematical tradition in the West called Pythagoreanism which saw the entertainment of mathematical objects – the act of reflecting on mathematical relations – as a religious activity in its own right. In considering these relations, said the Pythagoreans, we are exploring the very mind of the divine. Interestingly, Whitehead would agree. He believed that simplest yet most abstract of mathematical entities and relations are part of what make up the mind of God, and that when we explore them we are, in our way, exploring God. He spoke of these entities as eternal objects, and said they are “eternal” because they have a timeless quality. When these entities become combined in our minds with realities in the actual world, realities such as the notes of music, or the eating of food, they become what he called propositions or “lures for feeling.

Your story so beautifully shows how zero and negative five, as combined with your relationship with your grandma's sister and the need to eat, became lures for feeling in your own life. Indeed, they were lures for you to become your own true self: the best Vivian you can be. In Whitehead’s philosophy, these particular lures are the way that God is continuously present in people’s lives.  Whiteheadians call them “initial aims.” You experienced initial aims through numbers. God was present to you, so Whiteheadians believe, through zero and negative five.

But you didn’t believe in God then, and you may well have your doubts now, too. That’s your business, not mine. But what is clear to me is that you have a kind of faith: faith in the power of Vivian to become “Vivian.” Again and again, over and over, for the rest of your life. And this faith includes a faith in numbers. Hold onto it. Keep fast to it. Let numbers be your guide. You inspire others to do the same.