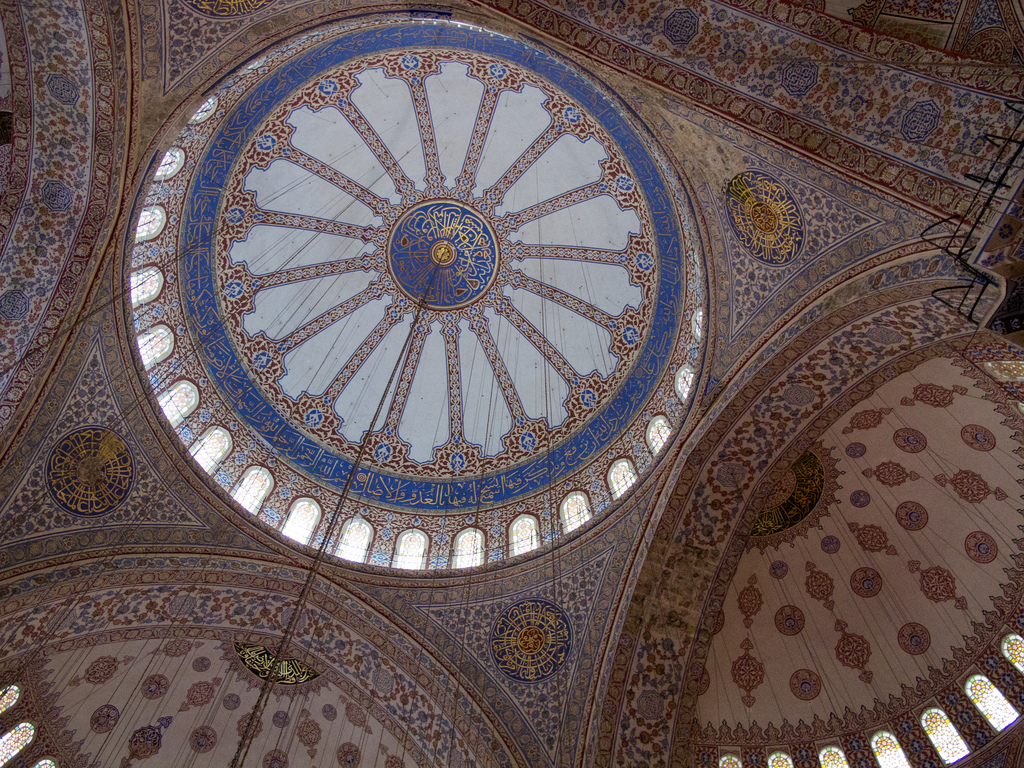 It's How We Think

​
The Need to Reevaluate and Reconstruct Islamic thought

As a human family, our times are disturbing in many ways: political dysfunction, economic disparities, environmental catastrophies, global climate change, and the debilitating effects of consumer culture.

The problems are intensified in Muslim countries, where new forces are being unleashed which are dangerous in and of themselves, including clerical authoritarianism.  However, these forces also provide an important opportunity for profound examination and self-criticism.  Instead of taking refuge in reactionary self-defense or brushing aside the discomforting realities Muslims are facing, Muslim nations will be better off by confronting the roots of evil and malady created fundamentally within themselves, and not externally “imposed” by Western powers, as superficially understood.  Hiding behind a screen of accusation – that the West is the prime factor in infecting the “Muslim world” with contagious diseases – will only waste precious time and further keep the Muslim body in a state of sickness.  The time for self-ownership - that is, for owning problems within our community -- is now.

The symptoms of these invisible diseases from which we suffer are manifold: chronic problems in ameliorating the scope for women’s healthy self-realisation, the difficulties in developing viable democratic structures, the inability to demarcate political power from the self-appointed controlling religious authority, the incapacity to establish tolerance, respect, and deep recognition of religious pluralism, the inability to halt discriminatory laws against religious minorities.

These invisible forces are born, not out of necessity or something intrinsic to Islam, but out of a Muslim failure to think faithfully, creatively and thoughtfully.  That is, the forces are not the inevitable effect of Islam as such; on the contrary, they are the result of an “act of cultural and intellectual suicide” - the cumulative result of distorted theological thinking and a dysfunctional culture that devolves from it.  Thus, to think that political, sociological, and economic programs alone can cure this inward sickness, is an inadequate way of viewing the morass in Muslim countries. It is of great importance to understand the fact that deeply existential issues ought to be addressed at the level at which they exist, i.e., theological-philosophical. Muslims must realize our external environment will not change unless a change is made in our inward lives. The Muslim philosopher Muhammad Iqbal expresses this truth in the following: “A new world cannot exist before its meaning is present in the conscience of men [human beings]”.

The alternative to inner change is illusion and self-deception: an embrace of unreality. The reality is that the vast Muslim public has internalised a culture of blind submission to outmoded theological understandings of Islam, propagated by religious dignitaries as ultimate and beyond critical scrutiny. Due to the misguided deification of these finite understandings, itself a form of idolatry, Muslim people are reluctant to grant their own conscience the right to question and think critically. This, then, tends to bolster mental servitude to the extent that even the higher consciousness in our relation with God must be sought through the medium of the sacred clerical elite. This deformed, regressive, and monarchical understanding of Islam is all too often the ordinary Islam of millions of Muslims in both Western and Muslim communities, causing too many minds to be held captive in self-made psychological prisons, silencing the skeptical and reform-minded people of good will and sincere faith who are searching for fresh interpretations of their intimate faith.

This failure to think critically and creatively is deeply un-Islamic.  Alas! How unlike the inner impulse of the Qur`an, a book which constantly appeals to independent reflection, creative activity, and the discovery of new vistas of life!  such is the situation in which we find ourselves today.  Contrary to the spirit of the Qur'an, the Muslim mind in its present condition and phase suffers from a lack of definite aim, and from an external machinery (read: Mullaism) which kills its innate vitality.  The dominant interpretations of Islam are pervaded by rigorous conservatism and thus can no longer provide adequate answers for the younger generation, who tend to possess a mental outlook differing, in important respects, from their predecessors. If Islam is to prove to be a constructive and emancipating source in our time, its interpretations ought to grow organically with fresh knowledge, fresh experiences and fresh challenges.

A sense of the future, and Allah's calling as experienced through future possibilities, is needed.  Much of the pathological condition in Islamic thought is due to the fact that our horizons are locked in the past rather than being in touch with our own realities and complexities, thus making past periods of Islam idols by holding onto finite interpretations as if they were infinite and eternally binding upon all unborn generations of Muslims. It is of paramount importance to raise the eyes above past narratives and to understand that the interpretative activity is not an accomplished fact, a thing finished with.  To the contrary, Islam ought to be, and needs to be, in perpetual development, of formation; the creative efforts to suit the fundamentals of Islam to shifting realities continues all the time.

In The Reconstruction of Religious Thought in Islam, Muhammad Iqbal) says that “a false reverence for past history and its artificial resurrection constitute no remedy for a people`s decay”. That is, the only effective approach that counteracts the agents of stasis, blind obedience, and immobility is a fundamental re-evaluation and re-construction of our religious heritage.  In order to carry out this necessary task of deep theological re-thinking, Muslim peoples need to foster environments conducive to creating room for a critical access to Islamic textual corpus. This can be achieved by a reform of the educational structures in schools, and in every teaching institution. The reform ought to be along the all-embracing principles of freedom, equality, human dignity, and social responsibility, generative of fostering democracy, equality of sexes, respect for diversity of visions and beliefs, deep consciousness for the non-human communities of life, and a critical approach to inherited modes of thought and behaviour. This is possible, not by taking refuge in our self-defensive mechanisms, nor by blind conformism, but, on the contrary, by challenging the monopoly of the clerical elite and religious institutions producing theologies of fear and spiritual darkness, obstructing the creative unfolding of the human ego, in fidelity to God, as a source of infinite possibilities. A critical re-reading is important in order to eliminate the dysfunctions of the interpretative models and further to propose new models of interpretation which can prove capable of ensuring respect for humanity and the environment. This is a profound transition which entails keen intellectual and moral stamina, in union with all sane and wise persons, with faith or no faith.

A deep re-thinking of Islamic thought will make it possible for Muslims to deal with their religion and its unfolding in space and time in a more reflective and responsible manner, provided the Muslim mind shakes off its dogmatic slumber. The Iranian philosopher Abdolkarim Soroush (b.1945) says that we need a critical re-reading of the corpus of Islamic texts and doctrines so that we can begin to “break free from the dogmas of the past which may have been relevant at a certain stage in Islamic history, but no longer.”  Muhammad Iqbal adds that human interpretations cannot claim any finality, as they are subjective and tentative interpretations open to revision and adjustment, corresponding to historical change and the mental outlook of each given community. He states in a categorical way that “the teachings of the Quran that life is a process of progressive creation necessitates that each generation, guided but unhampered by the work of its predecessors, should be permitted to solve its own problems”.

One authentic interpretation of the above-mentioned Iqbalian reasoning implies a distinction between the Qur`anic revelation on the on hand, and, on the other, the Islamic reality or orthodoxies that is produced out of it. Expressed in a different way, as the Qur`anic text is in itself open-ended and subject to a vast array of interpretations (textual polysemy), all orthodoxies developed within the historical unfoldment of Islam are not determined by the Qur`an.

Therefore, to move beyond conventional orthodoxies as historical constructs, its concrete laws, reasonings and practices, is not only permitted but a necessity. Thus, through a critical re-reading and a re-orientation of the prevailing religious thought in Islam, Muslim people might be able to make healthy and novel contributions to Islam and the world at large. In this way, Muslims might be able to restoring it its original evolutionary and humane outlook, and to their own historical context, promoting values and creative possibilities that might help people open horizons of compassion and novelty, thus creating multi-cultural, interfaith communities that are creative, spacious, compassionate, participatory, ecologically wise, and spiritually enjoyable, with no one left behind.
​
Farhan Shah, Muslim philosopher, Islam-consultant to the Center for Process Studies, Claremont, doctoral research fellow, University of Oslo
​
More articles by Farhan Shah
Open Horizons