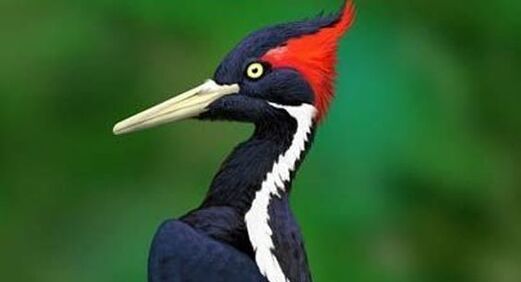 Sound of the Ivory Billed  Woodpecker
​

The ivory-billed woodpecker, which birders have been seeking in the bayous of Arkansas, is gone forever, according to federal officials. So is the Bachman’s warbler, a yellow-breasted songbird that once migrated between the Southeastern United States and Cuba. The song of the Kauai O’o, a Hawaiian forest bird, exists only on recordings. And there is no longer any hope for several types of freshwater mussels that once filtered streams and rivers from Georgia to Illinois.

In all, 22 animals and one plant should be declared extinct and removed from the endangered species list, federal wildlife officials announced on Wednesday.

The announcement could also offer a glimpse of the future. It comes amid a worsening global biodiversity crisis that threatens a million species with extinction, many within decades. Human activities like farming, logging, mining and damming take habitat from animals and pollute much of what’s left. People poach and overfish. Climate change adds new peril.
“Each of these 23 species represents a permanent loss to our nation’s natural heritage and to global biodiversity,” said Bridget Fahey, who oversees species classification for the Fish and Wildlife Service. “And it’s a sobering reminder that extinction is a consequence of human-caused environmental change.”