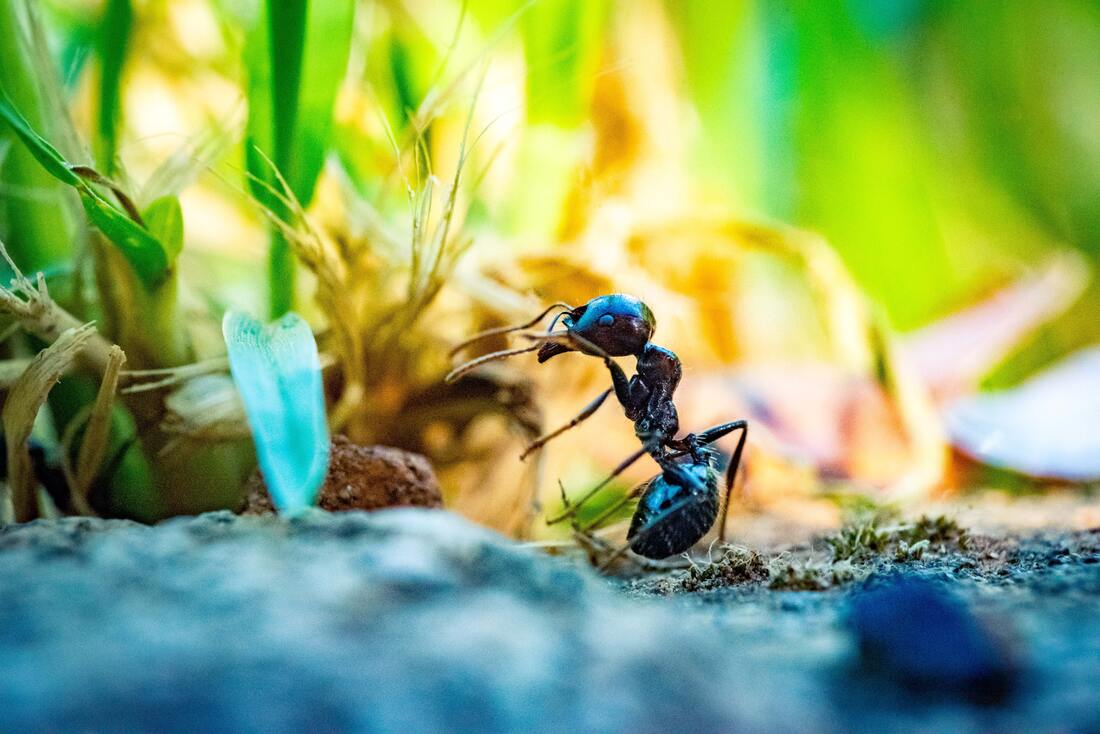 ​Is there a Place for Smallness
​in Process Philosophy and Theology?
​
Some of us are allergic to bigness.

Sometimes I worry that I am a bit allergic to global thinking and cosmic visions. They cover too much. They take the mind away from the here and now of the beauty of a garden, the mystery of a cloud, the joy of a single step, the face of another person.  Lost in an aesthetic of bigness, they forget the beauty of smallness.

By smallness I mean three things. I mean:


the spontaneity of particular things, on their own terms as they show themselves in the here-and-now, without being collapsed into, or explained in terms of, more general principles. I'm thinking of small things we see with our eyes, like ants and blades of grass, but also of specific feelings and emotions and ideas, like a feeling of sadness, or anger, or love.

specific local realities and local communities (families, friendships, villages, neighborhoods).  Here I'm thinking of the neighborhood in which I grew up in northern Kansas and my friends in school.

fragmentary, episodic, and unsystematic ways of thinking, like you find in the Analects of Confucius, for example, or in the poetry of Ezra Pound, or in haiku poetry - thinking that refuses to collapse individual thoughts into larger systems.

All of these are small in different ways - small but beautiful.  I wish that there were a little more of the spirit of smallness in process philosophy and theology.  Sometimes I get a little tired of systems, so much bigness. I also get tired of saying everthing is connected.  I want to focus my mind and heart on just this: specific nodes in the web. Buddhists call it tathata: the suchness of things.

Back, then, to my allergy.  My friends tell me that I better get over this allergy quickly, because now more than ever the world needs big thinking and grand visions.  They talk about a new and big worldview -- Whitehead's philosophy of organism, for example, or Jeremy Lent's Systems Thinking, or Brian Swimme's Universe Story -- that can explain things so much better than the old mechanistic worldview.  They say that new, organic worldviews are essential to a new world that can deal with "big" problems like global climate change, political dysfunction, economic inequities, violence and war, the patriarchal abuse of women, and white supremacy.

But I wonder if, hidden behind their enthusiasm for worldview, there might be a will-to-power, a will-to-moreness, a desire to frame things in their own ways, that is part of the problem. I wonder if the world might not be a better place if sometimes people would shut up and breathe. Or, as Blake would have it, find heaven in the wildflower.  Or the single, small ant.

So I ask you: Is there a place for smallness in the process movement. Might an appreciation of smallness balance the bigness and contribute to a more organic process theology?  Can't we have both?  The big and the small, each relativizing the other?

You are so right.  I say this as one who appreciates "the process worldview."  But I, too, sometimes feel allergic to it, especially when process philosophers and theologians imply that everything important and insightful can be "derived" from it.  Or that all good things "flow from it."  Or that everything can be "explained" by it.  It can seem expansive or integrative, but I find it suffocating.

As it happens, I think Whitehead might agree.  After all, his ontological principle points in the direction of what you call the spontaneity of the particular.  And he doesn't really point to a world in which everything is swallowed into a larger whole; instead he speaks of a world in which the whole is, as it were, found within each and every thing.  In each moment of concrescence, to use his language.

But I don't want to respond to your letter by suggesting that, after all, what you say is "Whiteheadian," because that would suggest that, in the world of process philosophy and theology, all things must point back to a worldview.  I want to say instead that process philosophy and theology need your voice and that the process movement will itself fail to speak to many people like you, if it makes a god of "metaphysics" and "systems thinking" and an "organic worldview."

With you I say: "Let there be both bigness and smallness, and let each complement and correct one another without being reducible to the other."   A process way that is at home in smallness as well as bigness is truly an integral perspective.  It doesn't just connect all things into something more, it highlights the beauty and integrity of each particular.  It invites into the world of just this.

​The Problem of Grandiosity
​