in conversation with Jay McDaniel 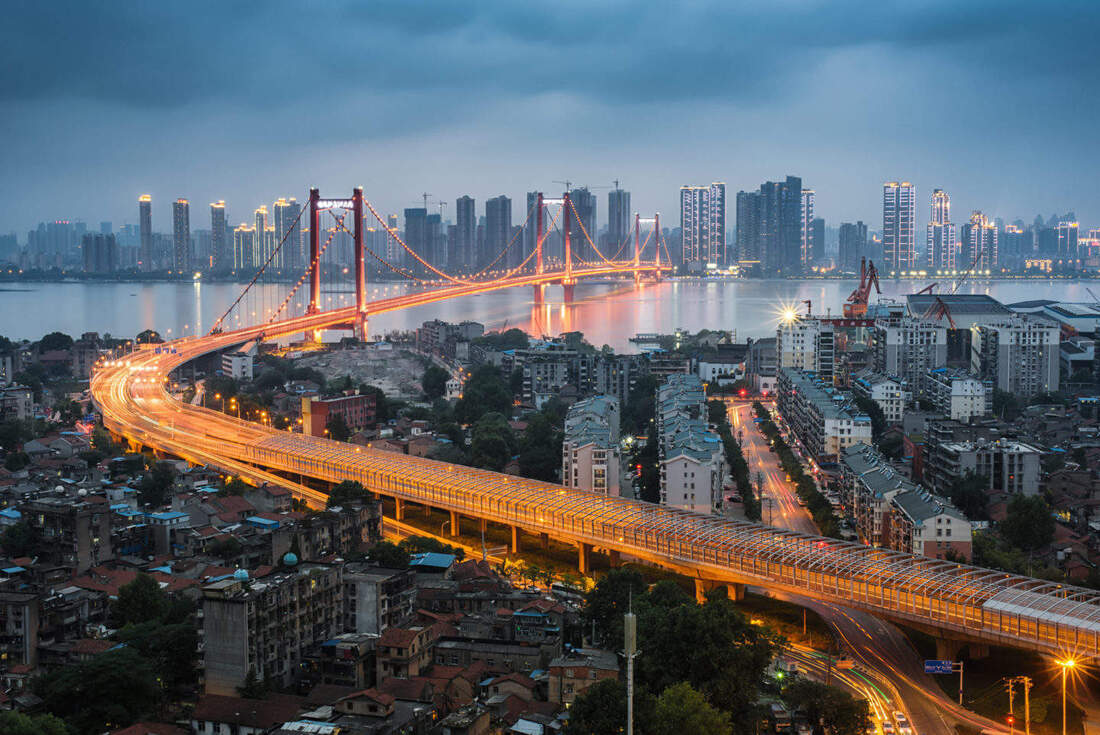 More by Xie Bangxiu
​For most Chinese students, learning English is like taking a walk in a forest, filled with pleasures and perils.  The perils are the problems they face.  My task as a teacher is to help them take that walk.  The most gratifying moments are when I watch them, step by step, walk out of their problems, confusions, frustrations, disappointments, indifference, lack of confidence, misery, and even hatred, and make some progress everyday.  Gradually, when things are going well, they feel appreciated, respected, successful, more important, and thus happier. And in the process of their transformation, I myself am growing up with them, and sharing with them their achievements and happiness.  I am walking in the forest, too.

Today’s story is about a fifteen-year-old girl -- let me call her Jiajia -- in her third year of junior high school, who is from a single-parent family, living with her father.  He is, as far as I can tell, a very responsible man who cares about his daughter deeply.  Her parents got divorced when she was about five years old, and as is often the case, she felt left in the dark, feeling fear and a sense of being abandoned.  She could not understand why her mother did not want her any more. And all through her childhood, for about ten years, she never felt safe, fearing that her father would also disappear from her life.  On the father’s part, he loved, and loves Jiajia so much that he refuses to remarry, for fear that she might be ill-treated by a step-mother.

However, no matter how tough life was to Jiajia and her father, she had to go to school and receive education.  But she had great difficulty concentrating on her studies at school.  In order to relieve her of her misery, her father tried every means to make her happier and to discover her special interest and talents. She was sent to learn painting, calligraphy, playing the piano, playing drums, singing, and dancing, etc. It turned out that she loved, and loves music.  She was and is happy when singing and dancing, and has become fairly good at singing and dancing now.  Thanks to her father’s never ceasing efforts, thanks to music, singing and dancing, she gradually went out of the dark in her mind, and began to feel thirst for knowledge and for learning.

Nevertheless, Jiajia and her father had to face one cruel fact.  She nearly failed in all the school subjects, and she had to make up for all of them, for to go on learning in senior high school, she had to pass the senior high school entrance examinations. Her father could manage to help her in other subjects, but he could do nothing to help her in her learning of English. Eventually, they turned to me for help.

At our first meeting, she told me that English was her headache. Although she has had English lessons for about nine years (from her first year in primary school), she nearly knew nothing about the English language, except for the spelling of the 26 English letters.  I had a look at her textbooks and notebooks, finding that her textbooks were clean, with nothing written by her; while her notebooks were filled with careful notes written beautifully. I appreciated her beautiful notes, but she did not seem happy about that at all, because, she said, the notes meant nothing to her, she didn’t understand a thing in it. She could not understand what the teachers taught in class, and she was never able to respond to the teachers. The only thing she could do in the English classes was to copy down what the teachers had written on the blackboard, as if she was practicing her handwriting. What she did know about English, by copying notes, was large numbers of different terms of English grammar, such as “现在进行时 (the present continuous tense)”, “比较级(the comparative degree)”, “被动语态(the passive voice)”, “物主代词(possessive pronoun)”, etc., but she didn’t know what they meant. The terms were only a mess of meaningless symbols to her, putting her in total confusion. Whenever she thought of English, she felt a headache. She suspected that she might never be able to learn English well, and was very sad about that. But she told me she wanted to learn it well very much, so she agreed with her father to come to me for help.

I told her I thanked her for her trust in me, because she came to me when in difficulty. She was surprised at my words. I told her she was smart and I believed she could learn English well, because she managed to learn singing and dancing well. She felt acknowledged and became happier. And I told her English is not difficult to learn if she really wanted to learn it and learn it step by step patiently and persistently. If she could do so, even those meaningless grammar items in her notes would become meaningful and interesting, and could be very helpful in her future learning. On hearing what I said, she became curious and appeared eager to start.

I told her that everything in the English language is in a family, in a related system, with its own structures and starting point. I suggested that we start from where she was, the right place to her --- the very beginning of English, the letters and phonetic symbols. She agreed. When we were together, I spoke softly to her, appreciated every small achievement she made. I tried to relate things in English, such as letters, phonetic symbols, and grammatical examples, with people and things she loved and knew well, such as her father, musical notes and the way they work in music, singing, and dancing, etc., letting her know that her learning of English was related to her hobbies, to people and things she loved, and to her own life.  I did not urge her when she was silent, and gave her time to think, reflect and integrate. I taught her a little every time, making sure that she understood what I said, and left her ample time for practice in oral and written English. I accompanied her in the practice when needed. I discussed with her about our teaching and learning plans, listened to her ideas, needs and demands, and we made decisions together as to what to deal with when we meet next time…

We spent our time in this way for about two months, with her coming to me once every two days, each time about 2 to 3 hours. We both often forgot about time, absorbed in the joy of learning and teaching English, to be more exactly, fallen in the joy of playing with English together. What we did together turned out to be effective: time after time when she came back to me from school or from home, she told me: she could write down words according to their pronunciation; she could memorize words more quickly; she began to understand what her English teacher was saying in class; she became able to respond to her teacher and peers in class; she could follow the teacher and the textbooks better; she was praised by her English teacher in class for her diligence and obvious progress; she knew more whys and hows of grammar items… and, as a matter of fact, she has fallen in love with learning English with me, and at school as well. More importantly, she has become a much happier girl in her life.

You can imagine how happy I was, and am, at her inner transformation. How can I say no to such lovely children, to such willing seekers for wisdom in English and in learning English? How grateful I am to English, and to my having the opportunity to teach English!

The first thing that is so clear is that you approached this young girl as a whole person.  You knew about the circumstances of her life, you met her father, you realized that she was more than a “student.”  And in a certain way, she discovered that you were more than a “teacher,” too.  You had a human to human contact.  She was able to open up the way she did, because you cared about her.  I know that in China and in many parts of the world, young students are not always approached as whole persons.  The classes are so large, and the demands so pressing on teachers, that this is not possible.  But what is clear is that, with your personal touch, she was transformed.

The second thing that rings true to a Whiteheadian oriented thinker is your capacity to see connections between her joys and her possibilities.  She took joy in music and dance.  You found the place where there was gladness in her heart.  Good educators pay special attention to these places, not only because they are valuable in their own right, but because they are the place from which learning proceeds.  You know Whitehead’s idea that education unfolds with three movements: romance, precision, generalization.  “Romance” is the place where a student falls in love with a subject.  Jiajia had fallen in love with dance and music.  You found this emotion in her – this “subjective form” to use Whitehead’s term – and you helped her “generalize” it to another subject: the English language.

The third thing that is impressive about this story is your own creativity and patience.  It began when you realized that she was trapped in what Whitehead called “inert ideas.”  Inert ideas are ideas which are lifeless for the student.  They have no meaning and no context.  For Jiajia, one of these inert ideas was: 现在进行时 (the present continuous tense).”  Of course for some people this idea is not inert at all; it is very interesting.  But that is because they have first fallen in love with the subject matter.  They had romance.

Jiajia had none of that.  She had no romance with English.  But somehow you, with your creativity and your patience, helped her start from the very beginning, with ideas that she could understand.  And you walked in the forest with her -- side by side.  And in this walking you listened to her ideas.  It is likely that she had never been listened to in quite this way.  That’s the Whiteheadian spirit.  Call and Response -- Response and Call.

Jiajian loved and still loved dancing.  You helped her dance with English, too.  She sensed that you dance with this language as well.  You made music together and, along the way, she discovered her own potential as a music maker.  Don’t we wish that all students could have this kind of experience?  In a way, isn’t that part of what life is all about?  What other purpose can there be to life besides dancing?