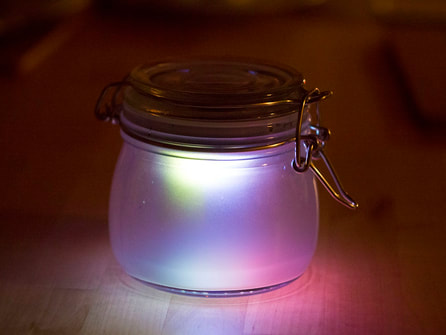 I entered college with plans to major in physics. Although I ultimately decided that I was too much of an extrovert to devote my life to being a research physicist, I did end up spending most of my college career in the classrooms and labs of “science row”—the physics, biology, and chemistry buildings that all stood side-by-side. Of course, these areas aren’t typically known as romantic hot-spots on college campuses.  So I ended up with a crush on someone from a completely different part of the university. My only problem was figuring out a way to actually meet this person face to face.

Then one night my next door neighbor knocked on the door of my dorm room. She worked for the Duke Chronicle—the campus newspaper—and had been assigned to interview my crush for an article. Like good friends do when they’re looking out for one another, she asked if I wanted to participate in the interview. I immediately replied “Yes!”  I fixed my 80s hairstyle, put on some cute clothes, and made my way to the other side of campus.

This wasn’t a costly move. It might not have been in the best interest of the campus newspaper, but it was just a light-hearted action carried out in the spirit of a dare. And it was based on a superficial crush, not deep love.

But there are times when we are moved to spontaneous outpourings of real love that are costly; we’re moved to actions that do demand sacrifice and do carry profound consequences. And sometimes when this happens we don’t stop to calculate the cost. Maybe our heart is bursting at the seams with so much love, compassion, gratitude or simply awe that we can’t be bothered with the intellectual distance needed to ask all the practical, socially-aware questions, like…  Is my response absolutely out of proportion to the situation at hand? Am I crossing all acceptable boundaries of caution, restraint, and “playing it cool”? What if my gift is rejected, ridiculed, or ignored? Is this the best use of time, money, or emotion? Or is this outpouring of love totally oblivious to the larger moral context?

Sometimes none of these questions seem important in the moment. Sometimes the sheer power of our emotions bypasses our brain such that the heart is left to its own devices. The end result: love pours forth without us ever calculating the cost, weighing the risk, determining what’s practical, or developing a moral hierarchy among all possible responses. And this is exactly what we see in the twelfth chapter of the gospel of John.

It’s six days before the Passover and Jesus’ friends in Bethany are giving a dinner for him. Martha’s serving. Lazarus is with him at the table. Mary takes a pound of nard—a perfumed ointment that would have cost a manual laborer a year’s wages—and anoints Jesus’ feet, wiping them with her hair. Judas Iscariot pipes up and demands to know why the ointment wasn’t sold and the money given to the poor. Although the gospel writer tells us that Judas was more concerned with getting his hands on that money than he was about the poor, I think Judas might also have spoken out of his own discomfort. The love Judas witnessed that night most likely made him nervous.  Extravagant, intimate, over-the-top generous acts of love have a way of doing that to most of us.

Maybe it made the evangelist John nervous, too. Because when the gospel writer preserves this story for future generations, the motivation becomes more theological, more proper. The motivation is loosed from Mary’s heart and partially relocated to her head. Early Christians looking back at Mary’s act saw in it preparation for Jesus’ burial, or maybe the anointing reminiscent of the kings of ancient Israel. And perhaps Mary did know some of what lay ahead for Jesus in the coming week. But I doubt she foresaw it all. I also doubt that Mary stepped back, surveyed the situation, and then decided that this particular occasion warranted a year’s wages in nard. Extravagant generosity just doesn’t work that way. It isn’t based on a system of merit; it isn’t meted out with a goal of proportionate reward.

Instead, generous acts of love are born out of experiences of grace. For Mary, maybe it was profound thanksgiving for the resuscitation of her brother Lazarus, or love experienced in deep friendship, or compassion for one who was beginning to seem weary from all the conflict that followed him wherever he went. Or maybe, just maybe, Mary’s lavish act of love was a natural response to the love revealed in Jesus—a love that is not self-conscious, a love that doesn’t calculate the cost, a love that isn’t based in reciprocity, a love that flows freely out of the deepest part of one’s being.

Now I don’t know how much Jesus explicitly understood about his own mission. Our tradition holds various viewpoints when it comes to this issue. I do believe, though, that when Jesus was confronted with a person with leprosy, or standing face to face with a woman accused of adultery, or enjoying a dinner with his closest friends, he didn’t step back and calculate what effect his actions would have on his larger mission. Instead, he acted freely in that moment, out of compassion, tenderness, love, and a sense of solidarity with those around him.

We often think of God as having calculated what it would take to save the world and as having followed that plan through with precision, no matter what the cost to God’s own self. And this is one image of divine love. But we lose something if this is our only image of how God’s love operates. Because in Jesus we clearly see another facet of God, another image of divine love.

Alfred North Whitehead found in the humility of Jesus an image of divine love that “dwells upon the tender elements in the world, which slowly and in quietness operate by love; and it finds purpose in the present immediacy of a kingdom not of this world.  Love neither rules, nor is it unmoved; also it is a little oblivious as to morals.  It does not look to the future; for it finds its own reward in the immediate present.”[1]  In other words, we see in Jesus something of the divine nature that, in each moment, is moved to act freely in love, compassion, and tenderness.

Cynthia Bourgeault describes the extravagance of Jesus’ love in this way: “[Jesus] came and [Jesus] went, giving himself fully into life and death, losing himself, squandering himself, ‘gambling away every gift God bestows.’ It was not love stored up but love utterly poured out that opened the gates to the Kingdom of Heaven.”[2] It was a love unmarked by rational distance, a love not constrained by rigid moral dictates. And it was costly, for every generous act of love that poured forth from Jesus brought him closer to the ultimate gift.

All the spontaneous outpourings of love that marked Jesus’ entire journey brought him ultimately to what the Church has come to see as his mission all along—they ultimately bore witness to a life and love stronger than anything, even death. Perhaps that unity of purpose between the immediate moment and the future—between the spontaneous action and the cosmic plan—rests in the abundance of God, in the infinity of God. But as finite creatures, we often do feel a tension between spontaneous outpourings of love and our larger moral context.

We know that to be moved to give all we have to someone burdened with huge medical debts may mean that our own children do not receive the care they need. Giving several dollars from our pocket to one person in need on the sidewalk may mean we will not have any cash remaining when we reach the fifth person. As a physician, nurse, priest, or teacher, staying late at work to meet the needs of others may mean that our own families feel undervalued and in need of attention. Buying a huge new stained-glass window for the church may mean cutting corners when it comes to the nursery or outreach programs. As limited, finite creatures, we live in this tension between spontaneous extravagant outpourings of love reminiscent of what we see in the life of Jesus and measured responses that conform to a broader moral context.

What, then, does Mary’s extravagance say to us? One chapter after this passage Jesus washes the feet of the disciples and tells them to do the same; it mirrors Mary’s act of love. So, is Mary’s costly gift and the lavish way in which she bestows it meant to say something to us about what it means to be a disciple? Is it meant to draw us out of the self-righteous stances we use to distance ourselves in uncomfortable situations? Does it remind us that love “is a little oblivious as to morals”? Does it balance our often overly prudent, calculated way of approaching the world? Does Mary’s unrestrained act empower us to likewise pour ourselves out in compassion for the poor that Jesus tells us will be with us always?

Yes, yes, yes—to all of these. But most of all, Mary’s wildly indulgent gift anticipates Jesus’ own even more extravagant gift, which is itself the inevitable outcome of a whole life lived without calculating what love costs. It’s a way of living that leads to the cross and beyond. We will not love this way in every moment; there are many things that cause us to draw back. But when this kind of love pours out from us quite naturally, without the need to rationalize or name an intended goal, then and there we experience the freedom of heaven.