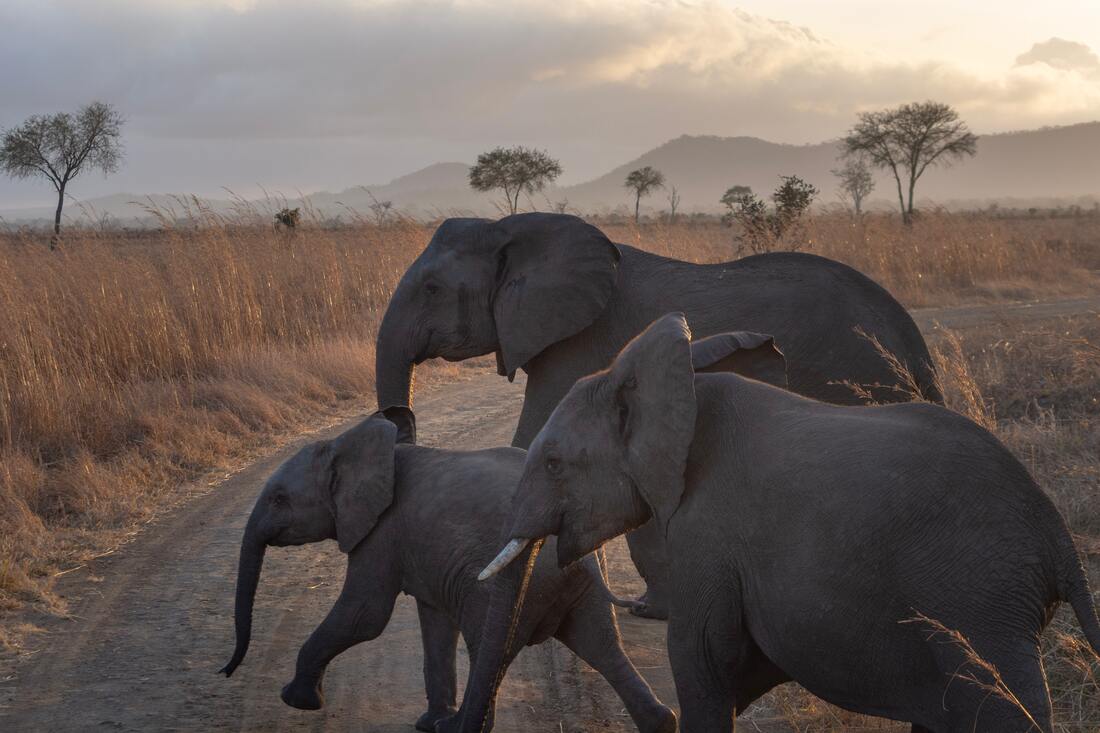 Photo by Andrii Ryzhkov on Unsplash

​Can a Christian be a Buddhist, Too?

​In my twenties, when I was the English teacher for a Zen Master, I realized that different religions can be oriented around different ultimate realities. You can read about that experience here: Can a Christian be a Buddhist, Too? I entered my friendship with my Zen friend, Keido Fukushima, assuming that he and I were ultimately about God. I expected him to stretch my mind and expand my understanding of God, but assumed that “God” was what we, he and I, were interested in. In time I realized that he had a different kind of ultimate, indeed a different ultimate: namely the here-and-now as lived from a no-self perspective. I could call this “God” if I wished, but this would be a disservice to him. I needed to hear his ultimate reality, not mine. I grew to appreciate a perspective I found in process theology, namely that there can be different ultimates, each real in its way, of which God is one. This page has its origin in that experience.

​The page is also indebted to a book by Bruce Epperly, called The Elephant is Running. I like the book very much. I wish Bruce had titled it The Elephants are Running, because I want to present a multiple ultimate perspective. But the heart of Bruce's book is in listening to people of other paths and learning from them, humbly and kindly. His is a wise and loving book. He exemplifies the spirit in which we can all approach a world with many forms of beauty and wisdom. One elephant or many? Let there be both perspectives: one and many. And let there be some who say there are no elephants at all. In the beginning is the listening.

Appreciating Multiple Ultimates
as a Wise and Loving Option

Many things are ultimate in life: the interconnectedness of all things, the creative abyss from which all things emerge, the intrinsic value of life, the cosmic Bodhisattva (God) in whose heart the universe unfolds, the absolute fact of the here-and-now, and the impermanence of all things. Impermanence is what Whitehead calls the "perpetual perishing" of subjective immediacy. This perishing, too, is ultimate. It cannot and need not be escaped. If we are to live lightly and gently with one another, we must make our peace with impermanence: the transition from present to past.

A wise person has awakened to these various ultimates and lives with grace and kindness. This person knows that all things are connected to one another; that there is a loving presence at the heart of the universe in whom we can place our trust; that all things emerge as spontaneous (self-creative) events from an formless Emptiness that is neither good nor evil; that each and every living being has value for itself as well as value for others; that the present moment is the ultimate reality of our lives even as it is different at every moment; and that impermanence is inescapable, "nothing stays the same."

These ultimates are ultimate in different ways. The interconnectedness is ultimate as a metaphysical principle exemplified anywhere and everywhere, without exception. It is the inter-being and mutual becoming of all things. On the other hand, the creative abyss is not a principle but rather the formless and non-preferential creativity of which all things are self-expressive actualizations. It is manifest in all events, happy or sad, violent or peaceful, in two ways: as the sheer innermost activity of each actual entity and as a transition from present to future. The cosmic Bodhisattva or God is a compassionate love (open and relational theologians speak of it as kenotic or self-emptying love) who seeks the well-being of each and all in a luring way, and who preserves the memory of all beings as their immediacy passes away. This Bodhisattva is not merely one creature among creatures but rather the inclusive creature, the cosmic Self, who is the lure toward beauty.  God is a supreme expression of, not an exception to, interconnection. The here-and-now is the sheer and irrevocable happening of immediate experience, however temporary, on its own terms and for its own sake. Whitehead calls it subjective immediacy. And impermanence is the perishing of this immediacy as new events as it becomes past and new events take its place.

One Elephant or Many Elephants?

Consider the idea that the Divine Reality is like an elephant that different people touch from different points of view. The idea lends itself to the view that there is indeed one ultimate reality with many points of experiential access. If indeed the elephant is another name for reality as such, then the metaphor is fine. We might add, with Bruce Epperly in his book The Elephant is Running, that the elephant is running: that is, moving and changing. At least we cannot grasp it as a fixed object.

But if we think of the elephant as God, then we are wrongly confusing one of the ultimates noted above with all of them. It may better to say that there are Many Elephants: that is, many ultimate realities.

These ultimates are connected to one another but not reducible to one another. Naming them "God" does a disservice to those who believe in God as force for goodness and beauty in the universe, but don't see God as manifest in violence, cruelty, hatred and injustice. It also does a disservice to those who are sensitive to the other ultimates, but agnostic about God. To avoid these liabilities, it can be better to speak of many elephants.

This way of speaking is not for everybody. Many people find strength in focusing on one or another of the ultimates, or some combination of them. The world's religions tend to focus on one of them and encourage people to do the same, with the possible exception of polytheistic traditions that incline people toward an appreciation of multiplicity.

And yet, as we become more and more aware of the multiplicity of religious and cultural traditions in the world, each with its beauty and each with its limitations, it may be helpful for many among us to suggest gently that there is wisdom in being sensitive to multiple ultimates. Such a way of speaking - I'll call it the many elephants perspective - can help us listen to others, and learn from others, without assuming that they are "about" what we are about.  Indeed, if we wish, we might imagine some additional realities that are ultimate in their ways: for example, a realm of pure potentialities that are co-eternal with God, or a realm of energies and intelligences in the collective past of the universe.

Here's my point. A many elephant orientation makes space for multiplicity, diversity, and mutual transformation, honoring the integrity of different points of view. And, in my view, it is resonant with the very nature of reality, which does indeed consist of many realities that are ultimate in different ways.

The best way to proceed, I believe, is to stop using the word "ultimate" for a time and simply listen to others as they tell their stories and live their lives. At some point you might ask them what is most important to them, and if the situation is right, you might even ask them how they understand themselves, the world, and the universe. You may hear in them one or another of the ultimates named above. You may hear about one or another of the elephants. You will follow the lead of Bruce Epperly in his The Elephant is Running, an excerpt from which you will find below. This is his path: listening.

True, he speaks of one elephant - the living Divinity of our spiritual traditions -  that is found in many different ways. And he suggests ways in which the tradition with which he identifies, Christianity, might contribute to them. But this is fair game, and Christians such as Epperly are eager to learn from other traditions, too. My suggestion is that, in some circumstances, a many elephants (many ultimates) perspective can be very helpful in that learning.

But the key, which Epperly well exemplifies, is to listen to them, share with them, and learn from them. For a time at least, forget the elephants; forget the question of "who's right and who's wrong about ultimate realities."  Just listen and share. In this listening and sharing there will be understanding and connection: itself one of the ultimates. It is this kind of transformation toward which Epperly's book beautifully points. 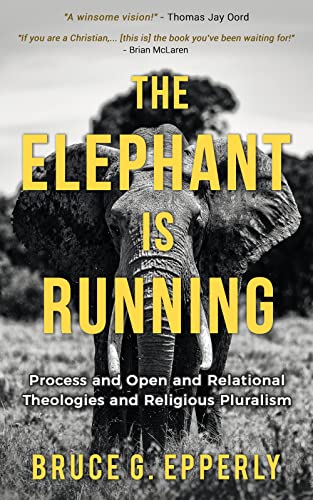 ​"For over twenty-five hundred years, South Asians have shared a parable about the quest for spiritual truth. According to the story, a group of sight-impaired persons hear that a curious animal, one they have never encountered before, has been brought to town. None of them are aware of its shape and form. Though they cannot see this strange animal, rumored to be an elephant, they want to feel it.

Led to the elephant, each begins to touch this mysterious beast and reports their impression of the kind of creature it is. The first person, who caresses the trunk, asserts, “It must be a snake.” One of his companions, whose hand reached its ear, describes the beast as being like a like a fan. Another companion, who took measure of its leg, announces that the creature is a pillar, resembling a tree trunk. A fourth investigator, pushing against the elephant’s side, exclaims, “It’s a strong wall” while his neighbor, who felt its tail, determines that it is a rope. The sixth explorer ran his hands up and down the elephant’s tusks, stating that the amazing creature is sturdy and smooth, and possibly a spear.

​Each investigator imagines that the part of the elephant they touch is descriptive of the whole creature. Each of the sight-impaired persons is, to some extent, correct in their description, but none of them fully understands the reality and complexity of the creature that has captured their attention. Perhaps deep down, each of them knows that there is more to the elephant than they can sense tactilely. Historically, the parable has been employed to describe the quest for truth along with the nature and limitations of religious experience and our descriptions of the Holy.

The parable affirms the complexities of the spiritual adventure and advises spiritual pilgrims and theologians to be humble in expressing their faith. The elephant is always more than we can imagine. The Divine always defies complete definition. All perspectives are finite, and although they reflect something of the Divine, none of them are final. The wise seeker can never assume that they can experience the fullness of the Divine or that their neighbors are entirely wrong in their descriptions.

​Today, we might update the parable to describe persons who are blindfolded rather than sight-impaired, not only to avoid any tincture of ableism but also more aptly to describe the fact that everyone’s spiritual vision is limited by choice, experience, and culture. We are like the people described in Plato’s cave, who behold the shadows on the cave’s wall, and assume shadows to be the full truth until we encounter the brightness of the sun. The truths we have received from others, including the religions of our childhood, both inspire and limit our perception of the world. We have also chosen to accept, and witness to, certain truths, often unaware of their limitations, and have, at times, seen our faith tradition as the only true or the most direct path to salvation or human wholeness. We have mistaken the part for the whole and neglected to admit that the elephant, and the Divine Reality, might be more complex and multi-faceted than we have thus far experienced.