​The Analects of Process:
Reflections on Mencius and Xunzi

Mencius and Xunzi were both great thinkers and philosophers in ancient China, whose ideas and analects have had deep and wide influence on Chinese.  However, their points of view are very different.  Our friend, a university professor in the United States, Dr. Jay McDaniel, is going to answer the questions that are the most often proposed by students.  Influenced by a tradition called process thinking or, as we speak of it in China, constructive postmodernism, we might call it "the Analects of Constructive Postmodernism" or "the Analects of Process."
​Q: Dear Dr. McDaniel,

In our classes we have been reading about the ideas of Mencius and Xunzi.  Mencius believed that the nature of human beings is good and they are influenced largely by the environment; while Xunzi claimed that human nature is bad and that regulations and rules must regulate their behaviors.  We cannot not reach consesus on this, so could you share your ideas about this issue? We live in a time where, in China, we are seeking to reclaim the wisdom of our own traditions, after having been seduced into thinking "modernity" and "tradition" are antagonists.  We seek ways of affirming both.  Can you offer some ideas from a process or Whiteheadian point of view?  Thank you.

What a nice request.  We in the West have much to learn from Mencius and Xunzi, too.

I think they are both right!  As a process thinker, I do not think we are born into this world as blank slates.  Rather we are born with innate capacities for aggression and for compassion, for greed and for generosity, for harming others and for helping them.  These capacities have emerged over long periods of time and are encoded within our genes.  I find the traditional Chinese image of yin-yang a helpful image for understanding the human heart.  It is wrong to say we are either good or evil.  Rather we can be both. 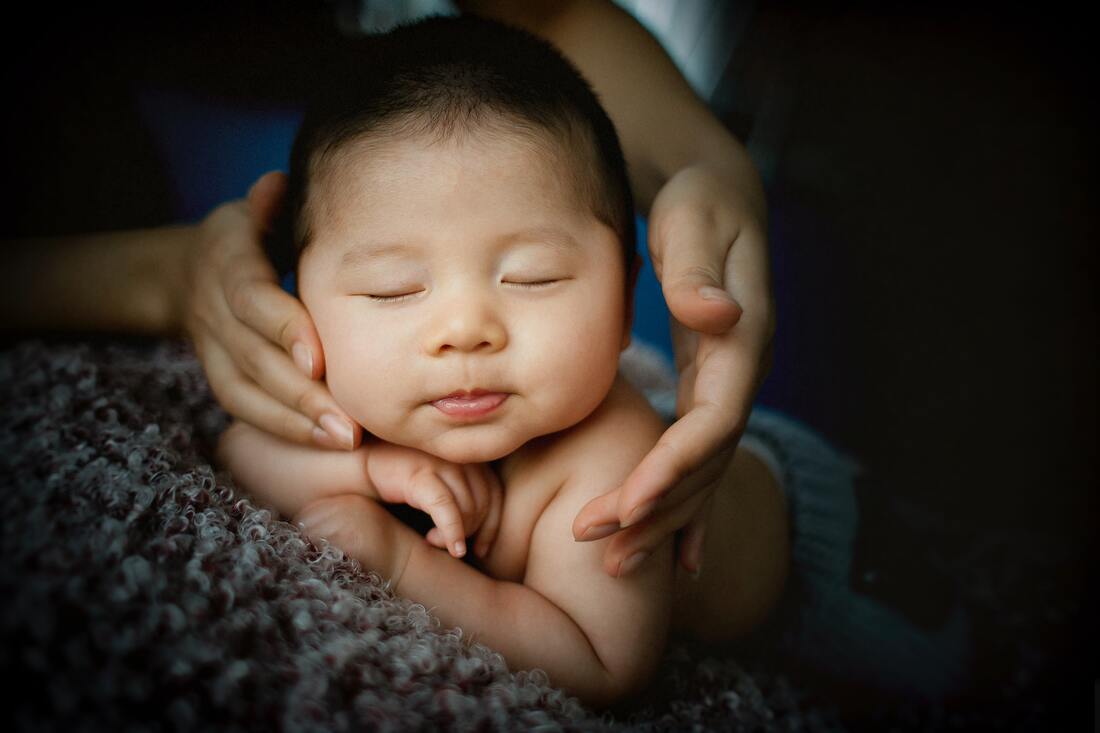 Photo by Chiến Phạm on Unsplash
Infant Purity
​
Additionally, I believe that, as individuals, our minds and hearts are changing over time.  This means that there is something problematic about the simple question: Are human beings good or evil?   The truth of the matter is that sometimes we are good and sometimes we are evil.  At one stage in our lives we may give sway to the aggressive aspects of our personalities, and at another stage the more compassionate natures.  Our lives are journeys and we ourselves are changing along with them.  It is important for us to recognize that even "evil" people have potentials for goodness which, under certain circumstances, they may realize; and even "good" people have potentials for evil which, under certain circumstances, they may fall into.  If we think of "human nature" as the very core of a human being, then we must quickly add that each person's "human nature" is a developmental process.  A person's human nature may be good at one point in his life, and bad at another.  And if the aim of human life is to become fully human in the best of senses then we are always "becoming human."  Confucius realized this.  He saw life as an ongoing process of self-cultivation with help from others.

Nevertheless, it seems to me that when we are born, we also have a purity in us, an innocence.  The capacities for good and evil are encoded in our genes are only that: capacities or tendencies.  The Western philosopher and theologian, Augustine, said that we are born with original sin.  I disagree.  I think we are born with original purity. This is the wisdom of Mencius.  But things change.  The cultures into which we are born, the circumstances of our early childhood, the presence or absence of mentors, and the historical conditions we face will catalyze or actualize the tendencies.  If a child is born into an abusive family, in which he is beaten mercilessly by his parents, then these circumstances will naturally lead him to be distrustful of others and to feel like he must "fend for himself" in this world.  It may be harder for him to feel compassion for others than, say, a child who himself experienced love from his parents at an early age.   Who we end up becoming as human beings -- and we are always becoming -- depends not only on our genes but also our environments.   Mencius recognized the need for our innate dispositions to be "cultivated."  I think he was right.  And Xunzi recognized that, sometimes, governments must enact rules and regulations that help prevent our potentials for brutality from running wild.  I think he was right, too. 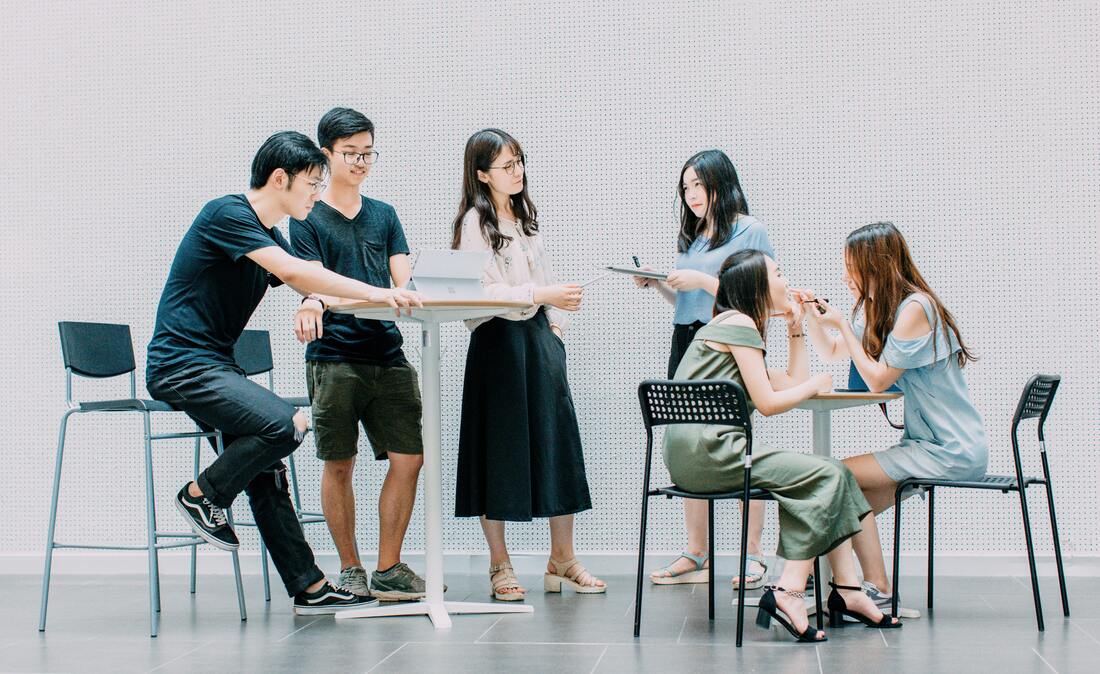 Photo by Akson on Unsplash
Genes, Circumstances, and Decisions

In addition to these two factors -- genes and environmental circumstances -- there is a third factor that helps determine who we become: namely the decisions we make, consciously and unconsciously, as we live our lives.  Imagine that child who grew up in an abusive family.  Imagine that, when he became a father, he was tempted to abuse his children, too.  But imagine that, at one point, he felt the call of conscience, and decided to treat his children differently.  And imagine that he even decided to forgive his parents, realizing that they did not know better.  His decision to treat his children kindly, and to forgive his parents, was not pre-determined by his genes or by his surroundings, though it was influenced by both.  Still, in the immediacy of his life when he became a father, he himself decided to actualize the better side of his innate potential, and thus cut off the other side.  This is the root meaning of the word decision: to actualize some possibilities and cut off others.

I hope my answer here is not too frustrating.  We humans sometimes like to think in terms of binaries.  People are good or they are evil.  And when we think this way, it sometimes becomes easy to look at others -- people whom we find different or strange -- and say that "they" are evil while "we" are good.  I think it is much healthier to say that we are all mixtures of good and evil impulses, that no one is entirely pure after birth, that we all fall short of a perfection we might seek, but that everyone has some good within them, worth affirming.  And when we add that we are all becoming, we then realize that so called "evil" people who have done bad things, are never reducible to their past decisions, nor are we reducible to our own past decisions.  In the immediacy of each moment, say the Buddhists, there is the mysterious capacity for choosing who we will become in that moment.  We are free, if not in terms of our outer circumstances, then at least in terms of the attitudes we take.  This freedom, too, is part of our human nature. 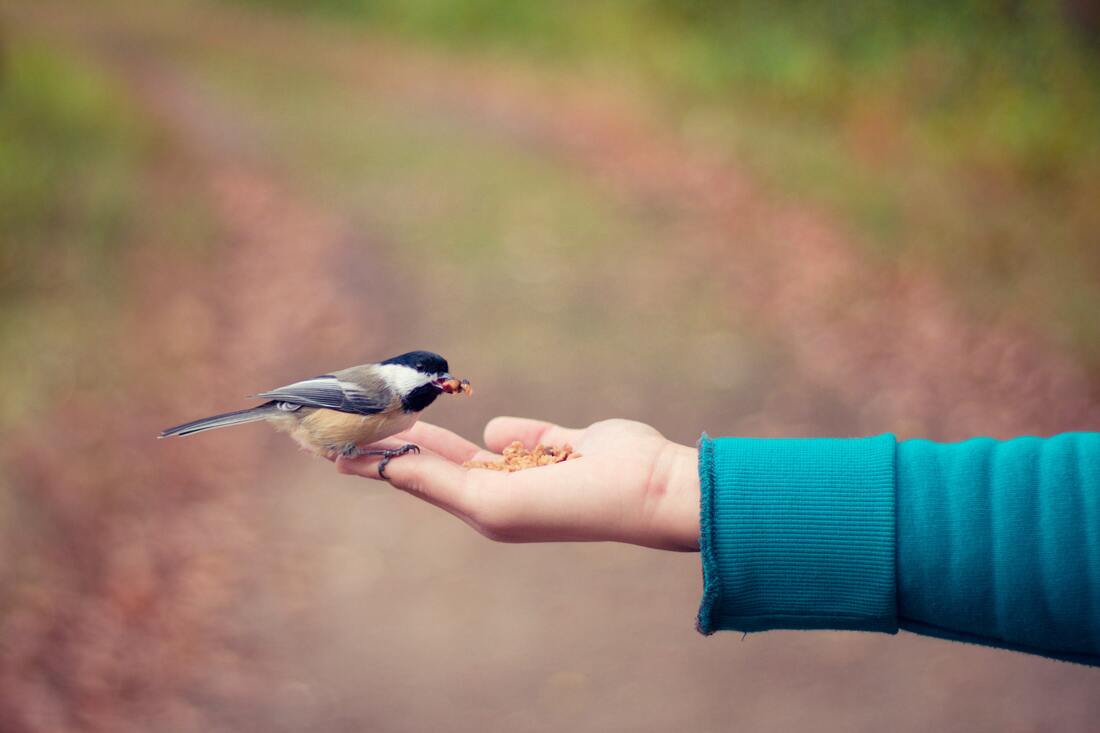 Photo by Bonnie Kittle on Unsplash
Lure Toward Goodness

One last thought.  Is there within our lives, and also within the lives of others, an inner impulse, an inner lure, toward goodness?   Even if we are a combination of good and evil, is there inside each of us an inner spirit which beckons us, relative to our circumstances, to seek the good and to follow its directions?  I think there is.  I see this in many of my Chinese friends all the time.  They may not believe in God, but they believe in Goodness.  To my mind, this inclination to do the good is one way that God is present in every human life, even if the person doesn't believe in God.

So what lies within each human heart?  What is our human nature?  I would say our natures are composed of four realities: our genes and the potentials they carry; the social and historical circumstances of our lives: our feelings and decisions; and the lure toward goodness.  We ourselves lie at the intersection of these four, always shaped by circumstances, and always on the way toward becoming fully human, becoming whole, as best we can.  We are not good or evil, but we have capacities for both.  We are beckoned by the spirit of goodness, lying within our own hearts and minds, to follow the good.

Sometimes we fall short.  Some people call this sin.  But sometimes we do indeed follow the good.  Confucians call this ren (仁).  The wisdom of Confucius is that, in order to follow ren, we can enter into simple human rituals (li, 礼) with a spirit of humility and honesty.  We can live gracefully, in each moment, respectul of our elders, generous in relation to strangers, obedient to the call of the moment, and...so we postmodernists emphasize...grateful for live's diversity.  This diversity includes diverse points of view, such as those of Mencius and Xunzi.  Amid the richness of China's past, she is lucky to have these two mentors, and many others besides.  Your questions prompt me to study Mencius and Xunzi closely.  We are lucky to live in a world where we can seek wisdom from many parts of the world, and humbly try to find our way into the ren (仁) way.
Open Horizons