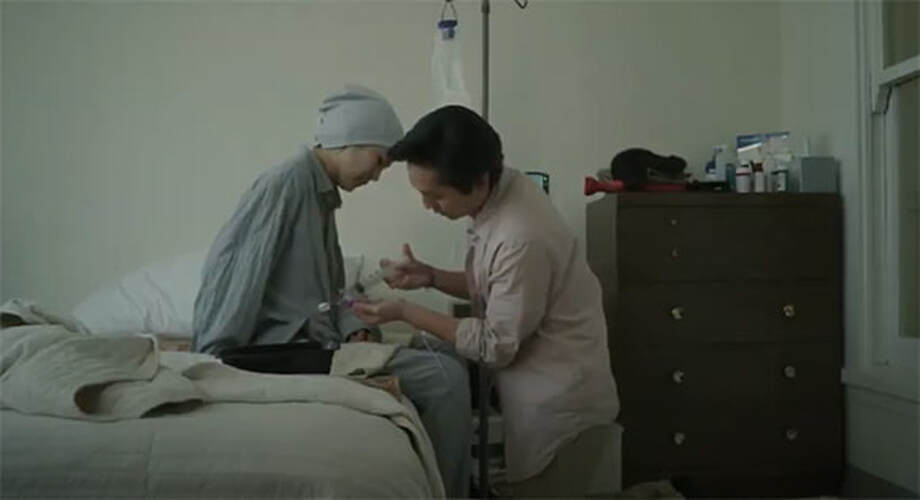 One of the illusions of western modernity is that our “jobs” are what we do in the marketplace, whether we are employees or employers.  For many of us, as our parents age, we come to realize that our real “jobs” are to care for others, including and sometimes especially our parents.  "My job is to be your son."

This is not what the advertisements tell us.  The vloices of Madison Avenue seduce us with the fallacy of misplaced employment: that is, the fallacy of thinking that employment is mostly about making money or earning a living.  Yes, we do need enough money to survive.  We do need food, clothing, shelter, health care, and opportunities for recreation.  But beyond basic needs, the quest for money becomes shallow and sinful.  It misses the mark of full employment.

Full employment is how we use our time and energy to care for others. Full employment is familial and neighborly love, with a desire to add healing and beauty to the world.  Its worth cannot be measured by a paycheck.  The ‘success’ of this work is not merely a matter of making everything alright, but rather of being with’ others in whatever circumstances present themselves: health and disease, happiness and sadness, life and death.  The sacred is in the withness,

Open and relational (process) theologians speak of this withness as strength of beauty.  It is beautiful not because it is pretty, but because it is rich with meaning and value.  There is much more strength of beauty in loving relationships with friends and family, with children and parents, than in financial achievement.  This strength will not be recognized by consumer society, but it will be recognized, so process theologians believe, by the Life in whose heart all lives unfolds.  The heart of the universe, God, is not much impressed by money.  "Luxury" is not a word God understands.  But love and care, depth and tenderness, perseverance and courage, in the nitty-gritty of relationships – these are the things that God loves.  They are full employment.

Moving family drama about a young man
who discovers the healing power of caregiving.

Chang-rae Lee (Justin Chon), a first generation Korean-American, has taken time off from his Wall Street job in New York City and returned to his family home in San Francisco to look after his mother (Jackie Chung), who is dying of cancer.

There is a bond between mother and son and also a break that cries out for healing. To honor their bond and to deal with past hurts, Chang-rae decides to prepare the traditional Korean New Year's Eve dinner his mother always made. The special dish is beef short-ribs where the thinly sliced meat is marinated in a special sauce before being cooked in the oven. The meat is left attached to the bone in order to "borrow its riches." This is a good metaphor for what Chang-rae experiences with his mother.

As narrator, Chang-rae makes it clear that cooking draws us into the present moment and also demands that we give it focused attention and time. This is what he tries to do in his caregiving.

As his mother devoted time and energy to her children, he now handles her treatments and cleans up her vomit. She made a beautiful home for the family; now he repairs a deteriorating wall. She cuddled him when he was a baby; he now holds her foot in his hand when she asks him to.

Chang-rae and his mother reminisce about his school days at Exeter and Yale when she thought he was embarrassed by her. Later she confesses that being a mother was the best part of her life.

Other people try to influence the course of events. Some church ladies stop by to convince them to follow Jesus and accept his love during this time of difficulty. Chang-rae's father (John Lie) advises him to return to his job in New York, assuring him that he will take care of his mother. His sister (Christina July Kim) flies in and immediately insists that they try some experimental treatments, but Chang-rae wants to abide by his mother's wishes.

Wayne Wang has based Coming Home Again on a personal essay by award-winning Korean-American writer Chang-rae Lee, published in The New Yorker. Our experiences, memories, and responses to family are powerful and dramatic. Chang-rae's visit home becomes a chance to work with his emotions as he relates to his dying mother, his adulterous father, and his know-it-all sister.
Near the end of the film, Chang-rae plays Leonard Cohen's much quoted song "Anthem":

"Ring the bells that can still ring
Forget your perfect offering
There's a crack in everything
That's how the light gets through."

Like Chang-rae, we must realize that our quests for perfection in the service of others -- and the failures that often occur -- can be spiritual teachers, letting in tiny glints of light. The cracks in our lives can be wonder workers if we slow down and embrace the mystery all around us. The pace of Wayne Wang's film gives us the time to do just that.

Movies by Wayne Wang
​
Born and raised in Hong Kong, Wang moved to Los Altos, California, in 1967. For two years he lived on a Quaker ranch, surrounded by the unique counterculture of America in the late 60s, and attended college nearby. He eventually got a Master of Fine Arts degree in Film and after a brief time back in Hong Kong, began making films in the U.S. He has made over 22 movies in 44 years. Here are some we have appreciated:
​- Frederic and Mary Ann Brussat
Open Horizons