Whitehead on the public and private

from the Whitehead Wordbook

​In the categories of existence Whitehead pairs subjective forms and “nexūs.” Subjective forms are the way occasions feel the past. They are “private matters of fact.” Nexūs he identifies with “public matters of fact.” A nexus is composed of multiple occasions that are together with one another. My desk is a nexus of molecular occasions, or, if there are no molecular or atomic occasions, of quanta of energy. All the objects of ordinary experience are nexūs: sticks and stones, planets and stars, mountains and trees. So also are what we usually call events. But the denotation of the term extends even more widely. The air in the room and the atmosphere of the entire planet are both nexūs. So are the occasions that are together in an “empty space.” There is a nexus of all the occasions that constitute the entirety of the past of any occasion, that is, its actual world. So extensive is the application of the term “nexus” that it may be easier to understand it by identifying that to which it does not apply. First, a single occasion is not a nexus. A nexus is a plurality of occasions bound together by their internal relations. Second, a class or set, such as the set of all red objects, or the set of all poodles, is not a nexus. Internal relations among these entities do not enter into their identification as a class.

Societies are to nexūs much as actual occasions are to actual entities. Most of the nexūs we have considered are societies. That is, they have “social order.” But there are also “nonsocial” nexūs, which means, nexūs with no social order. The chief example of a nexus with no social order is found in “empty space.” Empty space is not empty of actual occasions. In Whitehead’s view something is going on everywhere, even in a vacuum. There is energy there. But in empty space nothing endures. Accordingly there is nothing that moves and nothing that can be measured. 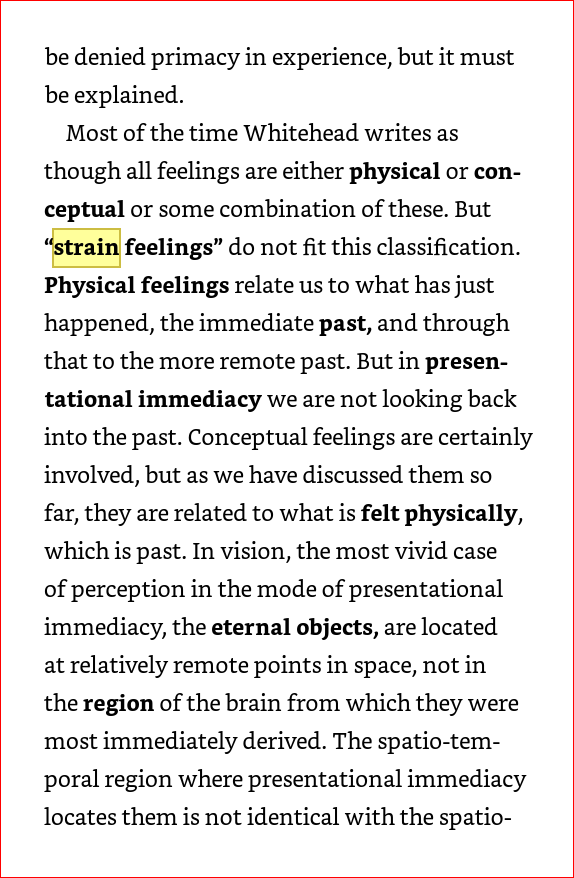 301 B PRESIDENT CLINTON AVE.LITTLE ROCK AR 72201
Everything we see in the world, all the public matters of fact, are nexūs.  Our bodies, trees, rivers, tables, stars, the atmosphere: nexūs.  They are forms of multiple togetherness: that is, multiplicities in which the fundamental actualities of the universe, “actual occasions of experience” or “actual entities,” while individual and unique, are gathered into some kind of togetherness, apart from which they would not exist at all.  The sounds of music are also nexūs, as are all other events such as a football game or a social gathering or a horrible battle.  They are public.  Even the things happening in empty space are nexus.

I thought of nexūs when I visited the Nexus coffee shop in Little Rock, Arkansas.  I asked the owner how she arrived at its name, and she said that, for her, a nexus is a place where things happen together and her hope was that her coffee shop could be a nexus for creative people interested in a better world.  That’s why she calls her coffee shop the Nexus Coffee and Creative.

Needless to say, what’s happening at the Nexus Coffee and Creative is a bit different from what’s happening in a battle or in empty space.  All nexūs have their own unique characteristics.  Still, the Nexus Coffee and Creative is indeed a public matter of fact and hence nexus.  Or, better, a nexus of nexūs.
​
Amid the conversations at the coffee shop there are also what Whitehead calls private responses to what is experienced.  These are, in Whitehead’s words, the subjective forms of the people at the table, as they receive and respond to their conversation partners.  We cannot see these private responses in a public way, but they are as real in their way as are the tables and chairs, the signs and the sounds of the music.  In Whitehead’s philosophy, says Cobb, nexūs and subjective forms are paired.  The public and the private; the visible and the invisible; the music and the pleasure; the violence and the horror.  In the world of process thought we attend to them and respond to them with the words nexus and subjective form.
Open Horizons