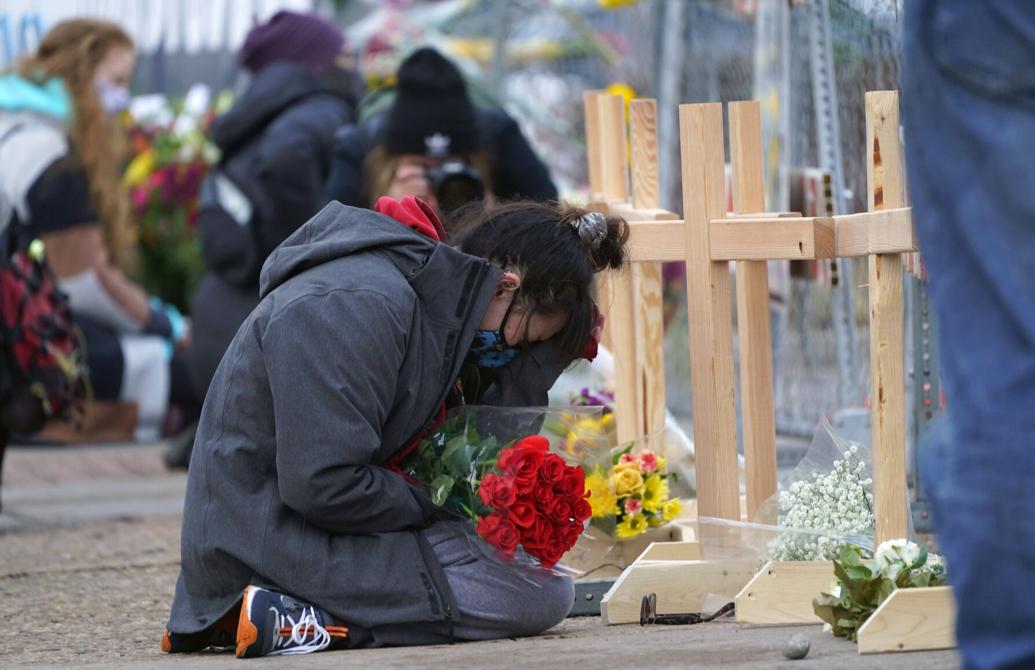 Star Samkus, who works at the King Soopers grocery store and knew three of the victims of a mass shooting at the store a day earlier, cries while kneeling in front of crosses placed in honor of the victims, Tuesday, March 23, 2021, in Boulder, Colo. (AP Photo/David Zalubowski) David Zalubowski

​A Process-Relational Response to Gun Violence
​

​What is a process-relational response to gun violence?  Well, we’re against gun violence, of course.  We think God shares in the suffering of each and very victim, families included.  We believe in horizontal sharing, too: people share suffering across boundaries of race, ethnicity, religion, and political philosophy.  And we recognize, to our despair, that entire people can share violence, too.  In some ways America has a culture of violence, amid which people come to believe that frustrations can be vented and grudges resolved through violence.  Just turn on the television and watch the crime shows, or look at the video games.  The sharing of suffering and the sharing of violence - all of this follows from the process idea that human beings are inevitably and always persons-in-community and that community involves shared feelings, shared ideas, shared aspirations, for good and ill.

Do you think prayer can help?  Yes, we do.  Not that God can unilaterally stop the violence, but, as Marjorie Suchocki says, it can help change the condition of the world that God can then help change.  Prayer affects the one who prays and adds a bit of goodness to the overall culture, which then changes the situation in which God can work.  We in the process world believe that when people pray, someone at the very heart of the cosmos feels the prayer and is affected by it.  The universe carries within it a Deep Listening.  And this Listening responds by flooding forth fresh possibilities for life, given the situation.  Prayer can change the situation.  It’s good to pray.

Do you think prayer is enough?  No, not at all.  We think it prayer is only mininally effective unless complemented by action.  When people limit their responses to well-intentioned prayers, they are being irresponsible and naive.  It irritates even the heart of the universe, even God.  To think that prayer is enough, that all that is needed is prayer, is itself a sin.  It is missing the mark of responding to the call to love, to help build "compassionate communities."  That's our process ideal: compassionate communities.

Then what is needed?  A community-based approach that sees gun violence as a public health issue and then enacts public policies aimed at reducing the violence.

Are politicians up to the task?  Some are.  Some aren’t.  It's discouraging.

How can we help?  Lobby, lobby, lobby for the policies.  And then keep lobbying.  That's prayer in action.  Don't fall into the trap of thinking that a transformation of culture and consciousness is enough.  For a safer society, we need policies, structures, and laws. They, too, can be answers to prayers.

Is there hope?  Already so much hope has been lost.  Let's not pretend that we are asking this for the first time.  But all that you are asked to do, and all that you really can do, is to keep up the non-violent fight to work toward a better way of being together as communities.  And, yes, there is hope.  Not hope for a reversal of the tragedies that have occured, but hope that, if we wake up just a little, we can reduce shootings in the future for our sake and for God's sake.

​How to Reduce Shootings

How to Reduce Shootings By Nicholas Kristof
"More Americans have died from gun violence, including suicides, since 1970 (about 1.4 million) than in all the ward in American history going back to the Revolutionary War (about 1.3 million)."

​How to reduce gun shootings?  Nicholas Kristoff's approach is well worth considering.  He recommends a "public health" approach using auto-safety as a model.  "We don’t ban cars," he writes, "but we work hard to regulate them — and limit access to them — so as to reduce the death toll they cause. This has been spectacularly successful, reducing the death rate per 100 million miles driven by 95 percent since 1921." We can do something like this with guns.  Here are some of the public health policies he recommends.

The first step is to understand the scale of the challenge America faces: The U.S. has more than 300 million guns — roughly one for every citizen — and stands out as well for its gun death rates. At the other extreme, Japan has less than one gun per 100 people, and typically fewer than 10 gun deaths a year in the entire country.

The left sometimes focuses on “gun control,” which scares off gun owners and leads to more gun sales. A better framing is “gun safety” or “reducing gun violence,” and using auto safety as a model—constant efforts to make the products safer and to limit access by people who are most likely to misuse them.

Critics will say that the kind of measures I cite wouldn’t prevent many shootings. The Las Vegas carnage, for example, might not have been prevented by any of the suggestions I make. That’s true, and there’s no magic wand available. Yet remember that although it is mass shootings that get our attention, they are not the main cause of loss of life. Much more typical is a friend who shoots another, a husband who kills his wife — or, most common of all, a man who kills himself. Skeptics will say that if people want to kill themselves, there’s nothing we can do. In fact, it turns out that if you make suicide a bit more difficult, suicide rates drop. Here are the figures showing that mass shootings are a modest share of the total, and the same is true of self-defense — despite what the N.R.A. might have you believe. 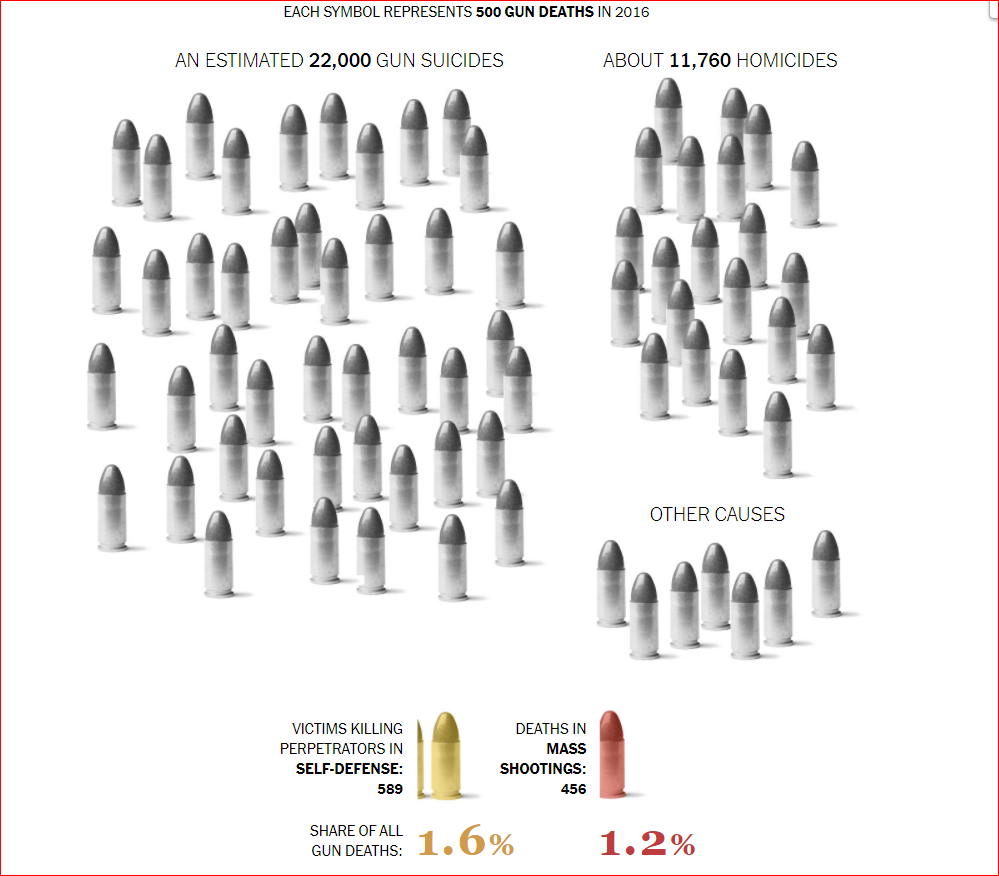 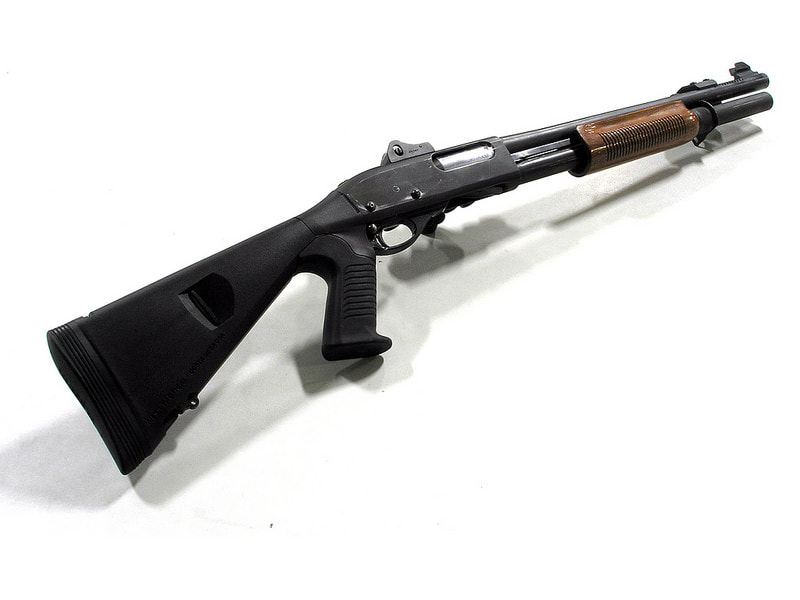