​Novelty Makes the World Go Round

Novelty is a verb not a noun.  We might call it novelling.  It is not escaping the past but remembering it from a fresh perspective.  One way to remember the past is to re-imagine it. In The Road Lydia Ainsworth imagines the past as if it goes on and on forever, always repeating itself. This may seem to contradict the idea of novelty, but it does not.  The very act of imagining it in this way, reminiscent of Nietzsche's idea of eternal recurrence, is an act of novelty.  So is the courage to look at the past and acknowledge what Whitehead calls its givenness, its "objective immortality."  The act of imagining it this way and looking at the past with honesty is itself a new event, not contained in the past itself.  Each act of imagining the past as repeating itself is itself unique, non-repetitive.  Memory and novelty are two sides of one event.

The objective immortality of the past, including past decisions we have made while on the road of life, is inescapable.  Nietzsche invites us to look at the past without regret.  Whitehead invites us, by contrast, to recognize that it always could have been otherwise, and that some past decisions are worth regretting, especially those that harm others.  Remembering with regret is itself a creative act, if it functions to help us do things differently in the present and future.  Lydia Ainsworth's The Road is an invitation to reconcile novelty and memory.  She invites us to say "Let's go on and on one more time, but a little differently." 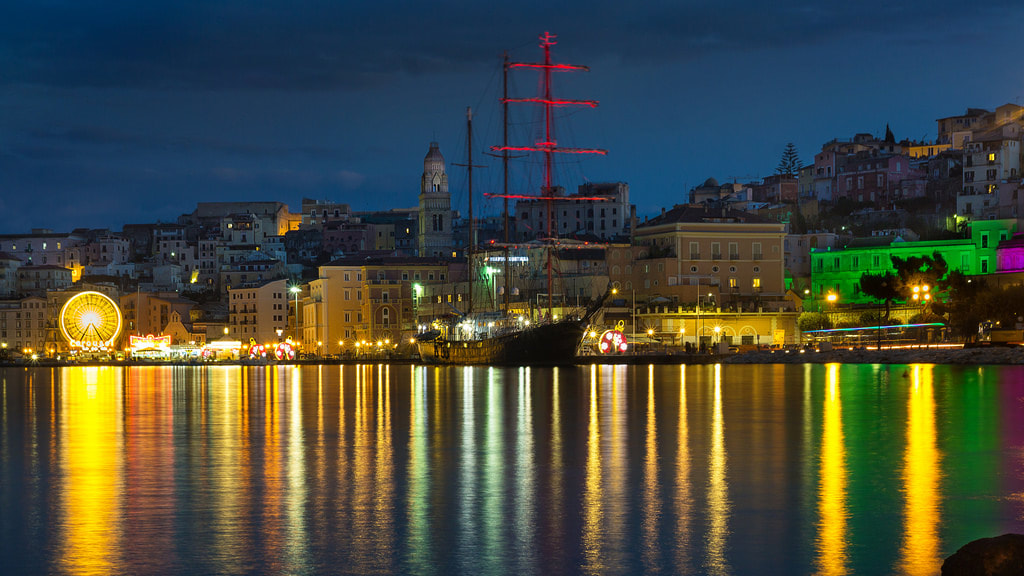 ​Alfred North Whitehead and the
Perpetual Availability of the Novel
​

Every really new idea looks crazy at first...In formal logic, a contradiction is the signal of a defeat; but in the evolution of real knowledge it marks the first step in progress towards a victory.
​
― Alfred North Whitehead
​

​In The Road, Lydia Ainsworth, an avant-garde pop artist from Canada, explores the Bergsonian idea ​​that all sensation is memory.  Whitehead agrees.  In Whitehead's philosophy as in Bergson's, all acts of perception are feelings of past actual events.  If you see a person six feet away, it takes a little time for elements from that person's face to reach your eyes and become part of your brain.  You are seeing the face as it existed a micro-second before you see it.
​
Lydia Ainsworth wondered what it might be like (1) to present this idea in auditory and visual form, and what it might be like (2) if the memories themselves "go on and on" in a way that is repeated again and again.  "Making progress and yet nothing's changing." The Road presents that possibility in an imaginative form.

Interestingly, the very act of presenting the possibility is itself an act of novelty: that is, an act that adds something new to the ongoing history of the universe that did not exist before.  Prior to The Road she had not presented the possibility.  In a certain sense the video contradicts the idea she is presenting, and this contradiction is part of the beauty/

Nietzsche had a similar idea in developing his notion of the Eternal Recurrence of the Same.  His idea was that, in the face of this possibility, we should say "yes" to the circumstances of life and in this "yes" we exercise a power not found in the circumstances themselves.  We should not let the demon of recurrence beat us.  Saying "yes" to our lives -- including our regrets -- is his idea of the good life.

​Of course in human life our memories may not live on forever.  They may die with our death.  But in Process and Reality Whitehead adds that​ the very Soul of the universe remembers all events that occur in the universe everlastingly. This Soul is God and God goes on forever, carrying the memories of the world in her consciousness.

It would be wrong to imagine God's remembering as an act that occurs in some distant place or space. God is the Adventure of the Universe as One. The Deep Remembering absorbs all that happens and recycles their energy in the form of fresh possibilities for the future.​

It is these fresh possibilities that are religiously important.  They are possibilities for novelty: that is, for doing things differently in the present, regardless of the weight of the past.  Lydia Ainsworth puts it well.  Her aim in her music is "to tap into a different spectrum of feeling—one that allows you to use all of your perceptions—and chasing the feeling of magic and aliveness and of seeing things a little differently."  The Road is precisely an invitation to see things a little differently.  It reveals, not the eternal recurrence of the same, but the perpetual remembering of the novel.