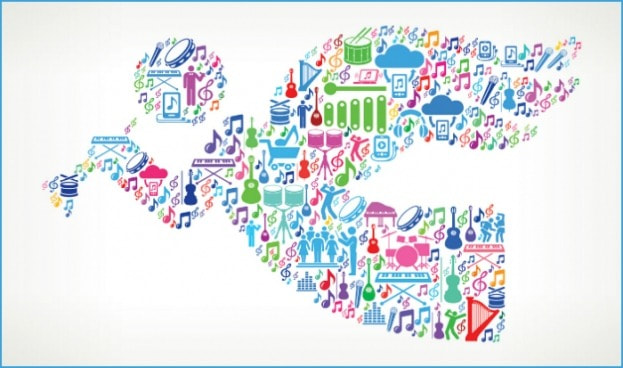 ​
also posted in Spirituality and Practice
​

Not a lot of my liberal friends believe in angels, but I do. I am, after all, a process theologian.

I think pop songs are angels. They fly through the air with their sonic wings, carrying their kinetic pop energy, helping people feel things that might not otherwise feel, relative to the circumstances of their lives. In this they sometimes serve as ambassadors for God, whose hope is that people will enjoy all sides of life: love and justice and silence and tenderness, but also playfulness, imagination, zest for life, connection with others, positive self-regard, dancing, and peace of mind. Pop angels are especially good at evoking the latter forms of enjoyment, although their effectiveness depends on the circumstances and dispositions of the listeners. Think about it: user-friendly angels you can dance with, alone or with others, just by turning a dial or clicking a button.

Pop song angels exhibit what we process theologians call relational power: a power that depends on the participation of others for its fulfillment. This is the only kind of power God has, so process theologians propose, and it is the only kind that pop angels have, too. Not only the meaning of the song, but also its effectiveness in life, depends on the listener. Pop angels cannot exist without listeners. This dependence on the listener is one of the ways that pop angels are postmodern. They take us beyond the modernist preoccupation with unilateral power: that is, with a one-sided attempt to control everything.

Pop song angels help us find the sacred in the secular.

There are other ways pop song angels are postmodern. They disabuse us of the idea that there is a sharp division between the secular and the sacred, helping us traffic in the secular sacred. And they help us move beyond a dichotomy between the bodily and the spiritual: inviting a certain kind of earthiness that includes air and sound, emotions and aspirations, dreams and memes. In their way pop song angels remind us of a good Rumi poem: earthy, biting, evocative -- helping people find the holy in the poignancy and sometimes brokenness of human life.

Pop song angels are postmodern in still another sense. They do not live forever. They are angels for a month, or a decade, or sometimes for several decades. "Hey Jude," for example, has some real staying power. But pop song angels are not necessarily everlasting. Like good Buddhists, they have made their peace with impermanence.

Of course some people don’t respect pop angels, because they don’t like pop music. They may like classical music and jazz, rock music and hip/hop, Americana and country, soul and country. But if they listen to top-40 pop music, produced by the record industry, they are a little embarrassed to admit it, because it seems too light and superficial. Moreover, there are serious critiques of pop music, such as the one you’ll find in a video called The Truth About Pop Music. Its creator, Paul Joseph Watson, offers eight arguments against it:

​Argument #1 – It all sounds the same.
Argument #2 – The lyrics are dumber than ever.
Argument #3 – It’s artificially loud.
Argument #4 – It’s all written by the same people.
Argument #5 – It’s all about sex.
​Argument #6 – It’s not really about anything.
Argument #7 – It is talentless.
Argument #8 – It is only popular because of repetition.

There may be some truth in some of these arguments, or even all of them. But, still, people all over the world listen to pop music as a primary source of inspiration, meaning, and enjoyment. The angelic quality of pop songs is not dependent on the aesthetic judgments of music critics; it is dependent on the tastes of the listener.

Pop song angels are not jealous.

The good news is that the pop angels are not jealous or vain. (Nor is God for that matter.) Admittedly, the celebrities who sing them are jealous and vain; but the songs themselves, as they fly through the air, are independent of the performers and have integrity of their own. The songs themselves do not need to be perceived as “deep” or “authentic” or “aesthetically rich” in order to be angels. Some are light and fairy-like, difficult to take seriously unless you just need to zone out for a bit. But that is their fairy function. In their humility they evoke in us a special kind of wisdom: namely a knowing that some of the most important things in life are superficial and playful, light and fairy-like. Sometimes depth is over-rated.
​
But of course there are many kinds of pop-song angels, and some take themselves a bit more seriously than others. Take “Rolling in the Deep” by Adelle. It’s not a fairy angel at all. It’s an oceanic angel. In the house of pop angels, there are many rooms.
Pop song angels are age-sensitive.

There is another way in which pop angels are postmodern. Rather than proclaiming universal truths to which all should adhere, they proclaim provisional truths relative to the needs of their listeners. In this they exemplify what Buddhists call upaya or “skill” in the means by which they communicate.

To be more specific, pop angels are age-sensitive. The songs that speak to young girls at age 13 are different from those that appeal to their grandmothers at age 64. Click here for a playlist on Spotify called “When I’m 13” and click here for a playlist called “When I’m 64.” And if you’re having a party where you need a playlist for both groups, click here. It is possible that, as you hear some of the songs, you will sing together and maybe even dance.

But my overall point — and I’m serious — is that in a world needful of angels, we can rightly turn to pop songs as among the angels needed, even if, by chance, they are “trashy.” And if we are process theologians, drawn to panentheist understandings of God, we can see the very presence of God in the ways that they introduce people of all ages to various letters in the spiritual alphabet of life. They help people live their lives.
​
It’s time to move past a narrow materialism that sees only sticks and stones as real, but not sound and dreams. And beyond a narrow religiosity that sees “spirituality” only in institutionalized forms of religion, not at parties where thirteen year olds gather to enjoy the music they love. There may be many other forms of angels, also very important. But it may be that, for us in our time, pop songs come closest to the ear and, for some, closest to the heart. Time to dance. 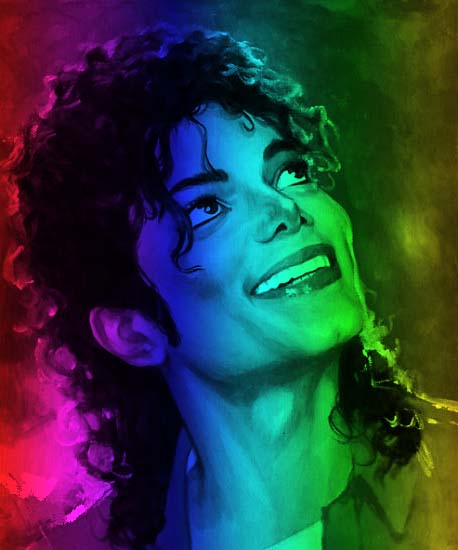