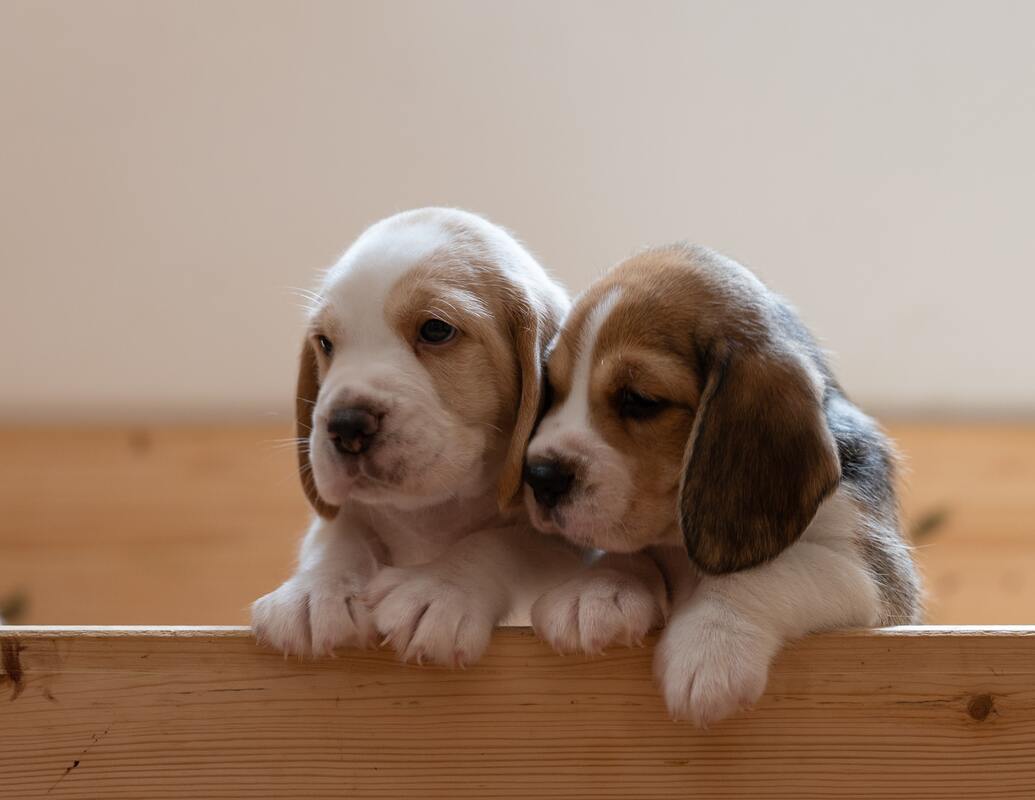 Process and Alcoholism:
Reflections on Recovery in Process

An incredibly sad and nihilistic post arose recently in a Facebook discussion group that I belong to, an online kaffeeklatsch of sorts.  The author was lamenting life, arguing that beauty and the good are illusory and cannot truly exist; that the reality of living is nothing but a bleak, hellish suffering of a meaningless existence.

“And whoever saves a life, it is considered as if he saved an entire world." - Jerusalem Talmud, Sanhedrin 4:1 (22a)”

One of the most beautiful moments of my entire life was simultaneously the most tragic... the moment when I admitted, accepted, and affirmed in my own mind the answer of whether I was indeed an alcoholic.  Dark yet Light, Omega yet Alpha, Hell yet Heaven, all simultaneously.  Completely Opposite states of existing, and yet the Same.  Suffering yet Healing.  And the world became real, different in that one moment, that... Singularity.  I am so grateful.”

Hi.  My name is Kyle R., and I am an alcoholic.   I have remained sober for many years since that first decision, yet I am still, “recovering,” and in process, “becoming.”

In Alcoholics Anonymous (AA) parlance we say that we are “recovering” rather than “recovered.”   This recognizes that the future is open and uncertain, and the possibility of relapse always remains lurking in the shadows.

As our class delved into learning the fundamentals of Process Thought, I experienced a revelation of emerging parallels connecting some of the methodology of AA with Process Thought.  And with that insight, I feel lured and led by God, (my "Higher Power”), into an unfolding of a new perspective of reality, a fresh understanding of community and group, and a new work of art that is each of us in every moment of creation, every concrescence, with novel possibilities in an open future.  Each person decides for themselves the nature of their personal “Higher Power.”  For some secularists, the group itself becomes their “Higher Power.”  For myself, it is God.  Creator Redeemer and Sustainer.  Unconditionally loving all of Creation.  Uncontrollingly seeking a creative relationship with each and all, forever.

Always an alcoholic, yet in working the Twelve Steps1, always recovering… Becoming.

With that first admission that I was powerless over alcohol, came an actual event, a concrescence, and I became.  In every moment since then, so many years ago, I face my ignoble history that exists in objective immortality… my prehensions flood… and I answer the “next” question, moment by moment, whether I shall choose to take that “next drink”?  In AA parlance, we say, “the next drink” to acknowledge honestly, rather than avoiding, the possibility existing in an uncertain future of that “next drink,” regardless of how many years of sobriety we have.  With that choice there also exists the Divine lure of creative, good possibilities that arise in not taking that next drink.  For those unfamiliar with AA, this initial and repeating concrescence is at the heart of the recovery process.

“Second at a time… minute at a time.  One day at a time”2  The importance of our old common AA slogan, eloquently stated by Morgan Freeman’s character ‘Craig,’ to Michael Keaton’s ‘Daryl,’ in the above quote, emphasizes the ongoing and “becoming” nature of recovery.  That moment, the actual event, and concrescence, matters.  Prehensions exist, and novelty is born again with that new second, that new minute, that new day.  A fresh journey and novel possibilities are created within the open and uncertain future.  Our Twelve Promises, voicing our hopes as we work the Steps, include, “3.  We will not regret the past nor wish to shut the door on it.”3  Prehensions matter, but there arises our open choice, to learn not to act on the desire for that next drink.  And therein lies our hope, with an open future of countless possibilities that do not include a necessary drink.  With that open future we can create good.  We can create community instead of opting for unhealthy isolation and social withdrawal into a bottle-prison.  Each new moment contains a continuing, tragic yet empowering reaffirmation of being an alcoholic, facing hopeful possibilities in an uncertain but welcome… and welcoming… future.  This is in stark contrast to the hellish dread of an active alcoholic infinitely falling through the black-hole of self-loathing, depression and dependence; no new possibilities, but only the same bleak do-over routine of temporarily dulling the pain with the next drink, reliving the hell of depression, and a hangover all over again, “Groundhog Day”4 style.

Honesty is the blood of AA.  Rigorous honesty with self was vital for my first admission of alcoholism; continuing the practice of rigorous honesty with self, sponsor and group remains essential for each new moment.  Hearing of “Red Grace” within our class, immediately brought this to mind.  It is this personal honesty that facilitates healing, reinforces courage and insight into making better choices, and builds unity within the group.

With that first admission of alcoholism to a sponsor or the group there exists interconnectedness, unity, and empathy with other recovering alcoholics as they listen.  Similar experiences that exist within each of their own pasts, the objective immortality, create a new actual event and concrescence, in process for the group’s own “becoming” as a community, and a new creation of the group.  And in that moment, there is a new opportunity for both the individual and the group, for creative transformation which comes from God, or their respective Higher Power.

It is in the 12th-Step that the mysteries of sponsorship, group and service are revealed, and the enduring magic happens for many of us: “Having had a spiritual awakening as the result of these Steps, we tried to carry this message to alcoholics, and to practice these principles in all our affairs.”5  Sponsor and sponsee enter a mutually enhancing relationship, that helps the sponsor as much, perhaps more, than the sponsee.  The Group develops its own organic relationship, in Process formed anew with each new member and each sharing of the past.

The 12th-Step opens “service” then, as a fresh source of creative possibilities, for the individual, the sponsor/sponsee, and the group.  This service-work fosters concern for the vulnerable (each member is vulnerable), and through participating (we hope) to save the single life of another and perhaps in grace, ourselves.

From the first moment that an alcoholic walks through the meeting door for the first time, service begins.  Mere presence at the meeting provides novel possibilities to the other members for support of the vulnerable, sharing, honesty, sponsorship, and community unification as a result new opportunities for service to another now exist.

There was a Divine lure that happened to me within a couple of weeks of my last drink and first day of sobriety.  I was jobless and relying on my dwindling savings.  I can vividly remember my new sponsor tough-love-instructing me to find a job, any job, immediately.  By pure chance, (I am convinced a Divine lure), I found an advert from a local PetSmart-PetsHotel searching for “associates,” (a.k.a. kennel worker).  With deep humiliation yet desperate, I called and scheduled an interview the next morning.  There, I discovered that I would be working, “doggie daycamps,” and a full range of kennel duties, of course including being covered in mushy poo.  I took the job.  Thus began one of the greatest adventures of my life.

It was inside those smelly, loud kennels and fenced doggie daycamps that I experienced “Green Grace.”  Because interacting with, serving, and leading the pups, I began to expand my service-world, and find my new voice and dance-steps to living.  Within the first days I began to literally sing to the pups.  Old songs, show tunes, hymns, children’s songs, and building a repertoire for interacting, calming them, and playing with them individually and as a pack.  I became a fool of sorts.  And I began to sense, for lack of a better description, a Divine “smile,” a sense of love, purpose and interconnectedness that was new.  I think of it as “God’s Smile.”  I began to learn an alcohol-free way of empathy, service for others, for the pups, for Creation in those moments.  For all my fear, humiliation and feeling as an utter failure of a human, I learned the gentle truth of Divine Love and Kindness, and a Gift of Grace that lured me to begin participating in an ongoing and unfolding “Musical of Life” again.  And as I sang, danced, and played, I could feel each pup, each pack, reassuring me in their own way of an uncertain yet hopeful future full of creative possibilities for service and interconnectedness, rather than the sad, dark, and nihilistic meaninglessness of an alcohol-imprisoned future.  Journeying through the kennels I came to realize that no matter the service to another creature, my life was being saved also.

I am forever grateful to God for luring me there.

Process in several important ways is fundamental to the efficacy of AA, and I can see it at work in the successful recovery of so many who have journeyed, continue to journey, and create their self-anew in the “Program.”  That creation is simultaneously unifying for the AA group, helping to provide a nurturing, and supporting environment; and it is empowering to a recovering alcoholic to escape living in regressive regret that can lead to destructive choices, and dwindle possibilities to create good, to become a better self, to relate with the Divine.  “Humans are gathered in a web of felt connections, such that they share in one another’s sufferings and are responsible to one another.  Humans can share feelings and be affected by one another’s feelings in a spirit of mutual sympathy.  The measure of a society does not lie in questions of appearance, affluence, and marketable achievement, but in how it treats those whom Jesus called "the least of these" -- the neglected, the powerless, the marginalized, the otherwise forgotten.”6

In the ongoing “Musical of Life,” moment by moment, one second, one minute, one day at a time, the recovering alcoholic creates their better self, better community, journeying away from their privately constructed bottle-hell, and returning home to a relationship with the Divine.  Each of us is a sort of prodigal-child-in-Process.  Alcoholics are solely responsible for their sobriety; the first admission is theirs alone to decide whether to “return home.”  And there is no need in AA to excuse or erase memories of past events, but rather remember them for reflecting; a debriefing for considering better choices, and “what may be created.”  Concrescence, decision, creation of their new self in that moment.  In fact, in meetings for example when a recovering alcoholic shares their “drunk-o-log” with the group, the new self in that moment becomes even more beautiful through contrast with their dissonant chords in the stanzas of objective immortality.  There is satisfaction within self, supported through the community of group encouragement, further guiding the self into healthy discernment of Divine lures and better choices.
​
I left the kennels many years ago for my current career, but my PetSmart PetsHotel shirt still hangs in my closet, a gentle reminder of the stanzas I lovingly sang for the pups in the musical-troupe of “God’s Smile”, and that I will sing again with each new rescue-pup in my ongoing service work.
Open Horizons