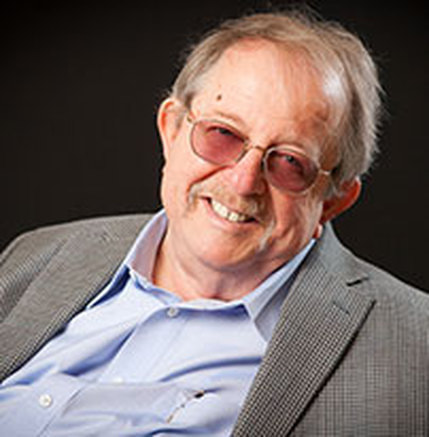 Les Muray passed away, or shall I say moved forward, on July 21. 2019.  He was a powerful and influential partner in the process circle, and an exemplar of the process way at its best.  He did not promote himself, he was not feverish for 'recognition.'   He was a humble, open, compassionate man who loved cats, the Boston Red Sox, his mother and father, the Boston Celtics, his friends, Hungary, the eucharist (he was an Episcopal priest), democracy, Buddhism, classic rock, process philosophy and theology, humor, Paul Tillich, the mountains of New Mexico, and Nicholas Berdyaev.  When kindred process thinkers turned to him for guidance, they often sought his views on politics and political philosophy.  He was quick to be an advocate of biocracy: that is, a society that listens to the voices of all, not human beings alone.  But he also had a mystical side, a quiet side, a side that knew aloneness and sometimes loneliness.  He was a complete human being, ahead of his time even as having passed away. We do well to follow his example.  We remember him and anticipate becoming more like him.  Thank you, Les.  We miss you.

​Like all of us, I am a person of multiple identities.  Being an immigrant and having grown up in three countries (and having lived briefly in a fourth), this gets complicated with multiple ethnic, national, cultural, linguistic, and religious identities.

I was born in Budapest, Hungary in the late 1940s, shortly before the country became Communist and the People’s Republic was declared. A Stalinist regime that ruled through terror reigned during my early childhood. My father was arrested on the very day that Stalin died and was imprisoned for nine months. Two years later, he was imprisoned for three months. The fate of political prisoners like him depended on the outcome of post- Stalinist power struggles.

I spent the first eight years of my life in Hungary. I finished first grade and started second grade there. At an early age, I imbibed Hungarian culture, music, literature, and history. My parents took me often to museums and places of historical significance. They would take me for daily walks through Budapest. Like many European cities, Budapest is filled with squares, large and small, most of them named after a historical person whose statue was prominently displayed in the square. I asked my parents about lives and histories of the people honored by those statues. In addition, my father read poetry and literature to me; I listened to Hungarian music on the radio and learned to play it on the piano. Moreover, it goes without saying that I loved (and is still do) the rich Hungarian cooking on which I grew up.

Following the suppression of the Hungarian Revolution of 1956, my parents and I escaped to Yugoslavia (my father was born 1 ½ km. from the Croatian border), where we lived in refugee camps for four and a half months, after which time we got permission to go to France. We lived in France for two years. I became (and remain) a Francophile, lover of French cuisine, movies, and devotee of the ideals of the French Revolution. French became my second language.

After two years, my family came to the United Sates in August, 1959, to the Boston area to be more precise. I was ten years old and did not speak a word of English. I learned it very quickly. My Americanization was very quick—not only did I learn the language, I started to eat hamburgers, listening to rock ‘n roll music, and, perhaps most telling of all, rooting for the Boston Red Sox (baseball) and the Boston Celtics (basketball), something I have done ever since, regardless of where I have lived.

Much as I did in Budapest, Paris, and Versailles, I loved to go to historical places in the Boston area. I came to love American and American history. I internalized the noblest American ideals of and aspirations toward democracy—and was particularly anguished when I saw evidence of my adopted falling short of those ideals and aspirations.

As I was getting increasingly Americanized, my mother tried to keep a Hungarian island in our home. We always spoke Hungarian at home and for the first year or so my father would read Hungarian poetry and literature. With the passage of time, I came to watch the popular Western Rawhide (with Clint Eastwood) and the popular cartoon The Flintstones instead. I appreciated Hungarian culture and history; I was proud of my Hungarian origins. But I just plain wanted to be an American—like my friends. My parents were stricter than most American parents. In addition, my father had an incorrigible Henry Kissinger like accent while my mother spoke broken English.

No matter how much of a Hungarian island my mother tried to keep, I came to realize that it could not help but be a hybrid. No matter how Hungarian, it was in the United States of America, taking on a distinctly Hungarian-American flavor. We all felt varying degrees of comfort in both worlds. My mother started to cook hamburgers once a week—with Hungarians spices!

I also started to realize that I felt comfortable among fellow Hungarians, that we shared a language, a culture(s), history, especially if one was of the “’56-er” generation, a world into which it was very difficult for most Americans to enter. I came to identify myself, and still do, as a Hungarian-American with a fluid, dynamic, ever changing identity.

When I started going back to Hungary in the early 1990s, started reading more of the history and literature, the more this dual identity became pronounced. This was even more so when I moved back to the Boston area in 2001. Here, my Hungarianess, memories of my parents, my Americanization all converged. The creative synthesis of my multiple national and ethnic identity continues.

Part of my multiple identity is my rootedness in the Christian tradition. I was raised amidst the colorful pageantry of Hungarian Roman Catholicism. Both of my parents could be described as nature mystics in different ways, my mother combining that nature mysticism with a sacramental mysticism. My father, a devotee of Henri Bergson, was an intuitionist who sought a  reasonable faith compatible with science. He had been a Roman Catholic priest in Hungary; his Roman ordination was accepted in The Episcopal Church in 1966.

Although I went through a brief phase in college when I was not sure what I believed in, I came back to a more mature version of Christianity through my reading of such philosophers and theologians as Nicholas Berdyaev and Paul Tillich. As a student, I discovered process thought and found in it a compelling vision for the modern world and a way to make sense of my Christian roots.

Although I have Christian “roots,” (like my father, I am an Episcopal priest), I also have wings: an openness to the new, to traditions other than my own. I feel perfectly comfortable in appropriating insights from other traditions. For example, internalizing aspects of Native American views of the land and approaches to the non-human natural world are integral to my Christianity.

Even more important has been my exposure to Buddhism. Although I am a poor practitioner of Buddhist meditation, I have been so influenced by Buddhist notions of the self, the no-self, quite similar to the view of the self in process thought, that I find it far more compelling than Western views of a substantial self. Moreover, I have a hard time conceiving of God as anything but Emptiness and Jesus as the incarnation of that Emptiness, the embodiment of the Divine Compassion that embraces all of life.

In process thought and Buddhism, the self is a momentary self that creatively synthesizes data from the past and reaches out to the possibilities of the future. As I constitute myself in continuing moment, I am creatively synthesizing my Hungarianess, my Americaness, my Christianity, and sort of a Buddhism into a rich hybrid, a colorful tapestry that reflects the adventure of the universe and its constituent parts in miniature.

Do you see the self which lies between them?....I don't either. Maybe it's the water.  Buddhists say that the self is not an entity among entities in the past or future.  It is the process of concrescence.  It is fluid, like water.  You cannot grab onto it, but it is who you are.  Buddhists also say that the water has a kind of inner peace to it, even as it unfolds in a spirit of adventure.  A calmness.  Sometimes I feel this, too.  With all the hybridity, theres ia also a peace which surpasses understanding.  Maybe it is the beauty of life itself.  Maybe it is God.

I've been concrescing all my life.  I will until I die...and maybe even after that.  This is the wisdom of no-self.  It is the wisdom of not-knowing things, and not always needing to know.  It means being a self in process, always becoming new, always beginning, but somehow at peace in the beginnings.  Whitehead speaks of this peace as Peace.  That's a nice word.  Kind of Buddhist.  Kind of Christian.  Maybe even a little Hungarian.

Les Muray in Photos and his own Captions 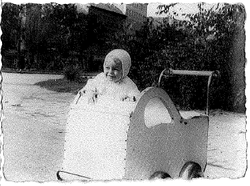 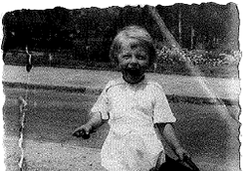 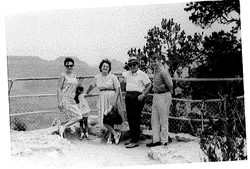 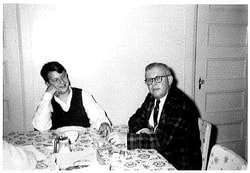 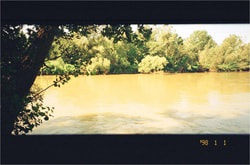 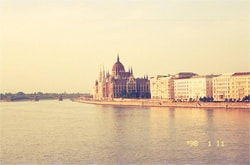 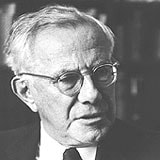